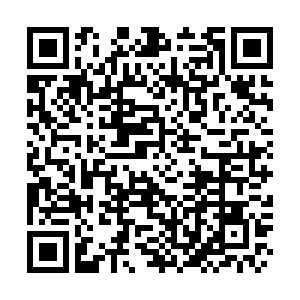 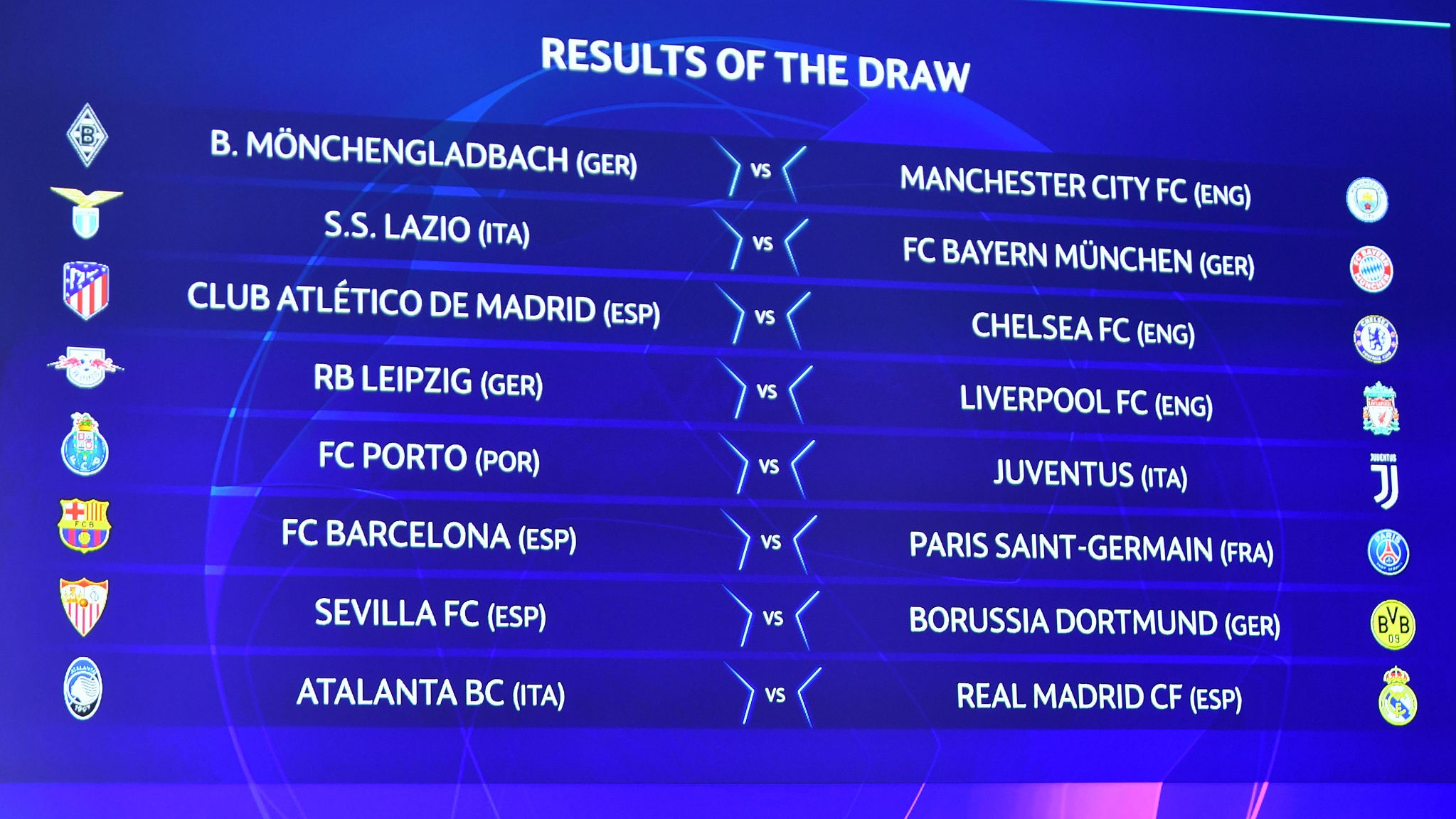 Draw results for the UEFA Champions League Round of 16. /CFP

Draw results for the UEFA Champions League Round of 16. /CFP

The Round of 16 schedules for the UEFA Champions League was confirmed on Monday. Barcelona and Paris Saint-Germain will put on one of the most eye-catching competitions before either of them makes the quarterfinals.

The draw results went as follows: 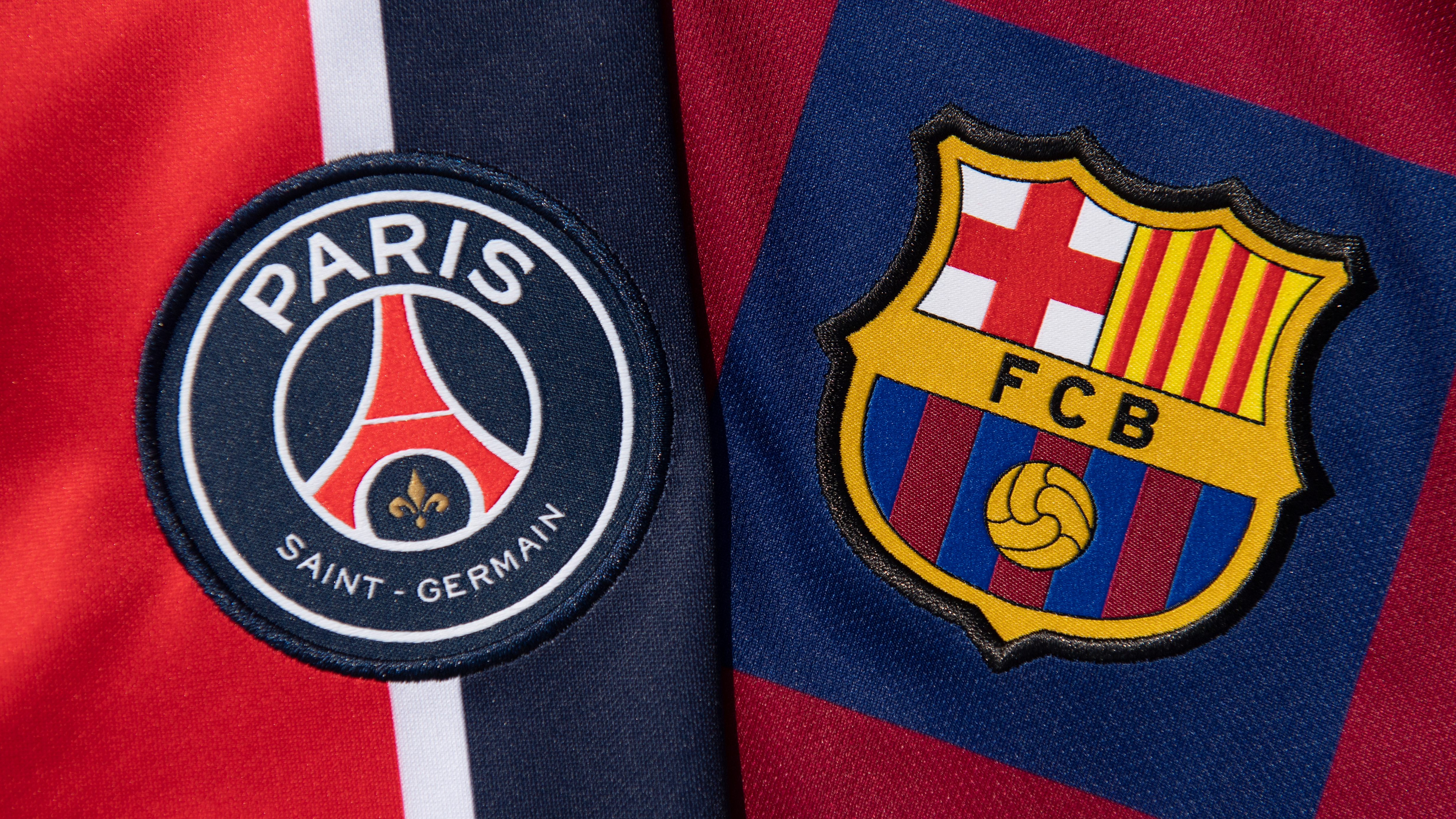 The last time Barca and PSG met four years ago, the two teams told one of the most dramatic stories in Champions League history. First PSG beat Barca 4-0 at home. Then Barca came back in a 6-1 smashing win in the second-leg to knock PSG out.

Neymar told reporters that he always wanted to meet Messi on the field before the draw. Good for him, he got what he wanted. 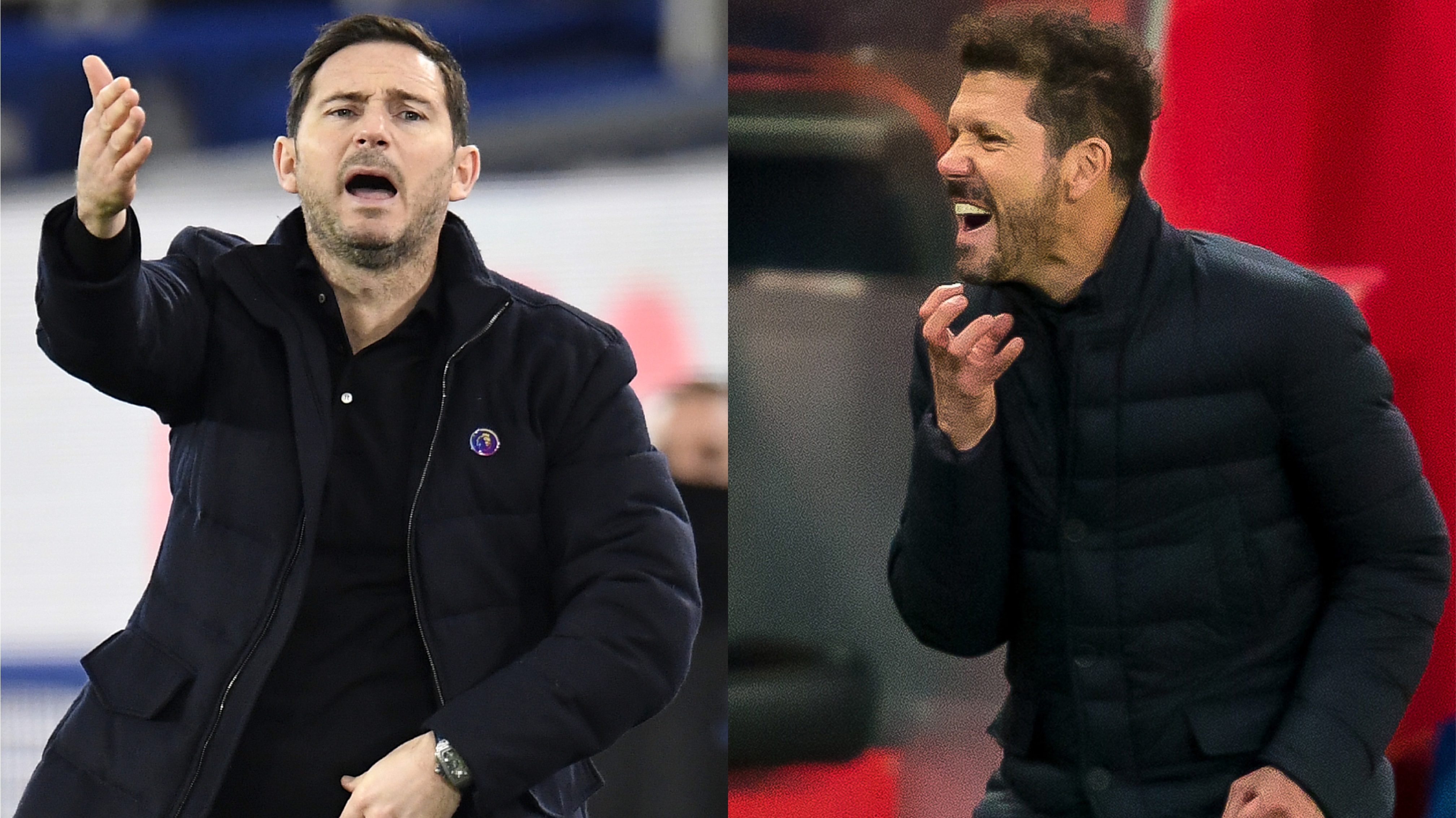 Having spent over 240 million euros (about $29.2 million) on the transfer market, Chelsea are after nothing but titles. Nonetheless, their 6win-4draw-2loss record and the No. 5 rankings in the Premier League are hardly satisfying.

By contrast, Atletico Madrid shares the same points with Real Sociedad that tops La Liga at the moment, and Atletico played two fewer games. The Red and Whites have been relying on their mart, tough defense, which can hit Chelsea right where it hurts the most. 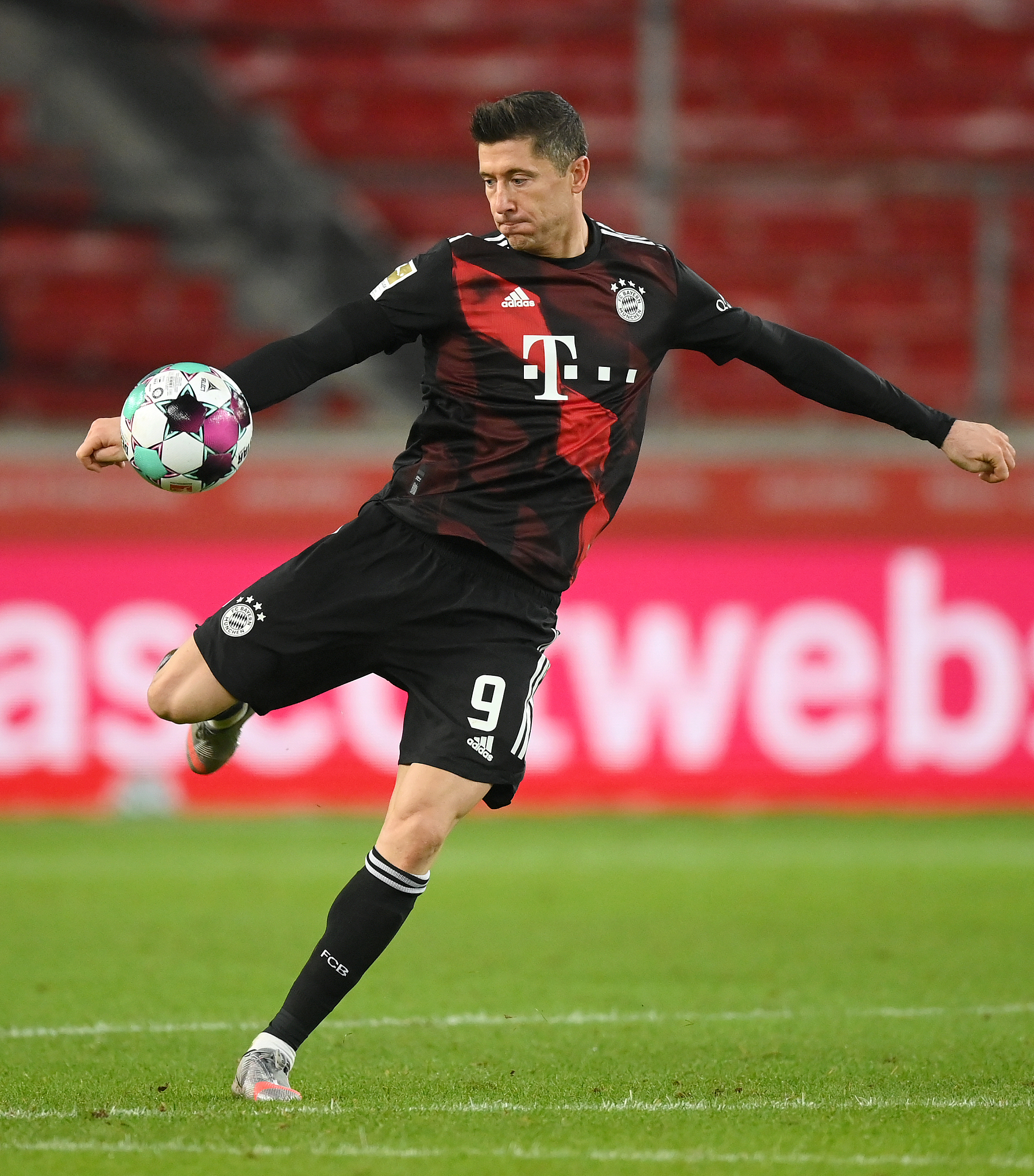 Robert Lewandowski of Bayern Munich shoots the ball in the Bundesliga game against VfB Stuttgart at Mercedes-Benz Arena in Stuttgart, Germany, November 28, 2020. /CFP

Robert Lewandowski of Bayern Munich shoots the ball in the Bundesliga game against VfB Stuttgart at Mercedes-Benz Arena in Stuttgart, Germany, November 28, 2020. /CFP

Man City, Bayern Munich, and Real Marid must be smiling at the results because the three basically will meet the weakest opponents in the knockout stage.

Mönchengladbach are struggling in Bundesliga at the moment, ranking No. 8 with a 4W-5D-2L record. They failed to win any of the past four games in the domestic league and UCL. It's hard to imagine they can cause any trouble for Man City.

Lazio's luck is even worse than that of Mönchengladbach. The Italian club's No. 9 rankings in Serie A and their 2W-4D group stage record have made them probably the smallest barrier on Bayern's way of reigning the championship. By the way, Bayern kept a 6W-2D record in the past eight games against Serie A teams.

Atalanta B.C. impressed Europe last season with their splendid offense, but the dark horse halo cannot shine forever. Currently, they only rank eighth in Serie A with a 5W-2D-3L record. Moreover, Atalanta's core player Papu Gomez is reportedly at tension with manager Gian Piero Gasperini. Internal conflict is not helpful when they are about to challenge Real Madrid, which beat them 10 out of 11 times already in the past. 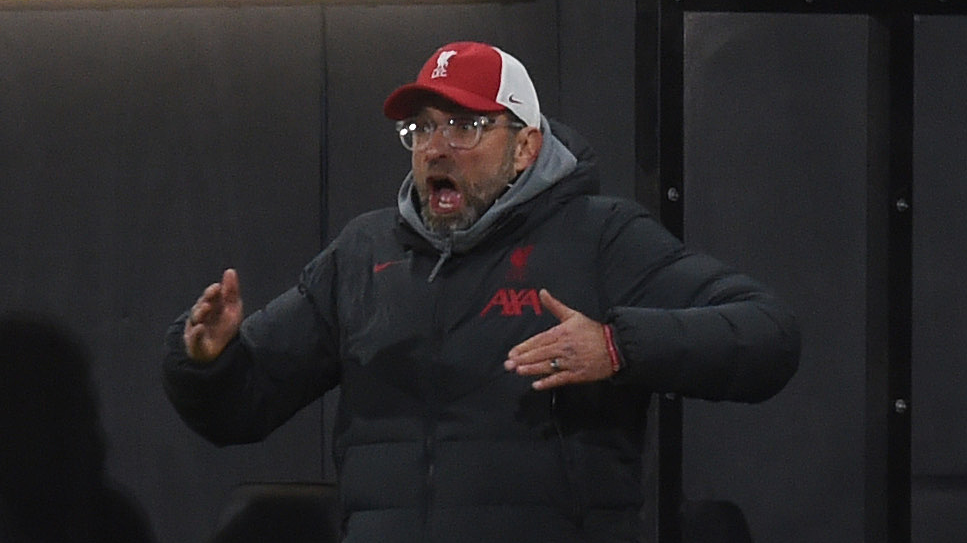 Jurgen Klopp, manager of Liverpool, looks on in the Premier League game against Fulham at Craven Cottage in London, England, December 13, 2020. /CFP

Jurgen Klopp, manager of Liverpool, looks on in the Premier League game against Fulham at Craven Cottage in London, England, December 13, 2020. /CFP

Liverpool, Juventus, and Dortmund are theoretically stronger than their rivals, but they cannot afford to be careless.

The Reds are chasing Tottenham Hotspur closely in the Premier League, but the injury can be their Achilles'Heel. It has been quite a while since Jürgen Klopp saw his complete defensive line. RB Leipzig reached the Champions League semifinals last season and eliminated Manchester United in this season's group stage. Anything can happen in two-leg games.

Porto are the only team that does not come from the major five leagues – Premier League, La Liga, Bundesliga, Serie A, and Ligue 1 – in the Round of 16. Juventus fans are confident their team will win, just like they were before the Old Lady was eliminated by Lyon and Ajax last and the season before last, respectively.

Usually, you don't need to worry about meeting Sevilla unless you're in the UEFA Europa League. However, Dortmund just fired their manager Lucien Favre after their disappointing 6W-1D-4L record in Bundesliga and the 5-1 painful loss to VfB Stuttgart at home. The Black and Yellows have to worry about how to put the team together first before making a plan for the Spanish opponents.