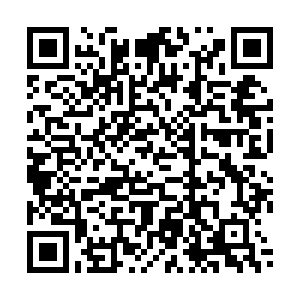 Kwon Yul-I, a South Korean girl who is popular in China as a meme girl.

Kwon Yul-I, a South Korean girl who is popular in China as a meme girl.

From Pikachu to Lion King to Winnie-the-Pooh, from smirk boy Gavin to meme kids, like Kwon Yul-I and Song Min-gook. People naturally love these cute and naive characters.

The love has pushed many to make short videos and do live broadcasting with kids shown in the camera. Some lucky video makers worldwide have become really successful, racking up millions of views a day and then translate them into hefty paychecks thanks to ad revenue and appearances.

In China, there hasn't a national child internet celebrity yet, popular meme kids like Gavin, Kwon Yul-I, and Song Min-gook are all foreigners. While with the rapid rise of social media platforms like Douyin and Weibo, numerous parents, children, and MCN organizations all want to create the next Chinese internet celebrity child. Some are rushing to this, and some are unavoidable.

CGTN reached out to several vloggers who make videos with child-related content and have millions of followers on Douyin, the Chinese version of Tik Tok. Let's meet these young internet stars and their families.

Gavin Thomas, known as smirk boy, is popular in China.

Gavin Thomas, known as smirk boy, is popular in China.

The owner of the account, Han Dapeng began to make videos last year, and he has already had 5.31 million followers and garnered 43 million likes with just 134 videos.

Han is a fan of filmmaking, different from other parents who shoot their kids in a casual way, recording their kids' fun moments, the father will firstly compose a story, which is usually short but fun, and then write down a shooting list. Based on his script, he and his two daughters will lead the play.

Each of the videos he made costs him an average of five days with subtitles, filters, close-ups, and other film effects. Han said most of the time, he would just set the framework of the story, and his daughters would act spontaneously. "They got a lot of fun from it."

"Though fans didn't say anything about that, I felt terrible. So I reduced ads in my following videos," Han said, "I was just a regular person, but now I earn so much. The internet is really astonishing."

With so many followers, his daughters are viewed by classmates as "Wang Hong" or internet celebrities, a title that was rejected by Han, who thought it would give people a negative impression of his daughters as "Wang Hong" in China is always linked with vanity, plastic surgeries and superficial gold diggers.

Han said some TV programs and shows have extended the olive branch to his daughters, asking them to appear or perform in their shows, but he refused them all as he thought he should not make decisions for his daughters' future. But as the two kids keep growing up, Han has already got a sense of crisis: One day, the audience will lose interest in his daughters who, several years later, will no longer be as cute as they're now, so he decided to create another account, trying to make other types of videos.

Aside from age, his sense of crisis also comes from the platform. "Maybe someday the platform will disappear," Han said.

The owner of the account is a mother of two. After she gave birth to her son, the second child of the family, who is now 32-month-old, she began to upload videos of the child and his elder sister on Douyin as she stayed at home and got plenty of time to shoot and edit.

Until now, she has uploaded 1,958 videos within two and a half years, attracted 4.09 million followers, and gained 0.15 billion likes. She said the result is achieved little by little, not as dramatic as others think.

In her most popular video, which has accumulated over three million likes, her little son was standing next to his 15-year-old sister and trying to grab a bottle of Pepsi-cola from her, a move that almost made his elder sister spit cola out. Trying to soothe the little boy, the sister gave him a fake cola, which is actually an eggplant as long as the cola bottle, but with a Pepsi Cola plastic label attached to it. The eggplant is quite similar to the real cola, so the little boy directly put it into his mouth and then realized it's not cola. At the time, his face oscillates between confusion and astonishment. After seeing this, the elder sister burst out laughing. 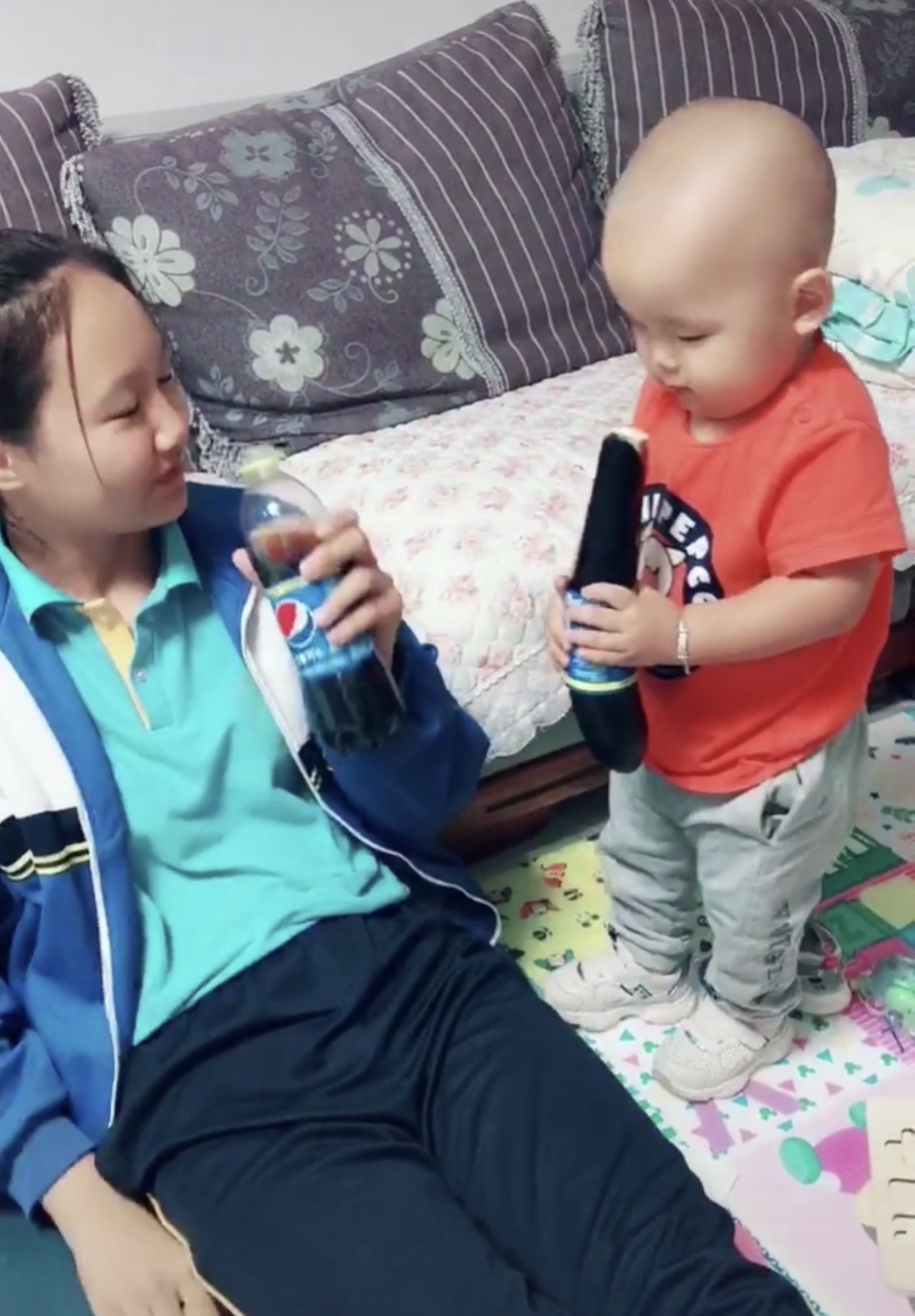 Screenshot from one of the popular videos made by Shuangbao mommy.

Screenshot from one of the popular videos made by Shuangbao mommy.

"Actually, when I began to do this, I didn't have any concept of making my children internet celebrities. I just feel happy when I see so many people love my kids and comment below the videos," the mom told CGTN.

When asked if she has any worries about disclosing her family's privacy through videos, she said it is fine for her and the father, but she is worried about her children's privacy, which she didn't illustrate further.

The mother said that most of her videos come from life, and some of them are based on fun family stories they noticed online. Sometimes, the elder sister will become camera-shy or fall into a bad mood. At such times, she would give up recording and wait.

"Followers like my children and their happy spontaneity, which might strike a chord with them or awaken their inner childishness, playfulness, and hidden personalities," the mom said.

Like Han, most of the money she earned comes from advertising. In her profile on Douyin, there is a yellow label that one can click in and see 33 products recommended by her, most of which are skincare products, and some of them are food and daily necessities.

This account is quite special. Different from other parents and children who show themselves in the video. The owner of this account is an artist who made animated videos that were based half on his creative imagination and a half on the daily life of his family members.

Last year, one of his videos went viral and was viewed over 80 million times, which brought him more than 300,000 followers one time. So far, he has got 3.38 million followers and 25 million likes with his 138 videos.

"I knew I would succeed. I knew it from the beginning because I believe in my creativity," the man who asked to use Baiyang as his name told CGTN, adding so far, he has not reached the ceiling, and he is going to make an animation that is similar to Peppa Pig starting from June next year.

"If I can't succeed on Douyin, how can I fulfill my dream of making an animated movie?" 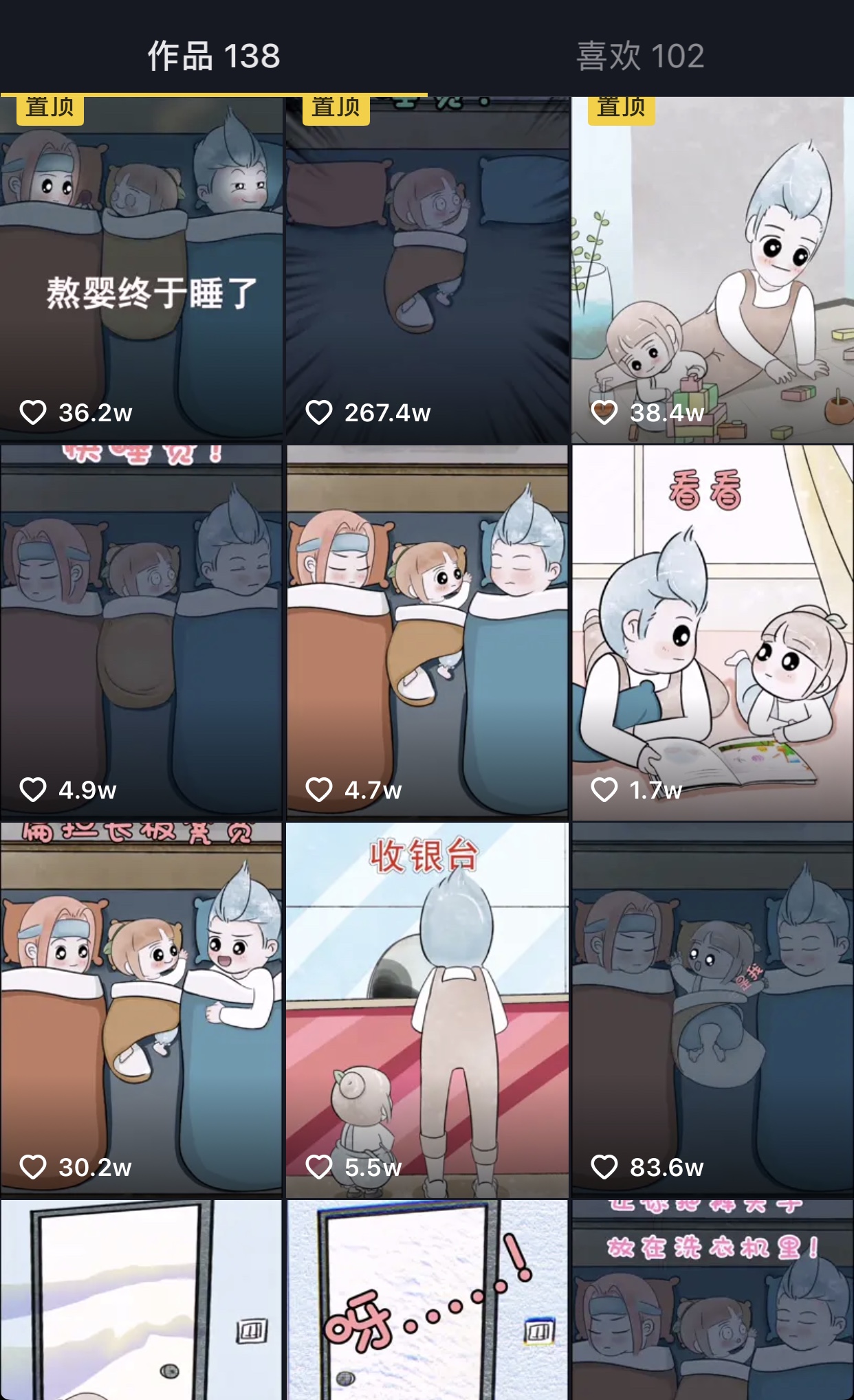 Screenshot from the homepage of the account of "Baiyang and Juzi".

Screenshot from the homepage of the account of "Baiyang and Juzi".

Before he became a full-time video maker, he owned his company, doing marketing, but he didn't enjoy it. Compared with selling products, he had always been dreaming of being an animation producer, so he quit his job, putting most of his energy and time into making short animated videos on Douyin. Though he earned less, he said he is happier.

"I love animation. It's my dream. For me, doing animation is a much simpler lifestyle. I don't like complicated social interaction," the father said.

He hopes that one day when he passes away, he can leave some more meaningful things to his kid and be a proud parent for his daughter.

"When my daughter asked me, 'what do you do'? Or when her classmates ask her 'what does your father do', she can answer them proudly that 'my father is the author of Baiyang and Juzi'!"