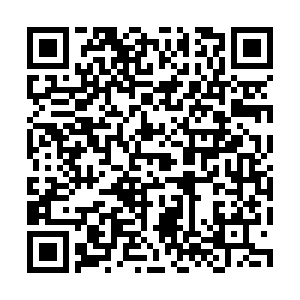 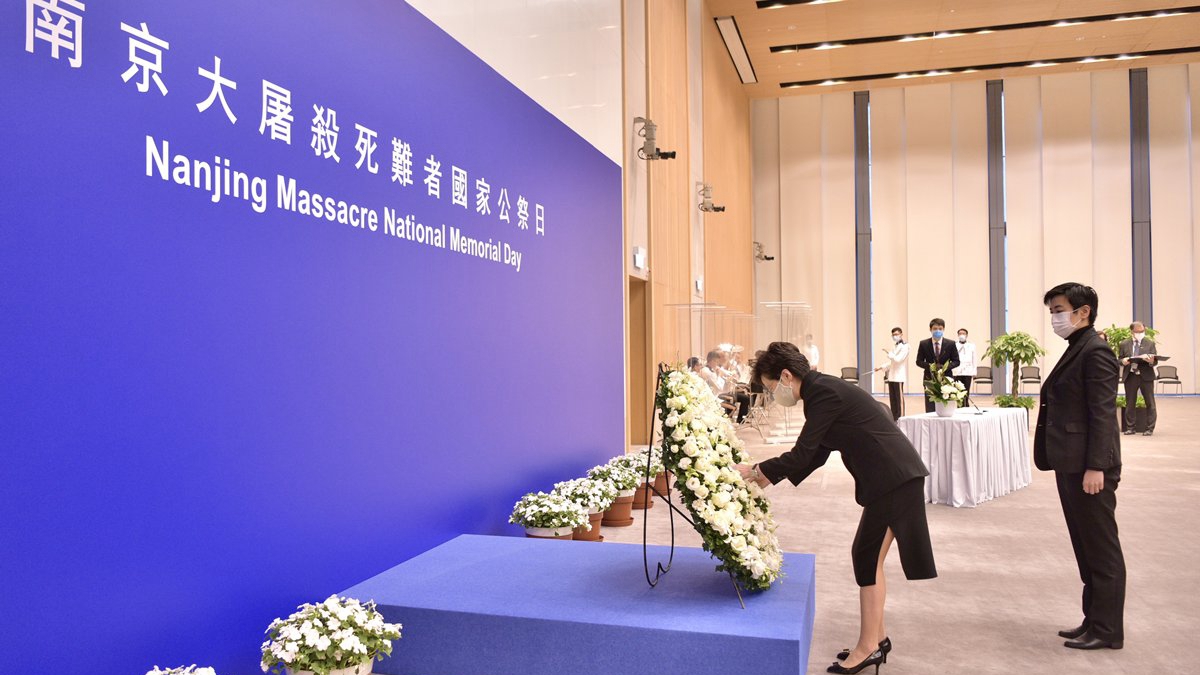 Vice Chairman of the National Committee of the Chinese People's Political Consultative Conference Leung Chun-ying, Chief Executive of the HKSAR Carrie Lam, principal officials of the HKSAR government, representatives of the agencies of the Central People's Government in Hong Kong, President of the HKSAR Legislative Council Andrew Leung and Convenor of the non-official member of the Executive Council of the HKSAR Bernard Charnwut Chan, among others, attended the ceremony and observed two minutes of silence.

Lam laid a wreath in memory of the victims of the Nanjing Massacre and the Japanese war of aggression against China.

The HKSAR government and non-governmental organizations have been holding memorial ceremonies and activities every year since 2014 when China's top legislature designated December 13 as the national memorial day for the victims of the Nanjing Massacre.

The Nanjing Massacre took place after the Japanese troops captured the city on December 13, 1937. Over six weeks, they killed about 300,000 Chinese civilians and unarmed soldiers in one of the most barbaric episodes of World War II.