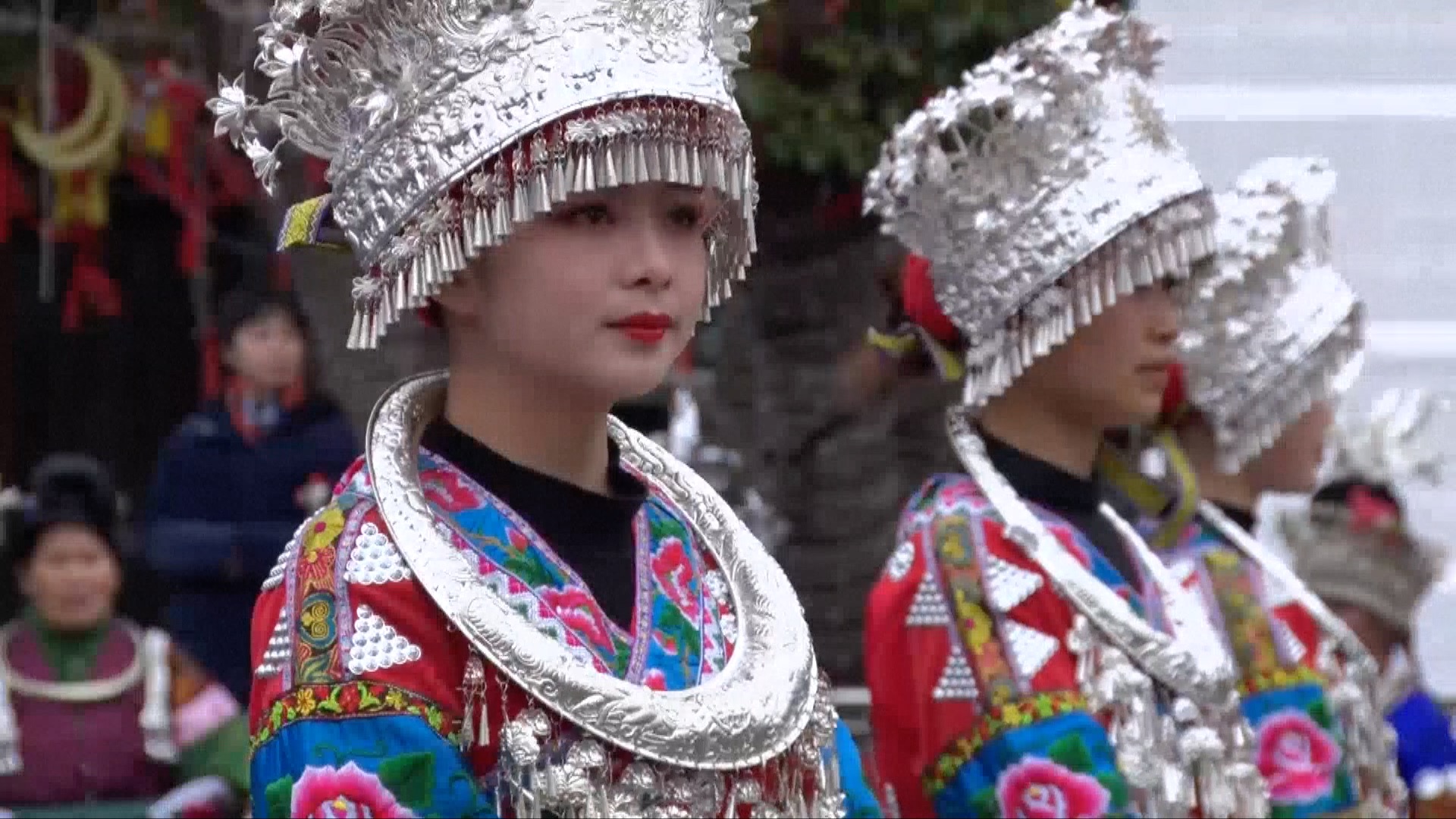 A Miao ethnic group worship ceremony was held in southwest China's Guizhou Province on December 13, and nearly 1,000 Miao people participated in the event to honor their common ancestor Chiyou.

Chiyou was a tribal leader in ancient China. To the Miao people, Chiyou was a sagacious mythical king. However, he was defeated by another tribal head, the Yellow Emperor, who is considered the ancestor of the Chinese people in mythology.

The Miao people gathered at the Chiyou Plaza of Danzhai County, where eight branches of the Miao ethnic group live. Dressed in splendid traditional outfits, the Miao people placed joss sticks, candles, sacrificial food and rice wine on the altar as a way to pay tribute to Chiyou.

Many of them also sang special sacrificial songs, played the lusheng, a reed-pipe wind instrument, and danced together to glorify Chiyou in an ancient way.

Dressed in their colorful traditional outfits with glittering decorations, the Miao girls first served the ancestor, then brought down rice wine from the alter and presented it to tourists to share in the joy of the festival.

"After paying tribute to Chiyou, we share the rice wine with our relatives, friends and respected leaders. We send them blessings and wish all the best to their offspring," said Long Yongchao, a preacher who performed at the ceremony.

The grand event attracted both the local Miao people and flocks of tourists who came from afar to witness the ritual.

"To me, this place is steeped in the Miao culture. Their characteristic costumes, lusheng performances, and headwear are all very charming," said Kuang Jun, a tourist.

The Chiyou worshiping festival is a time-honored tradition. It was included in Guizhou Province's second batch of Intangible Cultural Heritage List in 2008.