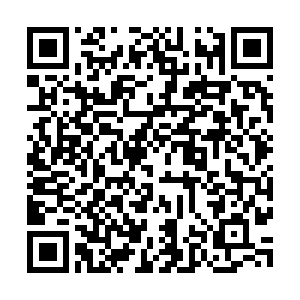 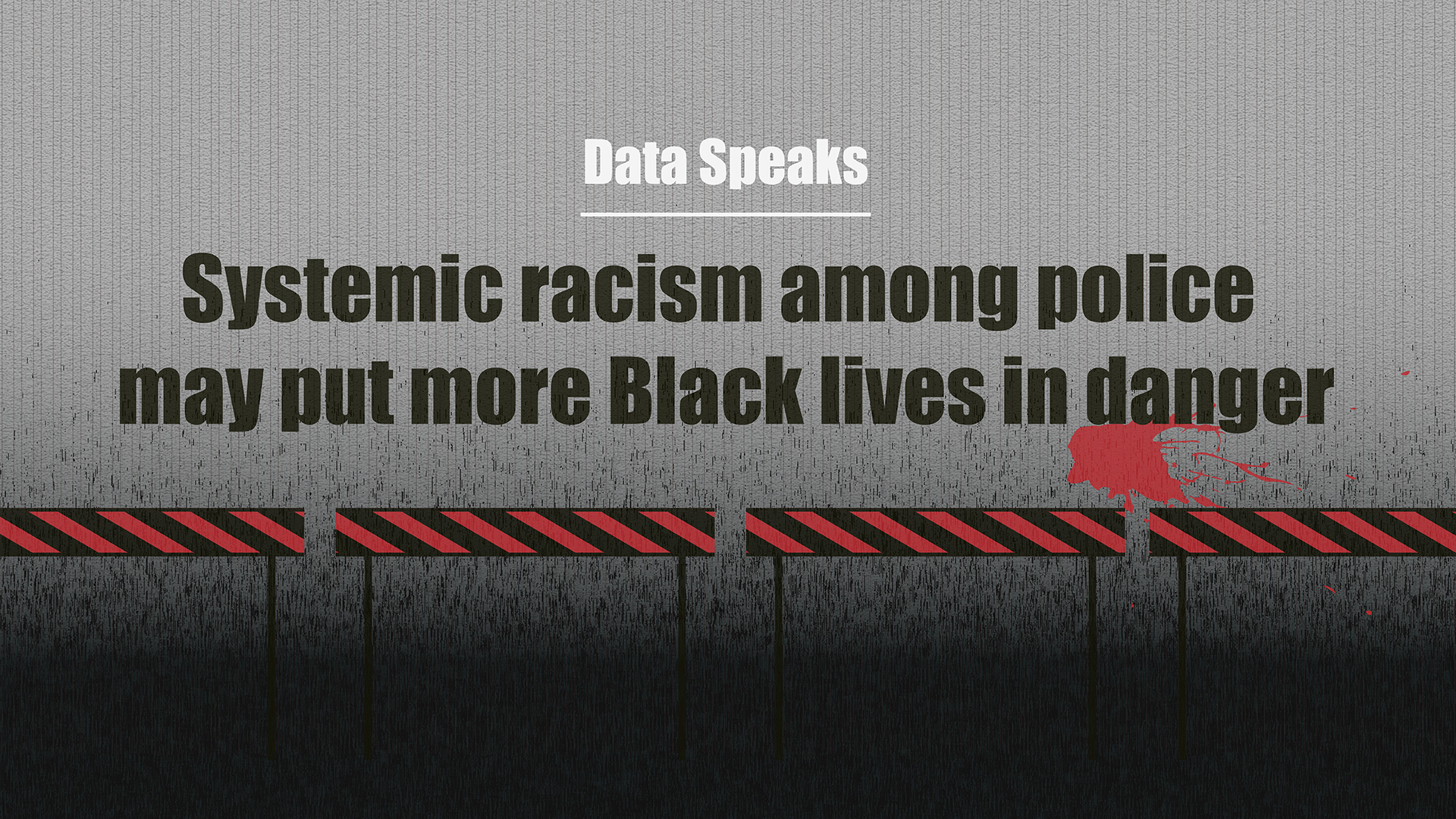 Following a traffic stop and car chase on October 20 in suburban Chicago, a police officer opened fire on an unarmed Black couple. Nineteen-year-old Marcellis Stinnette died and his girlfriend, Tafara Williams, was wounded. 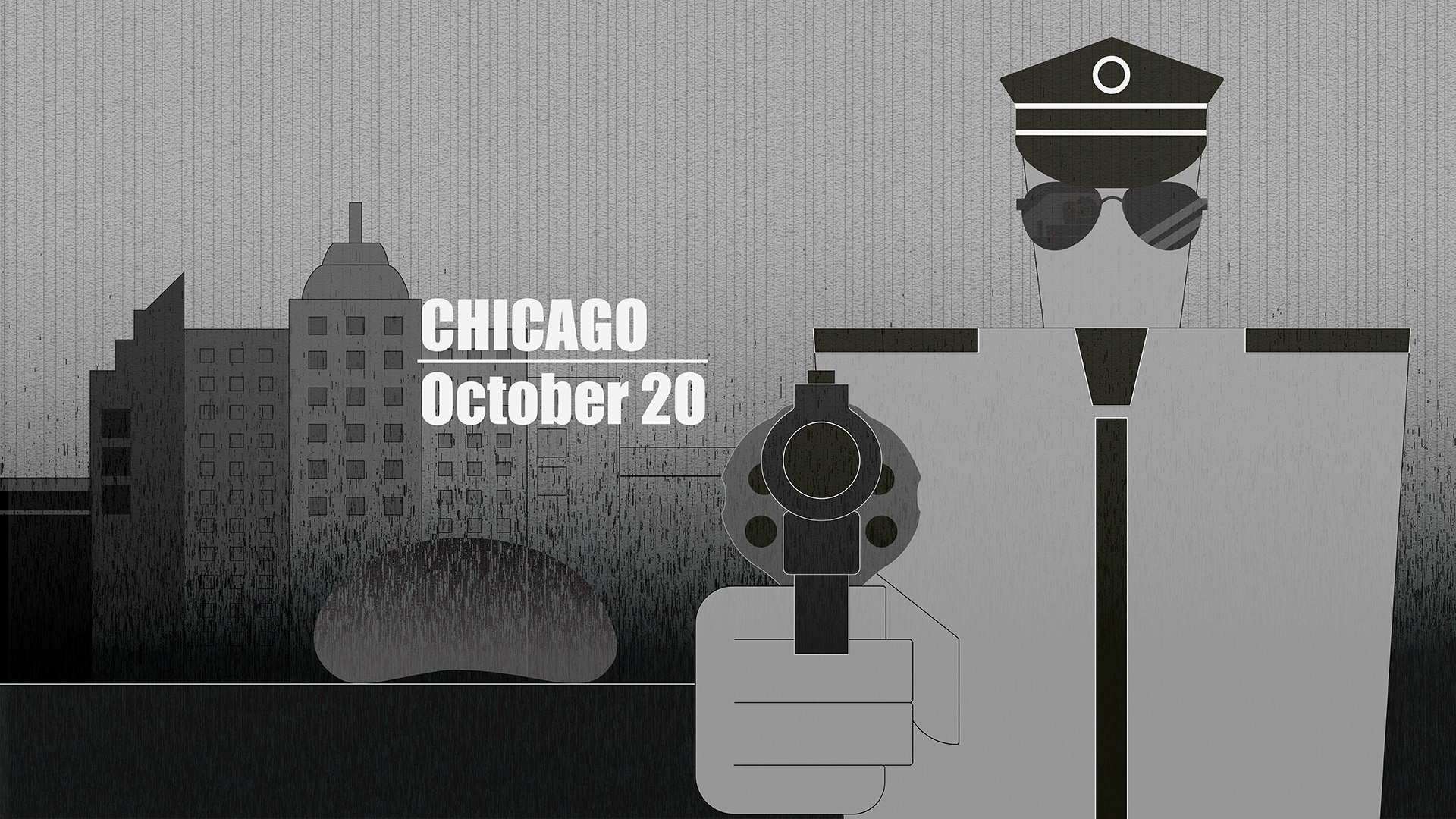 So, why are Black people subjected to police violence in the U.S.? An underlying reason is systemic racism, which is deeply rooted in some police departments and echoes through racial profiling at traffic and pedestrian stops, as well as the use of excessive force.

A Stanford-led study of traffic stops across 31 U.S. states reveals that Black drivers are stopped at 1.4 times the rate of non-Hispanic whites, yet the Black population is only one-sixth of the white.

Take Chicago, Illinois, where the shooting of Stinnette took place for example. Data from the Illinois Department of Transportation shows that in the past five years, on average, 60.6 percent of traffic stops were of Black people, double the average for Chicago's population – 30.1 percent. 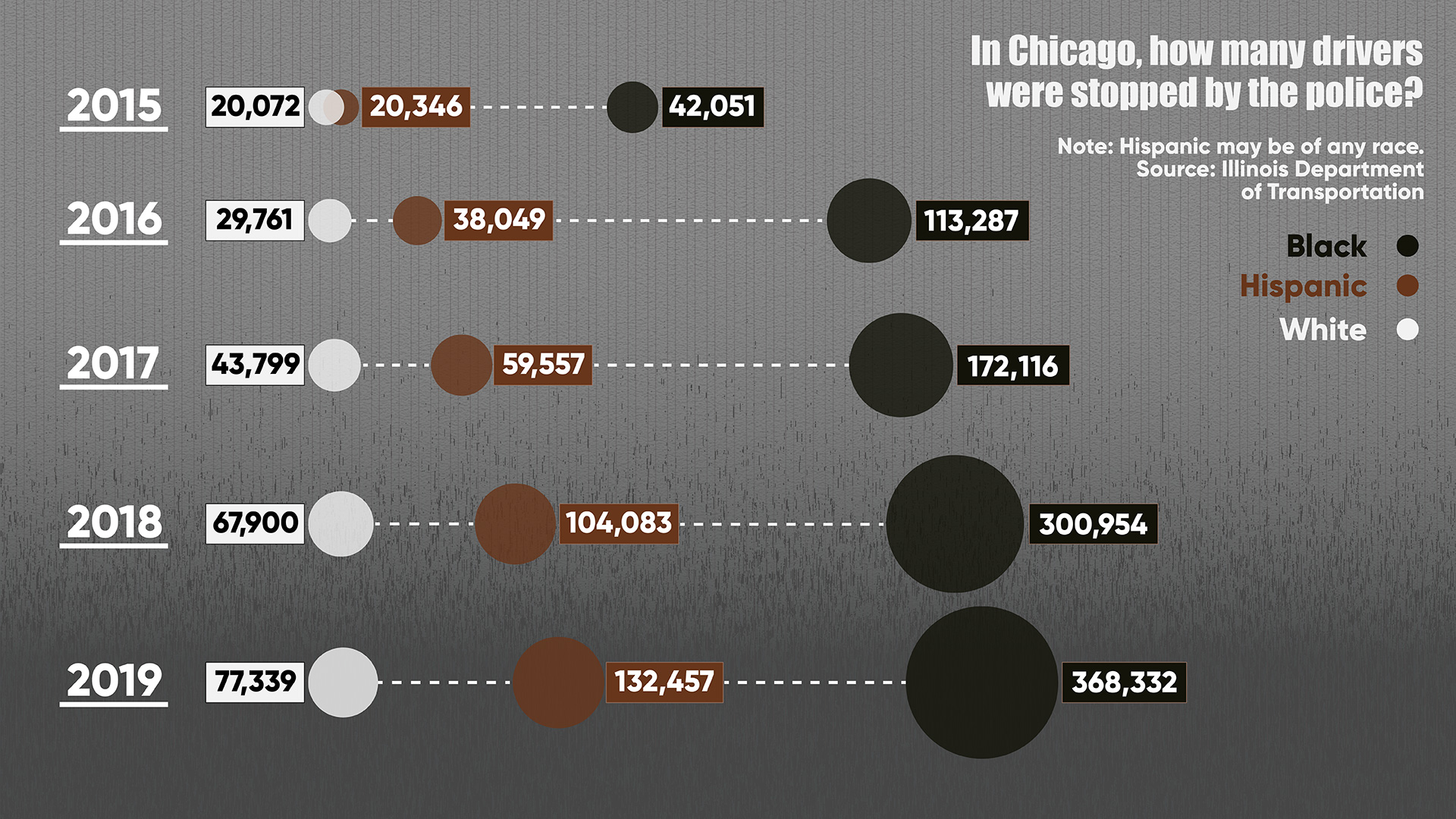 When it comes to pedestrian stops, the practice of racial profiling is even more evident.

In a Pew Research Center survey, 44 percent of Black adults said that police have unfairly stopped them and 65 percent of them were considered "suspicious" in public settings, outstripping other racial groups in similar situations. 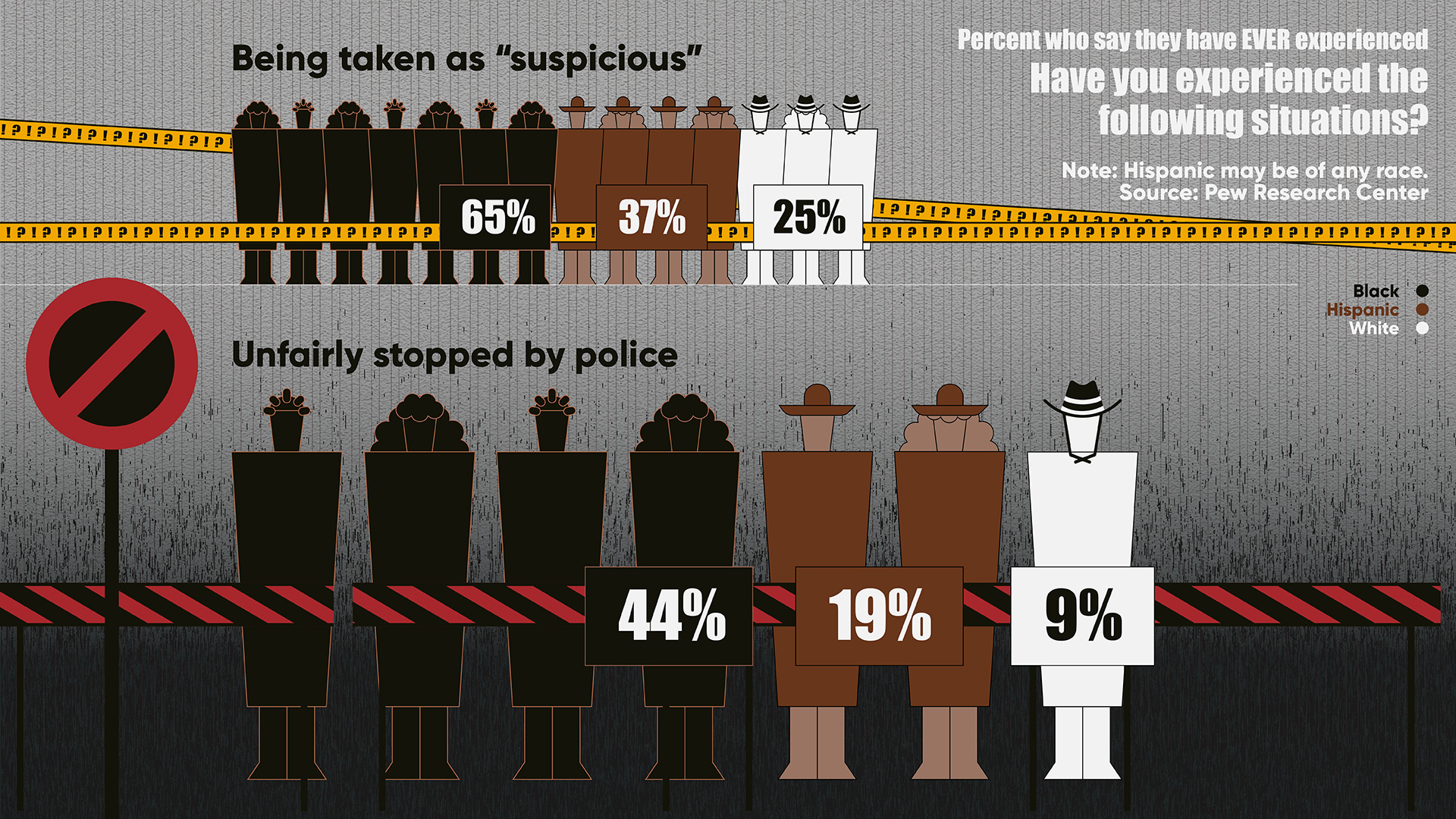 "Looking suspicious" can trigger police on patrol to suspect, stop or even arrest someone.

In New York City, the most populated area in the U.S where Black residents make up 24.3 percent of the city's population, the New York Police Department (NYPD) launched a "Stop-and-Frisk" program in 2002, permitting police to stop, interrogate and search pedestrians in the city if the officers have a "reasonable suspicion."

However, the NYPD's data from 2002 to 2019 reveals that although the total number of reported stops has plummeted, Black people still accounted for 51.7 percent on average, five times more than their white counterparts at 9.37 percent. 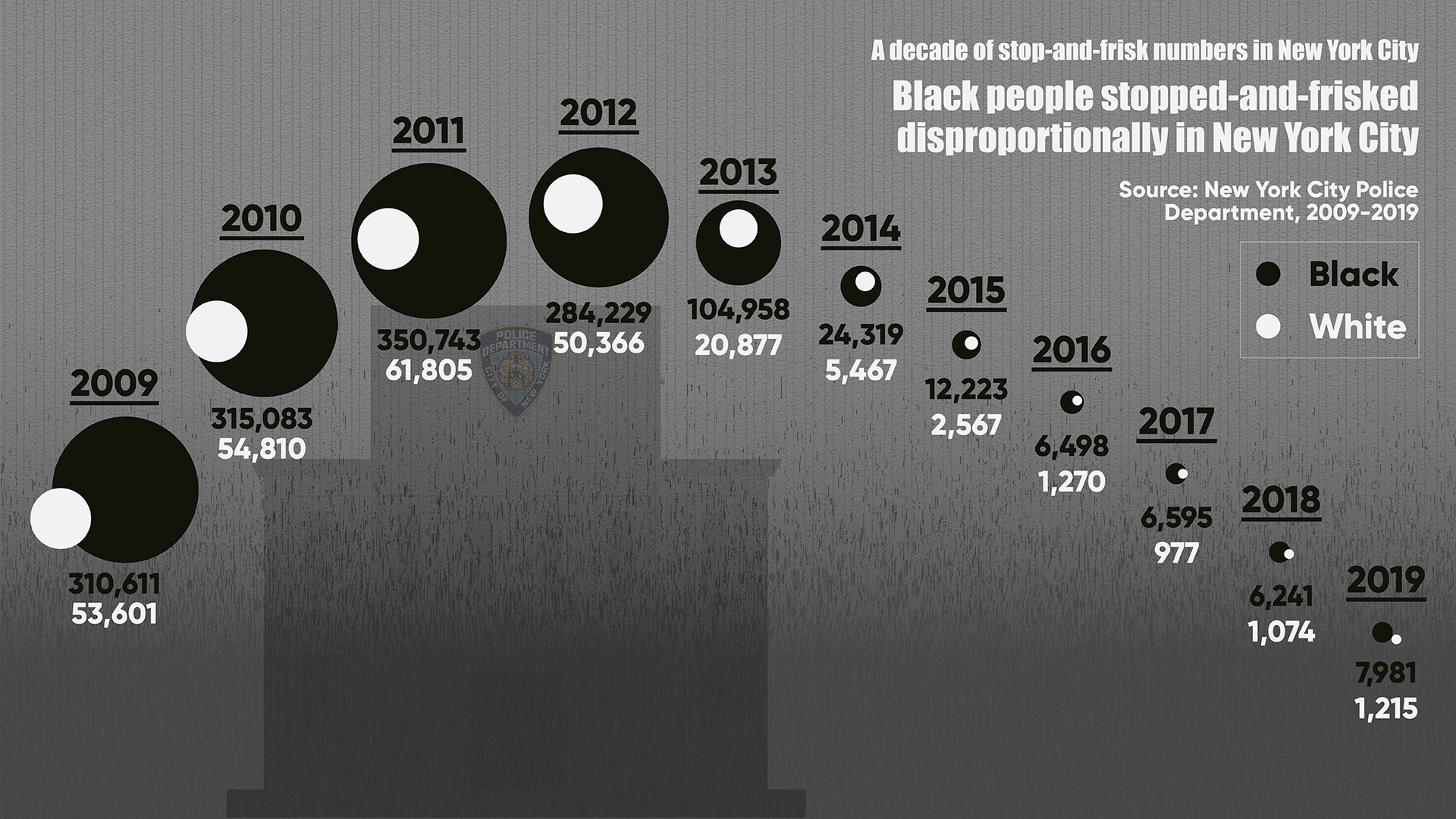 In Stinnette's case, the traffic stop was not the immediate cause of his death. It was the ensuing use of force by police. And Stinnette was not one in a million.

According to data gathered by the Mapping Police Violence organization, from 2013 to November 18, 2020, police have killed 8,629 people, 2,158 of whom were Black. While the number is smaller than that of white people, Black people are killed at a much higher rate: 6.26 per million compared to 2.39. 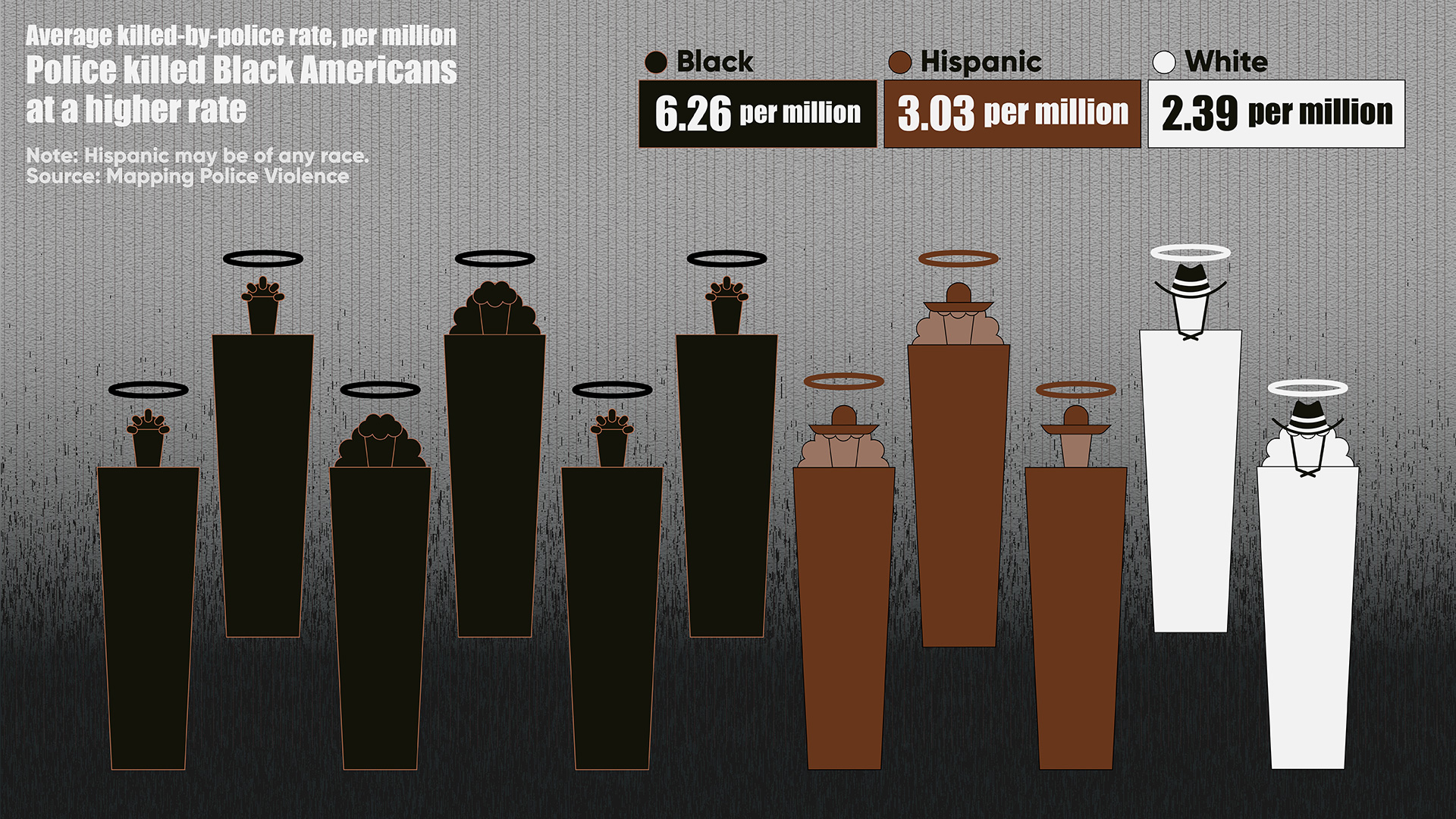 From George Floyd to Marcellis Stinnette and many many more, systemic racism in the U.S. has segregated the police from the people and put more Black lives in jeopardy.

Some might attribute the disproportionate number of Black victims to "a few bad apples" in police departments, but one bad apple alone can cause great harm to a community. And it is just too corrosive for the police to have bad apples rot its core.