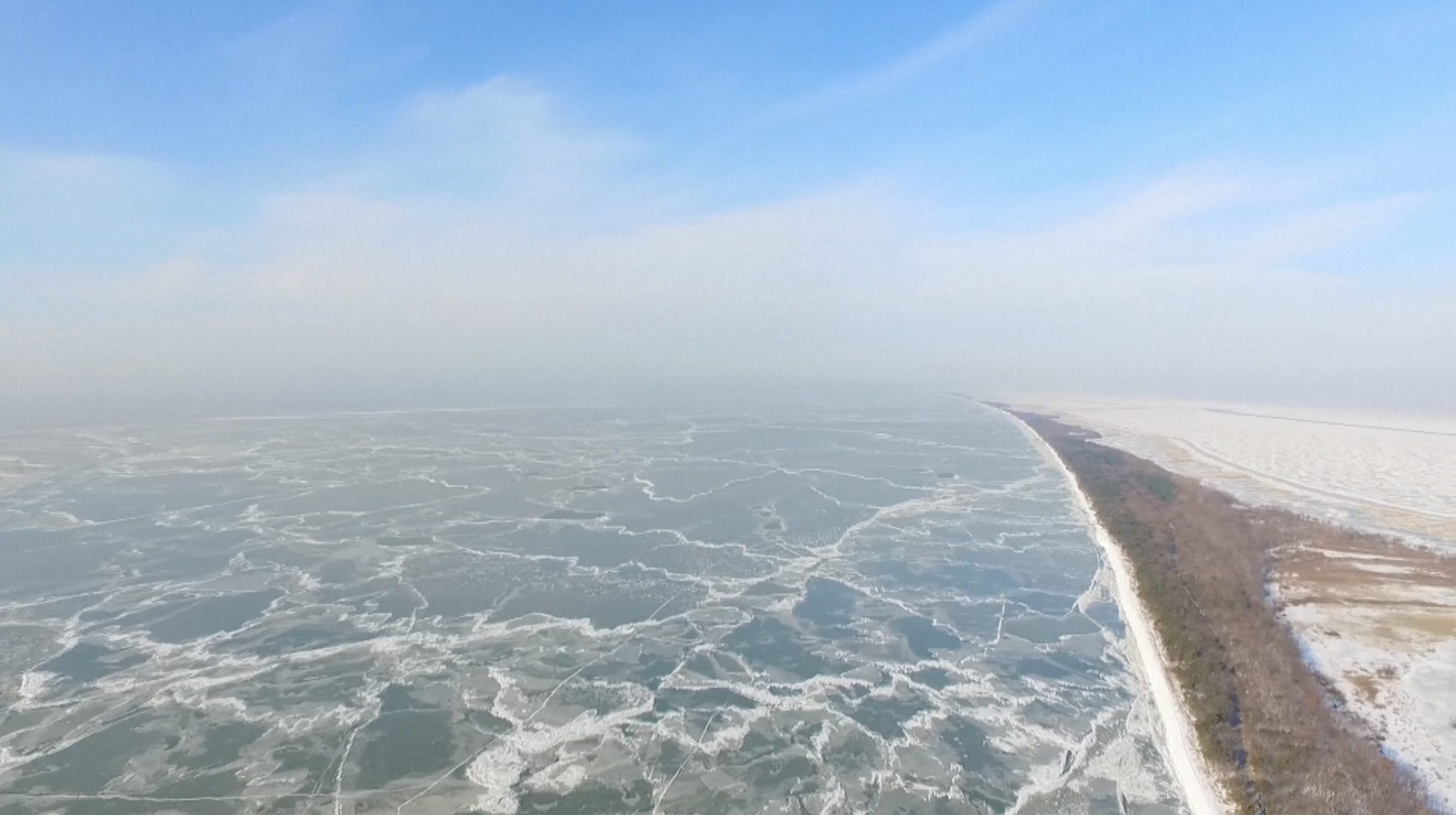 Ice layers extending for hundreds of kilometers have formed on Xingkai Lake on the border between China and Russia. Viewed from China's side in Mishan City in Heilongjiang Province, one can see giant ice pieces on the lake turning the area into a crystal world.

According to local people, Xingkai Lake appears differently each year, ranging from "mildly frozen" or "rigidly frozen", depending on the weather conditions. When there are strong winds that crush ice covers together into a piling ice wall, the lake would be frozen rigidly. This year the lake is mildly frozen as the ice is formed naturally due to low temperature.

The freezing period of Xingkai Lake is long, usually extending from December through April or May next year. But this year it has been delayed for about 10 days due to warm temperature.

As the largest freshwater lake in northeast China, Xingkai Lake is well-known for its abundant biodiversity and ecosystem. It is a major habitat for migratory birds in the Asia-Pacific region.