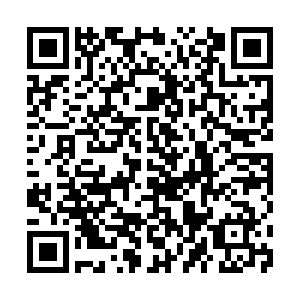 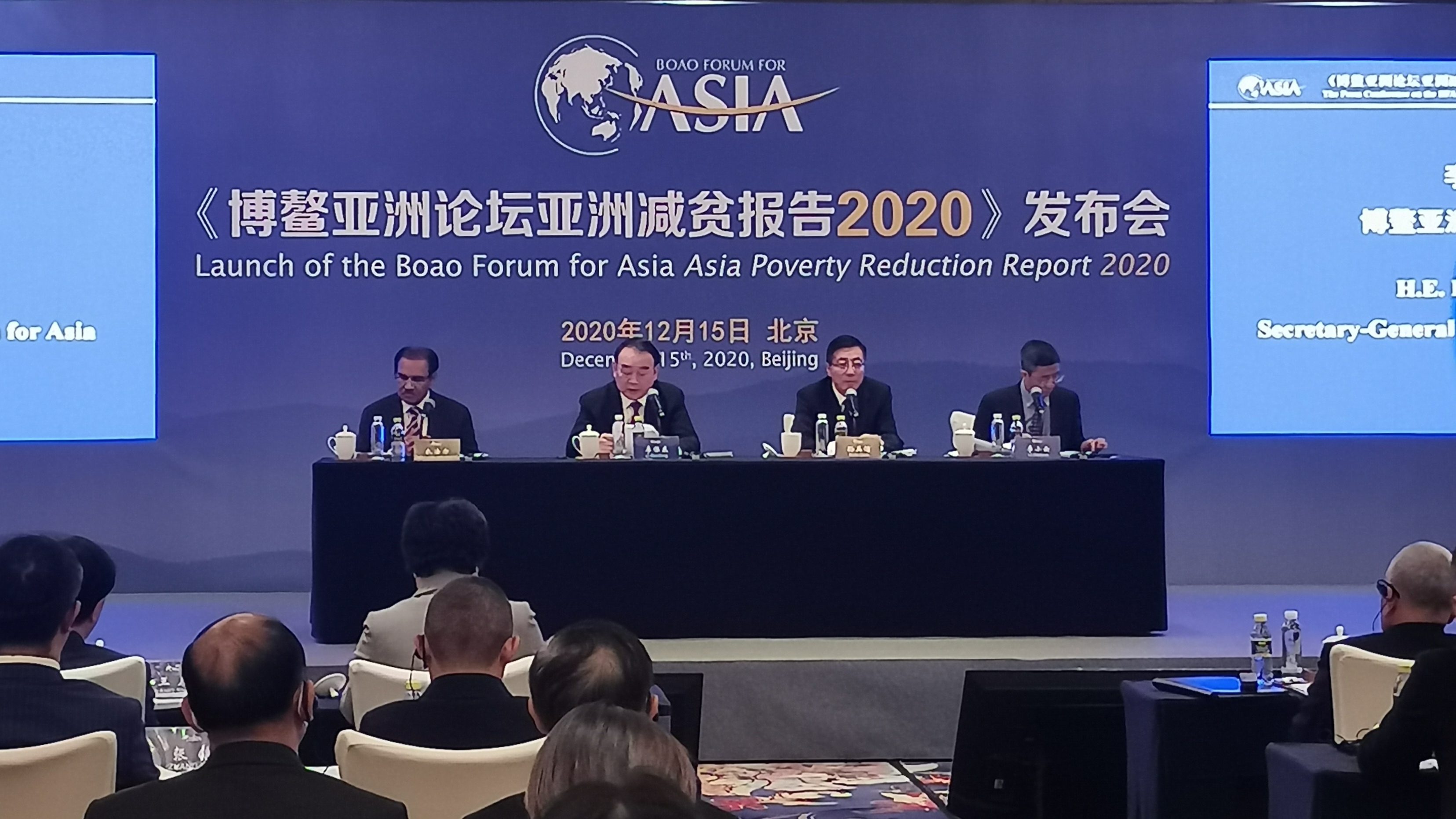 Despite Asian countries making maximum contributions to the global poverty reduction, the COVID-19 pandemic is posing unprecedented challenges to the poverty battle, according to a new report on poverty reduction efforts in Asia, released by the Boao Forum for Asia (BFA).

The report said that the poverty incidence rates of developing countries on the continent had fallen below 3 percent in 2019. And the majority of developing Asian countries have reduced the number of people living in extreme poverty to below 2 percent last year, with the definition of absolute poverty as earning less than $1.9 a day.

"Asian countries are the world's leading contributors to the course of poverty reduction," Ban Ki-moon, chairman of BFA, said in his speech.

Asia is moving from the final phase of eliminating extreme poverty toward a new stage of reducing relative poverty. "High and long-term economic growth in Asia, or what we call the Asian miracle, has set the foundation for poverty reduction," said professor Li Xiaoyun from China Agriculture University, also leader of the report's expert team.

However, facing the fallout from the ongoing pandemic, the United Nations predicts the number of impoverished people across the globe may rebound for the first time since 1998. In developing countries in Asia, between 30 to 180 million people are now estimated to be at the risk of falling back into extreme poverty. 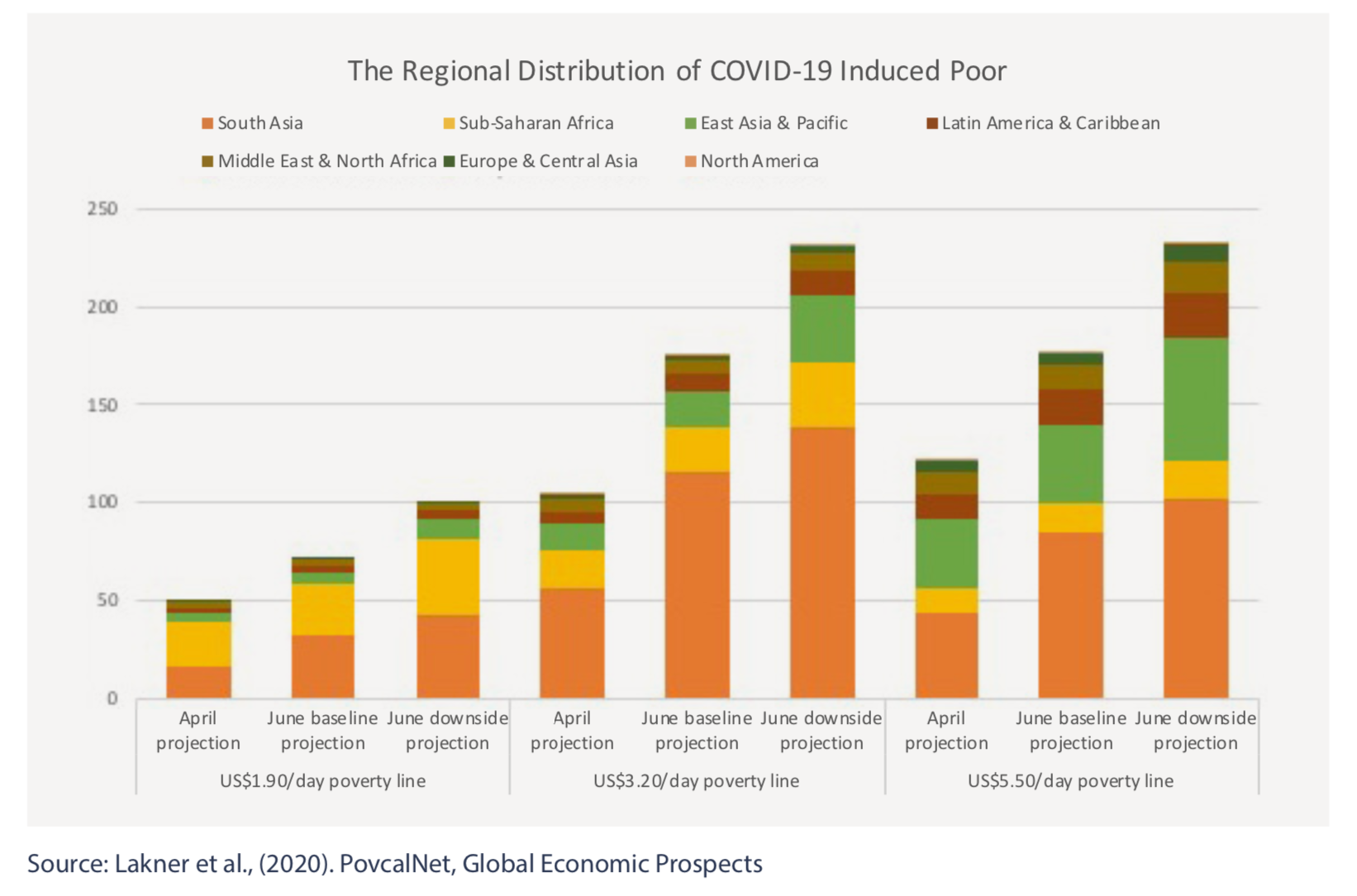 "The impact of the pandemic is huge. It has mainly affected the employment of middle and lower classes in Asia, and thus their income. In South Asia, particularly, with its vulnerable social security systems, it's easy for people to fall into the poverty trap as incomes decline," said Li, who is worried that nearly half of the renewed poverty population in the world is projected to be concentrated in South Asia.

Experts also pointed out that the number of people in relative and other forms of poverty is actually much higher than those suffering from extreme poverty in Asia. It indicated that some of the biggest challenges facing Asia include rising inequality under rapid socio-economic transformation and weakness in infrastructure, public services, as well as contingency management capabilities. They added that the situation may get worse due to the pandemic.

Zafar Uddin Mahmood, policy adviser to BFA secretary-general, called on all Asian governments to put more focus on poverty reduction by having policies to resolve the issues and support globalization. "Because unilateralism is causing lots of problems for different countries but particularly small countries relying on tourism, processing industries, or orders coming from other countries. So we have to have a multi-dimensional strategy," he explained.

China has managed to press ahead with its anti-poverty drive in tandem with the battle against the pandemic. The world's most populous country is very likely to become the first developing country to reach the UN's "No Poverty" target on its Sustainable Development Goals. BFA Secretary-General Li Baodong emphasized that poverty reduction won't end with the eradication of extreme poverty and that the draft fourteenth Five-Year Development Plan of China also called for synergies between consolidating poverty reduction outcomes and revitalizing the rural economy.

Experts believe sharing best practices and promoting exchanges can help developing countries consolidate progress, which can be especially important in light of COVID-19 and the risks the pandemic poses to vulnerable communities. Zafar Uddin appreciated China for combining government policies, public sector involvement, as well as social security network in its reduction of extreme hardship. He suggested every country adopt suitable policies for its own system while looking at guideline and strategy China provided for every country.