Download
Can the private sector achieve net-zero emissions by 2050?
By Yao Nian 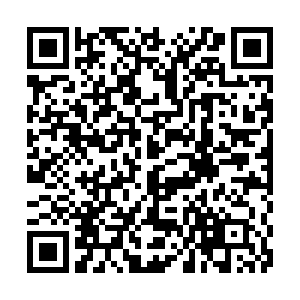 Many blue-chip companies have joined the wave to commit to achieving net-zero emissions by 2050. People from Apple and Microsoft to Boston Consulting Group have made headlines with their commitments. Why is the private sector paying for climate action?

"There is a huge amount of interest about sustainability now from the private sector for an effort that goes beyond national boundaries, but there are also risks to get to the next level," said Joe Colombano, former economic advisor to UN Secretary-General Ban Ki-moon during a panel discussion on technology, finance and policy for climate change on the sidelines of 2020 Singapore FinTech Festival last week.

According to estimates from the Green Horizon Summit, it will cost roughly $100 trillion to clean up the supply-side energy problem to actually meet this challenge, which means roughly $3.5 trillion a year would need to be spent.

"When the problem is denominated in trillions, it really expands your sense of the scale of the problem," said Max Song, CEO of Carbonbase, a Hong Kong-based climate fintech company. "However, there are 7 billion people on the planet, and if every person took a little bit of action, we could actually arrive at the astronomical numbers together."

The private sector needs to step up and embrace the green transition, according to Vivek Pathak, International Finance Corporation (IFC) regional director for East Asia and the Pacific.

"Because of the current pandemic, the governments have injected a lot of money (into the economy), both fit into the fiscal side and then vaccines and health care. Money that they would have had to use for moving towards net zero may not be there today," said Pathak.

Catherine Wu, IBM China's Data and AI Center of Competency program director; Deyi Wu, a senior researcher and product manager of the WeBank's AI department; and Jason Tu, co-founder and CEO of MioTech joined Song, Colombano and Pathak on the panel to share their thoughts on how technology and finance can help the private sector achieve net-zero emissions. 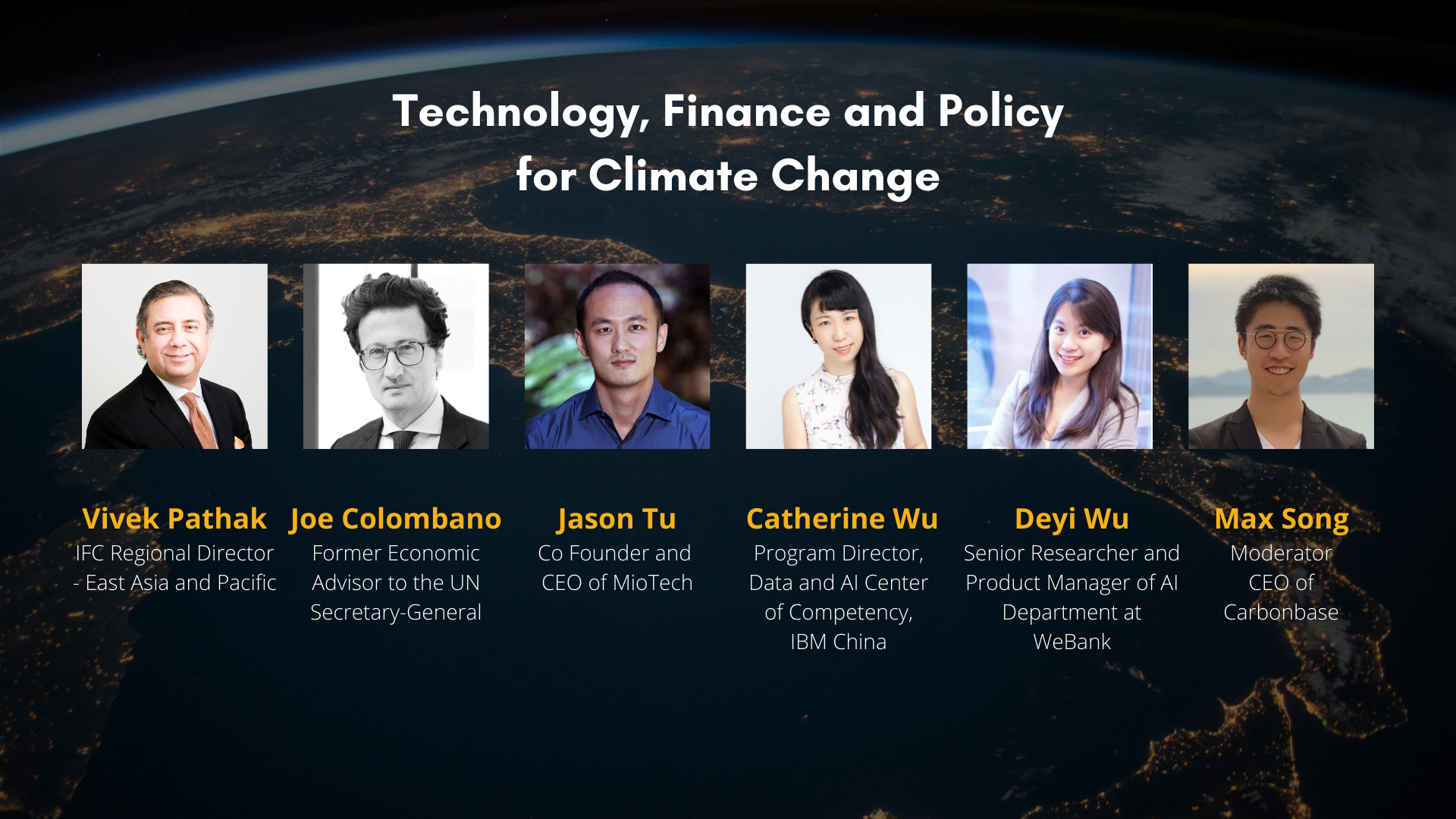 Max Song, Carbonbase: What steps is the private sector taking to achieve net-zero emissions by 2050?

Deyi Wu, WeBank: It is really important to engage the users downstream to motivate the whole cycle, and then the whole ecosystem is truly sustainable. When there is client demand, the private sector companies will follow the trend to fulfill their clients. Technology enables a wider public to be able to measure their impact, such as carbon steps related to each product, which improve the customer awareness and demand on carbon emission reduction; subsequently, the private sector companies need to adopt such change. Hence, we want to promote sustainable finance products to investors, particularly millennium investors, where they can influence the upstream to make an impact.

Jason Tu, MioTech: We've also been collaborating with various government agencies and regulatory bodies, trying to push for technology adoption, starting from IoT devices being imposed onto the companies so that they would be monitored, so we can help the entire industry to improve their energy efficiency and also that keep the integrity of the data.

Joe Colombano, former UN economic advisor: It's clear that there's a huge buy-in from the private sector for an effort that goes beyond national boundaries, sectors and industries. But there is also the danger of companies free-riding on the investor demand of ESG (Environmental, Social, and Corporate Governance), so we need to hold them accountable to make sure their efforts and environmental footprints are being properly quantified. It is very important that regulators are just catching up with this need.

Efforts are self-regulating in these sectors or still being developed, but there is ample room for cheating. I think technology should be used to verify the extended commitment. It would be very important to set up the infrastructure and incentives to reward those that are really committed to achieving sustainability and not just sort of talking the talk, but not walking it.

Vivek Pathak, IFC: The good news is that the private sector has finally recognized that sustainability just makes solid business sense. Although it could cost a little more right now, but if you take a slightly longer term outlook beyond two to three years, it makes sense. Some big corporate names like Nestle, Unilever and Microsoft have all pledged to move towards net zero.

Max Song, Carbonbase: How do you see ways that technology can be used to decarbonize industries?

Catherine Wu, IBM: I happened to see two cases of using data science to optimize the operation of green farms. There's a platform that helps a global crop company in Norway, which provides farmers local weather forecasts and real-time recommendations tailored to the specific needs of individual fields and crops, and as a result, that helps increase crop production, save water and also decrease the need for fertilizer and pesticides.

Another case is an AI-powered paper device called AgroPad that can remotely and quickly analyze the soil samples for the chemical compositions. So we use the small device to help small coffee farmers to monitor the health of their soil and water over time. In that way, we help them save money and also improve the sustainability of their operations.

Deyi Wu, WeBank: We use satellite imagery to analyze some of the useful information to support farmers. In the Southeast market, we also use this computer vision technology to monitor and predict crops' production cycle, such as palm trees and the deforestation issue related.

Max Song, Carbonbase: How do you see finance becoming a sustainable, long-term player in the climate transition?

Vivek Pathak, IFC: Green is a small part of the economy today; a large part of it is brown. That can change if 80 percent of the capital in the globe can go towards green and sustainable. But in order to make it happen, we need consistent standards that can be trusted.

I think technology is going to play a huge role. Whether it's in blockchain for green bonds or blue bonds, or some of the ideas mentioned above, I think you're going to see a convergence; finance, technology and climate have to come together in one.

Joe Colombano, former UN economic advisor: I want to make sure that we don't think of technology as a silver bullet that can solve all problems. There used to be a point where bankers were saying, if you throw enough problems at a problem, it will go away. History showed us that that’s not always true. Nor is it for technology. I think what's needed is that we bring to bear all of the tools that we have for tackling these problems.

Jason Tu, MioTech: I think changes in the social value held by the younger generation is going to be passed onto financial value and that financial value is going to result in a new set of financial standards which transform into a new valuation framework. This needs to be powered by very rigorous datasets.

Catherine Wu, IBM: Even if investors want to invest in green technology, they're not engaged at an early stage. And also there is a lack of transparency in the performance monitoring later on. I think technology can play a key role for this challenge.