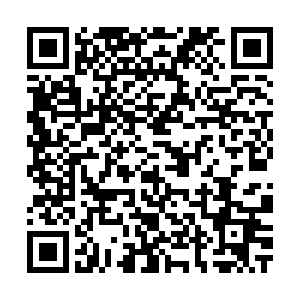 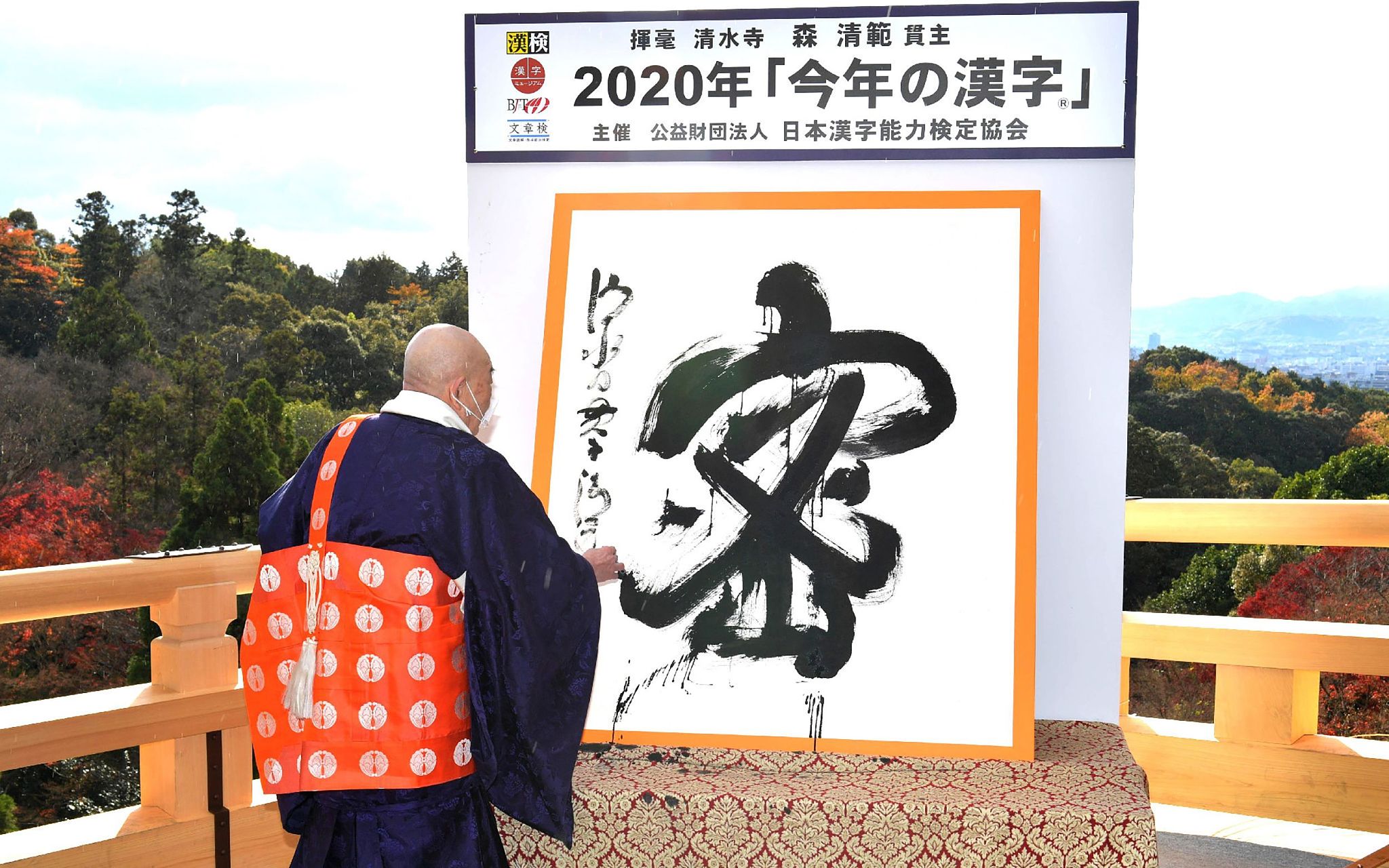 Japan on Monday picked "mitsu," used repeatedly in calls to contain the spread of the novel coronavirus, as its kanji, or Chinese character, of 2020.

The character "mitsu"(密) is a catchphrase used extensively to encourage social distancing during the coronavirus pandemic that even inspired its own computer game.

Meaning "close" or "dense," it was derived from a buzzword "San-mitsu," which was central to Japan's approach to containing the pandemic, best describing this year's social mood in the country. Translated as "Three Cs" in English, it refers to avoiding closed spaces, crowds and close contact.

Japanese TV networks broadcast the annual announcement live at an event organized by the Japan Kanji Aptitude Testing Foundation. During the ceremony, chief Buddhist priest Seihan Mori of the Kiyomizu Temple in Kyoto wrote the character on a piece of paper 1.5 meters in length and 1.3 meters in width with a giant ink-soaked calligraphy brush.

"It is important to get 'mitsu' between heart and heart," an announcer at the event said, citing a message from one voter who picked the symbol for the year in which people have encouraged to keep physical distances from each other.

The "three Cs" term was first introduced by Tokyo Governor Yuriko Koike to urge the residents to stay indoors during the first wave of coronavirus infections earlier this year. 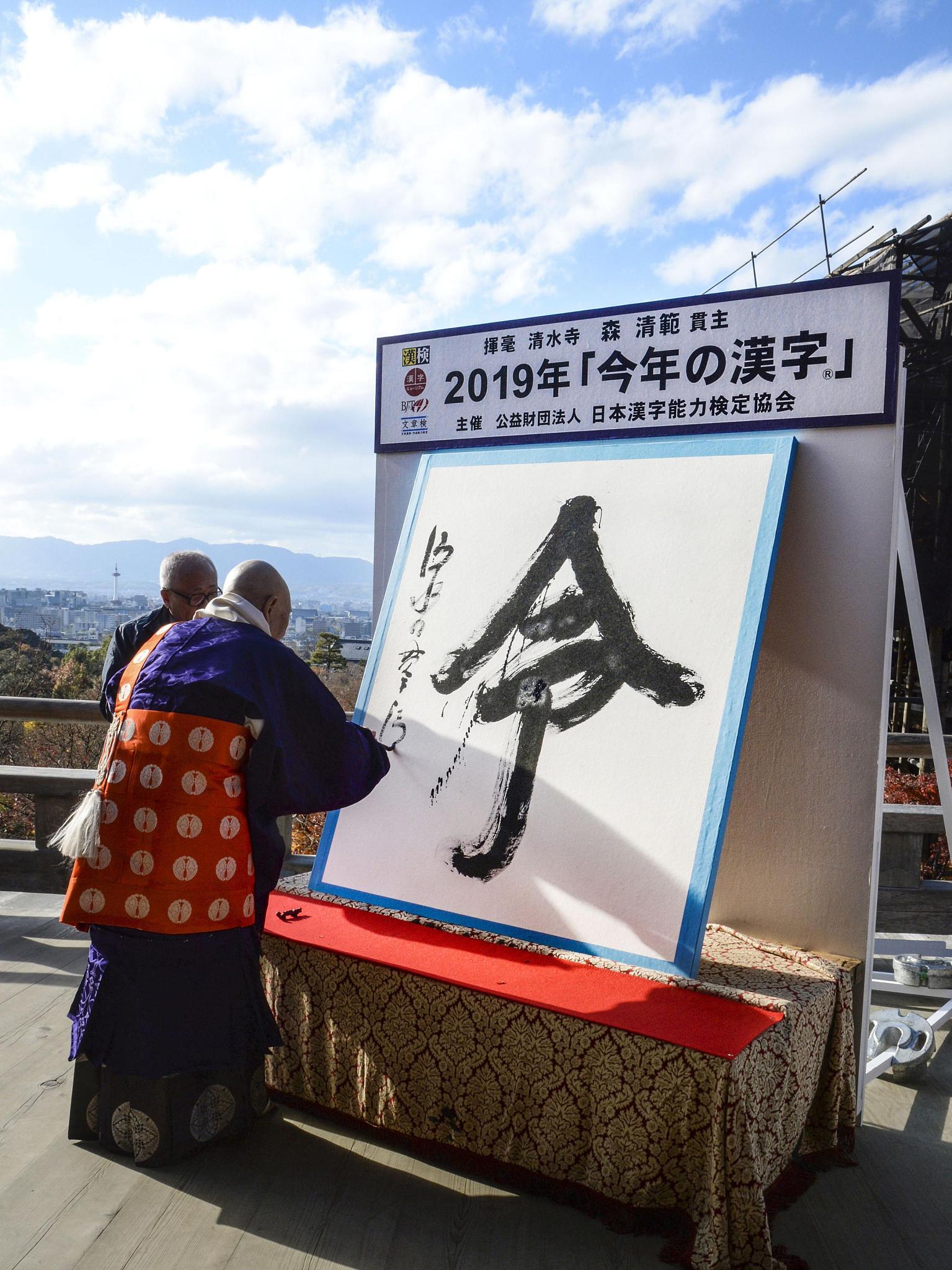 The catchphrase even inspired a computer game of Koike navigating through crowds while uttering her daily "mitsu desu" call for social distancing.

According to the voting results, the kanji characters for "disaster" and "disease" ranked second and third respectively.

Coming from the fourth to 10th places were the characters for "new," "change," "home," "killing," "bacteria," "ghost" and "epidemic" in that order.

Since 1995, the foundation has conducted nationwide polls to pick a Chinese character, known as kanji, that sums up the social trends and events of each year.

Last year, the character "rei"(令) used in the new era name of Reiwa and translated as beautiful harmony was picked.

(Cover: Seihan Mori, master of the ancient Kiyomizu temple, using calligraphy to write the Chinese character, known in Japan as "kanji," for 'mitsu,' which was selected as the single best kanji to symbolize the year of 2020 at the temple in Kyoto, western Japan, December 14, 2020. /CFP)