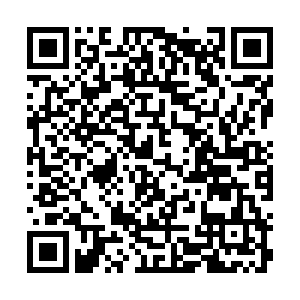 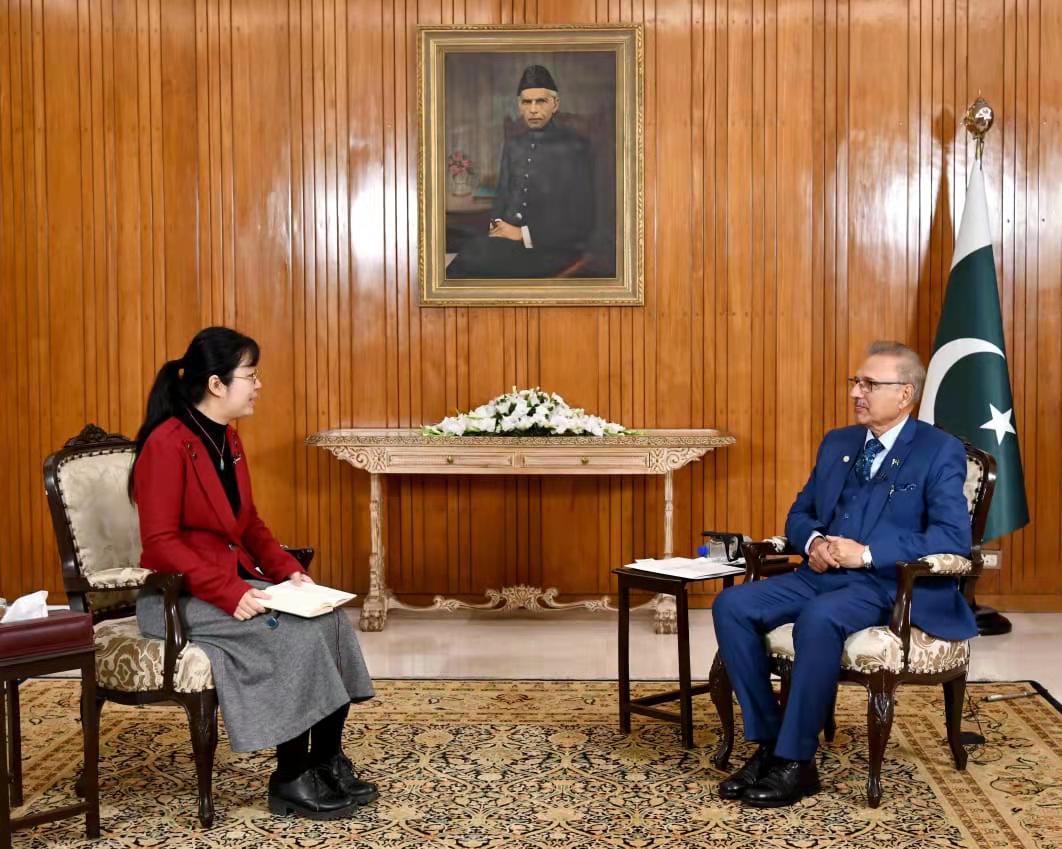 Pakistani President Arif Alvi sits down with CCTV for an interview, December 14, 2020. /CMG

Pakistani President Arif Alvi sits down with CCTV for an interview, December 14, 2020. /CMG

Pakistan's ties with China have been strengthened as the two countries work together to tackle the COVID-19 pandemic as well as deepen cooperation on the China-Pakistan Economic Corridor, Pakistani President Arif Alvi said in an interview with CCTV on Monday.

China has shared its experience of regular epidemic prevention and sent seven batches of medical supplies as well as two medical teams to help Pakistan, he said.

The Pakistani government, under the leadership of Prime Minister Imran Khan, has imposed restrictions such as making masks mandatory and restricting public gatherings, he noted.

Pakistan has been able to keep a relatively low level of infections and the China-Pakistan Economic Corridor cooperation has advanced despite the pandemic, Alvi said.

The two countries are advancing projects under the framework, Alvi said. 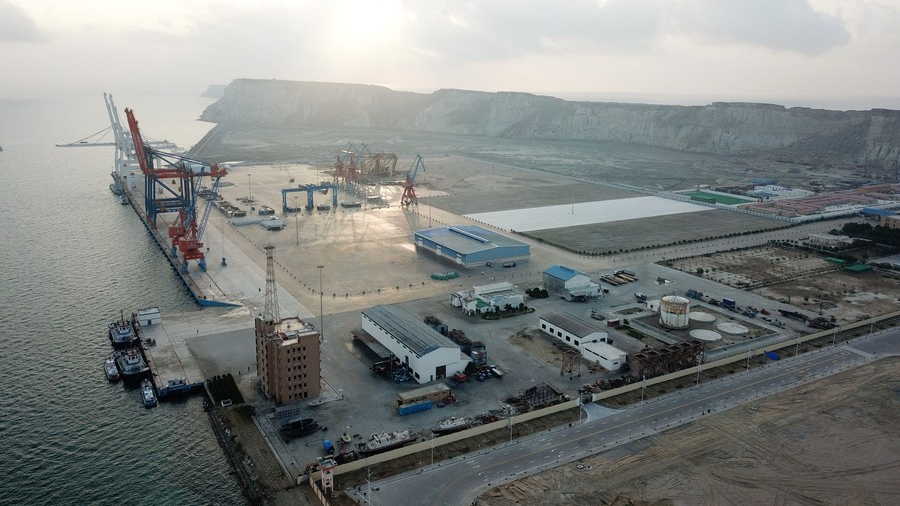 Energy and transportation infrastructure, he said, has been the focus of the economic corridor, and the next phase will seek to prioritize industrial and socioeconomic projects.

During the pandemic, the Pakistani government has initiated a poverty alleviation plan, which has benefited more than half of the country's population, the president noted.

Not only is the government pushing to improve infrastructure building in the country, but it wants to lift the Pakistani people out of poverty under the China-Pakistan Economic Corridor, he said.

Earlier this year, the Gwadar port, one of the key projects under the economic corridor, officially started taking cargo under the Afghanistan-Pakistan Transit Trade Agreement.

It's proven the huge potential of the Gwadar port, Alvi said, adding that a number of developmental projects are currently in full swing in the country to further boost trade between Pakistan and Central Asian states.