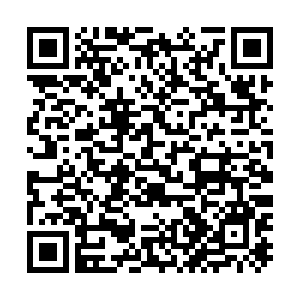 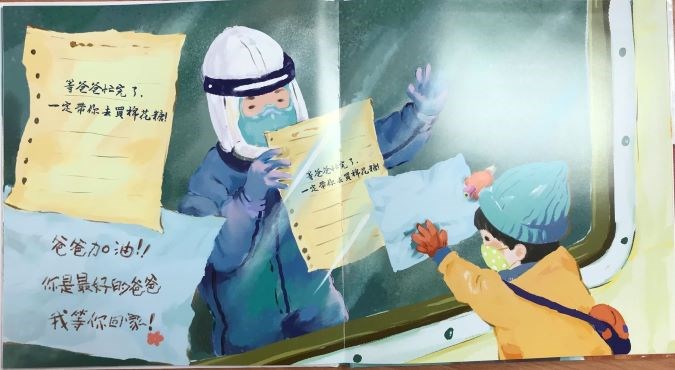 A screenshot of the digital version of the book, showing a little boy communicating with his dad through the window. /CGTN

A screenshot of the digital version of the book, showing a little boy communicating with his dad through the window. /CGTN

A children's picture book, titled "Waiting for Dad to Come Home," was banned in China's Taiwan region as its cultural administration believes the book glorifies the mainland's fight against COVID-19.

In response, Zhu Fenglian, spokesperson for the State Council Taiwan Affairs Office, on Wednesday condemned Taiwan's Democratic Progressive Party (DPP) for having an "anti-China syndrome" and striking at anything concerning the Chinese mainland.

The book was originally published by Changjiang Children's Publishing House from the Chinese mainland and later re-printed by Taipei-based Chinese Creation Publishing Co.

Zhu said that after getting to know the ban, she went to buy the book and noticed that the book tells a story about responsibility, commitment, longing and caring. Slamming the DPP for politicizing the book, she said during the pandemic, over 540,000 people were stuck in central Chinese city of Wuhan, fighting the coronavirus, and over 40,000 medics across China, including the Chinese military, went to the front line to support the fight. These are undeniable facts, she said.

"I just don't understand why some people in Taiwan use a book, which plants the seeds of love and courage in the hearts of children, helping them know the meaning of mutual support, as the weapon to attack the Chinese mainland," Zhu said, adding that some DPP politicians only care about political point-scoring instead of disseminating the truth.

"They politicize and stigmatize anything related to the mainland, trying to stir up 'anti-China' sensations on the island. What are they afraid of? They are afraid that people on both sides of the Taiwan Straits will get closer to each other. They are afraid that people in Taiwan will know the real situation on the mainland, and the lies they've worked so hard to fabricate will be exposed. But such an unconscionable operation is doomed to fail," Zhu said. 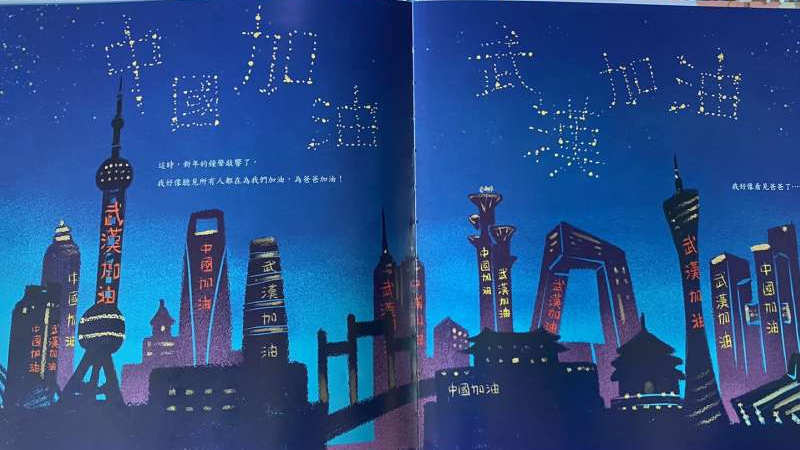 A screenshot of the digital version of the book, with pages reading "Go China" and "Go Wuhan." /CGTN

A screenshot of the digital version of the book, with pages reading "Go China" and "Go Wuhan." /CGTN

"Waiting for Dad to Come Home" is about a young Chinese boy whose father, a doctor, is sent to the hospital to treat COVID-19 patients during the Chinese New Year holidays. The mother comforts the boy by explaining to him the situation surrounding the pandemic and the importance of medical staff in fighting against the disease. The boy later visits his dad in the hospital, and through a window, tells him that he supports him and will wait for him to come home.

The warm-hearted story ignited a fire in Taiwan after Taipei City Councilor Chen E-jun from the DPP criticized the book for allegedly highlighting the words "Go China" and "Go Wuhan." In addition, she termed the drawings of Chinese military planes as part of the "Chinese propaganda."