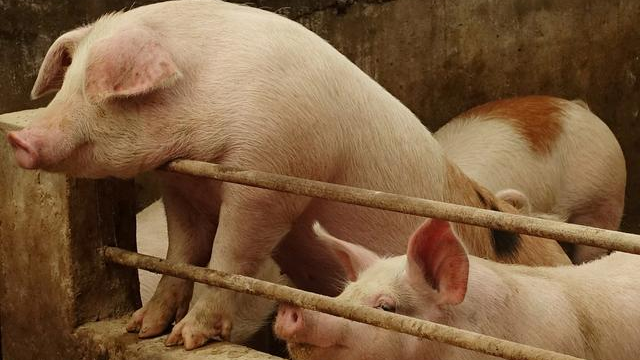 Hog production in China is expected to fully recover in the first half of 2021, the Ministry of Agriculture and Rural Affairs said on Tuesday.

By the end of November, the inventory of live pigs and breeding sows had reached over 90 percent of the levels seen in normal years, the Ministry said.

The breeding sows in stock monitored by the ministry expanded to over 41 million, while those of live hogs surpassed 400 million during the period.

Last month, newborn piglets in farms with over 500 pigs in stock reached over 31 million, up 94.1 percent compared with the beginning of the year, according to the Ministry.

The supply of pork in China is expected to increase by 30 percent year on year in the upcoming New Year and Spring Festival holidays, making the overall pork price lower than that of the same period last year, said Wei Hongyang, an official with the ministry.

China has been taking measures to boost supply since the start of 2020, including releasing frozen pork reserves and increasing imports.

To cushion the impact of the novel coronavirus outbreak, China has ramped up financial support such as subsidies and loans for major pork-producing counties in a bid to encourage hog production.

In October, the number of hogs available for slaughter soared by 26.9 percent year on year, and that of the breeding sows in stock surged by 31.5 percent from the same period last year.

(Cover image: Pigs are seen on a farm in a village in Changtu County, Liaoning Province, China, January 17, 2019. /Reuters)