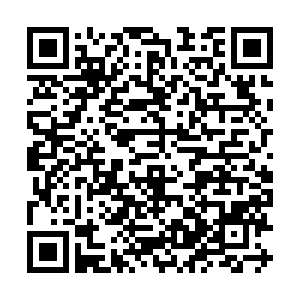 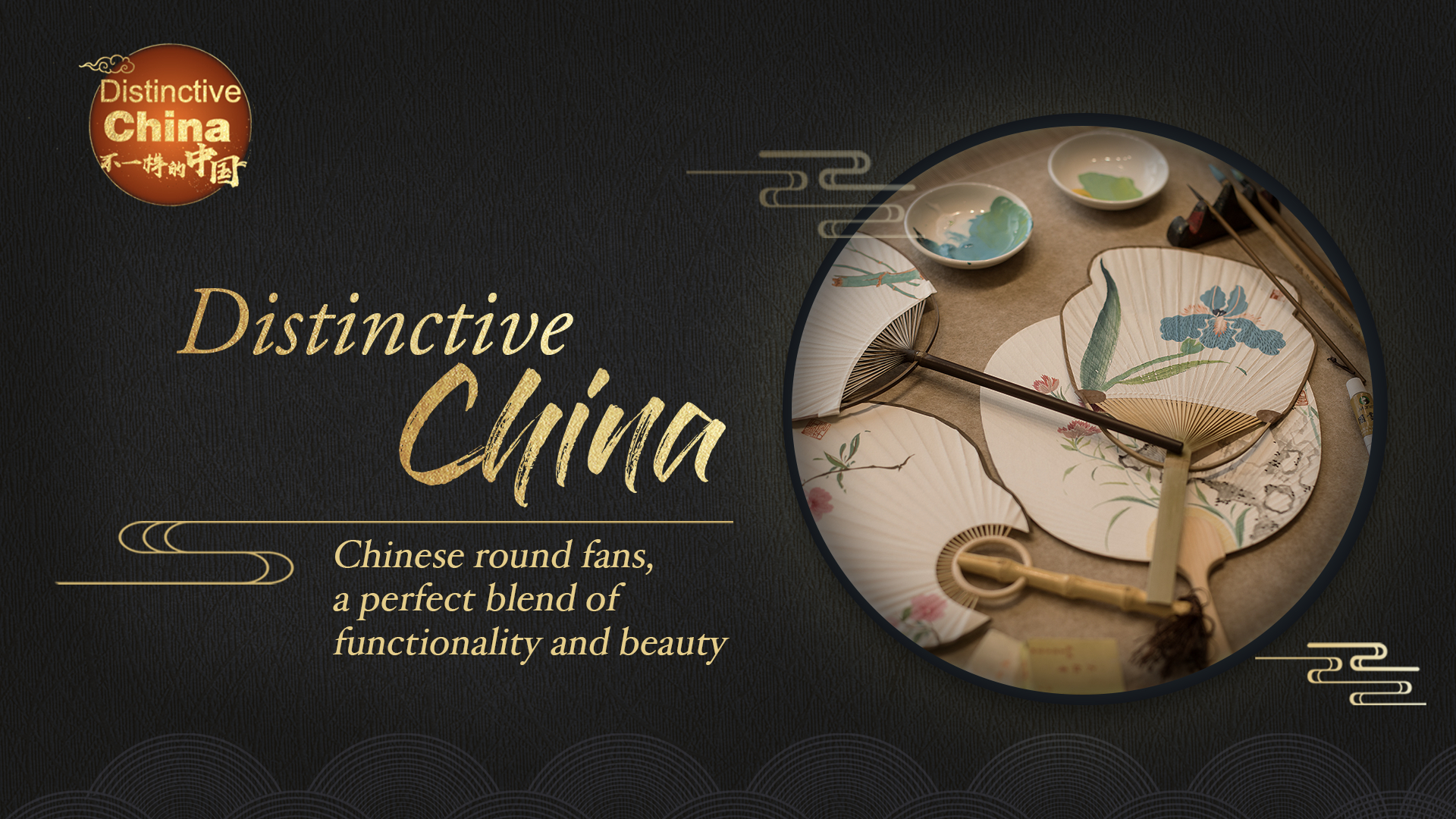 "We know Guangdong is famous for the Thirteen Factories, and for exporting Chinese products overseas, especially fans," said Li Jing, a rising round fan maker.

According to Li, many different types of fans, like feather fans, painted fans, lace fans and embroidered fans, were made in China and then exported to European countries.

The fans exported to Europe are made of materials that are different from those used in China with distinct patterns. /CFP

The fans exported to Europe are made of materials that are different from those used in China with distinct patterns. /CFP

In the 17th and 18th centuries, Chinese folding fans were introduced in Europe and sold manly to French and British royal women and ladies. Those fans were made of lambskin, chicken skin, Chinese spun silk and gauze and were decorated with colorful drawings and embroidery, which make them look luxurious.

At the same time, in China, where the fans originated, they are different.

"The fans exported to Europe, such as the UK and Spain, are made of different materials that in China. They [Westerners] prefer to use feathers, and add lace edges, while the Chinese pay attention to the density of texture and pattern," Li said, adding: "We prefer to leave some blank space on the fans, while Westerners focus on complexity, thus their fans look very fancy almost without any empty areas." 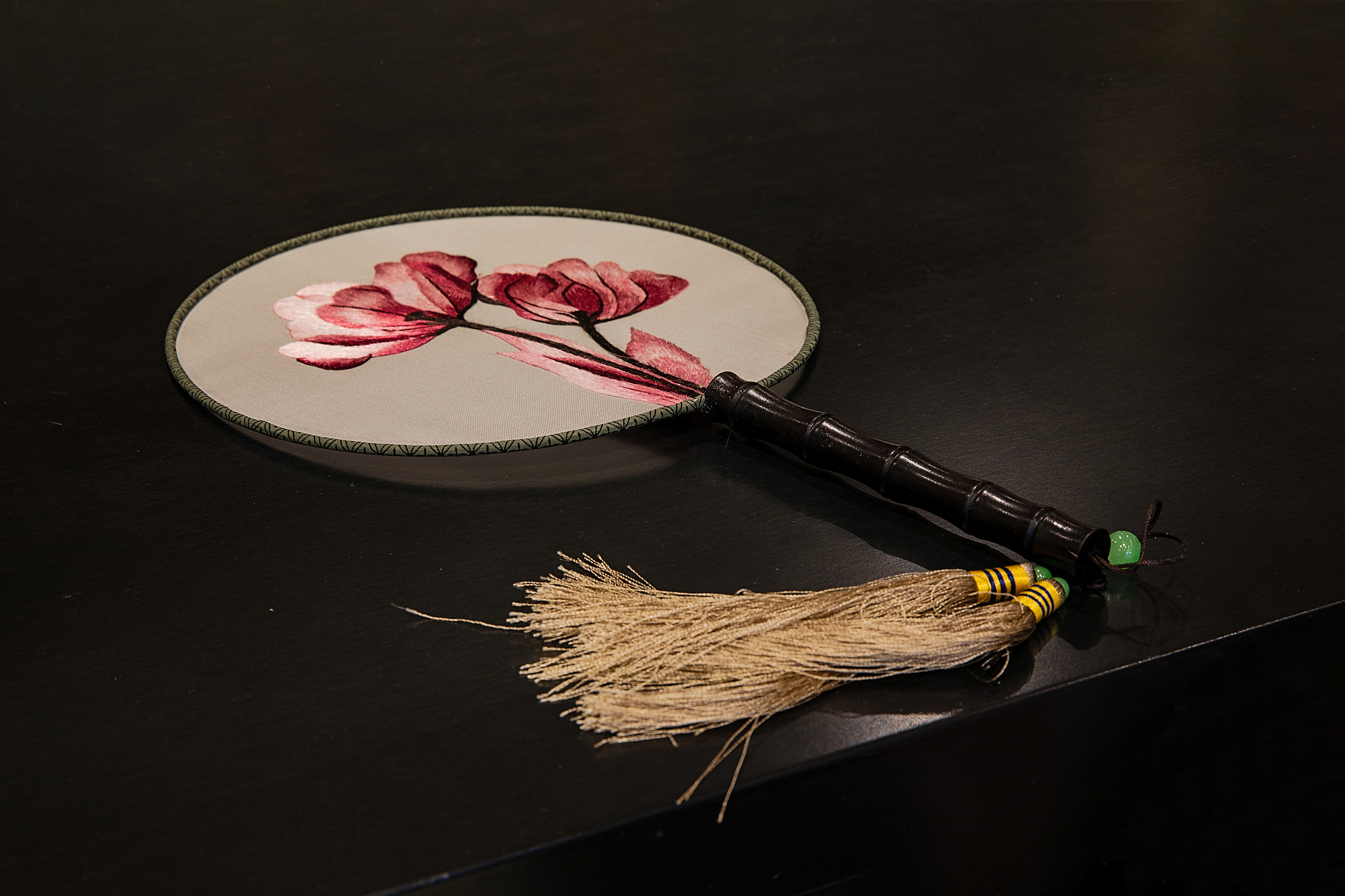 Chinese round fans also signify Chinese culture's high regard for literati, and a reverence of the entire universe, and to harmony and unity. /CFP

Chinese round fans also signify Chinese culture's high regard for literati, and a reverence of the entire universe, and to harmony and unity. /CFP

Chinese round fans are not only a perfect blend of functionality and beauty, but also signify Chinese culture's high regard for literati, and a reverence for the entire universe, to harmony and unity.

He believes that "the concept of 'Great Unity of Heaven and Man' manifests itself in many Chinese objects, and that is why we prefer to leave some open space. We pursue natural balance, and it actually means the pursuit of nature."

A combination of complex techniques

It takes more than a dozen steps to make a round fan. The first step is to design the patterns, passing to the selection of threads based on these patterns. A piece of work usually uses dozens, and even hundreds of silk threads. 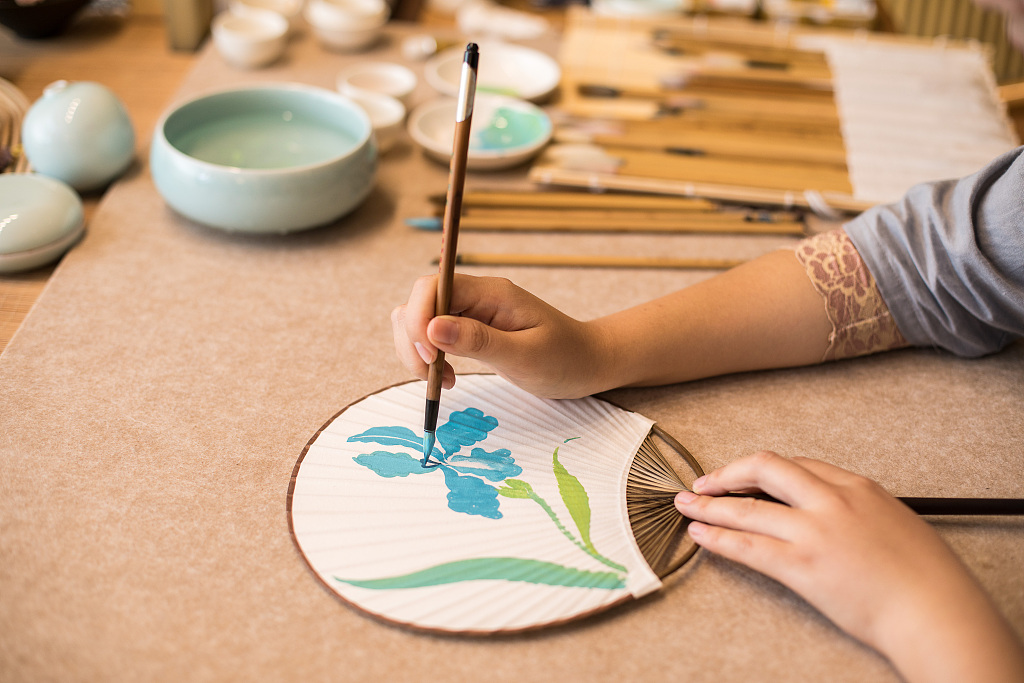 After weaving using the tapestry method, and making the frame and the handle, then comes one of the most important parts: putting it together. In this part of the process, humidity and temperature are crucial.

The makers also have to carefully distinguish between various materials and make the necessary adjustments to keep it smooth and neat. After the edges are sealed, they will be decorated with various techniques such as wood carving, engraving, or adding tassels. And a scholar-style round tapestry silk fan is finished.

"The most difficult part, actually, is your interpretation of its cultural characteristics and aesthetic forms," the young fan maker noted, adding, "I think it is something very difficult, yet indeed what we have been pursuing, for instance, is the combination of various techniques."