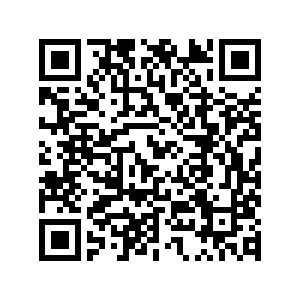 Editor’s note: Television forum "Science in an Uncertain World" has been jointly organized by the China Global Television Network (CGTN) and the China Association for Science and Technology (CAST). It will be aired on Friday afternoon on CGTN. Science promises nothing but the truth, and truth is what really matters in an uncertain situation.

While the world is busy calculating the losses incurred by COVID-19 and trying to revive the economy, some of the best minds in the world are trying to restore rationality by propagating a world where  science talks.

At the recently concluded TV forum organized by CGTN, 10 Noble laureates joined some Chinese scientists for soul searching on why science has failed to persuade people to do the right thing.

For chemists, physicists and biologists, it is simply common sense that vaccines help people much more than they do harm, wearing masks greatly reduces the chances of respiratory diseases and human activities cause global warming. But they also know that not everyone believes in them, let alone follow their advice.

Nonetheless, as the saying goes, experience is the best teacher.

In China, most of the people have faith in science and follow the advice of scientists like Zhong Nanshan, Chinese equivalent of U.S.’s Anthony Fauci. Even when there are less than a dozen cases of COVID-19 from abroad on a daily basis, the Chinese are wearing masks all the time in public places. The reason? Science says so, and scientists are the people we turn to when we have trouble understanding new problems.

In the U.S., it is more complicated. So far, more than half of Americans have refused to take vaccines even if they become available and many still regard wearing masks as a matter of political allegiance and not public health. The U.S. has the best scientists but science seems to be having a limited appeal in the country. Science is perceived differently, at least by a large fraction of the populace. For some Americans, science is just about making theories, a choice among many choices.

But science is not a matter of choice; it is a matter of fact – a way of finding the truth. The scientific process starts with a theory, which people test using data and come to a conclusion via reasoning and analysis. Science questions everything and it does not care who you are, what you think, how you feel – it simply tells you how the world works. You can imprison Galileo and condemn Copernicus, but the Earth still revolves around the Sun. You can ridicule Darwin, but we as a species still evolved from apes and are still evolving. Those in the know choose better, while others come to the same conclusion after a more painful and rather costly process of trial and error.

The world is still debating over the origin of the novel coronavirus. Science says it takes extensive and thorough investigative work to track the genetic evolution of a new virus to determine its journey across species. We may need years if not decades to find the answer, and we may never find the answer. It may be not what we wished but that is the truth.

Sometimes humans resort to wishful thinking. We want to wish bad things away and have good things come true. And we expect it to happen like magic, like a convenient cure or a sudden lottery. But that is not the way to think and that is definitely not how the world works.

Science works not because we believe in it; it works because it is in its inherent nature. It simply doesn’t care what our subjective beliefs are. The world will heat up if we continue to emit carbon into the atmosphere and COVID-19 will spread if more than half of the population refuse to take the vaccines, or the vaccine is only effective in less than half of those who got a shot.

Science does not have a heart, and it does not promise success or happiness. But it promises truth, nothing but the truth. And truth is what really matters in an uncertain situation.