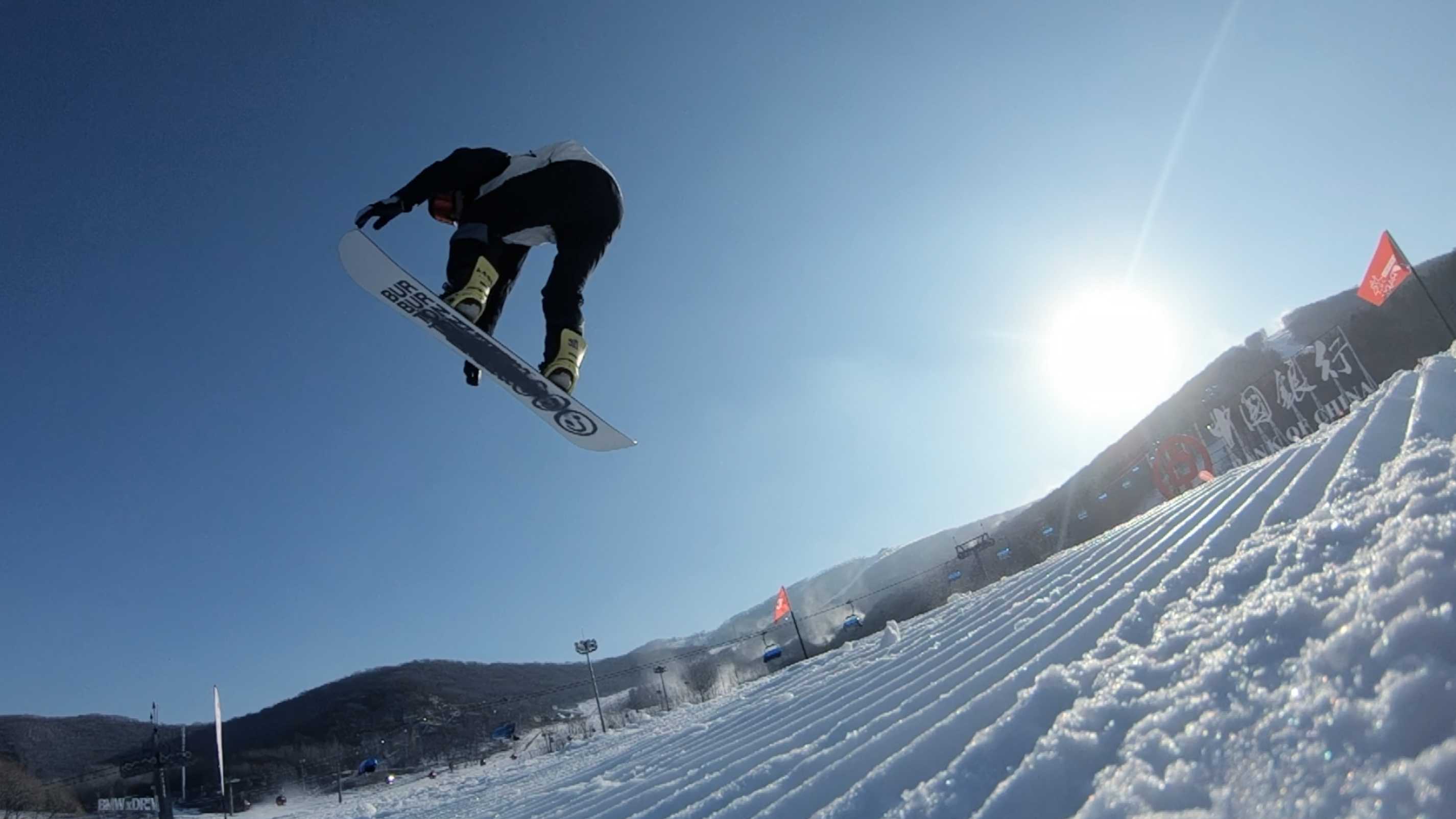 A new snow season in northeast China's Jilin City is dearly missed by many after last year's unexpected suspension.

"I'm so happy and thrilled. I only skied a couple times last year, then the outbreak happened," said a local resident who came with her husband, on their way uphill in a cable car.

China's winter tourism came to a sudden halt earlier this year when COVID-19 broke out. Jilin's tourism department said the city has suffered a 40-percent loss in both visits and revenue over the 2019-2020 season.

"We only received around 400,000 visitors last season, which is way below our expectation of 650,000. The entire loss is estimated at around 100 million yuan ($15.3 million) with canceled orders accounting for 60 million," said Zhong Rui, marketing manager of the Songhua Lake ski resort. 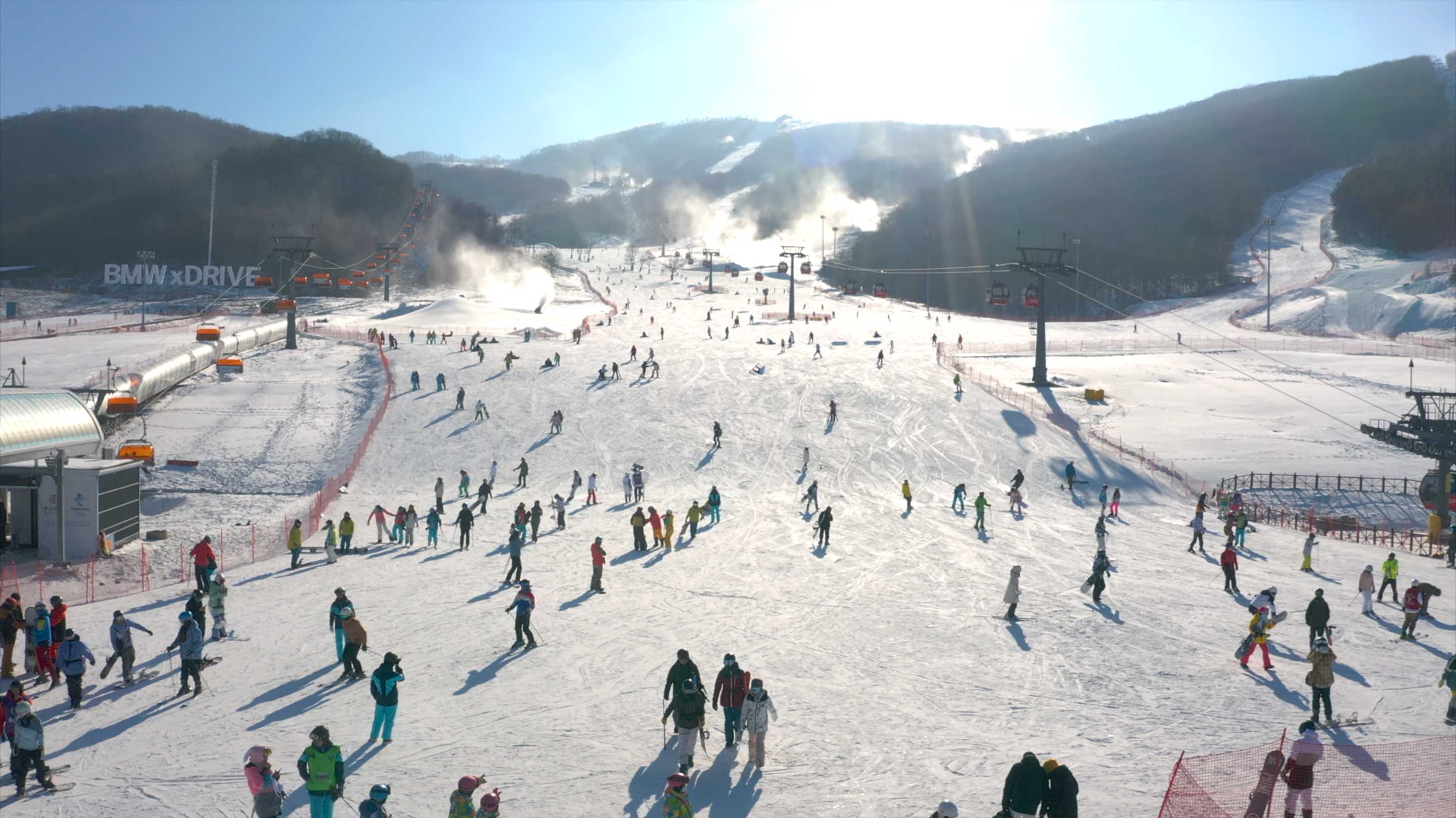 However, there's a silver lining, a possible rebound this year as the industry hits the restart button in mid-November. Jilin's snow sports fans and tourists across China, who have waited an entire year for this season, flocked the city's snow resorts early to enjoy the snow and the thrill and make up for their lost vacations.

Jilin is known for its powder snow, endorsed by sports fans as one of the best destinations for skiing. After years of development and construction, Jilin has formed a snow and ice sports tourism service system. There are a large number of ski resorts and ski trails, as well as plenty of snow and ice entertainment equipment and facilities. Tourism reception capacity and management level have been greatly improved. At present, there are 35 snow resorts in Jilin Province, and the handling capacity of tourists can reach over 10 million person-times.

After months of battles against COVID-19, epidemic containment has turned out to be a routine in China. Jilin's resorts became one of the few places still open for business in the world, as the country has lifted the ban.

"We missed the prime time of skiing, but that's fine," said a snowboarder, who learned to ski 10 years ago, adding, "I support China's strong measures implemented to contain the virus."

"I feel pretty safe here. China's taking good care of the situation," said Rene Brunner, who has been coaching the Chinese National Snowboarding Team since 2018.

"For example, in Austria, most of the places in Europe, they're in lockdown right now. If they wouldn't do that, this resort would probably not be running right now," Brunner added. 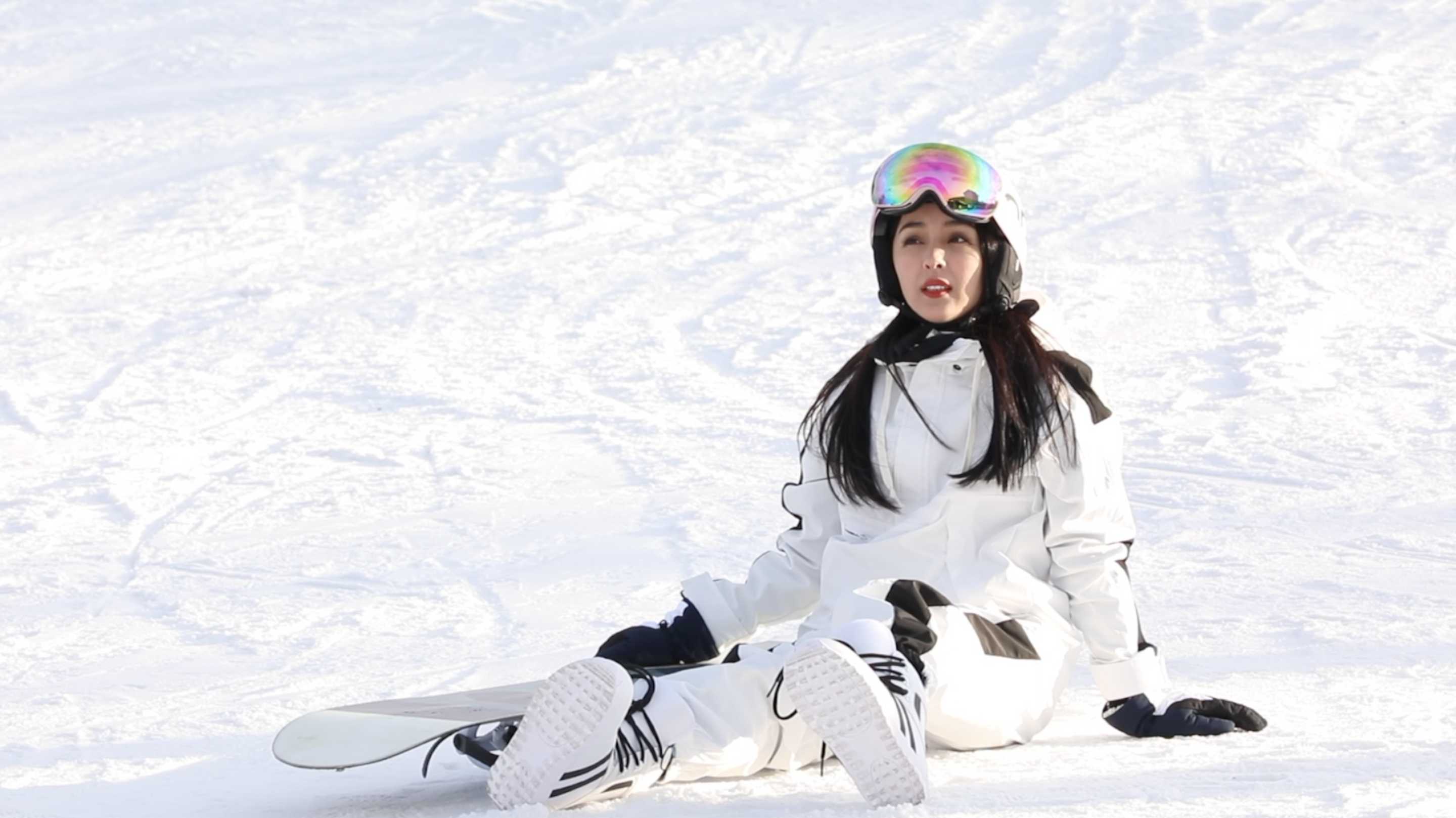 A snowboarder sits on a slope. /CGTN

A snowboarder sits on a slope. /CGTN

Business owners at the resort also welcomed the sweet snow after a long drought. For some, this is an early New Year present to keep the business afloat.

"No one knows how this season will go. Then the next thing I noticed, I already sold last year's stock and this year's new products even in the beginning of the season. I wasn't expecting a hot sale like this," said Liang Jiawei, a ski equipment shop owner at the resort.

Others may be more prepared as they made additional investments to double down on the rising snow tourism fever. Zhao Weiduo, who felt the impact of the outbreak shortly after opening a hotpot chain at the resort last year, increased spending on renovation during its close down amid the pandemic.

"I did it because I have confidence in the government's management to help our business go back to normal. And the number of tourists is on a rise. As an owner, I see more benefits coming," said Zhao.

As a Chinese saying goes, "A timely snow promises a good and prosperous year." Hopefully, this new season will be coronavirus-free for the snow sports lovers of Jilin and the world.

(Cover: A snowboarder takes off from a slope and makes an aerial trick at the Songhua Lake ski resort. /CGTN)