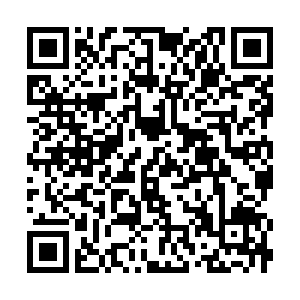 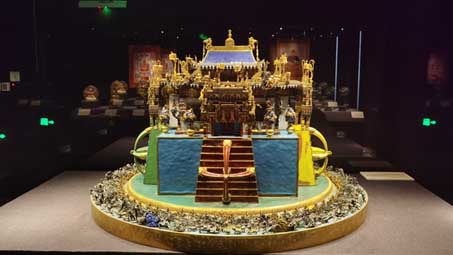 Ritual objects, an important part of the collection of historical objects at the Palace Museum in Beijing, are rarely shown to the public. In cooperation with the Guardian Art Center, the museum is showcasing more than 100 pieces of such works, demonstrating the highest level of craftsmanship of the imperial utensils of the Qing Dynasty (1644-1911).

Religious objects from the era of Emperor Qianlong, collected by the Palace Museum, Beijing, China. /CGTN

Religious objects from the era of Emperor Qianlong, collected by the Palace Museum, Beijing, China. /CGTN

The 113 exhibits are selected from more than 10,000 pieces of ritual objects in the collection of the Palace Museum, or the Forbidden City, the imperial residence of the Ming and Qing dynasties from 1420 to 1911.

Made of different materials like gold, silver, bronze, iron, jade and glass, they were used for religious rituals.

"The ritual objects on display are collected by the Buddhist halls of the imperial palace of the Qing Dynasty, but many of them had been used as early as the preceding Ming Dynasty," explained Wen Ming, director of the Palace Museum's Department of Religious Study.

"They were considered to represent the highest religious authority as they were used by the imperial family. Some of them were presented to the emperors by religious leaders of the Tibetan or Mongolian regions, and others were made by the imperial workshops," Wen said.

Each piece represents the best craftsmanship of its time. A ritual costume displayed at the exhibition was worn by eminent Tibetan Buddhist monks during important rituals. Its delicate embroidery and ivory carving have significant artistic value.

A ritual costume for an eminent monk. /CGTN

A ritual costume for an eminent monk. /CGTN

Tibetan Buddhism has a long history, and the Qing imperial family was among its followers. The cultural relics on display were mainly used during Emperor Qianlong's reign from 1736 to 1796.

"Emperor Qianlong once read about a pair of Buddhist bowls made of a certain kind of stone collected in the Kaiyuan Temple in Suzhou. He visited the temple for the bowls during his second visit to the south, but didn't find them. After getting back to Beijing, the emperor had craftsmen make a pair of bamboo palm bowls and inscribe on them a poem written by himself. Twenty-eight years later, when he visited Suzhou again, he ordered craftsmen to make another pair with jade but paint them blue. These stories indicate that Emperor Qianlong was a determined person and quite involved in Buddhism."

The exhibition runs till March 14 at the Guardian Art Center in Beijing.