Download
What does normalization with Israel mean for Morocco?
Li Ruikang 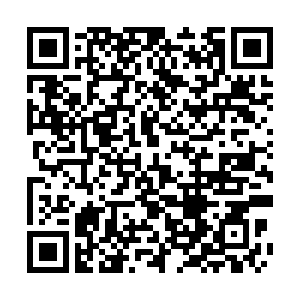 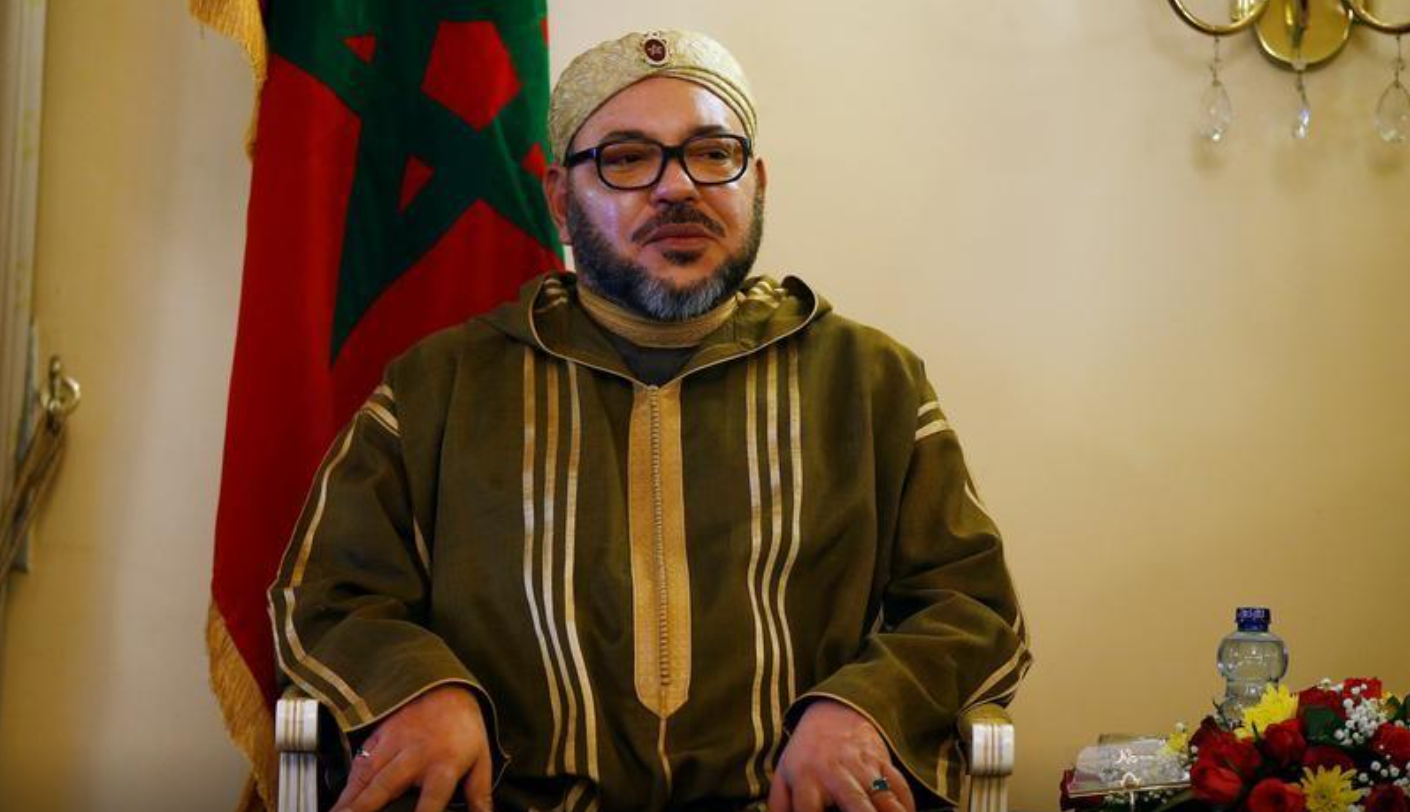 King Mohammed VI of Morocco reviews a guard of honor at the National Palace during his state visit to Ethiopia's capital Addis Ababa, November 19, 2016. /Reuters

King Mohammed VI of Morocco reviews a guard of honor at the National Palace during his state visit to Ethiopia's capital Addis Ababa, November 19, 2016. /Reuters

Last week, Morocco joined three other Arab nations in their recent decisions to formalize ties with Israel. The myriad implications for the North African kingdom have been nothing but significant.

For Morocco, normalizing relations with Israel has never been too tough a decision to make. One of the key factors previously holding it back was the staunch opposition by Islamist parties within the country. Among them, the most influential one is the Justice and Development Party (PJD), which has the largest share in parliament and leads the country's coalition government. For years, the party has seldom been shy of criticizing state-led initiatives, but this time a reluctance to protest the normalization deal, a decision for the Moroccan king to make, is detectable.

Like other Islamist parties throughout the Middle East and North Africa (MENA), the PJD deplores Israel's infringement of Palestinians' rights, perceives it as an anti-Islam entity, and remains adamant in its disapproval of the country. Shortly after the United Arab Emirates reached a deal with Israel in August, Prime Minister and PJD leader Saadeddine Othmani firmly rejected the possibility that Morocco would follow suit. "We refuse any normalization with the Zionist entity because this emboldens it to go further in breaching the rights of the Palestinian people," he said at the time.

But since King Mohammed VI has the final say over Morocco's major diplomatic decisions and the step he took last week apparently went the opposite direction, Othmani has been put in a rather delicate position. So far, the prime minister has avoided making public statements on the matter. His party, more or less reflecting the nuanced stance, endorsed the king's actions in support of the Palestinian cause while reiterating its "firm position against the Zionist occupation." 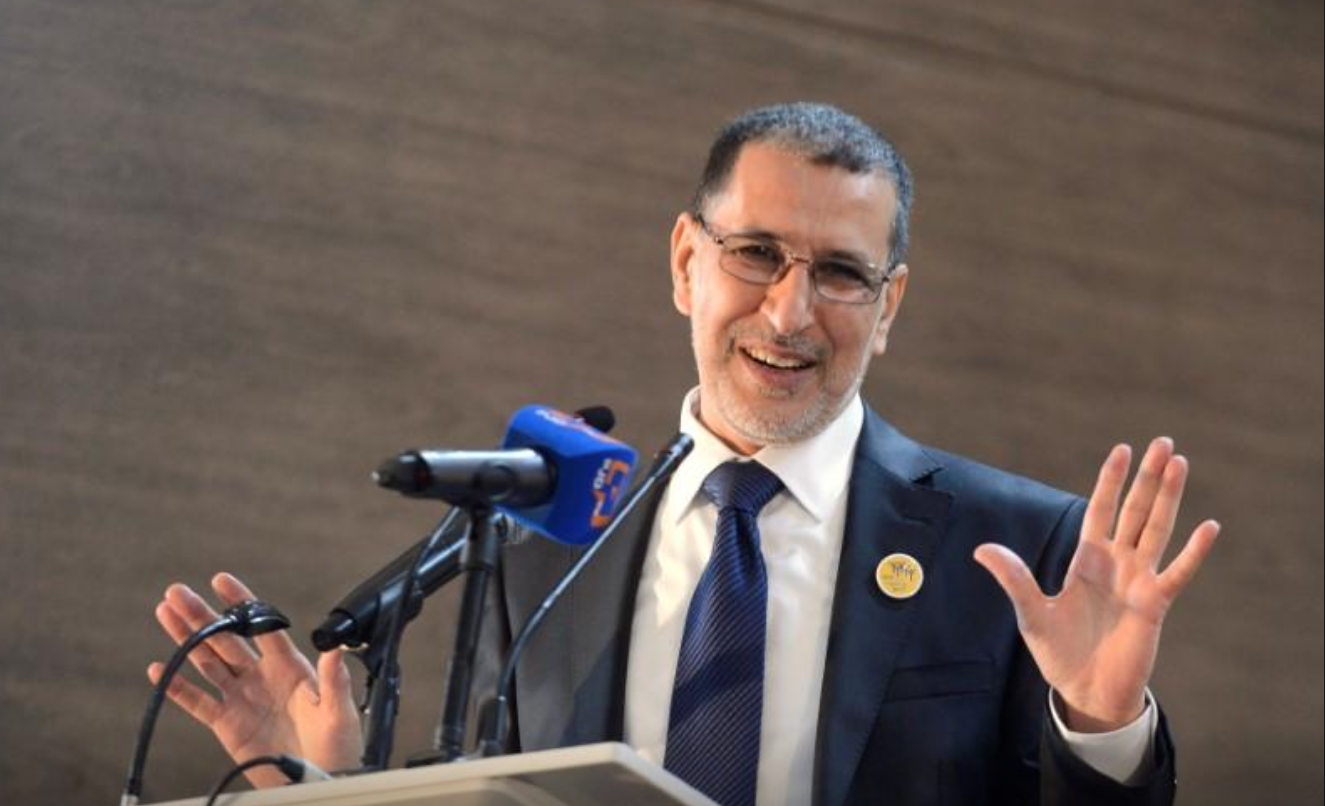 Saadeddine Othmani of the Justice and Development Party (PJD) gives his first speech during a meeting of PJD at the Moulay Rachid Complex in Rabat, March 18, 2017. /Reuters

Saadeddine Othmani of the Justice and Development Party (PJD) gives his first speech during a meeting of PJD at the Moulay Rachid Complex in Rabat, March 18, 2017. /Reuters

Without directly mentioning the normalization deal, it seems the party has lent its acquiescence to the diplomatic move, but this official stand did not come easily by. According to Reuters, the PJD waited two days to react as disagreements over how to respond emerged among the party leadership. While a more placid tone prevailed, the party's internal debate is emblematic of the longstanding dilemma in which the prime minister has to endure.

Since taking office, Othmani has been walking the political tightrope trying to appease his party on the one hand while adjusting himself to accommodate the king's policy orientation on the other. Last year, the PJD was rocked by a crisis of confidence as senior members of the party accused Othmani of being too conciliatory and impressionable, which they believe would compromise the party's ideological base.

Among those most critical of Othmani is the former party secretary Abdelilah Benkirane, who, according to Moroccan news outlet Yabiladi, also notably declined to comment on the normalization agreement. Though unclear what considerations came into play, the proclivity to shun criticizing the king's decision is indicative of a PJD that's aligning itself more closely with the royal palace at the expense of its principles.

The covert peace with Israel

As a wave of enthusiasm for rapprochement with Israel has been set off by the landmark normalization deals reached in August, the political landscape of the MENA region has been reshaped. Building ties with Israel has become the new normal, and that gives Rabat an opportunity to do so without facing the alienation that otherwise would have been triggered in the Arab world.

The centuries-old Moroccan dynasty has long had a uniquely amicable relationship with Jews. In the country that used to host the largest Jewish population in the Arabic-speaking world, what prevails among Moroccans is the deep sense of viewing Judaism as part of their history and culture. And beyond this emotional connection is also the state-led effort to preserve Jewish culture in the country. Once describing the Holocaust as "one of the most tragic chapters of modern history," King Mohammed VI has helped launch the UNESCO-backed Aladdin Project promoting Jewish-Muslim relations and tackling Holocaust denial. In the last four years alone, Jewish architectures were renovated and imams in the country were mandated to learn about Judaism. 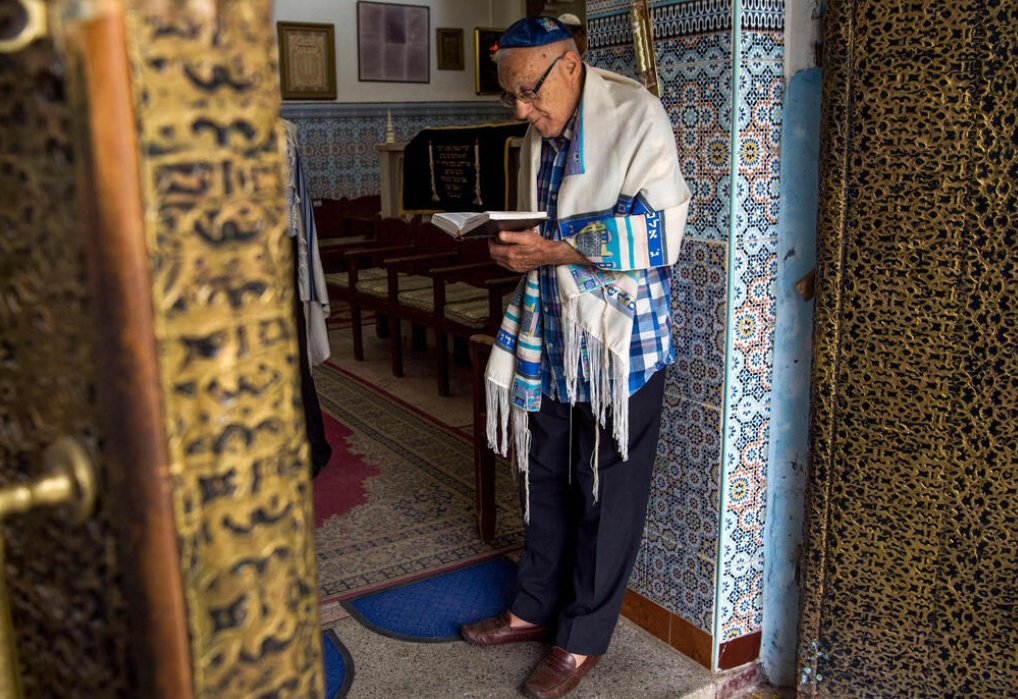 Moroccan Jews and Israeli Jewish tourists participate in a religious ceremony to observe the holiday of Sukkot at a synagogue in Marrakesh. /AFP

Moroccan Jews and Israeli Jewish tourists participate in a religious ceremony to observe the holiday of Sukkot at a synagogue in Marrakesh. /AFP

As for its ties with Israel, the North African kingdom has also been one of the friendliest in the region. Israelis have been given free access to travel to the country, with tens of thousands of them flying there every year. Trade maintains between the two countries even though formal diplomatic relations are non-existent. With both sharing a mutual animosity towards Iran, reports have indicated that they keep under-the-radar cooperation on defense. In January, Morocco reportedly bought Israeli drones for $48 million.

"From our perspective, we aren't talking about normalization because relations were already normal. We're talking about [re-formalizing] the relations between the countries to the relations we had because there have been relations the entire time. They never stopped," said Moroccan Foreign Minister Nasser Bourita in an interview with the Yedioth Ahronoth newspaper on Sunday.

What about Western Sahara?

Given the deep-seated cultural connections and the long-running informal ties, the cost of Morocco entering this new realm seems low, yet the gift it receives for doing so is significant. In exchange for agreeing to the normalization deal, Rabat has won the U.S. recognition of its sovereignty over Western Sahara, a much coveted endorsement that not only lent weight to Morocco's sovereign claims but also bolstered its international standing.

Western Sahara, a former Spanish colony liberalized by the Sahrawi-dominated Polisario Front in 1976, is claimed by Morocco on "historical grounds." For the North African country, reclaiming this disputed territory has been the most important foreign policy goal as most of its diplomatic moves were catered to achieve this objective. In 1984, Morocco left the Organization of African Unity, the African Union's predecessor, after the body recognized Western Sahara's independence. It then took 33 years for Rabat to rejoin the continental body, only when it decided that doing so would secure diplomatic gains against Western Sahara's independence movement. 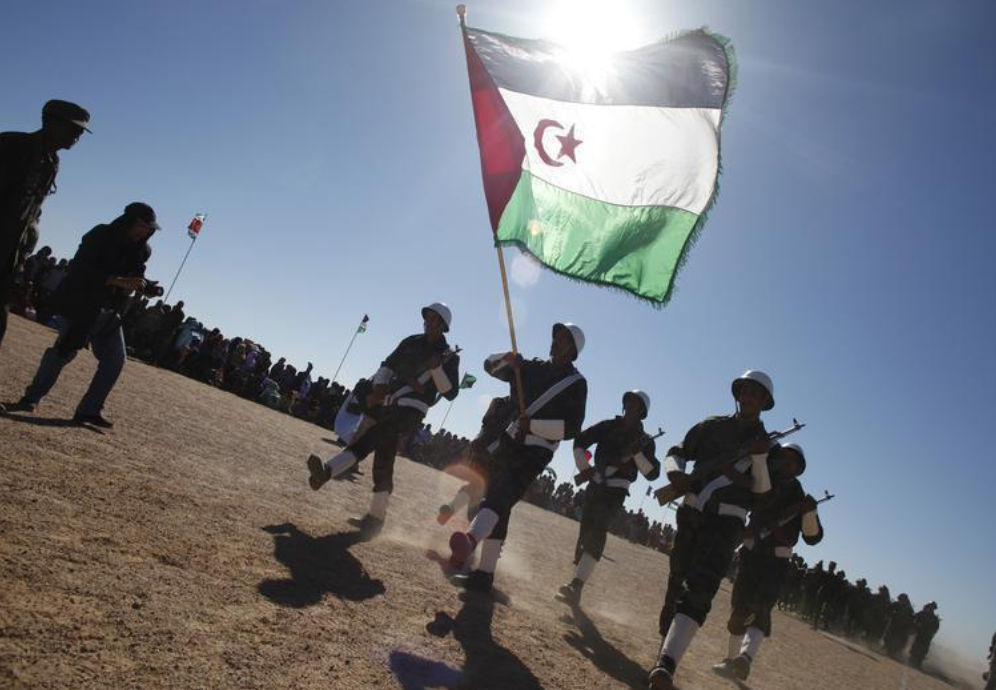 Accompanying Morocco's AU readmission is its increasingly proactive effort to gain foreign backings, and this strategic shift seems to have panned out. In recent years, a growing list of countries have either withdrawn their recognition of the territory's independence or opened diplomatic missions in the disputed territory to support Morocco.

Yet still, the kingdom's extensive diplomatic campaign is faced with overwhelming challenges. Algeria, Morocco's number one regional rival, has not only pushed for international recognition of Western Sahara but supported the Polisario Front's armed struggle. While Western countries favor their relations with Morocco, none has taken the step to voice explicit support for its territorial claim. Instead, they tend to keep their stand in accordance with the UN Security Council resolution 690, which calls for a referendum in which the people of Western Sahara would choose between independence and integration with Morocco.

But now that the United States has made the unprecedented designation, taking a stride substantially further than one can fathom, the page has turned. With the legitimacy granted by the world's most powerful country, Morocco will find it much easier to convince others joining this newfound alignment.