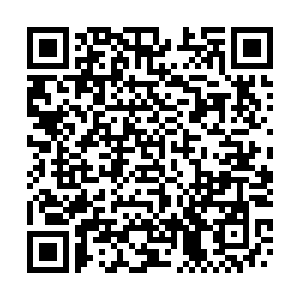 China on Thursday expressed regret over Australia's appeal to the World Trade Organization (WTO) on China's barley tariffs, the commerce ministry said, adding that it will proceed according to the WTO dispute settlement mechanism.

China has received Australia's appeal launched on Wednesday seeking a review of its decision to impose anti-dumping and anti-subsidy tariffs on imports of Australian barley, China's Ministry of Commerce (MOFCOM) spokesperson Gao Feng said on Thursday.

According to the application of the Chinese domestic industry, MOFCOM initiated anti-dumping and countervailing investigations against imported barley from Australia and took corresponding trade remedy measures in accordance with the law.

Australia's discriminatory practices against Chinese companies are not in line with the principles of market and trade rules. China hopes the Australian government will take its concerns seriously and take correct actions, said Chinese Foreign Ministry spokesperson Wang Wenbin on Thursday.

According to the International Monetary Fund (IMF), China is by far Australia's top overall export market. Major shipments from Australia to China are beef, barley, coal, cotton and wine.

The latest trade frictions between the two countries came after an 18-month investigation by China into Australia's barley dumping. In May, MOFCOM ruled that Australian barley was being both undervalued and subsidized, which was followed by an 80.5 percent tariff being imposed, consisting of 73.6 percent in anti-dumping duties and 6.9 percent in anti-subsidy duties.

China's imports of Australia's barley crop averagely worth about 1.2 billion Australian dollars ($904 million) a year between 2014–15 and 2018–19, according to the Australian Bureau of Agricultural and Resource Economics and Sciences (ABARES).

Based on current returns, the barley trade diverted to alternative markets is expected to sell at a lower price compared to export unit values to China prior to 19 May, ABARES cited the Department of Agriculture, Water, and the Environment and estimated that the combination of this price fall and the diversion of exports results in a modeled fall in barley export value of 750 million Australian dollars.