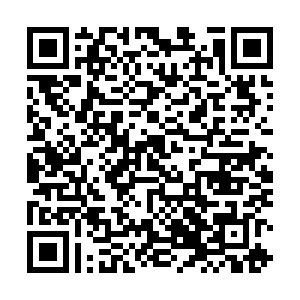 China aims to further increase its forest coverage to 24.1 percent by 2025, which will contribute to the country's carbon neutrality goal, the National Forestry and Grassland Administration (NFGA) said on Thursday.

The announcement was made during a press conference by the agency on the country's nature conservation efforts over the last five years.

Statistics show that 23.04 percent of the country's land is covered with forests, which the agency attributed to the nationwide initiative to plant trees. Earlier this year, a study released in the Nature journal also pointed out that the role of China's tree-planting plan, especially in its southwestern and northeastern regions, in absorbing carbon dioxide and mitigating global warming might have been underestimated.

The agency said Thursday that it will step up afforestation efforts to increase forest coverage to 24.1 percent by 2025. The country has hired over 1 million impoverished people to take part in its afforestation and conservation campaign.

Forests are key to realizing the nation's carbon neutrality, or net-zero emissions, a target by 2060, announced by Chinese President Xi Jinping to the UN general assembly in September this year.

NFGA expects that more trees in the country will be able to absorb more carbon in the future.

"Currently, our forest can store 9.2 billion tons of carbon, a number released for the first time. The number is a result of studies a few years ago so today's number should be higher. Now our forest's carbon storage rises by over 200 million tons annually, which translates into roughly 700-800 million tons of carbon sinks. In the next five, ten or more years, the carbon sinks in our nature will increase," said Liu Dongsheng, NFGA deputy director.

Analysts say besides planting trees, China has to phase out fossil fuels and massively increase the share of renewable energy in order to reach the goal.

On December 12 this year, the Chinese president said in a video speech at the Climate Ambition Summit that China will lower its carbon dioxide emissions per unit of GDP by over 65 percent from the 2005 level, increase the share of non-fossil fuels in primary energy consumption to around 25 percent, increase the forest stock volume by 6 billion cubic meters from the 2005 level, and bring its total installed capacity of wind and solar power to over 1.2 billion kilowatts.

In addition to more green space, the country also plans to take more action in preserving oceans and wetlands and restoring the eco-system at abandoned mining sites in the next five years.