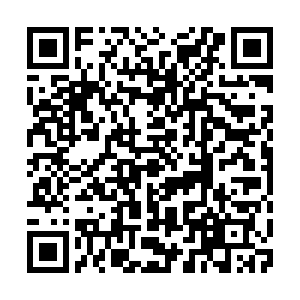 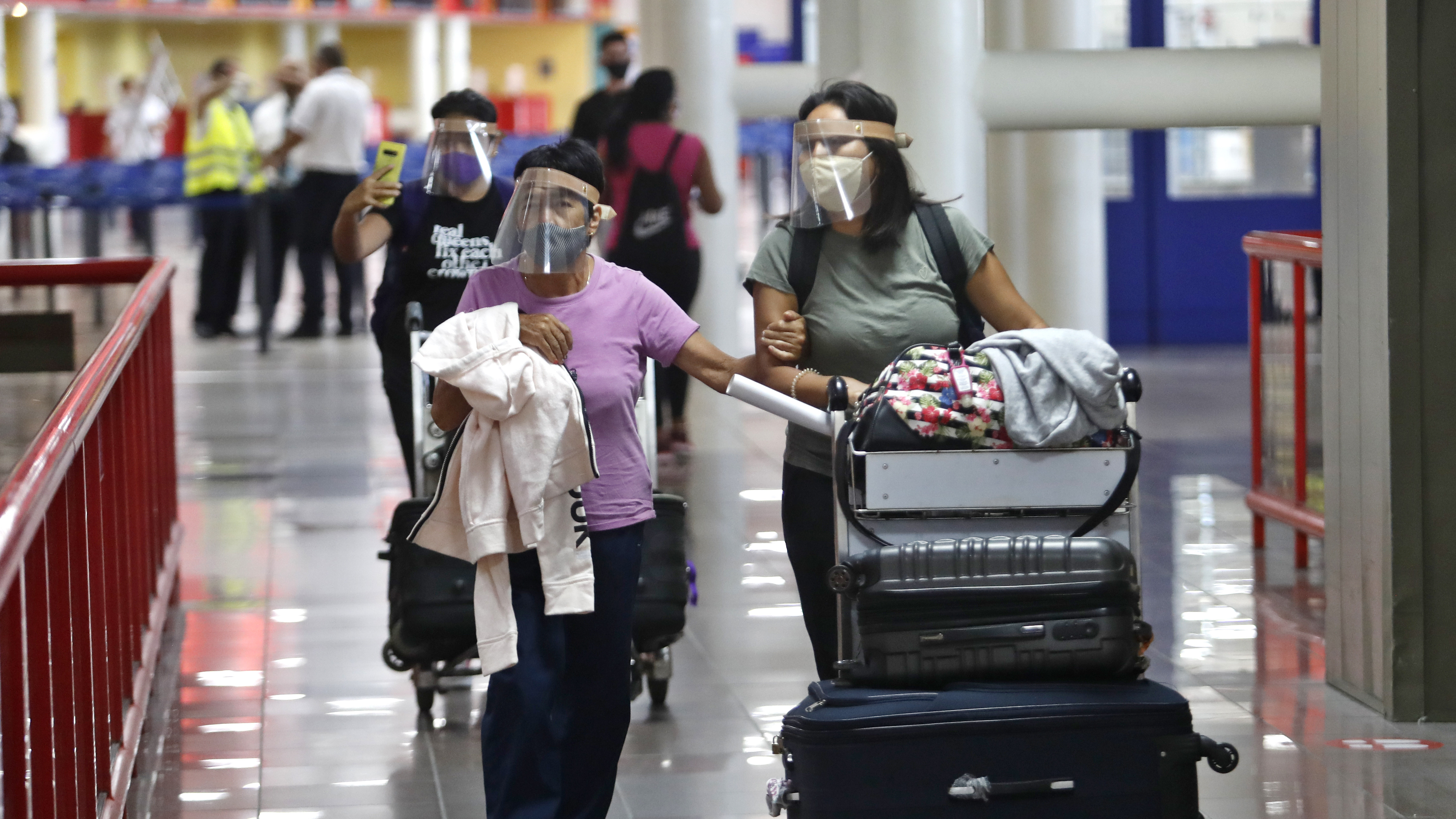 Passengers who just arrived from Cancun wear face shields as a preventive measure against the coronavirus (COVID-19) pandemic at the Jose Marti International Airport following its reopening in Havana, Cuba November 15, 2020. /Getty

Passengers who just arrived from Cancun wear face shields as a preventive measure against the coronavirus (COVID-19) pandemic at the Jose Marti International Airport following its reopening in Havana, Cuba November 15, 2020. /Getty

Cuba is facing the worst economic crisis since the fall of the Soviet Union. With the coronavirus leading to the collapse of its tourist industry, one of the bright spots of the country's economy, it has lost some $3 billion in revenue.

On top of this, the economy is being slowly strangled by the U.S. embargo, the most enduring economic embargo in modern history. Mr. Trump Administration "maximum pressure embargo" campaign, designed to systematically cut off Cuba's principal sources of international business, has caused unprecedented shortages of basic supplies, including food and medicine, and a severe reduction of foreign exchange.

With these economic tragedies, the Cuban government has decided now is the time to put its finances in order. If only it were that simple.

Such a worrying economic outlook demands a radical restructuring of the Cuban monetary system, and that's exactly what Miguel Díaz-Canel, the President of Cuba, has promised. Díaz-Canel has accelerated the pace of economic reform to put an end to Cuba's dual currency system.

Two currencies have circulated in Cuba since the collapse of the Soviet Union, almost three decades ago, as part of a package of measures to open up the economy: the Cuban Peso (CUP)and the Cuban Convertible Peso (CUC). CUP is typically valued at 24:1 against the U.S. dollar, CUC 1:1; neither currency is tradable outside of Cuba.

Under these plans, the CUC, which has been fixed one-to-one against the U.S. dollar for three decades, will be scrapped. Such a devaluation opens the country up to greater investment opportunities and shifts the scope for further market-oriented reforms. Once the CUC is scrapped, the Cuban peso will remain as the sole currency, and be pegged at exchange rate of 24 pesos per dollar from January.

Economists have long argued that Cuba's dual currency system is difficult to control and harming economic growth. The Soviet-style command economy has witnessed sluggish economic performance in recent years, the leading economy will contract 8 percent this year along, as predicted by the UN Economic Commission for Latin America and the Caribbean predicts.

The peso devaluation can be seen as an effort by the Cuban leadership to take greater control of their economy. The government has declared the value of the peso will be determined by the Central Bank of Cuba, and the exchange rate will be "published daily on its website." 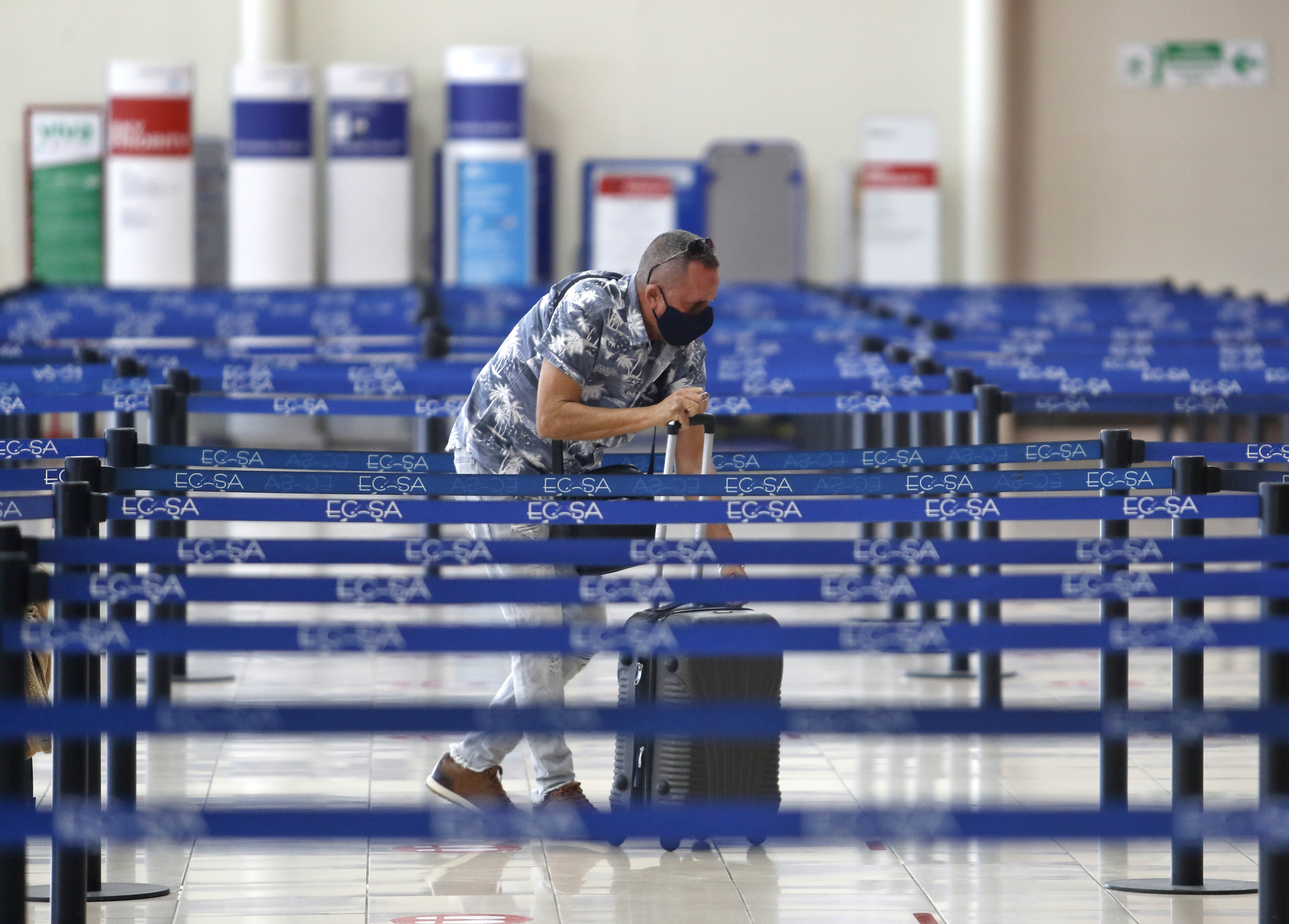 A passenger who just arrived from Cancun wears a face shield as a preventive measure against the coronavirus (COVID-19) pandemic at the Jose Marti International Airport following its reopening in Havana, Cuba, November 15, 2020. /Getty

A passenger who just arrived from Cancun wears a face shield as a preventive measure against the coronavirus (COVID-19) pandemic at the Jose Marti International Airport following its reopening in Havana, Cuba, November 15, 2020. /Getty

By making these reforms, Cuba's leadership is facing up to a torrent of tricky economic and social issues on the horizon. The country is dependent on imports for more than 50% of food and fuel, as well as components for agriculture and manufacturing products. Yet during 2020, Cuba's ability to earn tradable currency has been held back by a combination of local economic blunders, U.S. sanctions, and the coronavirus pandemic.

The immediate impact of the Cuban president's plan could lead to be something less positive: inflation. In Latin America, countries like Panama, Venezuela, and El Salvador have all suffered from high inflation periods in the past.

Although the devaluation of the Cuban peso will promote exports and encourage inward investment, imports will be more expensive. Therefore, as prices of these imported goods rise, Cubans will be the ones paying the difference as the costs get passed onto the consumer.

As a result, scrapping the CUC in itself is not enough to truly address the dire economic situation faced by Cubans. Increasing wages as prices rise and subsidies disappear is critical. Such wage and price reforms are likely to follow these steps on Wednesday as the government grapples with such an important shift to a decades-old currency system. Announcements have even pointed to unprecedented salary increases to counterbalance the price increases provoked by the currency change and the devaluation against the dollar.

Nor will such plans be implemented overnight. It will take a period of time, perhaps up to a year, to collect the CUC currency still in circulation and allow people to make the change. How exactly the government goes about this is not clear. Yet, we believe that it is a fundamental step in reforming Cuba's economic standing in the world.

At the same time, the Cuban government risks ending up with short-term economic tensions as the purchasing power of Cubans' life savings and pensions would go down. Whether the collateral effect of such an eventuality outweighs the long-term benefit is a risk the government must take.

Ultimately, the long-term sustainable development of Cuba depends on the completion of a series of economic reforms - the dropping of the two-currency system is just one component. Collectively these measures have the potential to improve the standards of living for Cuban people and establish a more productive economy.