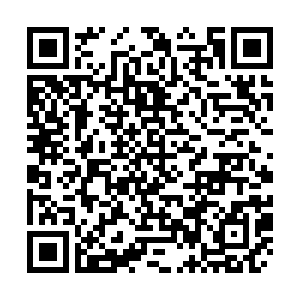 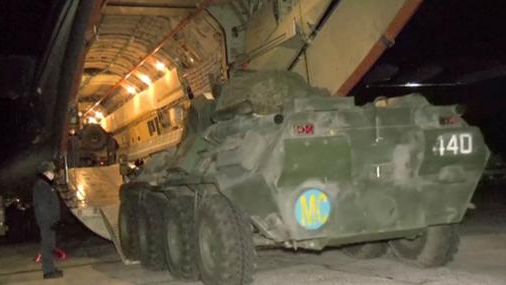 A Russian armored personnel carrier drives into a transport plane as Russian peacekeepers depart for the Nagorno-Karabakh region, at an airdrome in Ulyanovsk, Russia, November 10, 2020. /Reuters

A Russian armored personnel carrier drives into a transport plane as Russian peacekeepers depart for the Nagorno-Karabakh region, at an airdrome in Ulyanovsk, Russia, November 10, 2020. /Reuters

Ethnic Armenians in the region of Nagorno-Karabakh accused Azeri forces on Wednesday of capturing several dozen of their troops, putting further strain on a ceasefire deal that brought an end to bloody fighting in the region last month.

The exact number of captured soldiers is unclear, but reports range it from 60 to as many as 160, seized as part of an Azerbaijani "anti-terror" operation.

Armenians have protested after reports that soldiers were seized by Azerbaijani forces in Nagorno-Karabakh.

Azerbaijan's defense ministry did not comment on the accusation.

The Russian-brokered deal halted a six-week conflict between Azeri and ethnic Armenian forces over the region and its surrounding areas, locking in territorial gains for Azerbaijan.

Moscow has deployed peacekeepers to police the ceasefire, but skirmishes broke out on Sunday, with Azerbaijan and Armenia blaming each other. Four Azeri troops were reported killed in the fighting, and six ethnic Armenians were wounded.

In a new setback on Wednesday, a Nagorno-Karabakh official said it had lost contact with several military positions late on Tuesday in areas that were supposed to remain under its control, according to the November 10 ceasefire deal.

Hours later, regional head Arayik Harutyunyan said the troops had been captured and accused Azerbaijan of a "provocation."

"Several dozen servicemen were taken hostage by Azeri forces in the direction of Ktsaberd village, and the defense ministry is currently trying to figure out all the circumstances," Harutyunyan said in a pre-written speech posted on his Facebook page.

Later, an Armenian official said Russian peacekeepers had helped lead a number of Armenian troops out after they had been encircled by Azeri forces, the Interfax news agency reported.

The incident came shortly after Armenia and Azerbaijan confirmed they had begun exchanging groups of prisoners of war, part of an "all for all" swap mediated by Russia.