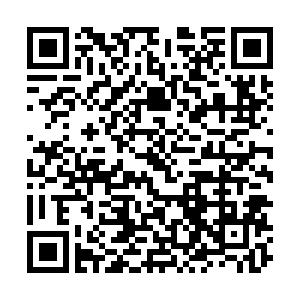 When the sun shines, and life is normal again, Marton Kiss will be back selling ice cream – with plans for a new liqueur flavor to tempt Budapest's dessert lovers.

Not many people would have started an ice cream business during a pandemic. But 25-year-old entrepreneur Marton Kiss went ahead, after he lost his job as a tour guide this March.

He built a wooden ice cream house which he took to festivals across Hungary in summer. His ice creams and crepes were a hit.

Marton recalls: "Everybody was really happy to go out, to be at a festival. I would say the mood was much better than at festivals in recent years as everybody was pumped up, ready to go out and get an ice cream."

The favorite flavors, he said, were strawberry and raspberry, adding "because all the fruits were fresh and those looked the tastiest."

These festivals were held between the first and second waves of coronavirus, Marton said. But when cases started going up rapidly in September, Hungary brought in new restrictions, including a limit on gatherings.

Asked how it felt when he had to hang up his spatula, he answered: "It was very upsetting at the beginning. It was my dream to do this ice cream business on my own."

Now, parts of the ice cream house are covered under clothes in his back garden. Other sections are in a storage facility. But he vows his business will one day be back up and running.

"When I see the sun is coming back and the weather is much better, that will be the first point," he said, adding "And when I get emails from the owners of the festivals that they're going to open, that's going to be the time when I feel everything is going back to normal."

As for any planned new flavors, he reveals: "I see a trend going on with alcoholic ice creams for adults, so I am going to maybe try a Baileys flavor ice cream in the future."