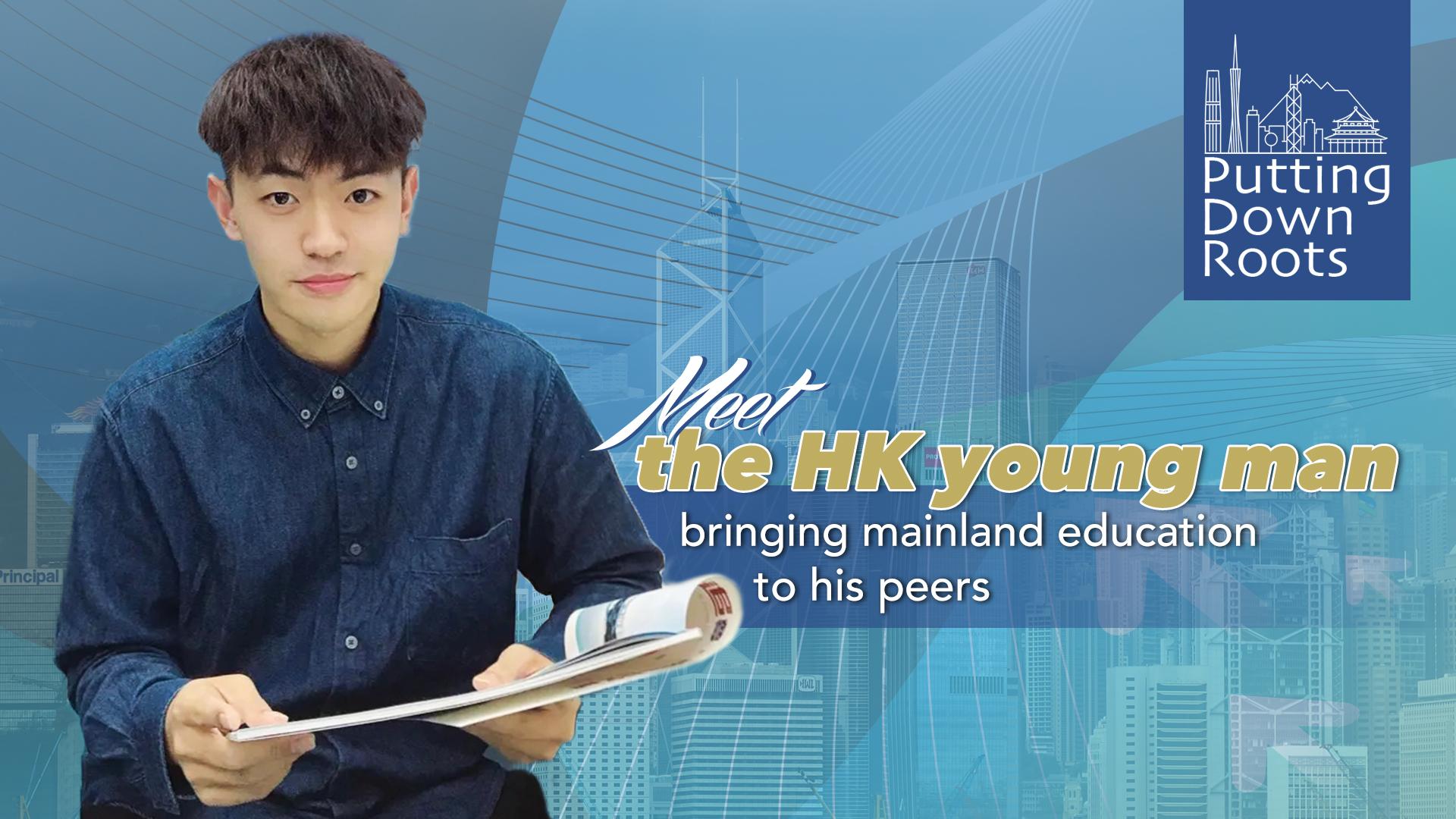 Beset by the chaotic scenery left behind by the unremitting waves of unrest in the Hong Kong Special Administrative Region, recent graduate Chris Tsang decided last year to figure out the next stage of his life somewhere away from home. He moved to Guangzhou, a place neither too distant nor unfamiliar to him. There, he was quick to find a new home.

As an integral part of the Greater Bay Area, Guangzhou has the natural advantage of offering preferential policies for Hongkongers looking to start a business in the mainland city. Tsang found a government-run pioneer park in Nansha, Guangzhou's southern district, that caters exclusively to Hong Kong and Macao graduates and soon became a resident.

To Tsang's delight, the park offered him both a three-year-free office rental and a living option that's much cheaper and better than what he could find on his own. Not only that, but from business registration to filing tax returns, everything was taken care of by the park staff. "They helped us with a lot of things that we, as HK business starters, had difficulties in dealing with," Tsang said.

Comfortably settling in, Tsang launched a company dedicated to helping Hong Kong students pursue higher education on the mainland. His business idea, formed after he attended university in Guangzhou, had much to do with his personal experience, a story he felt excited to share.

"When I was applying to Guangzhou's Jinan University, I ran into a lot of difficulties due to the scarcity and fragmentation of relevant information online," he said. "Though I eventually got in, I can imagine how hard it would be for other students trying to do the same, and that was when I began to explore the idea of translating it into a business opportunity."

The startup firm, which has only been in operation for four months, has already had some success.

"I happened to ride the wave of increasing economic integration of the Greater Bay Area," Tsang said. "Nansha is positioned as the area's central pivot, and many policies have been introduced to benefit startups from Hong Kong and Macao."

Having received the local government's endorsement, Tsang won a contract to build an education center where HK students can learn about mainland opportunities. 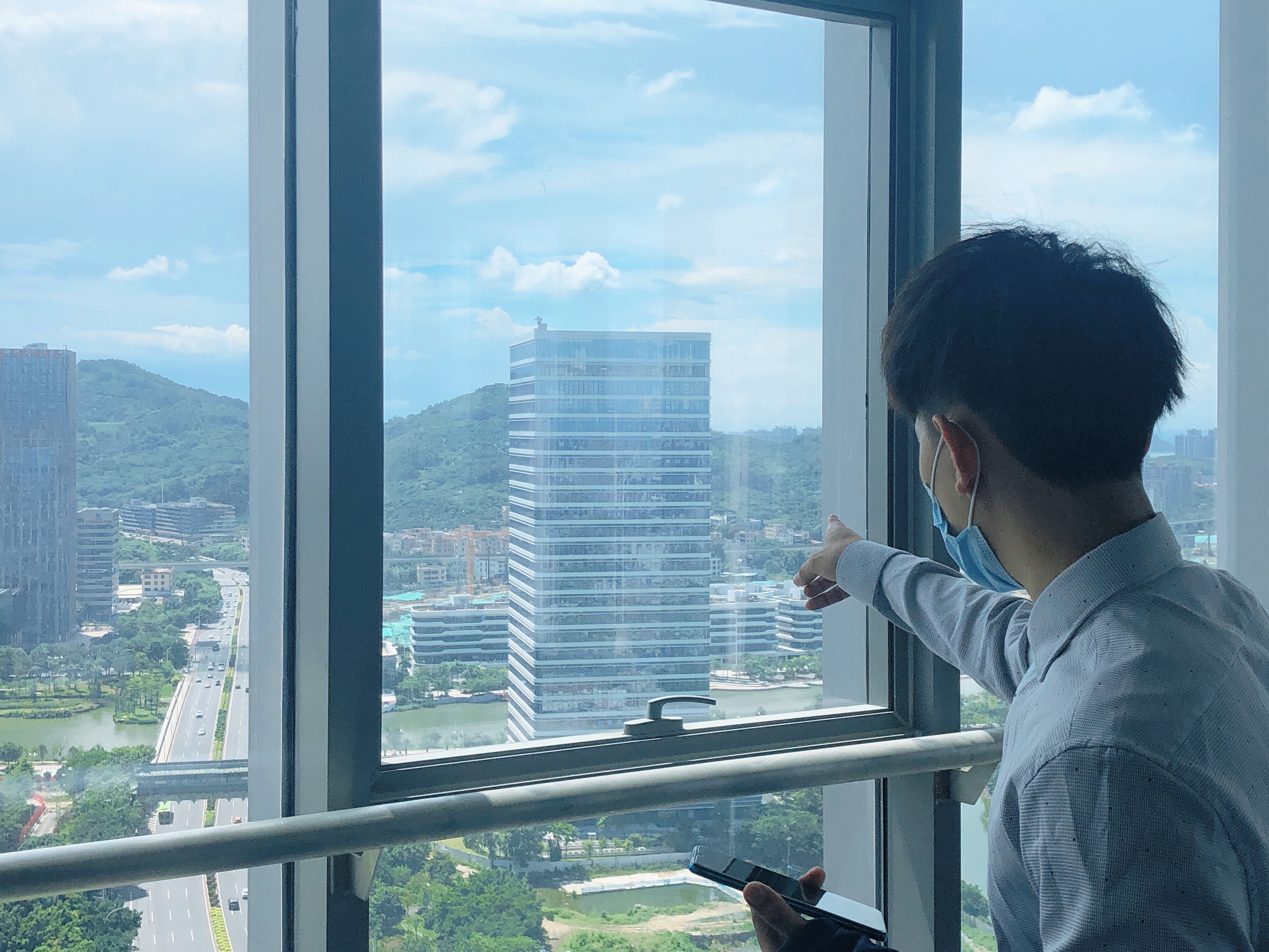 Also active in the media circle, Tsang has found a large audience among many HK families. "After I shared what we know with those parents, they came to consult us and began showing an interest in our services," he said.

Tsang's first real client was a 17-year-old boy who couldn't get into university in Hong Kong.

"He had very bad grades, knew nothing about the mainland," Tsang said. "But his family, without knowing how, wanted to send him here."

Tsang and his team then offered the anxious family a specifically tailored plan, and now the young student is very likely to receive an offer from Jinan University this year.

"This is a really big help for his family, and the boy is also very thankful for our service," Tsang said. "He did not have a promising future in Hong Kong. Coupled with the COVID-19 pandemic and what's going on in HK society, 16- or 17-year-old students like him are having a very confusing time."

Having tasted the first fruits of success, Tsang felt a sense of accomplishment after helping the boy find his way.

While Tsang believes more students will be willing to further their studies on the mainland, there are certain challenges. Getting into a mainland university is not many Hongkongers' first choice, as a better option would be to stay in Hong Kong or go abroad.

"They rarely notice that the education quality here has improved substantially," he said. "Their views toward the mainland have more to do with long-held stereotypes and less to do with reality."

Tsang believes he is serving as a bridge between Hong Kong and the mainland. "After HK students come here, they are not only receiving an education but also encouraged to form their own views about the place where they are studying. As for whether they will stay here in the future, we should let them figure out for themselves, instead of telling them straight."