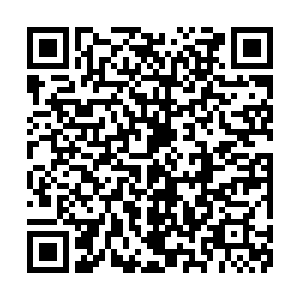 The International Labor Organization (ILO) has delivered a grim forecast for the job market in Latin America after the battering it has received as a result of the coronavirus pandemic.

"We are entering 2021 with employment in intensive care," ILO Regional Director Vinícius Pinheiro said on Thursday as the UN agency released its annual labor review predicting that unemployment in the region will reach its highest level in more than a decade this year.

The figure is projected to increase to 11.2 percent over the next year.

The real picture is far worse on the ground, as the report says an estimated 23 million people simply stopped looking for work.

Latin America is the hardest-hit region by the pandemic. The International Monetary Fund (IMF) projects an 8 percent economic decline in the region in 2020, as opposed to 3.3 percent for emerging economies and 4.4 percent for the world as a whole.

The region is forecast to experience modest growth of about 3.5 percent in 2021, but the ILO says this would be "insufficient to recover the lost ground" caused by the current crisis.

Speaking on Tuesday, IMF Managing Director Kristalina Georgieva deemed Latin America as the world's most unequal region in explaining why it accounts for 20 percent of coronavirus cases and 30 percent of deaths while having just 8 percent of the global population.

"Inequality of opportunity means that part of society is just not reaching its full potential," Georgieva told a podcast hosted by the New York-based Council of the Americas. "That is bad for people. It is bad for the economy as a whole."

She said the IMF has directed 62 percent of its pandemic lending to Latin America, reflecting the magnitude of the crisis in the region.

"The road to a new and better normality will not be easy, nor will it be short," he warned.

The magnitude of the task was highlighted by Georgieva in comparing per capita incomes of Latin America and Asia to show where the "momentum" of regional growth is. In the 1990s, the average income in Latin America and the Caribbean was 25 percent of that of the U.S., with Asia's at a mere 5 percent. Latin America's hasn't moved since then but Asia's has risen to 20 percent.

The IMF head indicated that the region's prospects will improve if the American economy thrives as it emerges from the pandemic.

The U.S. absorbs 45 percent of all Latin American exports and accounts for 40 percent of investment in the region, according to the IMF.

(Cover image: Brazilians gather outside a bar at the Mureta da Urca, Rio de Janeiro, on December 1, 2020, amid the coronavirus outbreak. Brazil has the world's second-deadliest outbreak of the novel coronavirus after the United States. /Reuters)