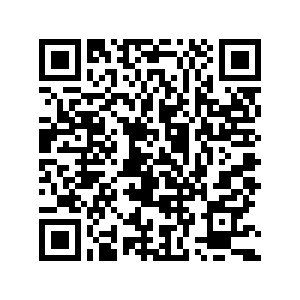 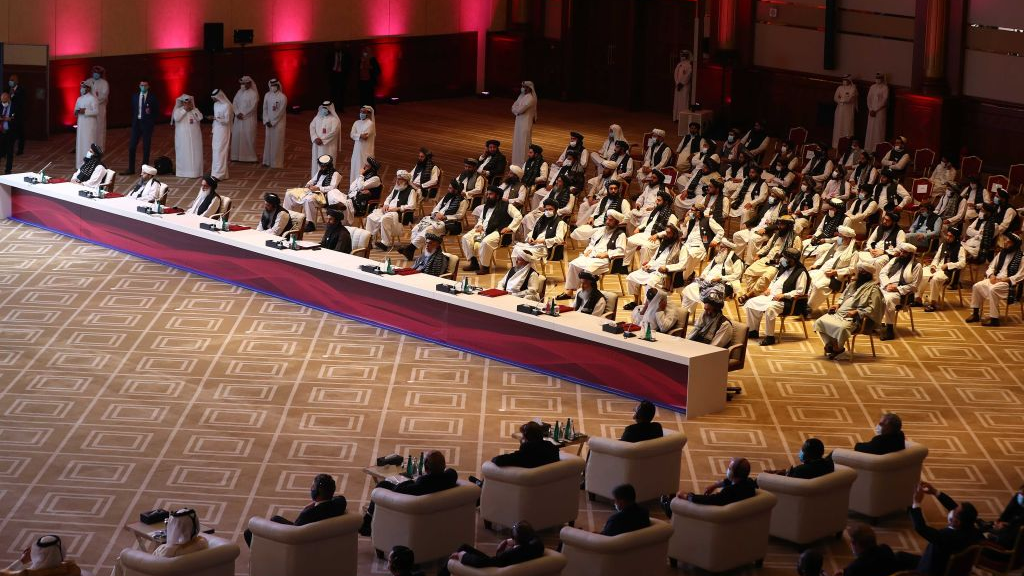 Participants are seen during the commencement of intra-Afghan peace talks between the Afghan government and Taliban insurgents in the Qatari capital, Doha, September 12, 2020. /Getty

Participants are seen during the commencement of intra-Afghan peace talks between the Afghan government and Taliban insurgents in the Qatari capital, Doha, September 12, 2020. /Getty

Editor's note: Hannan Hussain is a foreign affairs commentator and an author. He is a Fulbright recipient at the University of Maryland USA (2020-2022), and a former assistant researcher at the Islamabad Policy Research Institute (IPRI). The article reflects the author's opinions, and not necessarily the views of CGTN.

As Taliban fighters and Afghan government negotiators embrace a tense pause in groundbreaking negotiation progress, the country's post-conflict political stability deserves to be supported through the institutionalization of the Disarmament, Demobilization, and Reintegration (DDR) program. Unlike previous failed attempts, it must be captured as a supplement to the recently agreed preamble of intra-Afghan talks, seen as the procedural ground rules mantra. The Taliban are less likely to agree to explicit ceasefire guarantees anyway, and have demonstrated their willingness to test-drive competing visions for peace under the joint working committee for agenda-setting.

The inclusion of Afghan government negotiators within the same working committee lends optimism to some headway on what disarmament could actually mean from an insurgent perspective – taking the conversation on post-conflict security beyond inevitably confrontational Taliban profiling. The critical topic of constitutional legitimacy is likely to be discussed between both sides sooner than later. Therefore, incorporating legal pointers – such as  Article 149 of the Afghan constitution – can make the best use of the Taliban's start-stop peace imperatives in forthcoming agenda-drafting.

Moving towards a well-resourced plan for disarmament is also important to describe what constitutes influence-building ahead of the next round of intra-Afghan talks. Courtesy of the United States' scramble for military influence in earlier years, the Taliban now view the Disarmament, Demobilization, and Reintegration (DDR) program with deep skepticism, despite its strengths being endorsed by the U.N.

But by communicating the DDR as a chance for the Taliban to transition from a "self-interest" model of social control in Afghanistan to one of popular legitimacy, insurgents still acquire what they wish to unlock in the future: a new domestic incentive to placate contending factions for popular and effective legitimacy.

Note that the Taliban's aversion to acknowledging the constitution stems from the fear that this would undermine their own ability to rationalize rule by will. DDR offers a chance to generate concrete parameters, including pathways for debating and enforcing the "collective will" of a power-sharing setup, so that the sting of violent offensives is slowly taken out of a rebellious Taliban psyche.

One of the reasons why the U.S.-led DDR program repeatedly failed in reining in Taliban fighters in the past was because DDR was neither constitutionally mandated, nor did it incentivize the Taliban to contemplate peace in conjunction with a reduction-in-violence pledge. That could change with the Taliban reportedly factoring territorial independence and fundamental human rights as part of a 24-item request list to government negotiators. As the push towards a short-term ceasefire pledge cedes ground to a series of softer agenda goals, the incentive to test-drive DDR's acceptance to Taliban ranks at present is vital. 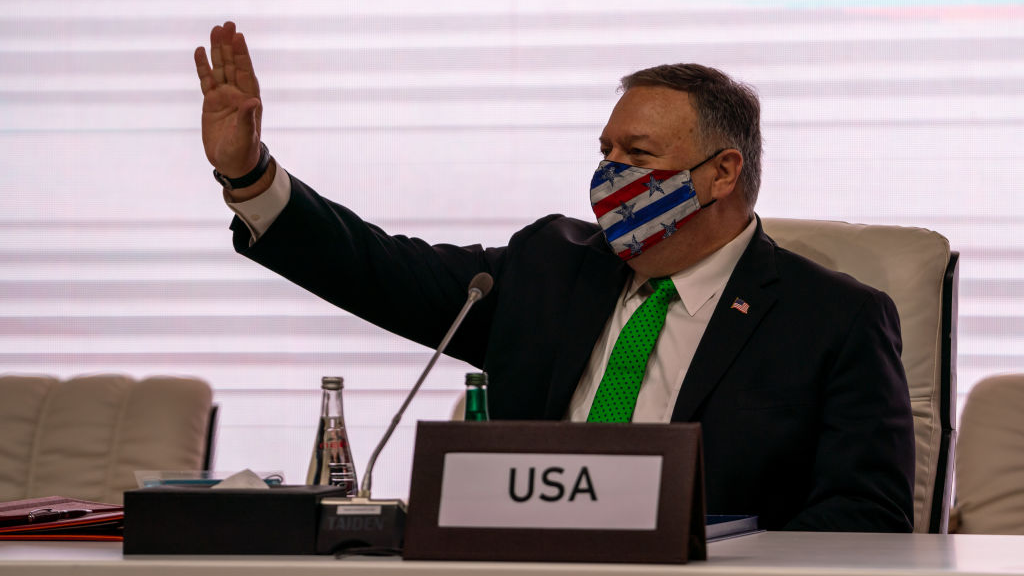 Second, government negotiators are not roundly averse to steering Taliban fighters into a post-conflict governance setup, regardless of the constitutional debate. This goes hand-in-hand with the potential objectives of the incoming Biden administration, as well as those of the U.S. Special Envoy to Afghanistan, suggesting that in the event a full-scale ceasefire is unlikely, violence reductions and disarmament imperatives may provide sufficient fallback cover.

In turn, a constitutionally-framed DDR proposition during on-going talks could enable the United States to proceed with its synchronized troop withdrawal into next year, and make the concept of legality a point of potential embrace between insurgents and the Afghan government negotiating team.

Other possible recommendations, such as a wishful push for explicit Taliban ceasefire guarantees, won't satisfy the same merits as the DDR. For instance, in the current context of Doha talks, pushing for explicit ceasefire guarantees may hamper the Taliban's objectivity in the joint agenda drafting. In turn, insurgents may redirect their energies – as they have in the past – to Washington, by calling it out for falling short on troop withdrawal commitments by the agreed date, circumventing the Afghan government altogether.

Unlike the ingredients of non-violent resistance proposed by political scientist Erica Chenoweth, the Taliban do not "confront" a perceived U.S. or Afghan government adversary through protests, demonstrations or noncooperation. Their intricate network of province-to-province armed offensives is central to producing violence-on-demand. Lofty goals risk affording accelerants to it.

It is also worth noting that some opposition to DDR may still stem from the Taliban's senior leadership, which often practices a change of guard on peace concessions once consulting associates beyond Afghanistan. Washington and Kabul cannot afford to misread the leadership's current consultation nuances at the hands of responsible neighboring powers. A lax view of peace could prove particularly troubling given that evidence on robust, internationally negotiated pacts shows that states can become constrained by their own commitment to peaceful behavior if they struggle to consolidate collective ownership under functional legal frameworks for peace.

In Afghanistan's case, that means the constitution-DDR nexus. The Disarmament, Demobilization, and Reintegration imperative not only keeps the vital prospect of Taliban's transition towards nonviolence alive. It appears compatible with major articles in the current constitution, and appeals to the sanctity of fundamental rights to offset costs of a confrontational fallout – the emerging priority of both warring sides.