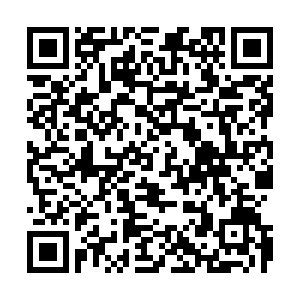 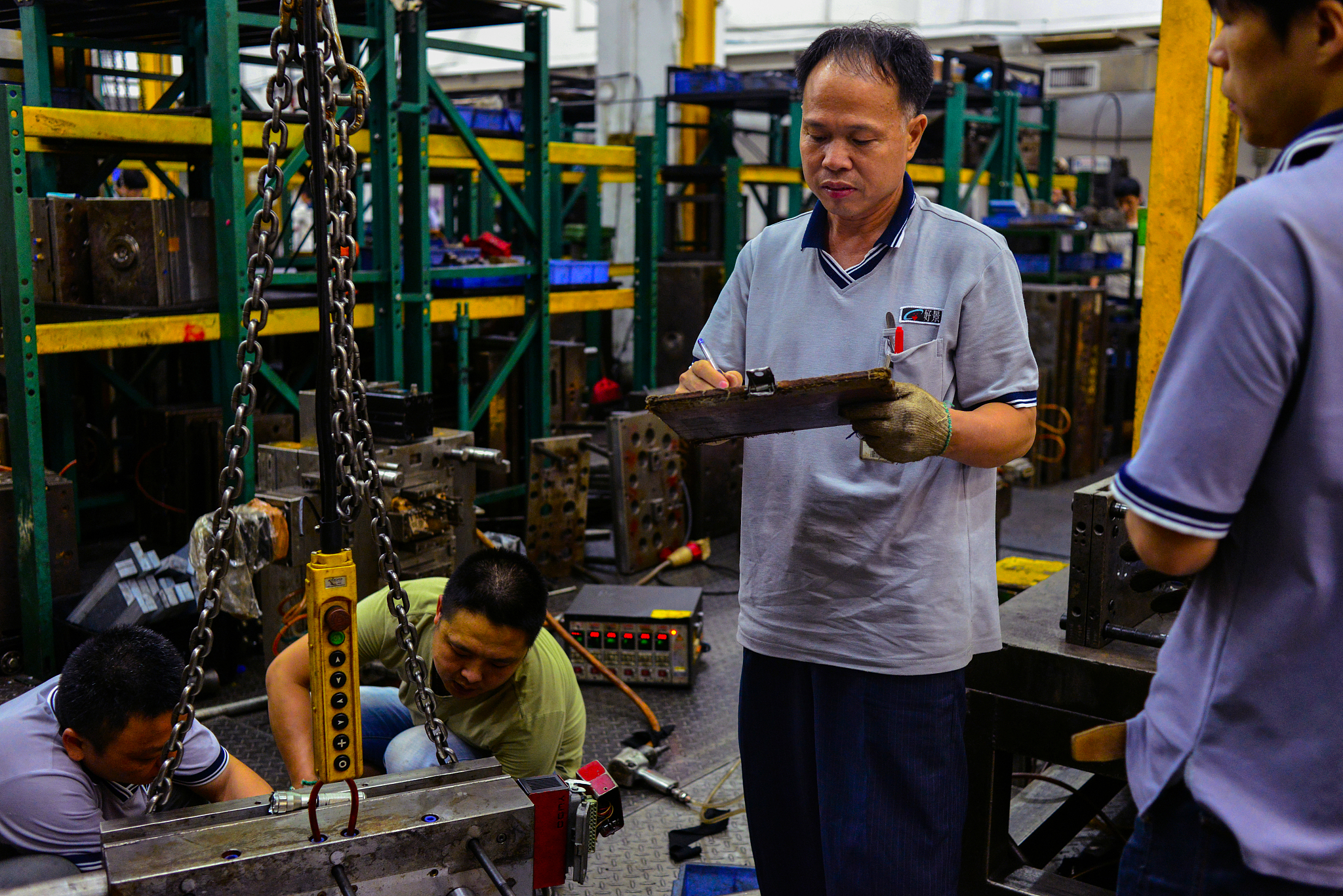 The Chinese government will roll out plans and policies to improve the salary of technical workers, rendering them a part of middle-income groups in the following five years, officials of the Ministry of Human Resources and Social Security (MHRSS) said at a news briefing on Friday.

The move comes at a time when skills gap and worker shortage is particularly acute for blue-collar jobs. Official data shows that though the country has more than 200 million technical workers, which includes 50 million high-skilled technical workers, the number compared with that of developed countries is pretty small. In China, the proportion of manual laborers accounts for only 26 percent in the job market.

Officials say over the years, with the development of China's economy, the shortage of skilled workers has restrained the development of the manufacturing industry as the pool of available labor has become more educated, and thus less interested in blue-collar jobs.

According to officials, the shortage becomes most visible in production, healthcare support, food services, cleaning and maintenance occupations.

Zhang Lixin, an official at the MHRSS, acknowledged that the cultivation of technical workers currently was plagued by low salaries and social stigmas. To fill the gap of blue-collar and technical workers' shortages, increasing their salary is of great importance.

Globally, there is a stigma connected to manual laborers that is very hard to break. Aside from the job itself, which involves greasy stuff, getting one's hands dirty, people who do such manual jobs are often seen as less educated. Even if they've graduated from vocational schools, they're usually viewed as people who performed badly in their high school and were ineligible for universities and, therefore had to go to vocational schools. 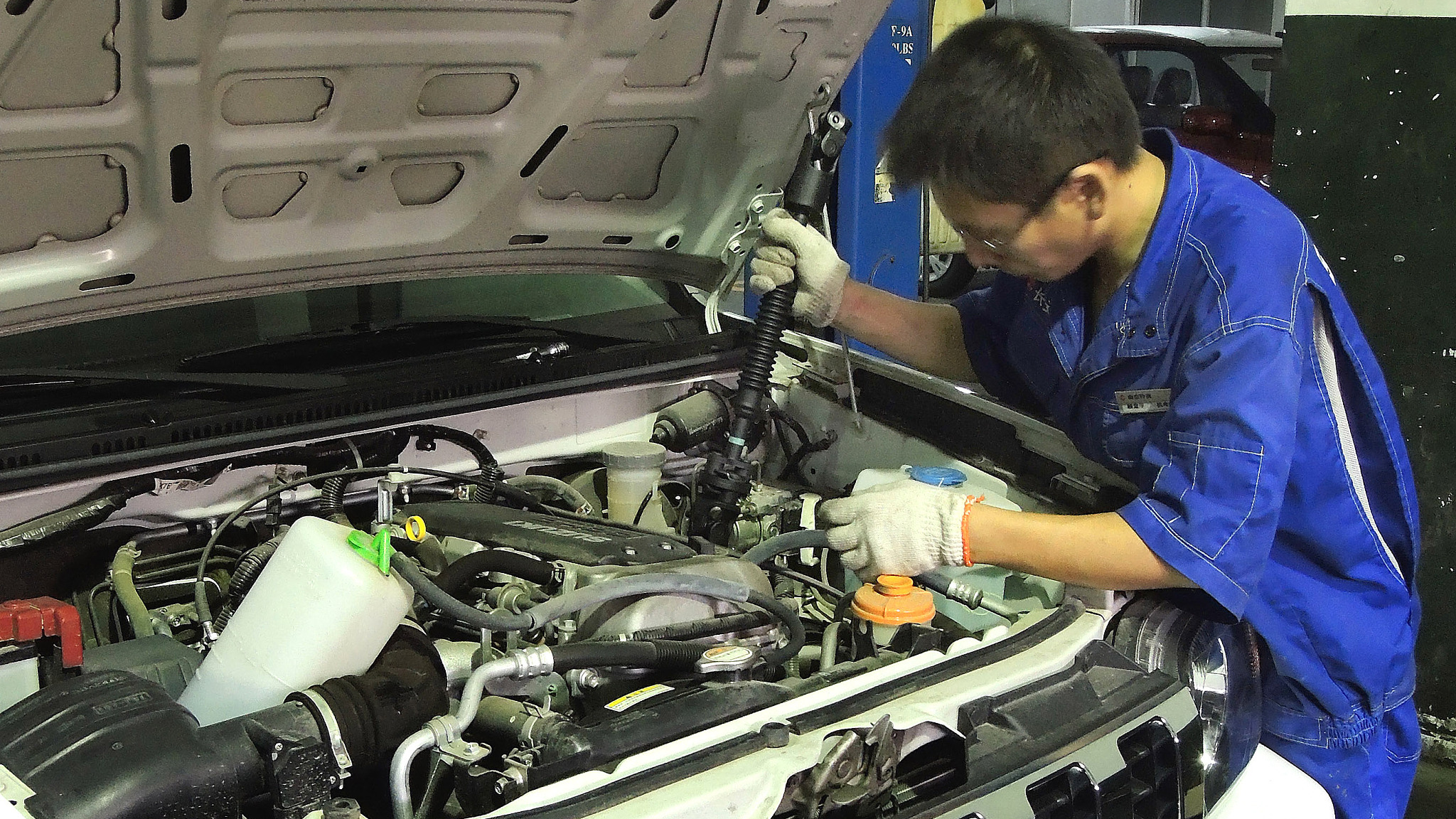 A technician is replacing parts of an automobile in a 4S store, Nanjing City, southeastern China Jiangsu Province, September 16, 2013. /CFP

A technician is replacing parts of an automobile in a 4S store, Nanjing City, southeastern China Jiangsu Province, September 16, 2013. /CFP

"The low-level of salaries and socioeconomic status caused many young generations to move to other industries, and feel reluctant to learn technical skills," said Zhang Jinghua, a technician at CRRC Qiqihar Vehicle company located in northeastern China's Heilongjiang Province, adding "Our country has entered the aging society, and the degree is deepening, but young people don't want to do manual jobs. There is a huge gap now. In the northeastern region, some senior high-skilled technicians want to pass on their skills, but they can't find proper apprentices."

In the context, officials say China will further push for the accelerated development of its vocational and technical education system in the following years.

In 2019, the State Council allocated 100 billion yuan ($14.7 billion) for vocational upskilling to enhance the Chinese workforce. And in an implementation plan in the same year, the State Council vowed to expand vocational college enrolment by one million to cultivate talent of various professional skills.

Now facing a slowing economy and bleak jobs market, with the situation exacerbated by the coronavirus pandemic, upgrading China's vocational education and increasing the salary of laborer workers are seen as a strong engine to boost China's jobs market and domestic demand.