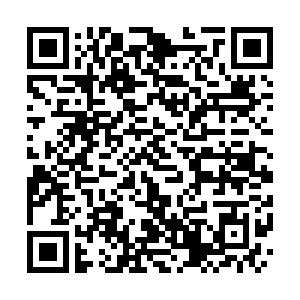 The Bureau of Industry and Security (BIS) of the U.S. Department of Commerce on Friday put 77 entities on its "entity list," most of which are Chinese companies, universities and individuals.

In an emailed statement, DJI said it is disappointed in the U.S.'s decision, adding that "customers in America can continue to buy and use DJI products normally."

"DJI is a globalized tech company from the very beginning, whose sales also started out with overseas markets... most of its sales are generated by markets outside of China," an anonymous industry insider told CGTN.

"As far as DJI products are concerned, although the domestic drone supply chain is considerably complete, most of the chip-related parts and accessories still come from the United States," said the insider, "so there is still a direct impact."

"The sales of consumer drones primarily stem from travel demand. The epidemic this year has inflicted damage on global drone sales, hence the 'entity list' will not morph into the overriding cause in the short run, yet it's hard to tell on the long shot," the insider added.

"Stagnation in sales and short-term tech progress exerts a petty impact on daily lives and will by no means result in the lose-lose situation. One can live without drones, but by no means mobile phones," according to the insider.

DJI currently acts as the global pacesetter in the drone field.

Drone Industry Insights, the world's leading drone market research organization, stated in a June report that the Chinese drone maker's share of the global commercial drone market settles at about 70 to 80 percent.

The agency also predicts that the global commercial drone market will reach $42.8 billion by 2025.

BIS said it added DJI to the list "for actions deemed contrary to the national security or foreign policy interest of the United States."

The "entity list" can be dated back to February 1997, which covers a host of businesses, research institutions, and individuals subject to license requirements for the export, re-export and transfer of certain items to the country.

Strained China-U.S. relations in recent years have put loads of Chinese tech companies from the likes of Huawei and Hikvision on the blacklist.

DJI's layout in the North American market may also be further affected. Drone Industry Insights said in October 2019 that DJI's commercial drone share in the U.S. market was as high as 76.8 percent, and the second-ranked Intel only occupied 3.7 percent.

China has urged the U.S. to stop the unjustified crackdown on Chinese enterprises, said Wang Wenbin, spokesperson for the Chinese Foreign Ministry, at a Friday press briefing.

This is not the first time DJI has dealt with the horns of a dilemma.

In 2015, the U.S. Department of Homeland Security reported that Chinese made drones may bring back sensitive information to its manufacturers, and alleged that Chinese government agencies could access or use this data.

The U.S. Department of Justice went on record as saying in October that no organization is allowed to use its funds for any unmanned aircraft manufactured by "any entity that is subject to or vulnerable to extrajudicial direction from a foreign government," including DJI.