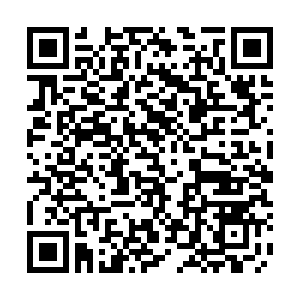 A small piece of fruit has changed the destiny of an entire village.

That's the case in central China's Hubei Province where locals have managed to beat poverty by growing the humble pomelo.

Prof. Robert Larkin was a special guest to a trade fair at Huolong Village in Hubei Province, back in November, which launched the village's own pomelo brand, named "Huolong Jade Emperor".

The area hasn't always excelled at growing quality fruit. The pomelos here used to taste sour and were hardly sold.

As a professor at the College of Horticulture and Forestry under Huazhong Agricultural University, Prof. Larkin had been helping the villagers improve their agricultural technology since 2012.

He and his colleagues also brought in enterprises, trying to expand the market for the local fruit.

"I've never been to a village with so many pomelo trees. Even in front of buildings, they can find a small plot of land to plant the trees," said the professor.

Every time Larkin traveled to the village, he met Tan Ming, a local official who's long been on the frontline of poverty eradication efforts.

"After we decided to focus on the pomelo industry in the village, our township government applied for support from the county's finance department. The subsidy of 150,000 yuan per kilometer was used to solve the travel problems people face in production and daily life, including pomelo transportation," Tan Ming said.

Over the past four years, Tan has helped build 4.7 kilometers of roads in the village, breaking transport bottlenecks hurdling the pace of the pomelo industry.

He has also introduced e-commerce training teams to the village, teaching villagers how to make full use of the internet to sell their products.

Villagers once unable to even use smartphones are now able to sell pomelos by live-streaming, an increasingly popular marketing method in China.

As of last year, almost every family in the village plants pomelos. And with an annual output of 400,000 tons and a per capita annual income of 9,000 yuan ($1,200), the whole village has been lifted out of poverty.

A grander blueprint is now spreading out from the village. The local government strives to attract more tourists to the mountainous area by promoting the unique natural scenery along with what's become a local specialty – its pomelos.