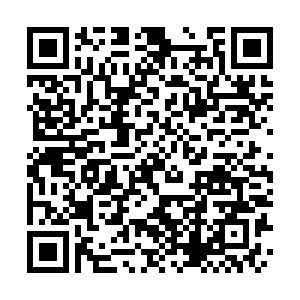 Editor's note: Dr. ir Johannes Drooghaag is a cybersecurity analyst and strategist in the Netherlands and author of "The Human Element in Cyber Security." The article reflects the author's opinions, and not necessarily the views of CGTN.

Over the past two years, the U.S. under Donald Trump has tried to enforce an agenda of cybersecurity on the entire world. Catchy titles like "the clean network" and "the coalition of the willing" are slogans in a campaign that is designed to make the world believe the U.S. is good and China is bad. All of this is conducted under the label of national security interest or cybersecurity concerns.

Experts, including myself, have warned over and over again, that banning entities simply based on their nationality has nothing to do with cybersecurity and does nothing to improve the security and privacy of global citizens. In fact, it is even counterproductive. By excluding partners from the market, these partners will no longer contribute to that market. Firms could no longer research vulnerabilities and issue patches. They will no longer be in a healthy competition with the others to drive innovation and push forward the defenses against growing cyberattacks.

It is also counterproductive because it creates a very wrong understanding of what is safe and what is not. Constantly propagandizing that everything coming from China is bad and selling the illusion of "secure American companies" is akin to rearranging the deck furniture on the Titanic while it's sinking.

The SolarWinds Orion hack, breaching the security of several U.S. government departments and high-profile cybersecurity firm FireEye, might as well be a reminder of this reality. While the self-proclaimed "experts" are rushing to point fingers at who is behind the breach even long before the ongoing forensic investigation is concluded, the debate we should be having is about the prevention of cyberattacks. 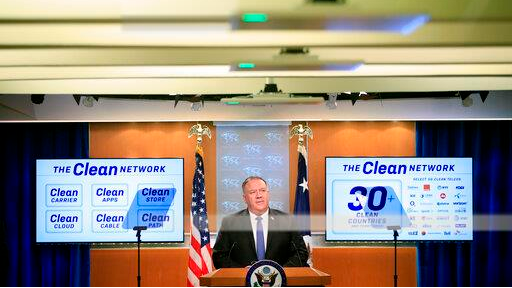 U.S. Secretary of State Mike Pompeo speaks during a news conference on "the Clean Network" at the State Department in Washington, August 5, 2020. /AP

U.S. Secretary of State Mike Pompeo speaks during a news conference on "the Clean Network" at the State Department in Washington, August 5, 2020. /AP

On a scale of one to 10, the SolarWinds Orion hack scores at least a 15. But let us make sure that this earthquake-like incident does not make us believe that it is the only thing that happened. Cognizant Technology Solutions Corporation, another globally operating information technology service provider, was hit by a ransomware attack. Healthcare-providing organizations are under an avalanche of cyberattacks, reaching the sickening level of a lost life in Germany after a hospital was the target of such an attack.

U.S. Universal Health Services sustained a ransomware attack that caused affected hospitals to divert ambulances and reschedule surgeries. German utility providers were under persistent cyberattacks during the first lockdown. Each and every company and organization around the world working on a vaccine for COVID-19 has been and is under constant attacks. Millions of people have lost their entire collection of family pictures because they became the victim of ransomware or other cybercriminal activities. The list is endless, and there is no end in sight.

None of the politically motivated rhetoric has contributed to solving the cyber onslaught around the world. Artificially created divides are breaking up longstanding collaborations, also in the field of cybersecurity. And the "clean network" is just as much a hoax.

In the middle of the rhetoric, China has launched an initiative to develop international standards and a framework for collaboration on cybersecurity. Now that the fairy tale of a "clean network" is sinking, we might want to consider collaborating on addressing this global problem.