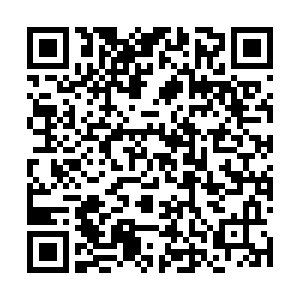 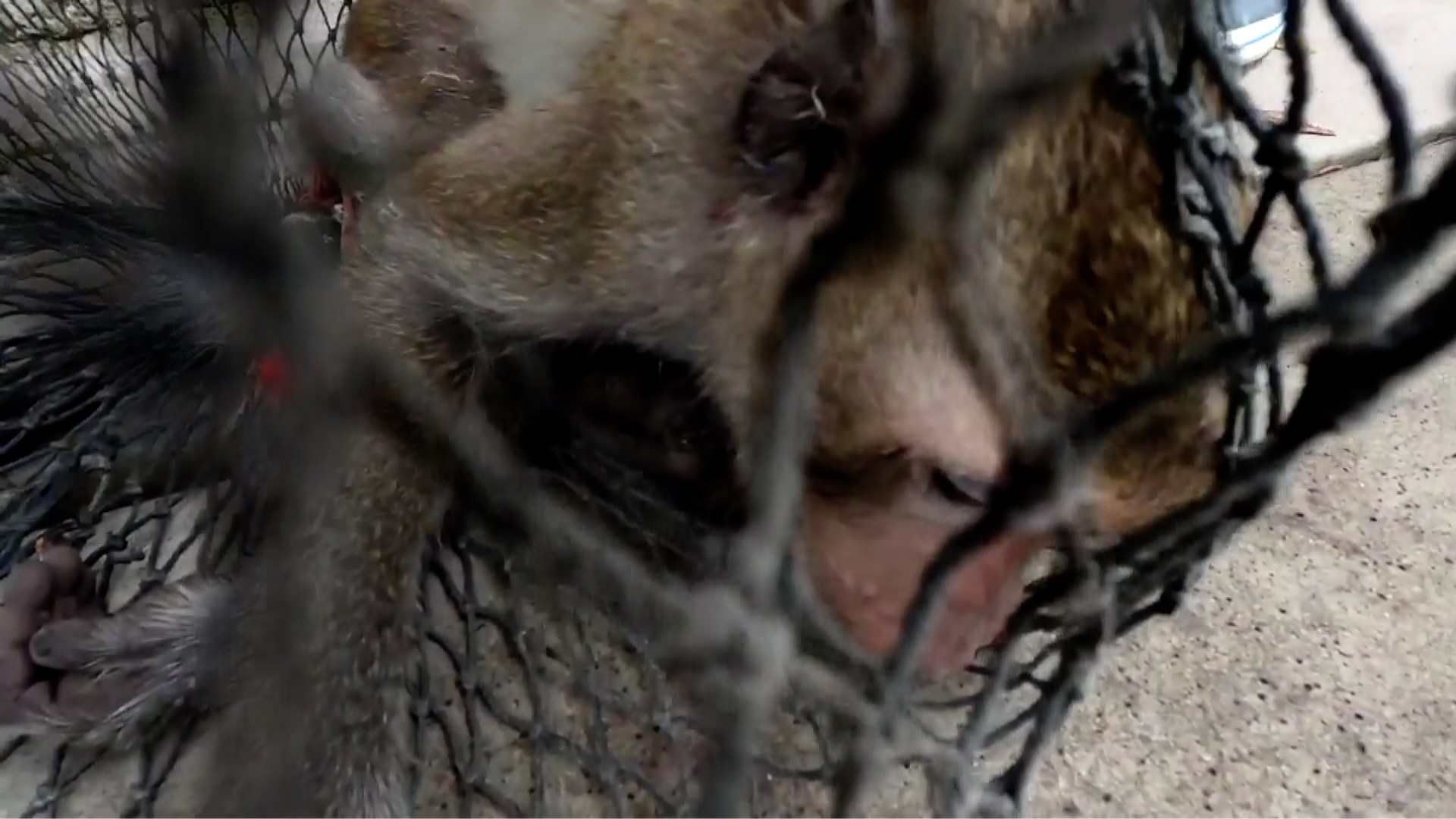 A wild monkey went on rampage inside a restaurant to steal food before playing dead when it was caught.

Staff and customers were shocked when the primate climbed in through the windows of the building in Trat province, Thailand on Tuesday.

The furry long-tailed macaque was swinging from the high ceiling like an acrobat as it tried to steal food from the tables.

One of the waitresses immediately called the animal rescuers for help before grabbing a pole to force the monkey out of the establishment.

When the animal rescuers arrived, they used a long rod with a huge net to help catch the monkey.

However, the defiant mammal jumped around the restaurant giving the staff a hard time chasing it while customers watched through the glass walls outside.

While hanging on the ceiling, It was finally cornered by the staff after almost half an hour as three rescuers waited on the ground with their net in case the monkey falls. The staff pushed the monkey with a pole until it finally lost grip and fell inside the net.

When the rescuers checked on the monkey, they were amused as it suddenly played dead.

One of the rescuers said: "It was such a clever monkey. It gave us a hard time catching it, only to make us laugh when it pretended to be hurt inside the net."

The restaurant staff thanked the rescuers who took the monkey with them to release back into the wild.