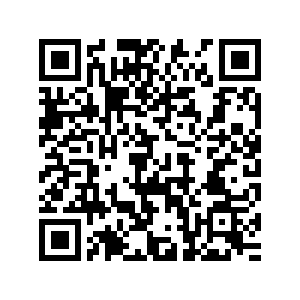 In the world of social media, hardly a day would pass by without a skirmish breaking out about something somewhere.

An unknowing transmitter of COVID-19 accidentally set the Chinese social media off last week. She became the bull's eye of online trolling after stopping by several nightclubs before being diagnosed. After local police cleared her name of any wrongdoing, hate speech changed direction, blaming the "foolhardy people like her" for the lingering epidemic. A war of words ensued between the critics and lovers of modern lifestyle.

Social media seems to possess the power of having us constantly on the edge of our seats, with stories pandering into our whims. First, we have ourselves to blame. Human brain functions in favor of coherent narrative, where there is only fragmented information, and ideas that sympathize with our own. A prejudice firmly formed in the head is the shortest track on which our train of thought charges to fruition.

The pressure from a long day at work or months of being in a lockdown could trigger the mental shortcut. The anonymity with social media commentary is also complicit in our shooting from the hip. Moreover, while the consequences of the ill-judged verdicts stay on, we turn away, vanishing among a group of like-minded people and forget.

There are people who know how to make the best use of our weakness. If a network's business lifeline is data traffic, it would ache the platform to rein in content conducive to swelling stream. The persistence of fake news is an example. Dressed in provocative title and picture, the false stories appeal more strongly to our emotions, which act faster than reasoning in our neuro system, to push up click-through rate.

A click or pause at your post means one step ahead of your competitors in the cut-throat competition for viewer's time and attention. Whatever the prize of that may be. The social media players like Donald Trump, the outgoing U.S. president, know this. Divisive content can work to achieve hits. Audiences are drawn to factually problematic posts by any strong emotions, disgust, anger or excitement, to the detriment of other contents and their makers.

The risk of social media bullying and trolling could increase in the loop – we read things that reinforce our own belief and belittle others, turning short-tempered, reading more and becoming more impatient with people we disagree with.

Regulating could be a delicate dance. Social media, by and large, has emerged as the most far-reaching and inclusive public sphere. Neither governments nor the users want to choke it with heavy hands. Compared to leaving the networks to their own device, holding them responsible for the content appearing on their platforms seems a more plausible option.

What can we do to survive and spare others the emotional trap? A simple but profound lesson is from the Christmas Truce in 1914.

An estimate of 100,000 soldiers along the Western Frontline of World War I came to hold their fires in almost miraculous spontaneity at the first Christmas of the four-year long Armageddon.

Surviving letters, diaries and oral accounts from witnesses help piecing together a vast picture rich in details but short of causality. For the benefit of this column, an important detail that comes out is how it began: guns falling quiet as the Christmas eve came down the battlefields.

It was an "eerie sound of silence" after months of "hissing, cracking and whining of bullets in flight, machine-gun fire," recalled Alfred Anderson, a Scottish World War I veteran in 2004.

Haltingly throughout the night into the next morning, carols emerging across the trenches in German as well as English broke the silence, instead of the roar of canons – a detail shared by many reports of the truce.

Every history textbook record what followed. Emboldened soldiers clambered from gorges to exchange festival greetings with enemies, sharing cigarettes, food and alcohol. Burial of bodies scattering on the no-man's land for weeks. Even games of football between opposing soldiers.

Later on, research found several historical and psychological factors at work behind the truce. Not all of them may attest to humanity's absolute command over depravity, but together they could drive towards the same sentiment: the war machine should be switched off, and people should go home.

If the neuroscience findings of the past half century are not kidding us, all we need to do to snuff the fuse leading to a potential social media shouting campaign around something that's probably factually problematic is to pause and think quietly. Holding our keyboards like the soldiers putting down their rifles in the WWI trenches on 1914 Christmas Day. In the course of a minute, let us ignore the exclamation marks in the headlines and let the reasoning kick in, chewing the lines to the bone to see if they are worth the salt.

It was the first Christmas during the "war that ends all wars" (what an irony in retrospect). Three more were to come in bloodshed and the fourth with trauma. At least 22 million lives were lost by the end. The 1914 Christmas Truce tells us two things: it could happen as well as what would happen when it failed to hold.

Social media has become a battlefield, some people say. But, with a little pause before typing, hopefully we can make it look a lot less like one.

For those who are celebrating, CGTN Social Media Desk wishes you a merry Christmas.