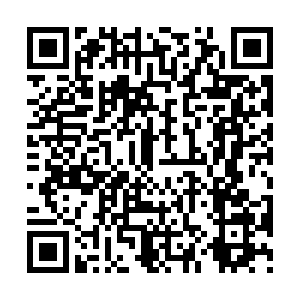 Ezra Feivel Vogel, a prominent expert on Asian studies and a social sciences professor at Harvard University, died aged 90 at a hospital in the U.S. state of Massachusetts on Sunday, the Fairbank Center for Chinese Studies at the university confirmed.

"It is with great sadness that we announce the passing of our former director Ezra F. Vogel (1930-2020)," the center tweeted. "He was a true champion of our center, an erudite scholar, and a wonderful friend. He will be truly missed."

Chinese Ambassador to the U.S. Cui Tiankai also expressed condolences on Twitter, saying: "So sad to learn the passing of Professor Ezra Vogel," and stated that throughout his lifetime, Vogel was dedicated to greater mutual understanding between Chinese and American people. 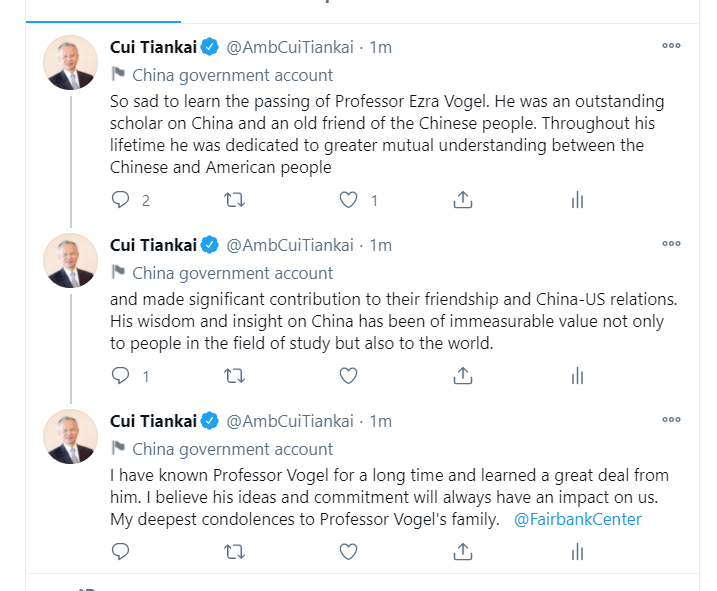 "I have known Professor Vogel for a long time and learned a great deal from him," Cui wrote, adding that he believes his ideas and commitment will continue to have an impact.

Vogel is one of the most prominent China experts in the U.S. and studied China's elite politics and society since the Mao Zedong era. He once lived in south China's Guangdong Province for a year, and has visited China every year since the late 1980s.

He spent 10 years studying China's former leader Deng Xiaoping and wrote a book titled "Deng Xiaoping and the Transformation of China." Published in 2011, the over 900-page tome has provided a window for Westerners to gain a better understanding of modern China.