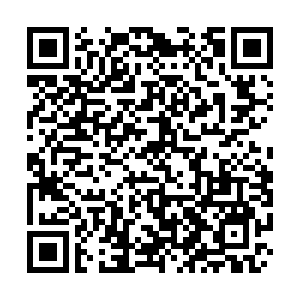 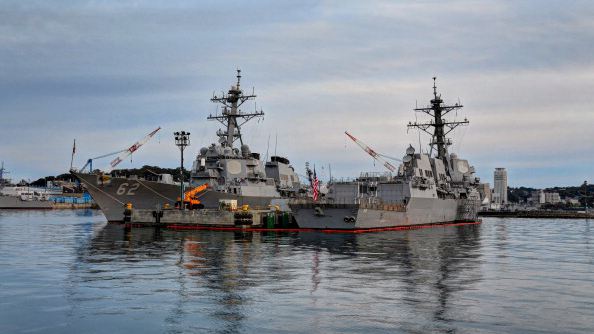 On Saturday, China's military followed an American warship as it passed through the sensitive Taiwan Straits, with Beijing denouncing such reckless adventurism as sending "flirtatious glances" to those championing the cause of "Taiwan independence." This latest transit was not by any American cruise ship but by the USS Mustin which is a guided missile destroyer, capable of launching anti-aircraft guided missiles. The transit also highlights how previous adventurism by the Trump administration in the South China Sea, which resulted in flare-ups and provocations, has not deterred Washington, D.C. from pursuing a similar route once again.

It is both a blow to prospects for peace and stability in the region as well as de-escalation efforts between China and the United States and serves as confirmation that the Trump administration wishes to deal a telling blow to Beijing by propping up Taiwan without any justification.

Reports of Taiwan deploying its air force and navy a day after the USS Mustin ventured through the Taiwan Straits surfaced straight after. This dramatic escalation is a product of incursions which threaten deterrence stability and in the words of the Chinese military's Eastern Theater Command, such missions by the United States "deliberately raise the temperature of the Taiwan issue and seriously jeopardize peace and stability in the Strait." While the United States is touting this transit as an attempt to secure the freedom of navigation and trade in the South China Sea, its ability to assist Taiwan calls for "independence" through American interference needs to be factored in.

It is evident that with the downward trajectory in China-U.S. relations due to the Trump administration's provocations on subjects such as Xinjiang, Hong Kong and Taiwan, the USS Mustin entering the Taiwan Straits is less about freedom of navigation and more to do with stirring tensions and satisfying American strategic objectives. Implementing the policy of encirclement and isolation of China in the current scenario requires invoking "Taiwan independence."

This strategy of citing a free and open Indo-Pacific as a justification for military engagement in proximity to Taiwan and Hong Kong has been an integral part of the Trump doctrine. It was only in July this year that the dual U.S. aircraft carrier operations, USS Ronald Reagan and USS Nimitz, entered the South China Sea with U.S. Air Force B-1 bombers undertaking missions to send a message to a wider target audience.

The rationale back then was to support a "free and open Indo-Pacific," despite the fact that counter-ship capabilities designed to hit adversary ships with utter precision were in proximity to China and could provoke Beijing. These build-ups hint at Washington's ulterior motives, which are grounded in pressurizing China and contradict Trump's perceived "non-interventionist" foreign policy.

In fact, aggressive deployments demonstrate more expansionist and aggressive posturing by the United States, akin to the USS Mustin sailing through the Xisha Islands in May 2020. The USS Mustin is seen in action once again. 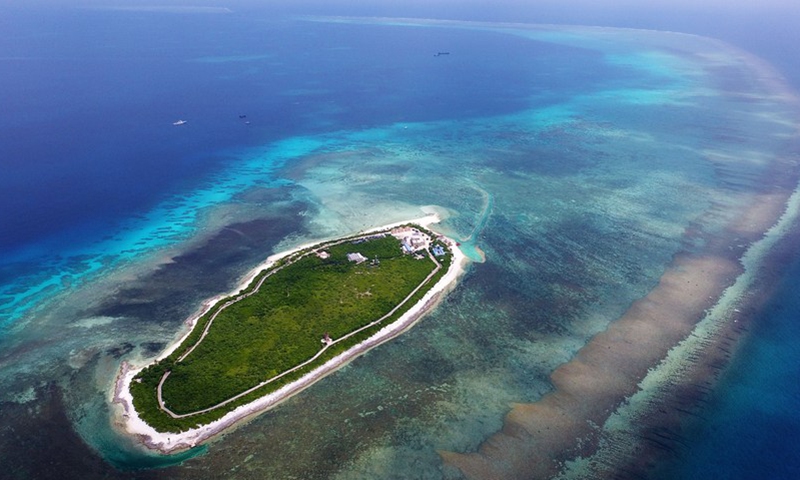 This transit also comes at a time when Taiwan's current leader Tsai Ing-wen has been toeing the red line with Beijing, which is less of Washington's concern and more a Chinese domestic issue. Tsai Ing-Wen has prioritized bolstering operational preparedness of Taiwan's military while dealing with the Chinese mainland, which can only be diffused through dialogue and internal reconciliation between all aggrieved parties.

Third-party involvement, particularly from the United States, only serves to widen trust deficits and breed skepticism, preventing aggrieved parties from coming up with holistic, tangible solutions toward peace. It is hence noteworthy, that the Shandong, the first-generation Chinese aircraft carrier, only sailed through the Taiwan Straits in response to the USS Mustin taking the lead, prompting six warships and eight air force aircraft to monitor Chinese ship movements from the Taiwan side.

The propensity toward miscalculation can increase significantly, which could have all been avoided had the Trump administration not deployed U.S. guided missile destroyers. History is repeating itself, given that mustering up pressure on Beijing to recognize "Taiwan independence" and crossing redlines with state visits to Taipei have severed a relationship that desperately needs a reset in the COVID-19 environment.

While the U.S. Navy has claimed that the guided missile destroyer conducted a routine Strait transit in accordance with international law, arms sales to Taiwan for the purpose of rebelling against the central government in Beijing is also a blatant violation of state sovereignty.

Should China choose to react in self-defense, the possibility exists of Beijing being quickly labeled as an aggressor who has jeopardized freedom of navigation and trade in the Indo-Pacific region by the Trump administration. Such sweeping generalizations will prove controversial given that the Regional Comprehensive Economic Partnership signed on November 15 by 15 countries, which constitute 30 percent of the world's population, is a testament to China's commitment toward trade, exchanges and development with all states in the region.

The agreement is also the first trade agreement between China, Japan and South Korea with many analysts predicting that it will pull the economic center of gravity back toward Asia with a decline in the influence of the United States in Asia being imminent. Trade, connectivity and integration are actually being promoted in the Indo-Pacific region through China, contrary to the American narrative.

However, the Trump administration continues to be adamant that military deployments are the key to securing the freedom of the region, without due cognizance of the perils of its previous adventures in the South China Sea. The first casualty will be the security of the very same Indo-Pacific region that it seeks to protect.