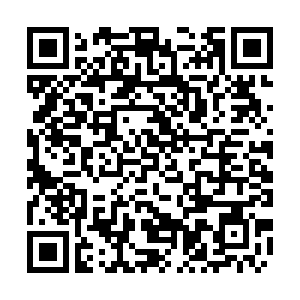 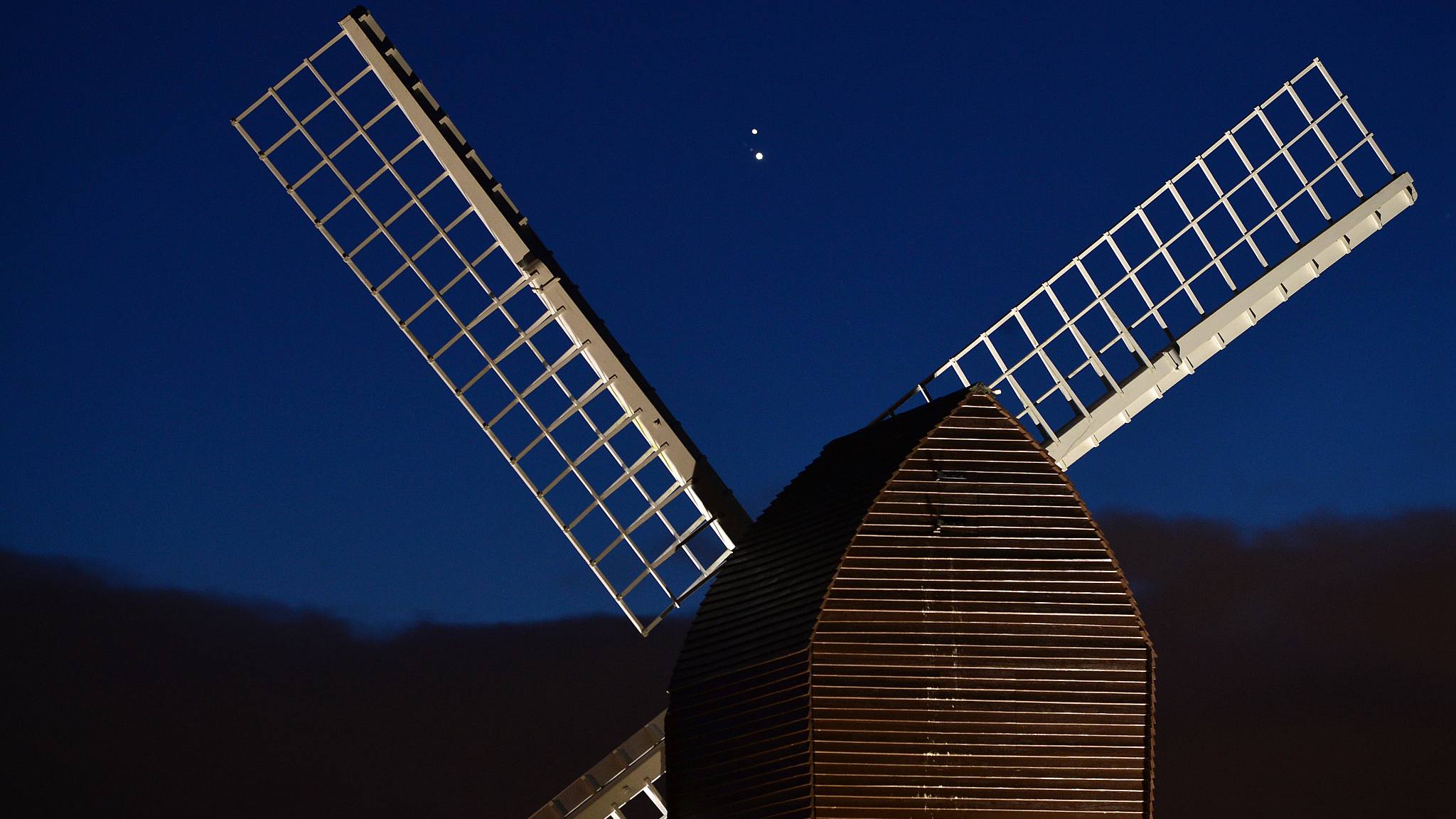 Jupiter and Saturn (top) come together in the night sky, over the sails of Brill windmill, for what is known as the Great Conjunction, December 20, 2020, Brill, England. /CFP

Jupiter and Saturn (top) come together in the night sky, over the sails of Brill windmill, for what is known as the Great Conjunction, December 20, 2020, Brill, England. /CFP

Stargazers will be able to watch a rare celestial event on Monday, as Jupiter and Saturn appear to merge in the night sky, their closest encounter in the past 400 years.

The term conjunction refers to two or more celestial bodies' meeting or passing each other as seen from Earth. It happens when the planets align with Earth in their own orbits.

So it's just a visual effect from the observer's perspective. In fact, the planets can be very far apart as they follow their respective orbits.

Jupiter has an orbital period of about 11.9 years, while that of Saturn is about 29.5 years. Their conjunction occurs every 19.6 years on average. The actual distance between them is at least 740 million kilometers and can be as far as more than 810 million kilometers apart. 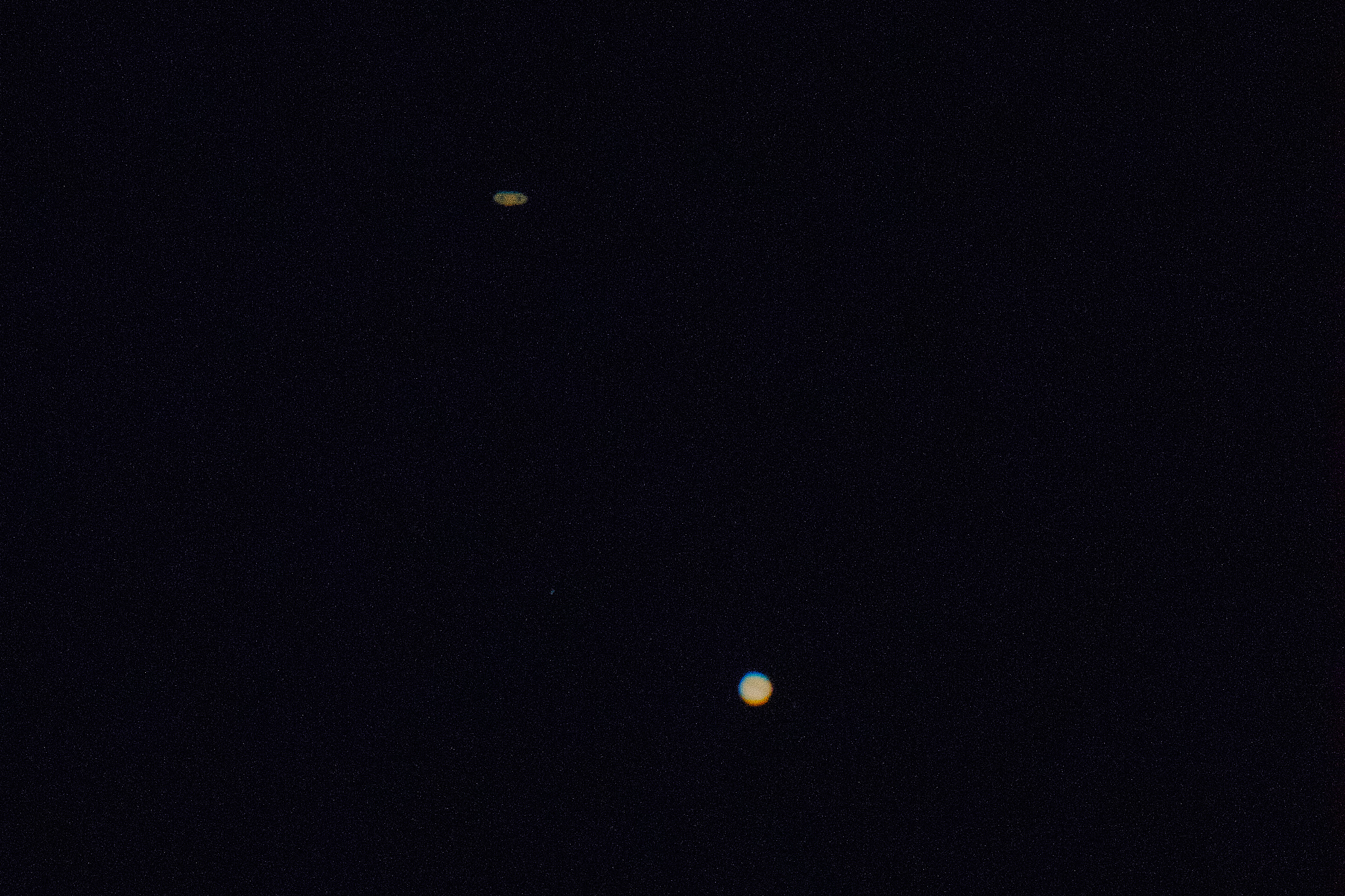 This year's phenomenon has been dubbed the "great conjunction" because the two appear to be especially close. Jupiter and Saturn will be just one-tenth of a degree apart from our perspective or about one-fifth the width of a full moon. They should be easily visible around the world at some time after sunset, weather permitting.

Saturn and Jupiter have been drawing closer in the south-southwest sky for weeks. Jupiter – bigger and closer to Earth – is vastly brighter.

To see it, be ready shortly after sunset Monday, looking to the southwest fairly low on the horizon. Saturn will be the smaller, fainter blob at Jupiter's upper right. Binoculars will be needed to separate the two planets.

The pair won't appear at such a close distance again until 2080.

For stargazers in China, it will be visible for over an hour after the sky gets dark. The view won't be much different from when Jupiter and Saturn appear closest at around 2:30 p.m. Beijing time on Tuesday.