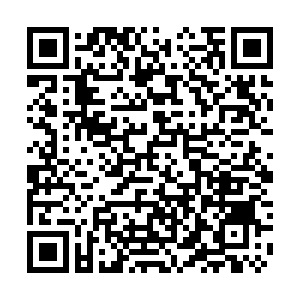 A package delivered from Huanggang, central China's Hubei Province to Changsha in Hunan on Monday, crossed the 80 billion mark of the total number of packages delivered in the country, and also broke the record of 63.5 billion last year, according to the State Post Bureau.

Receiving delivered packages or "kuaidi" in Chinese, is what many eagerly anticipate after the annual "Double Eleven" shopping frenzy, but few know the economic impact of the humble package.

After a short plunge in January due to the COVID-19 outbreak, the express delivery industry bounced back in February. In the second quarter of the year, the industry saw a growth of 30 percent. 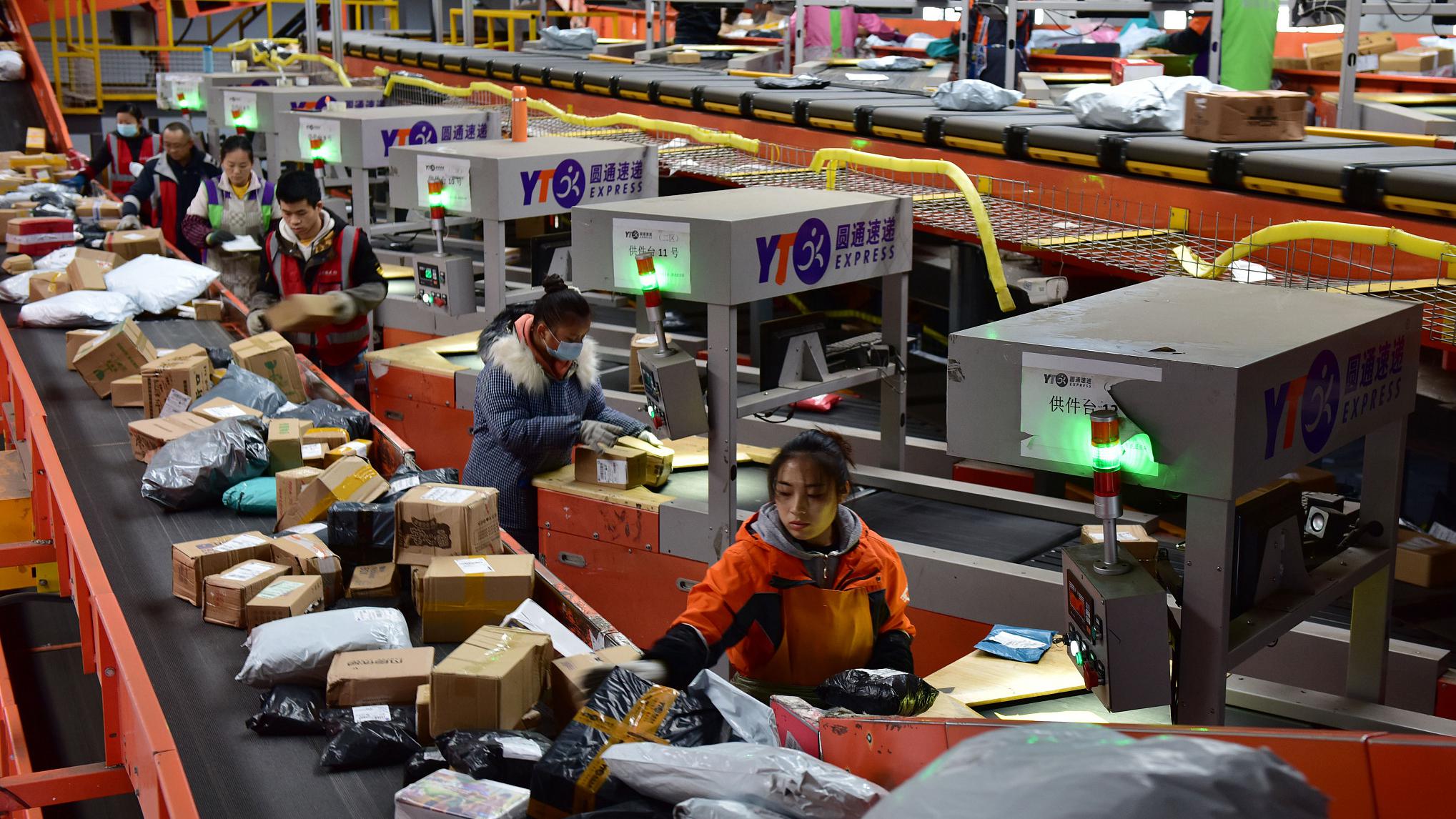 During the lockdown in the first quarter, the delivery network served as the artery of the country by transporting pandemic containment supplies, as well as materials to those in need. At least 13 delivery companies joined in the two green tunnels opened for supply delivery to Wuhan City, the former hotspot.

Data show that at least 87,500 vehicles and 779 cargo flights delivered 44.4 tonnes of epidemic prevention supplies when China was making all-out efforts to put out the outbreak in Wuhan.

On September 10, the volume of package delivered across the country reached 50 billion, and in the following three months, the average monthly growth reached a record of 10 billion – a reflection of the gradual economic recovery of the country. 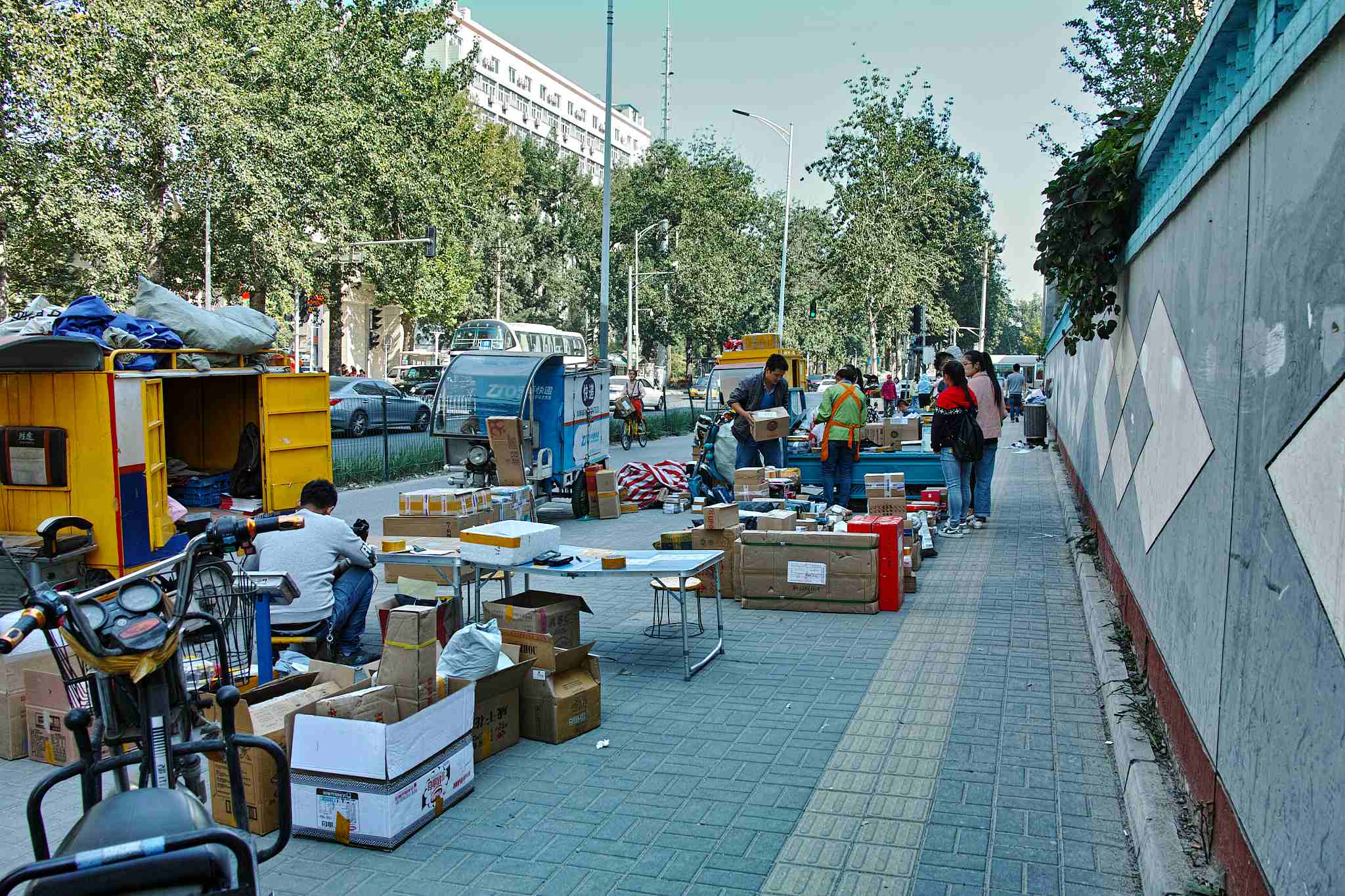 Deliverymen are waiting for residents to claim their packages in Beijing, September 29, 2017. /CFP

Deliverymen are waiting for residents to claim their packages in Beijing, September 29, 2017. /CFP

According to the State Post Bureau, the delivery service industry has already shaken off the impact of the pandemic, and has been growing by 300 million pieces every day on average. Its services cover at least 400 million people daily. And a total of 4 million deliverymen have been running across villages, towns and cities within the country.

The growth of the delivery network is mainly due to the e-commerce boom in China, especially in third- and fourth-tier cities, and the vast rural markets, said the State Post Bureau.

China now has a network covering both urban and rural areas, and during the past five years, the total volume of business and packages delivered in the country have both doubled, outpacing the rest of the world. 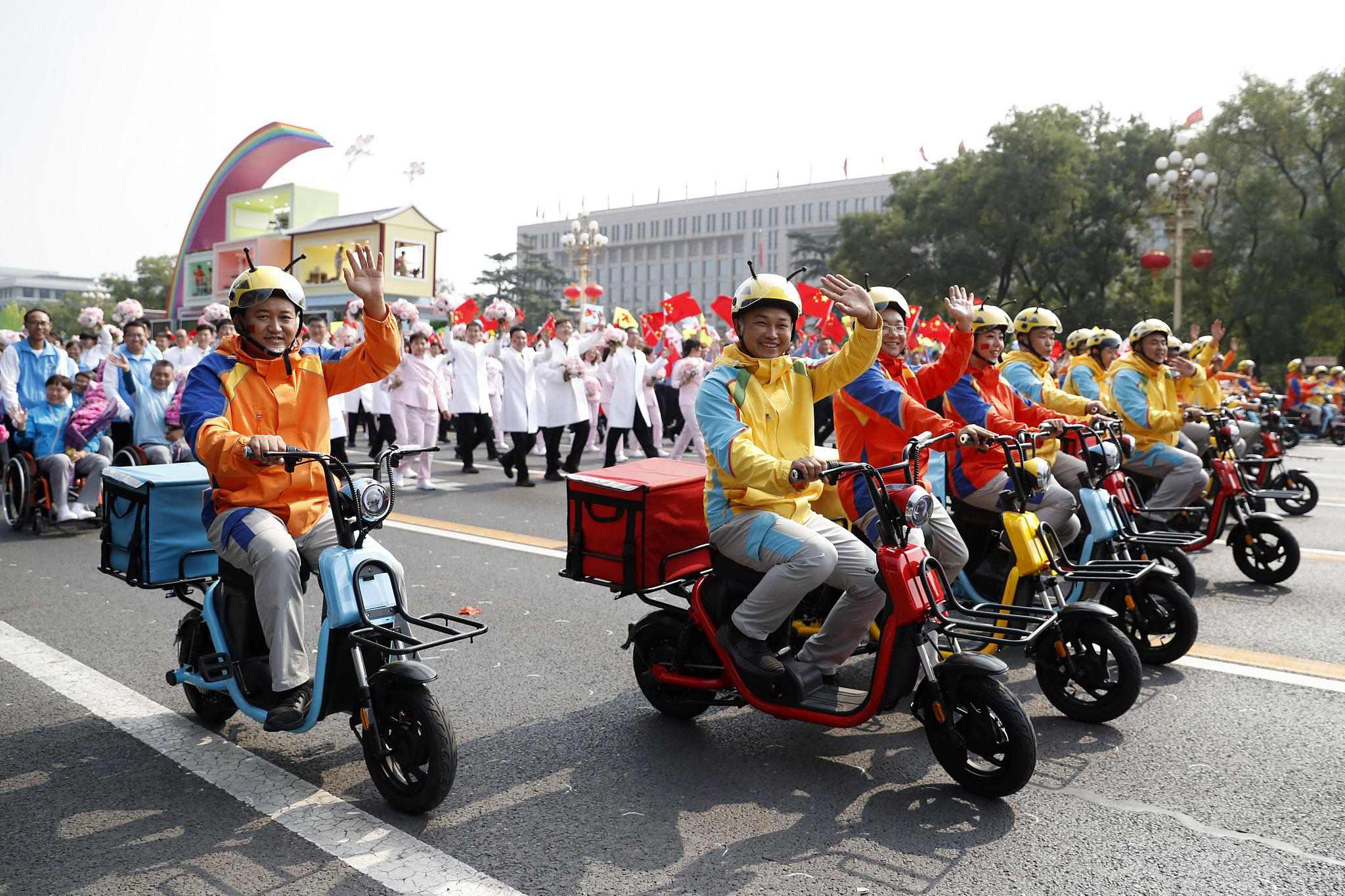 A group of deliverymen join in the parade during the National Day holiday in Beijing, October 1, 2019. /CFP

A group of deliverymen join in the parade during the National Day holiday in Beijing, October 1, 2019. /CFP

The Chinese package volume in the delivery industry has exceeded the total sum of the U.S., Japan and Europe, contributing more than 50 percent of the world's total. Meanwhile, the industry creates at least 200,000 new jobs every year. And its high efficiency has in turn boosted e-commerce, with its annual retail turnover exceeding 10 trillion yuan ($1.53 trillion).

As the delivery industry expands to link up the agriculture and manufacturing industries better, it has now created a two-way circulation channel for those industries.

In the first 11 months of the year, the total value of products entering rural markets directly from the manufacturing industry, and the flow of agricultural products into towns exceeded 1.7 trillion yuan ($260 billion), according to the State Post Bureau.