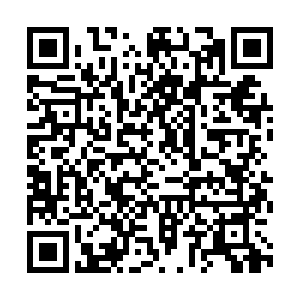 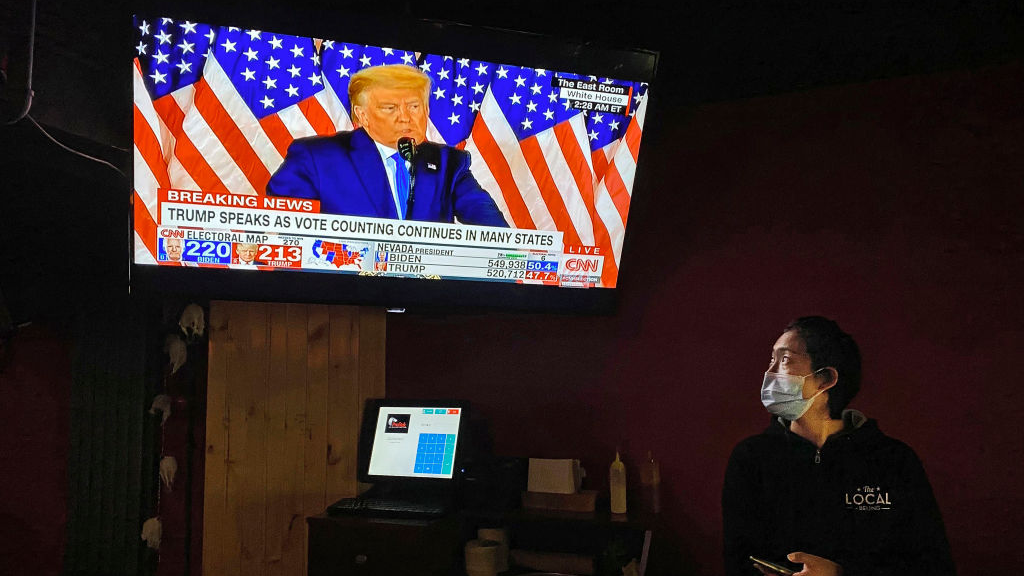 A waitress wears a protective mask as she watches a speech by U.S. President Donald Trump on a television during an election watching event at a local bar in Beijing, China, November 4, 2020. /Getty Images

A waitress wears a protective mask as she watches a speech by U.S. President Donald Trump on a television during an election watching event at a local bar in Beijing, China, November 4, 2020. /Getty Images

U.S. President Donald Trump recently pinned an alleged worldwide Russian-led hacking on China, making it part of a greater conspiracy centered around him and his 2020 election bid.

His remarks downplayed the severity of what analysts describe as one of the greatest cyber infiltrations ever, contradicting the words of his own top officials and then managing to pin all of it on his favorite punching bag - China.

Trump tweeted, "The Cyber Hack is far greater in the Fake News Media than in actuality. I have been fully briefed and everything is well under control. Russia, Russia, Russia is the priority chant when anything happens because Lamestream is, for mostly financial reasons, petrified of....discussing the possibility that it may be China (it may!). There could also have been a hit on our ridiculous voting machines during the election, which is now obvious that I won big, making it an even more corrupted embarrassment for the USA."

The president is right that Russia has been the perennial target of anything negative that happens in the country for quite some time. Throughout his entire presidency, the media and the Democratic Party have in many ways claimed that he himself is some kind of Russian asset or a "puppet" for Russian President, Vladimir Putin.

In all actuality, their concerns that some adversaries would prefer Trump as president is because he is far less sophisticated as a leader – it has nothing to actually do with a credible Russian conspiracy.

Trump then insinuates that China may have been behind the infiltration, no evidence in hand, and accuses the media of basically being financially strung along by China. Such a suggestion is actually beyond the pale of ignorance – Western media in the left, right and center pull no punches and have no discernible standards when spreading lies about officially designated American adversaries, which include China. To say that the American media is afraid of tarnishing China's image is just stupid.

Finally, the cherry on top, is his unfounded insinuation that this infiltration, headed by China, had something to do with the 2020 presidential election that he unequivocally lost. Trump still, even after the Electoral College voted for President-elect Joe Biden, cannot accept these results and so he invokes the same argument used against him in 2016 – that an outside force manipulated the results of the election.

Whether these suggestions in 2016 or 2020 are even true, they reflect something more important about the American political system, namely that it is in serious decline.

The chances that either election had serious foreign interference are so slim it hardly warrants discussion, but supposing it were true that the most powerful hegemon in the world was able to have its elections influenced, this would be an obvious sign that the U.S. is weakening and losing its unmatched counterintelligence prowess.

And, in a more likely case, it simply shows that the country is so polarized that many simply cannot understand their countrymen that happen to disagree with them. Republicans seeing every Democrat as a Chinese agent and Democrats seeing every Republican as a Russian agent creates a situation where civilized dialogue on domestic affairs is impossible; it creates a situation where democracy may not be possible.

It is not these cyber infiltrations – ones that have so far not been proven without a doubt to be a particular actor – that is a threat to American democracy, it's the idea of painting political opponents as foreign agents.

This will have long-standing deleterious effects on the basic relations of civil society for years to come if it isn't addressed. It means that whether or not election interference happened in either election, American is still becoming more unstable either way. And of course, the intelligence reports themselves have an obvious geopolitical destabilization thrust.

Just as Trump is exiting and Biden, who has vowed to be tougher on Russia, enters office, this report now gives the Biden administration the impetus to implement that tough strategy to contain what they see as an aggressive Russia. Maybe Trump's tweet was also a bid to make Biden not leave China out of this containment push, which his actions in recent months have made quite clear.

The Trump administration is continuing its wrecking ball against the international order to make it even more difficult for Joe Biden to salvage it. This will create long-term problems that Biden may not be able to fully repair, China-U.S. relations being just one.

This accusation is more or less an attempt to sway public opinion, his base most importantly, even more against China as Biden steps into office to ensure that the U.S. government faces more hurdles. At the same time, such statements, even if they are clearly not true, merely destabilize the American political system even more internally.