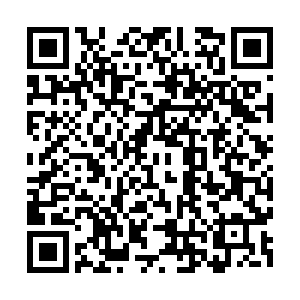 China said on Tuesday that it would continue to take necessary countermeasures to defend its legitimate rights and interests in response to additional visa restrictions by the U.S., according to the Chinese Foreign Ministry.

The U.S. imposed additional visa restrictions on some Chinese officials on Monday over alleged human rights issues, according to a statement by the U.S. State Department.

"Family members of such persons may also be subject to these additional restrictions," read the statement.

At a regular press briefing, spokesperson Wang Wenbin urged the U.S. to retract the visa restrictions, and said that China will come up with countermeasures depending on how the U.S. acts.

The U.S. move came less than one month after it announced new visa rules that limit the duration of travel visas for members of the Communist Party of China (CPC) and their immediate families.

Wang said that the U.S. has "weaponized" visas on the excuse of a series of issues that have included China's Hong Kong and Xinjiang affairs, constantly imposing visa restrictions on Chinese personnel.

Also on Monday, the U.S. Commerce Department published a new "military end user" list in the Export Administration Regulations (EAR), which list will include 58 Chinese and 45 Russian companies.

"The U.S. Government has determined that these companies are 'military end users' for purposes of the 'military end user' control in the EAR that applies to specified items for exports, reexports, or transfers (in-country) to the China, Russia, and Venezuela when such items are destined for a prohibited 'military end user,'" according to a statement released by the Commerce Department.

Responding to the U.S. visa rules, Hua said that several U.S. politicians and their anti-China rhetoric were "ridiculous" and "pathetic."

The behavior of the U.S. side was clearly going against the trend of history, did not meet the aspirations of the two peoples for friendly exchanges, and will deeply damage the interests of the U.S. itself, said Hua.