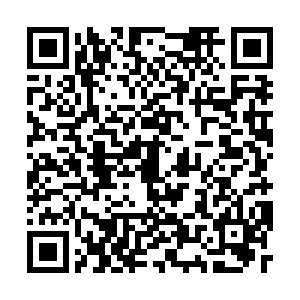 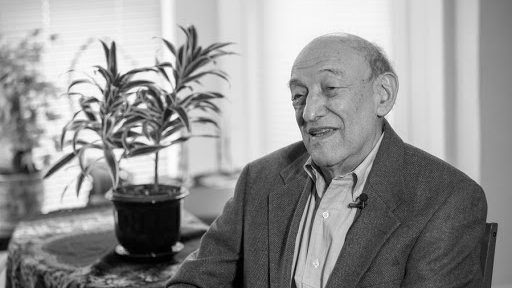 Ezra Vogel, one of the foremost U.S. scholars on China who committed a lifetime to building a bridge of peace and understanding between the two nations, died in Mount Auburn Hospital in Cambridge, Massachusetts, on December 20. He was 90.

His son, Steven Vogel, said the cause of death was complications after surgery.

After World War II, Ezra Vogel was among the first American scholars to take up the study of modern China and Japan. His thirst for understanding the two countries lasted six decades and turned into dozens of articles, papers and books that brought East Asia closer to American audiences.

One of the few American scholars who spoke fluent Mandarin and Japanese, Vogel was known for bringing a humanistic touch to his academic work.

"He always wanted to understand people and countries on their own terms," Steven Vogel told CGTN in an email. "He had an irrepressible ability to see the good in every person and every nation, while recognizing nonetheless that many of us fall short of our ideals."

Son of Jewish immigrants, Vogel grew up in the small town of Delaware, Ohio where his father ran a men's clothing shop fittingly titled as "People's Store." The boy of boundless good cheer eventually managed to turn what began as boyish enthusiasm about the world into a ticket into the halls of Harvard University where he focused on studies related to Japan, China, and wider East Asia. 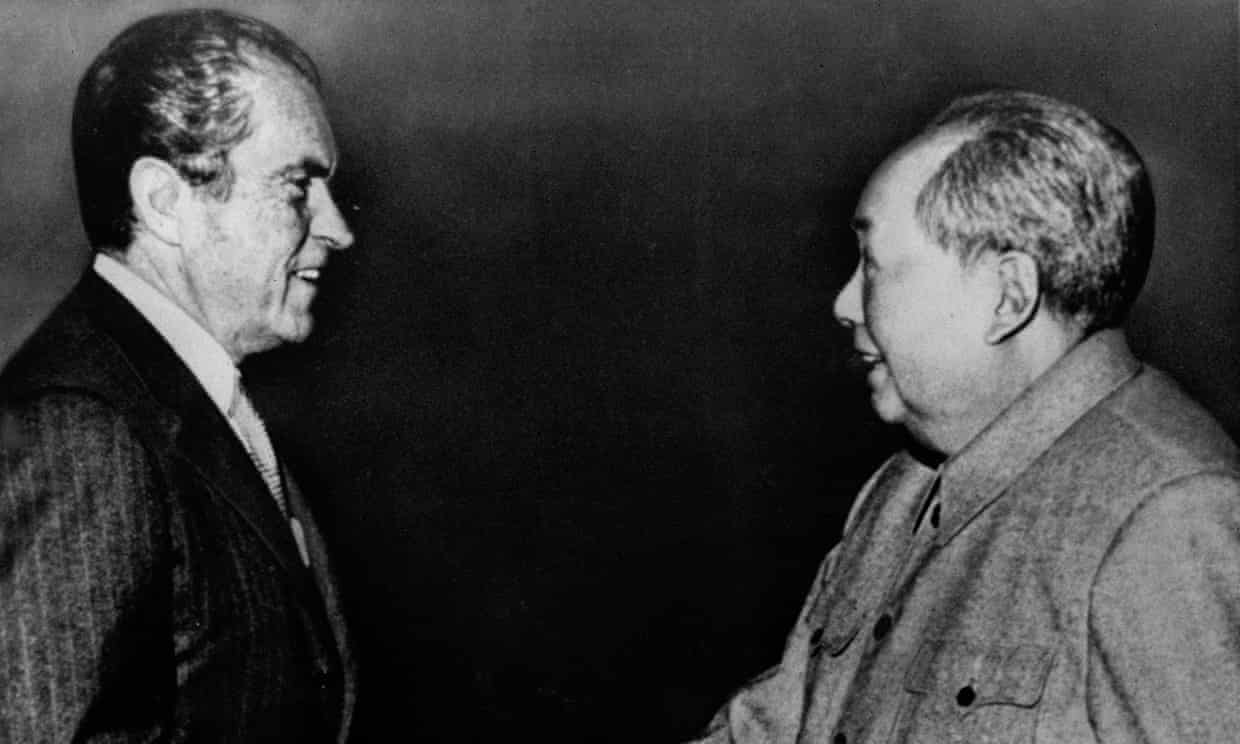 At Harvard, Vogel was known as Mr China, with at least seven sprawling works that give nuanced examinations of this constantly evolving country, ranging from the definitive biography of reformist Chinese leader Deng Xiaoping to the thorough depiction of the country's southern province of Guangdong.

His relationship with China began in the 1960s. The holder of a PhD in sociology, Vogel completed his postdoctoral fellowship on Chinese language and history at Harvard in 1964.

In November 1968, Vogel, his mentor John K. Fairbank – founder of the modern China program at Harvard – and other scholars of East Asian studies at the university, signed a memorandum addressed to then president-elect Richard Nixon suggesting that Washington "balance" its relations with Beijing. That document played a vital role in facilitating Nixon's historic visit to China in the spring of 1972.

Vogel made his first China trip with the U.S. National Academy of Sciences in 1973 and since then a journey to China became his annual routine. In 1987, almost a decade into China's reform and opening up, he spent seven months traveling across the three special economic zones of Shenzhen, Zhuhai and Shantou, 14 cities and over 70 counties in the southern province of Guangdong Province. His exhaustive observation led to his second book on Guangdong – One Step Ahead in China: Guangdong under Reform, two decades after he finished Canton under Communism.

With increasing China-U.S. rapprochement in the 1990s, Vogel continued to work to rev up bilateral ties. In 1997, he helped to arrange then Chinese president Jiang Zemin's address to Harvard faculties during a state visit to the U.S. "He still remembered vividly how he helped facilitate that visit. He was quite proud of it," recalled Wang Junsheng, an East Asian studies expert. He met Vogel in 2012 during a tour to inspect a post-tsunami Japan and felt his searing passion for China and East Asian affairs.

"His talk transcended academia and public policy and he did not exhibit any arrogance or sense of his own notoriety, with the talk to a rather intimate audience," said James Rae, now a professor of American politics at California State University, recalling a time when Vogel gave his class a lecture at American University in the mid-1990s. 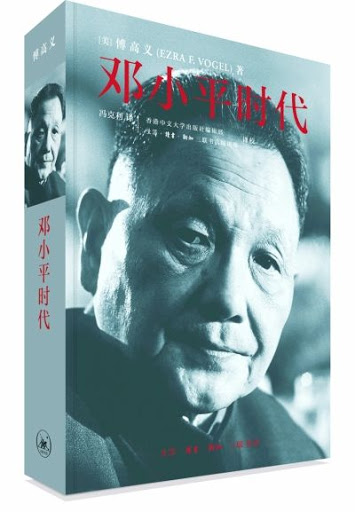 The Chinese version of Vogel's biography on Deng Xiaoping.

The Chinese version of Vogel's biography on Deng Xiaoping.

At the age of 70, Vogel commenced a 10-year research voyage on Deng Xiaoping whom he thought could help Americans better understand how China's system steered the country toward becoming an Asian powerhouse. Deng Xiaoping and the Transformation of China came out in 2011 following over 300 interviews. "No scholar is better qualified than Ezra Vogel to disentangle the contradictions embodied in the life and legacy of China's boldest strategist," reads a book description on Amazon.

The erudite academic remained active in attending seminars that sought to heal the much-blighted bilateral ties over the past few years. Amid unabated trade tensions, he urged both countries to give each other fair treatment and lift restrictions on foreign investment. "Rivals don't have to fight," he said. "It makes us better by being a rival, as we work harder and improve our skills."

Earlier this month at an Asia-Pacific security forum, he called on the U.S. to admit China's contributions to the world and to treat it fairly. "We should give more recognition to Chinese constructive efforts around the world," he said, citing China's effort in combating climate change and the COVID-19 pandemic and its assistance in Africa's infrastructure development. 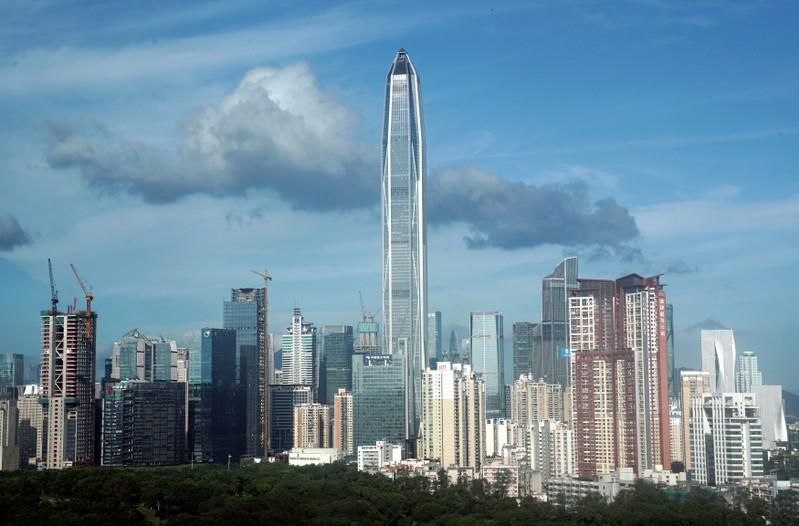 Vogel's passing was reported on by all the major news outlets in China and Japan, countries whose global perceptions he undoubtedly shaped. In a time of inflammatory rhetoric against China in the U.S., such prominent media coverage and mourning aren't just tributes to a respected scholar, but also signify a nostalgia for an era of diplomacy and compromise among nations.

The Trump administration has contributed to this decline in relations, shifting U.S. mainstream politics away from the constructive engagement with China advocated by Vogel and scholars of his ilk. Yet whether this trend will continue isn't certain with the incoming Biden administration.

Vogel wrote a report on how to improve China-U.S. relations in the last days of his life that he was supposed to deliver to the Biden administration, according to Zhao Minghao, a senior fellow of U.S. politics at Fudan University. During an interview with CGTN, Zhao, who once secured Vogel's autograph of Deng Xiaoping and the Transformation of China at a dinner they attended, felt the American scholar's death deeply. "Nowadays there are few China scholars in the U.S. that are as sympathetic as him," he lamented.

Whether the U.S. president-elect will heed the call to diplomacy with the rising economic power remains to be seen, but if he adopts nuance and balance in his dealings with China, we would have a world that is more consistent with the one that Vogel depicted.