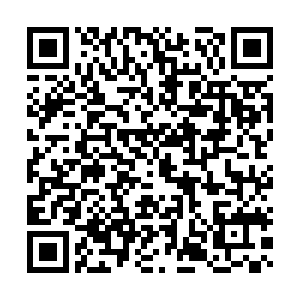 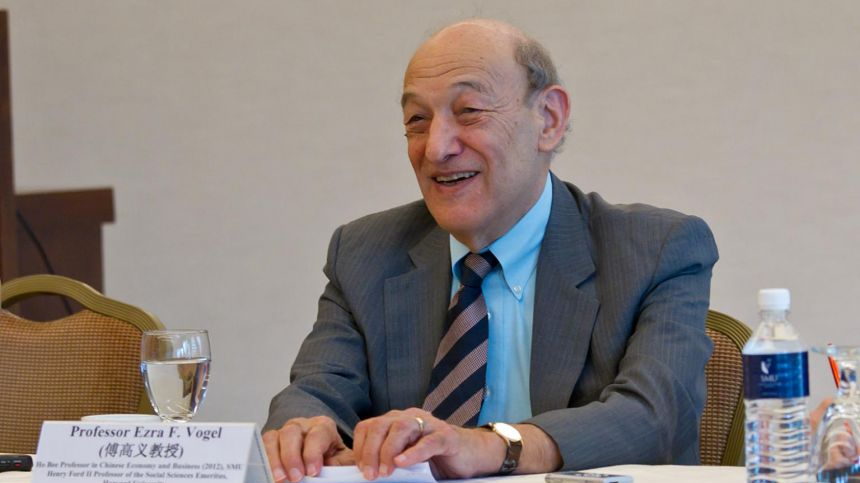 Editor's note: CGTN is publishing this obituary with permission from Ezra Vogel's son Steven Vogel, a professor of political science at the University of California, Berkeley.

Ezra F. Vogel, 90, one of the country's leading experts on East Asia through a career that spanned six decades, passed away in Cambridge, Massachusetts, on December 20 due to complications from surgery.

Vogel studied an extraordinary range of substantive topics in multiple countries from the perspectives of various academic disciplines, retooling himself as a scholar many times over in his academic career. He was originally trained as a sociologist studying the family in the United States. He devoted two years to language study and field research in Japan in 1958-60, emerging as a specialist on Japanese society. He then embarked on Chinese-language study in the 1960s, before it was possible to travel to the Chinese mainland, and became an accomplished scholar of Chinese society as well.

His scholarship spanned from family issues to social welfare, industrial policy, international relations, and history. He served as the National Intelligence Officer for East Asia with the National Intelligence Council from 1993 to 1995, and maintained a strong interest in U.S. foreign and security policy in Asia from that time. He turned to history in his later years, producing magisterial works on Deng Xiaoping and Sino-Japanese relations.

Vogel's scholarship was not restricted to any single methodology, but rather reflected his drive to get the story right through whatever means necessary. For his research on the Japanese family, he engaged in intensive ethnographic research with his first wife, Suzanne Hall Vogel, interviewing six families about once a week for a year. He kept up with some of the families over the years, and the family friendships now span three generations. For his first book on China, he relied primarily on interviews in Hong Kong with refugees who had escaped from the Guangzhou region. He was a passionate life-long student of language, and he mastered both Japanese and Chinese. He took pride in his ability to conduct research and give public lectures in both languages.

Vogel will be most remembered for his boundless good cheer and boyish enthusiasm. He grew up in the small town of Delaware, Ohio, the son of Jewish immigrants, Joe and Edith Vogel. His father ran a men's and boys' clothing store in the center of town, the People's Store, and he often helped out. He managed to transfer the effusive friendliness of a small-town shoe salesman to the unlikely corridors of Harvard University and Washington, D.C.. He had an irrepressible ability to see the good in every person and every nation, while recognizing nonetheless that many of us fall short of our ideals. He sustained a network of Japanese graduate students and young scholars at Harvard, the "juku" (study group), which met regularly at his home in Cambridge until the coronavirus pandemic intervened. He hosted smaller groups of students working on China as well. He participated in a reunion of former students, colleagues, and "juku" members almost every summer in Tokyo.

Vogel was a devoted husband and father, who hosted a celebration for his extended family at his home every holiday season for the past 25 years. The 2020 reunion was to be via Zoom on the day he passed away. He loved keeping up with friends, family and colleagues. Undeterred by COVID-19, he raved about his ability to talk to family and colleagues in Japan, China, and other parts of the world with Zoom. He and his wife Charlotte were supportive companions.  Among other activities, they enjoyed running daily for twenty years. When his knees began to falter, they turned to biking for the last twenty years. He even biked four miles one day shortly before he died. He maintained long-term friendships, regularly going back for high school and college reunions in his hometown. He made a major gift to his hometown alma mater, Ohio Wesleyan, of the entire royalties from the mainland Chinese edition of his biography of Deng Xiaoping.

Vogel was the Henry Ford II Professor of the Social Sciences Emeritus at Harvard. After graduating from Ohio Wesleyan in 1950 and serving two years in the U.S. Army, he studied sociology in the Department of Social Relations at Harvard, receiving his PhD in 1958. In 1960-1961 he was an assistant professor at Yale University and from 1961-1964 a postdoctoral fellow at Harvard, studying Chinese language and history. He remained at Harvard, becoming a lecturer in 1964 and a professor in 1967. He retired from teaching in 2000.

Vogel was also an institution builder at Harvard. He succeeded John Fairbank to become the second director (1972-1977) of Harvard's East Asian Research Center and Chairman of the Council for East Asian Studies (1977-1980). He co-founded the Program on U.S.-Japan Relations at the Center for International Affairs and served as its first Director (1980-1987) and as honorary director ever since. He was chairman of the undergraduate concentration in East Asian Studies from its inception in 1972 until 1991. He was director of the Fairbank Center (1995-1999) and the first director of the Asia Center (1997-1999). He was chairman of the Harvard Committee to Welcome President Jiang Zemin (1998). He also served as co-director of the Asia Foundation Task Force on East Asian Policy Recommendations for the New Administration (2001).

Drawing on his original fieldwork in Japan, he wrote Japan's New Middle Class (1963). A book based on several years of interviewing and reading materials from China, Canton Under Communism (1969), won the Harvard University Press faculty book of the year award. The Japanese edition of his book Japan as Number One: Lessons for America (1979) was a breakaway bestseller in Japan. In Comeback (1988), he suggested things America might do to respond to the Japanese challenge. He spent eight months in 1987, at the invitation of the Guangdong Provincial Government, studying the economic and social progress of the province since it took the lead in pioneering economic reform in 1978. The results are reported in One Step Ahead in China: Guangdong Under Reform (1989). His Reischauer Lectures were published as The Four Little Dragons: The Spread of Industrialization in East Asia (1991). He visited East Asia every year after 1958 and spent a total of over six years in the region. He returned from his most recent trip to China in January, just as word was first coming out about the COVID-19 pandemic.

At the age of 81, Vogel published the definitive biography of Deng Xiaoping, Deng Xiaoping and the Transformation of China (2011). The book won: the 2012 Lionel Gelber Prize, Lionel Gelber Foundation, Munk School of Global Affairs at the University of Toronto; Honorable Mention 2012 for the Bernard Schwartz Book Award, Asia Society; Finalist 2011 for the National Book Critics Circle Award for Biography; a Bloomberg News Favorite Book of 2014; and Esquire China Book of the Year 2012; a Gates Notes Top Read of 2012; an Economist Best Book of 2011; a Financial Times Best Book of 2011; a New York Times Book Review Editor's Choice 2011; a Wall Street Journal Book of the Year 2011, and a Washington Post Best Book of 2011. The book became a bestseller in China.

At the age of 89, he published China and Japan: Facing History (2019), which reviews the history of political and cultural ties between the two nations over 1,500 years. Vogel hoped that the book would offer an accurate portrayal of how the two countries learned from each other over the centuries, but also serve to encourage Chinese and Japanese leaders to forge a more constructive relationship going forward. Vogel was also concerned about the state of U.S.-China relations.