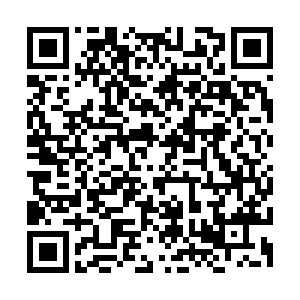 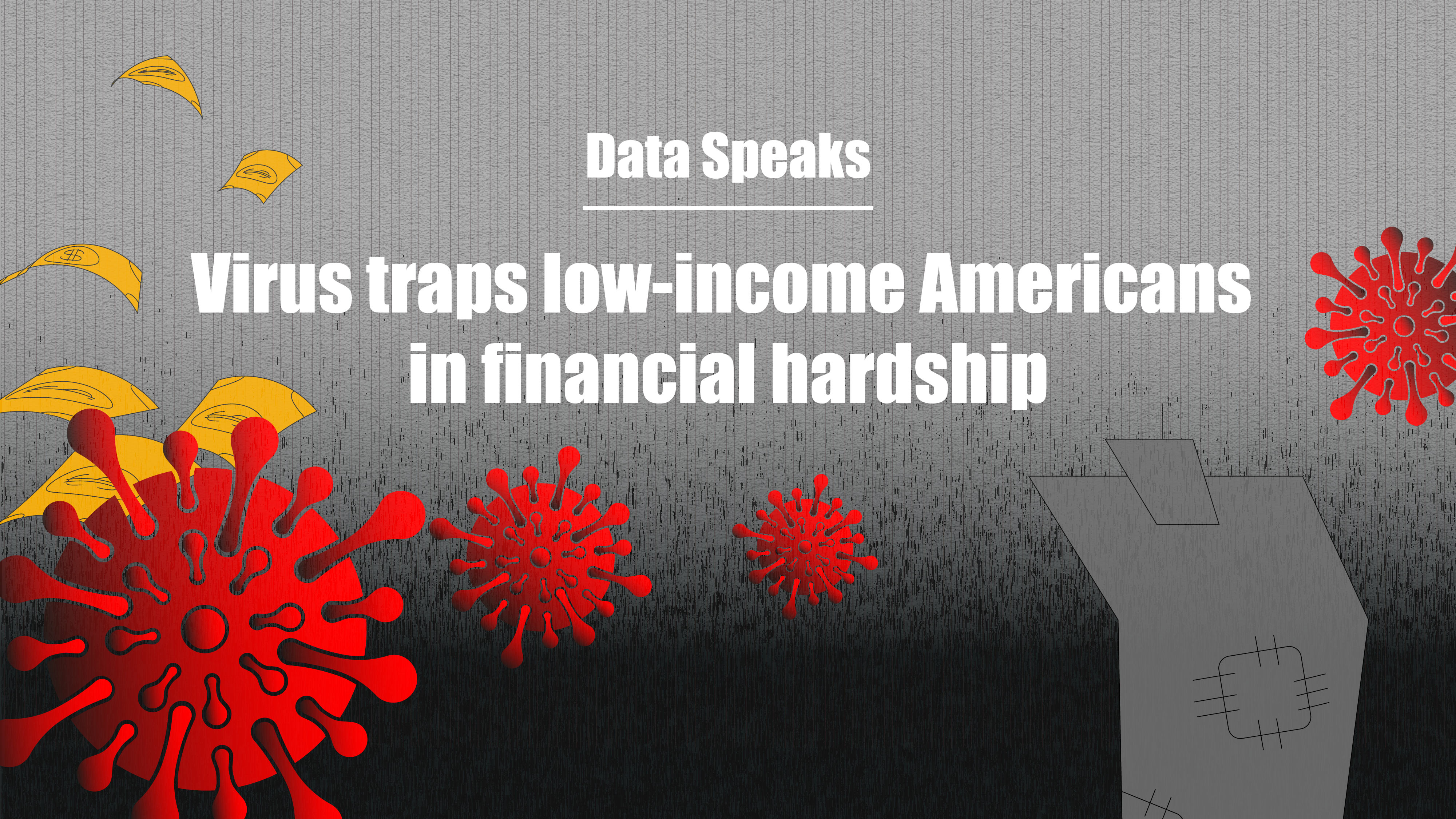 As Christmas approaches, people wait in snaking lines of cars for free meals from food banks across the United States. At one center in North Texas, 3.4 million meals were handed out in two weeks around Thanksgiving – a record number, according to volunteers.

This festive season, because of the economic fallout from COVID-19, hunger has become an even bigger concern among low-income families in the U.S.

In the last eight months, food sufficiency in the U.S. has dropped from 88.6 percent to 76.3 percent among surveyed Americans. The wealthy may have the means to shelter from some of the worst effects of the pandemic. The poor have been sucked into the center of what is, in effect, an economic tornado. And among them minorities are, once again, bearing the brunt of the suffering. 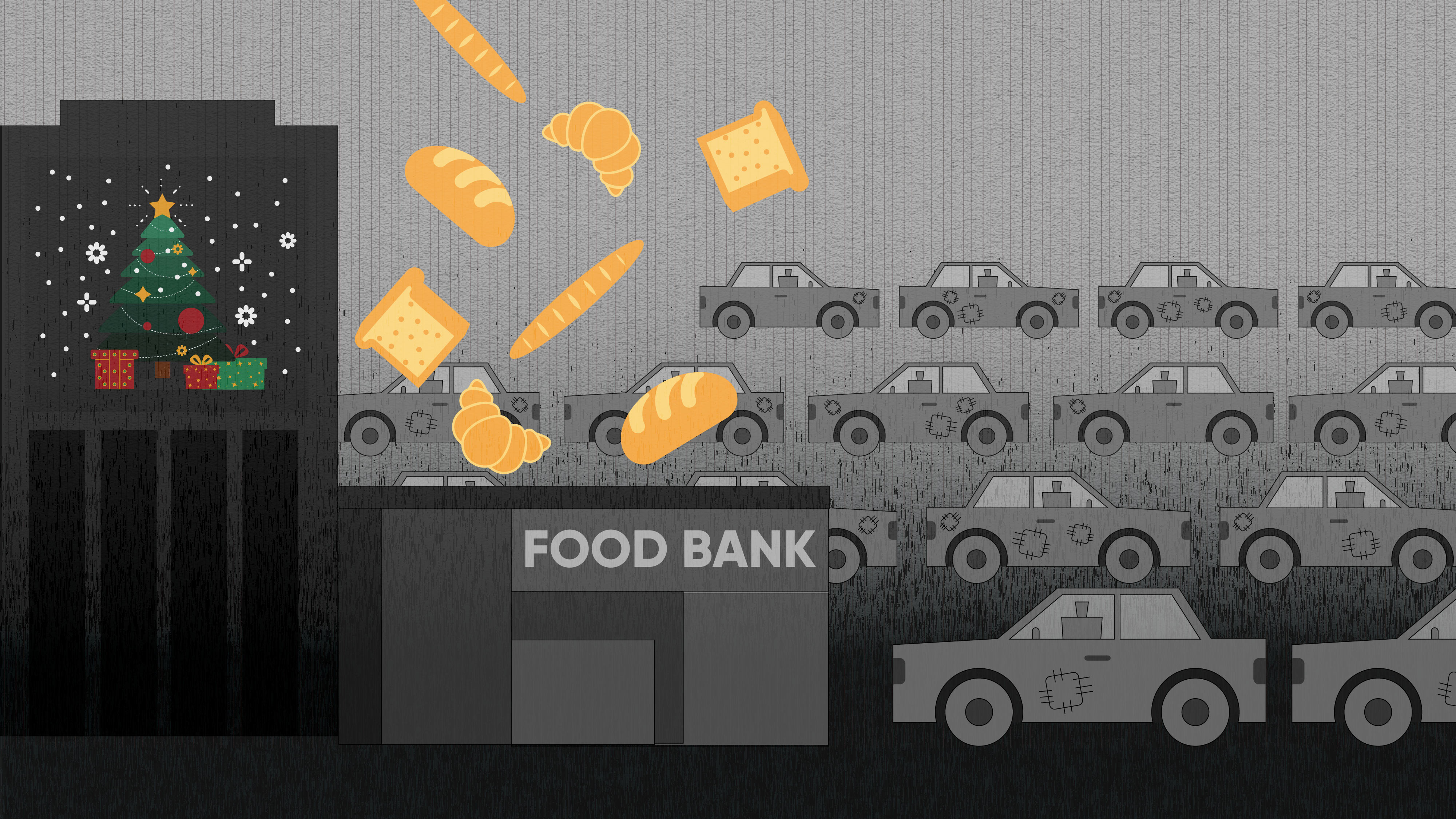 From April to November, the number of Americans without enough to eat rose among all racial groups. The percentage of white people in this group remained the lowest at 18.9 percent, which is roughly one in five.

The number among Blacks was 14.7 points higher, making it about one in three African Americans whose cupboards may be close to empty.

When it comes to access to adequate amounts of affordable food, Hispanics have actually felt the biggest impact from the pandemic.

Data shows that similar proportions of Blacks and Whites have fallen into hunger – by around 10 points each in the eight months. Among Hispanics, the drop has been a huge 15.5 points. 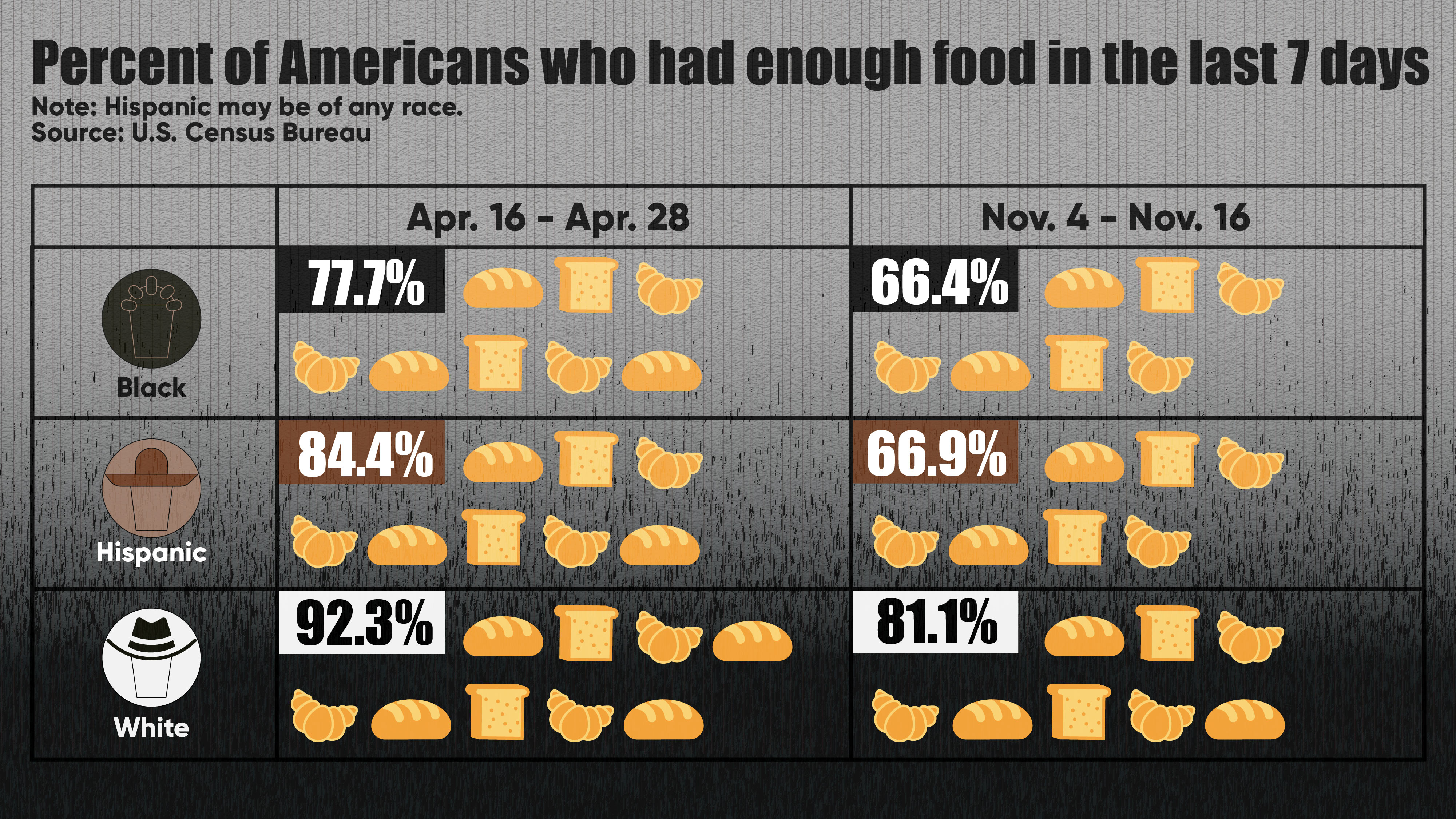 If securing enough food isn't enough of a burden for low-income Americans, then what about housing expenses? Many have indeed struggled to keep up rental payments, with the disparities again rather glaring.

In April, 23.7 percent of Black adults had trouble making rent. Even though businesses had been reopening and gradually rehiring people, by November, that number had risen to 30.6 percent.

Among white and Hispanic populations, there was a less marked change. The number of people in these racial groups who've struggled to pay rent ticked up by a modest 0.4 and 0.6 points, respectively. 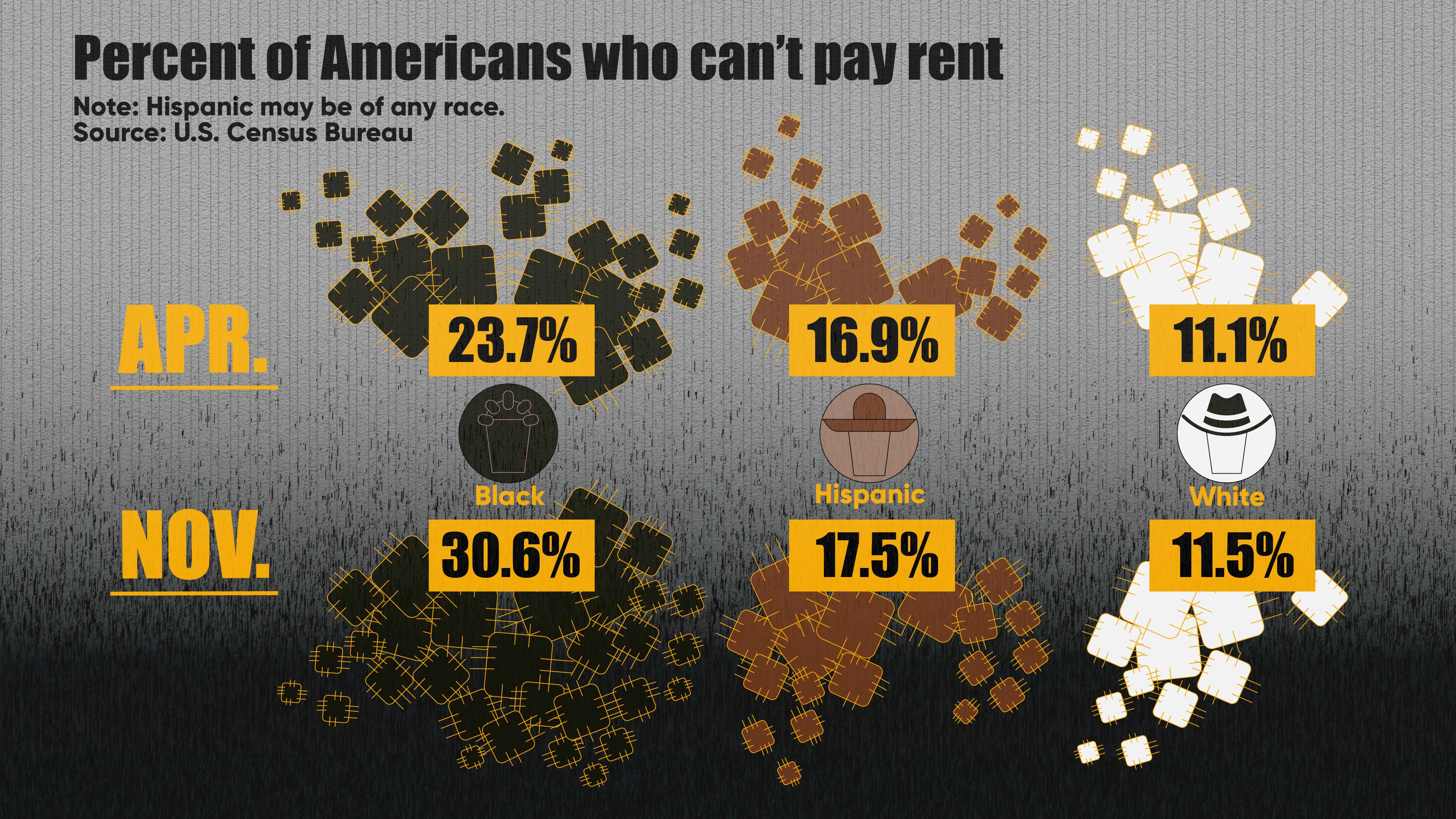 On April 10, millions of people woke up to a new bank deposit of up to $1,200 as the first wave of stimulus checks were rolled out. For those whose lives were hanging by a thread, they could finally take a breath and pay off some bills.

But as negotiations continue on further stimulus measures, more and more minorities are facing an increasing challenge to make ends meet. In November, nearly 70 percent of Black and Hispanic adults said covering their usual household expenses was proving to be difficult, of which more than 20 percent said it was very difficult. 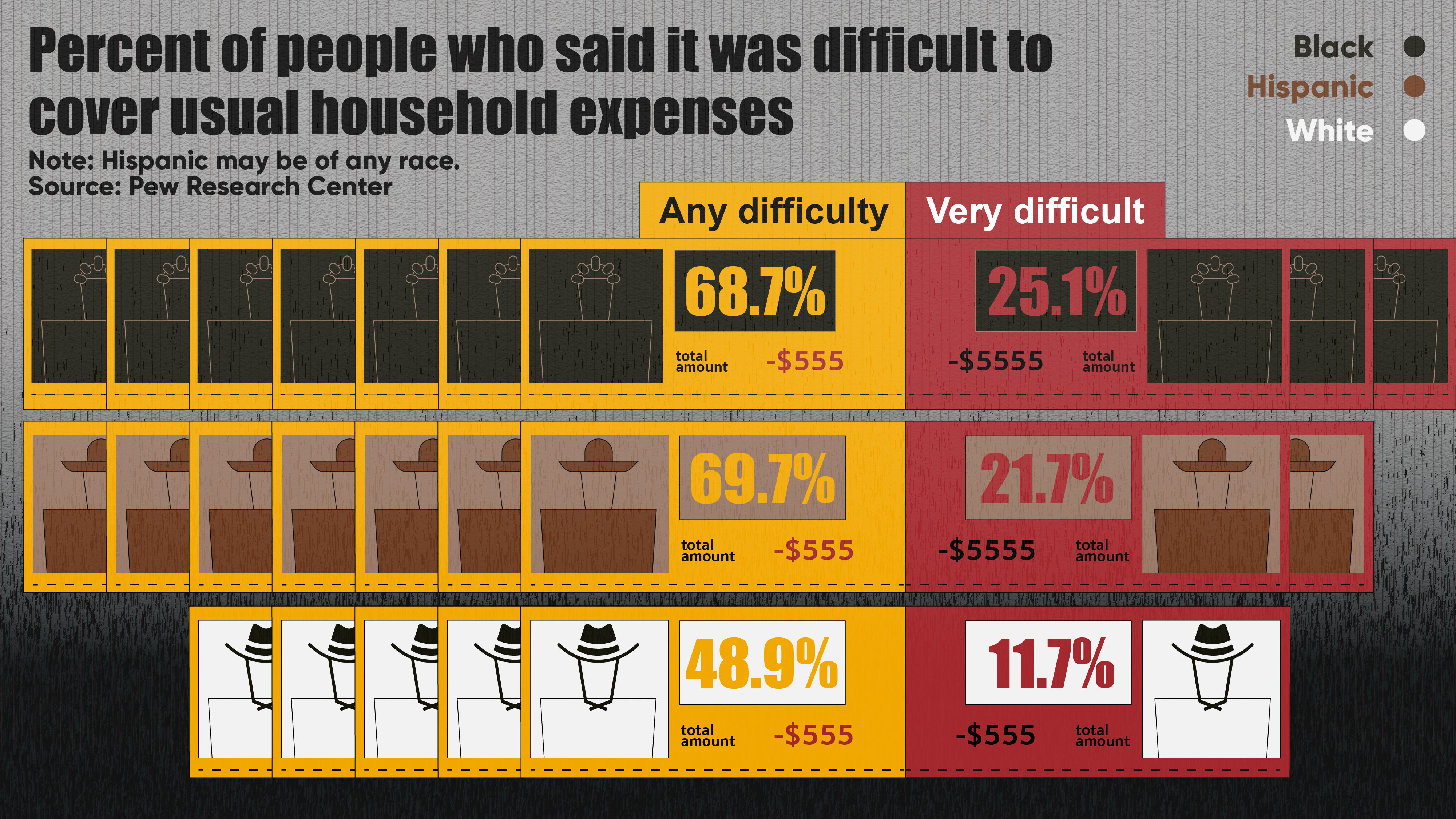 Financial hardship can lead to emotional distress. Those who live from paycheck to paycheck can be caught in a vicious cycle of despair.

In July, according to Kaiser Family Foundation polling, 58 percent of people on lower incomes reported that negative feelings related to the pandemic have impacted their mental health. Nearly seven in 10 Black adults, and more than five in 10 Hispanics said they suffered major mental disruptions linked to financial stress. 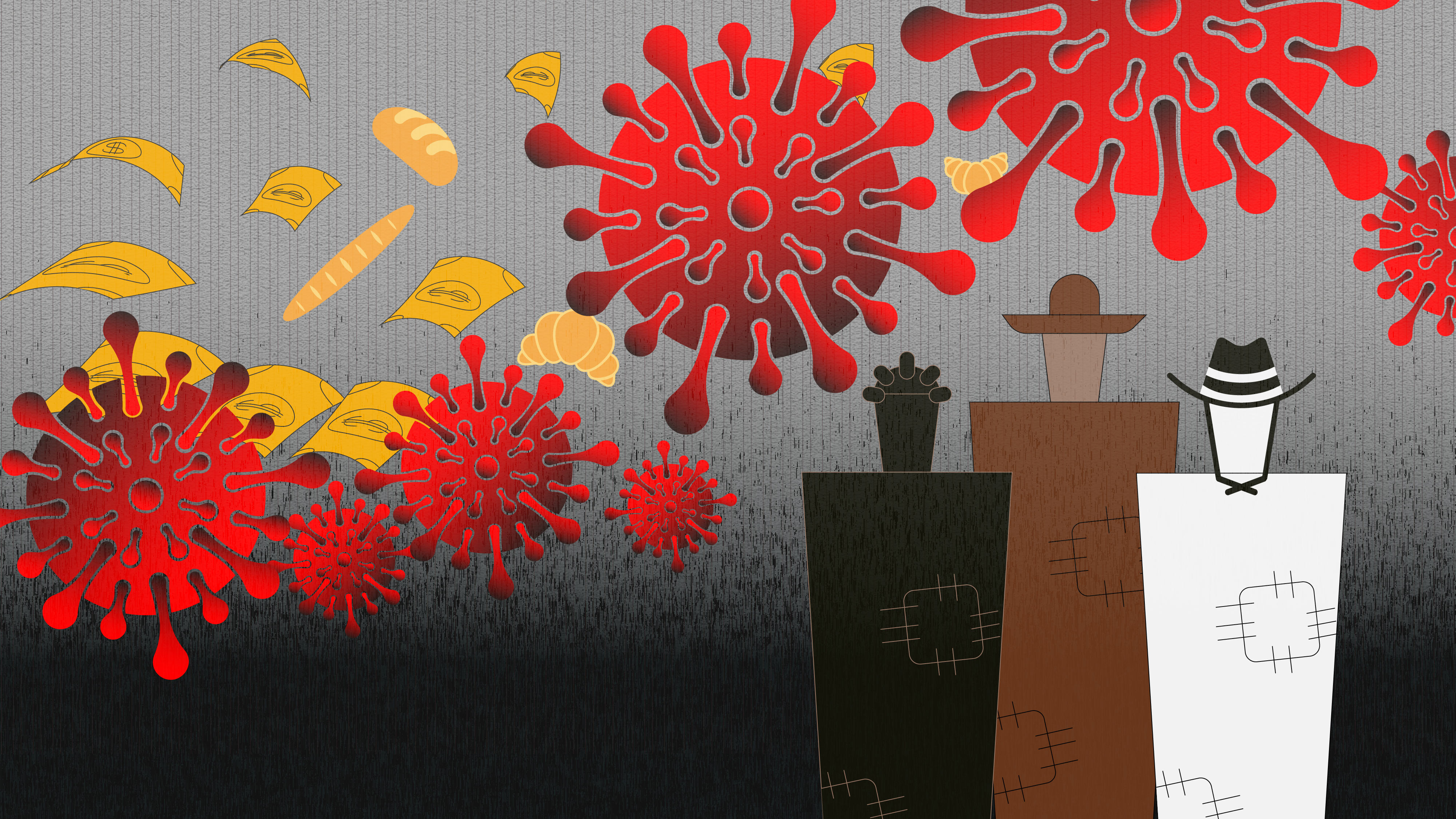 From food to shelter and mental health, the economic recession resulting from COVID-19 has taken an outsized toll on low-income minorities. As the pandemic persists and more fall into poverty, fewer minorities will be able to reach an adequate standard of living that everyone, regardless of race and ethnicity, has the right to.