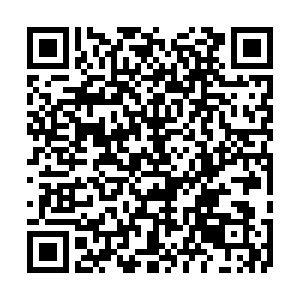 A group of black-tailed gazelles were photographed foraging on the bank of Bosten Lake in northwest China's Xinjiang Uygur Autonomous Region on Thursday. 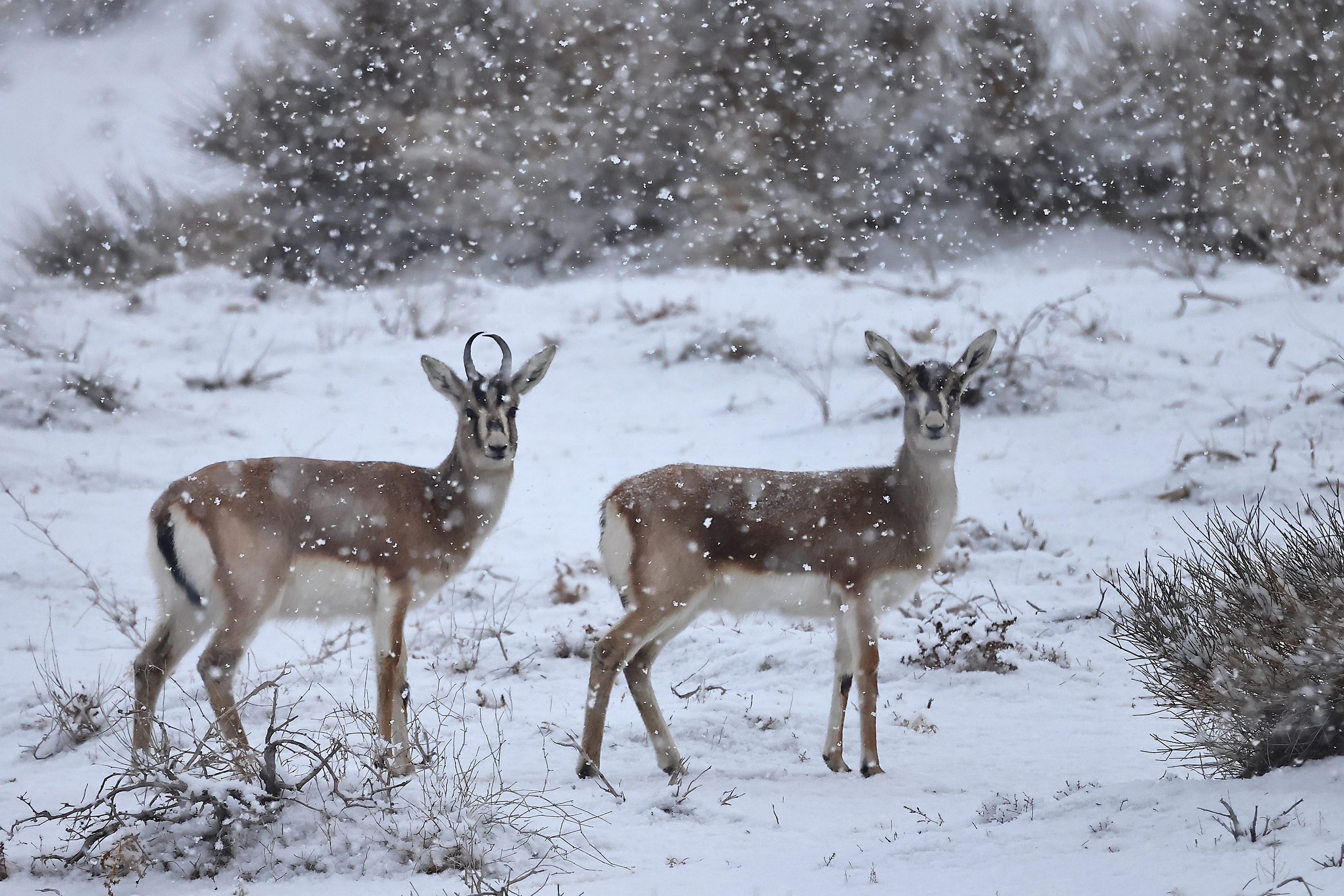 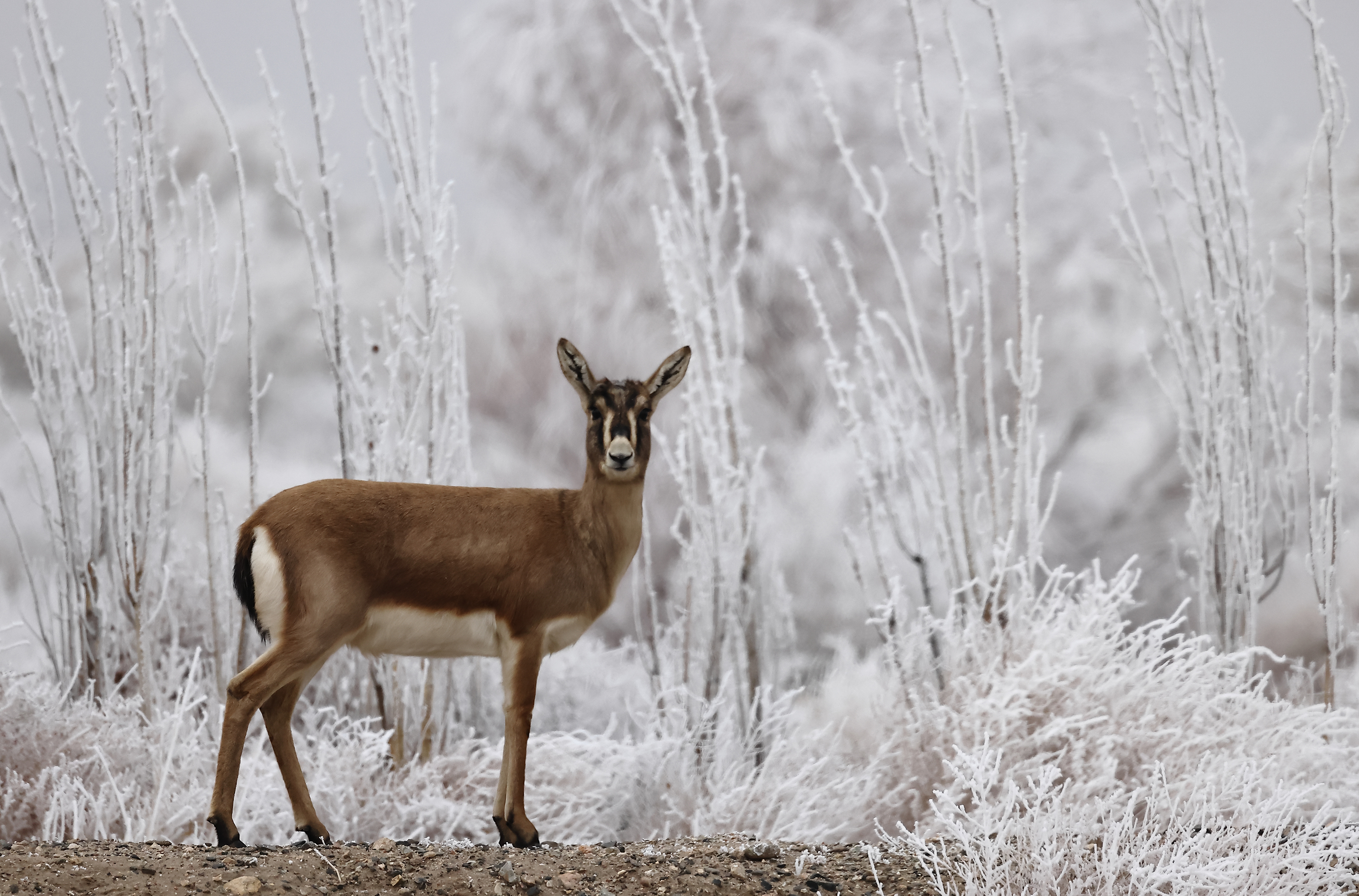 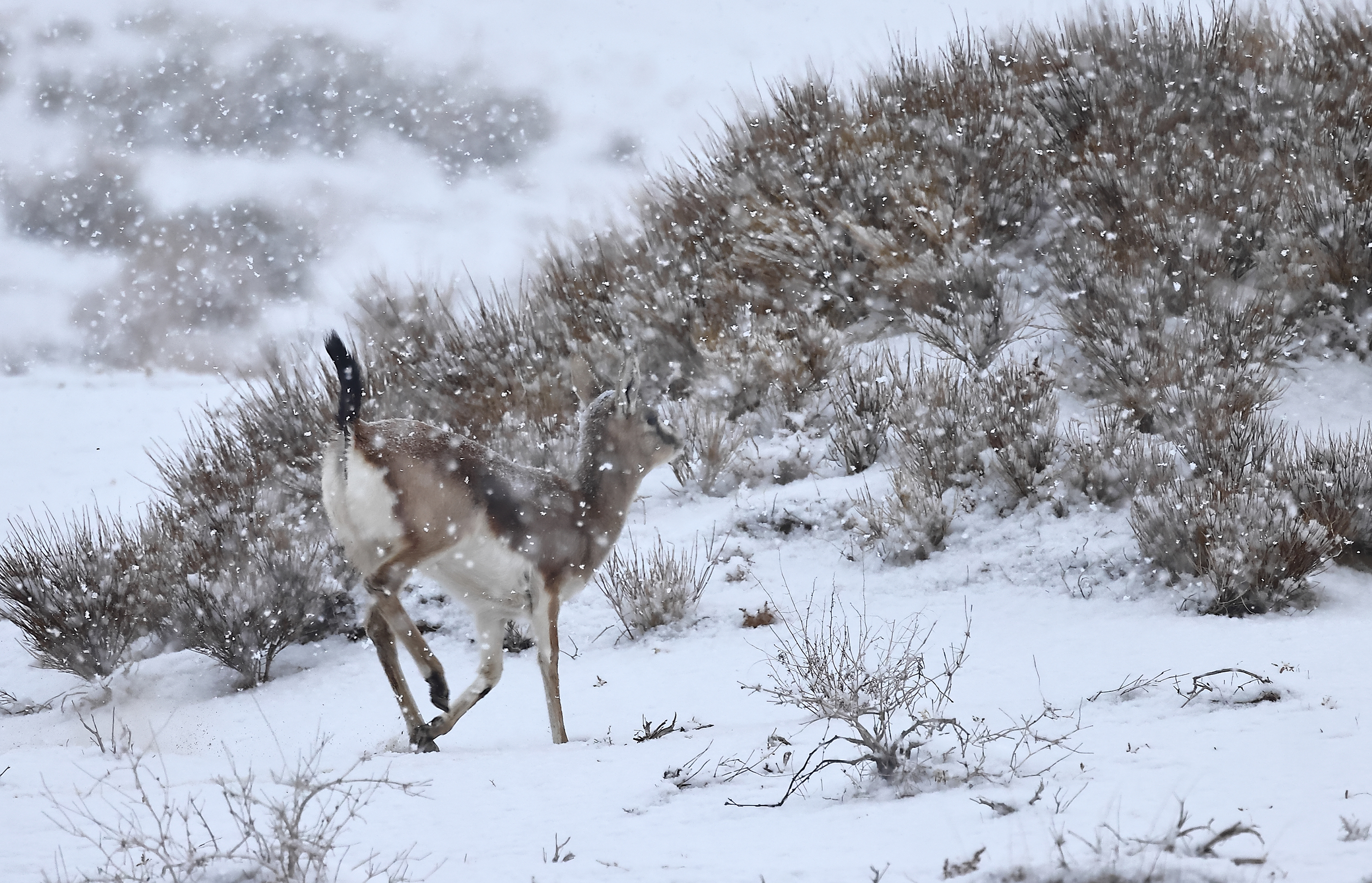 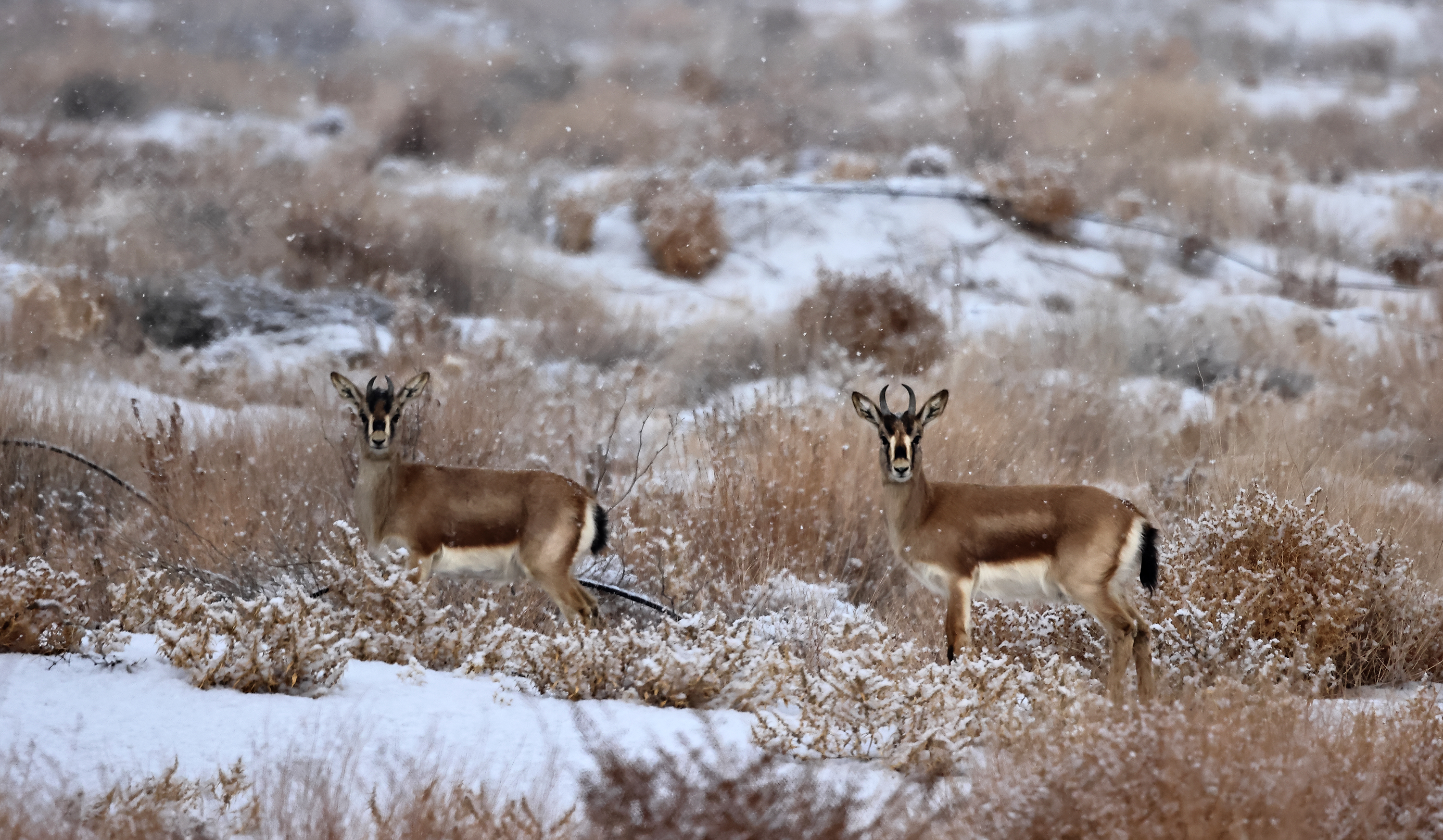 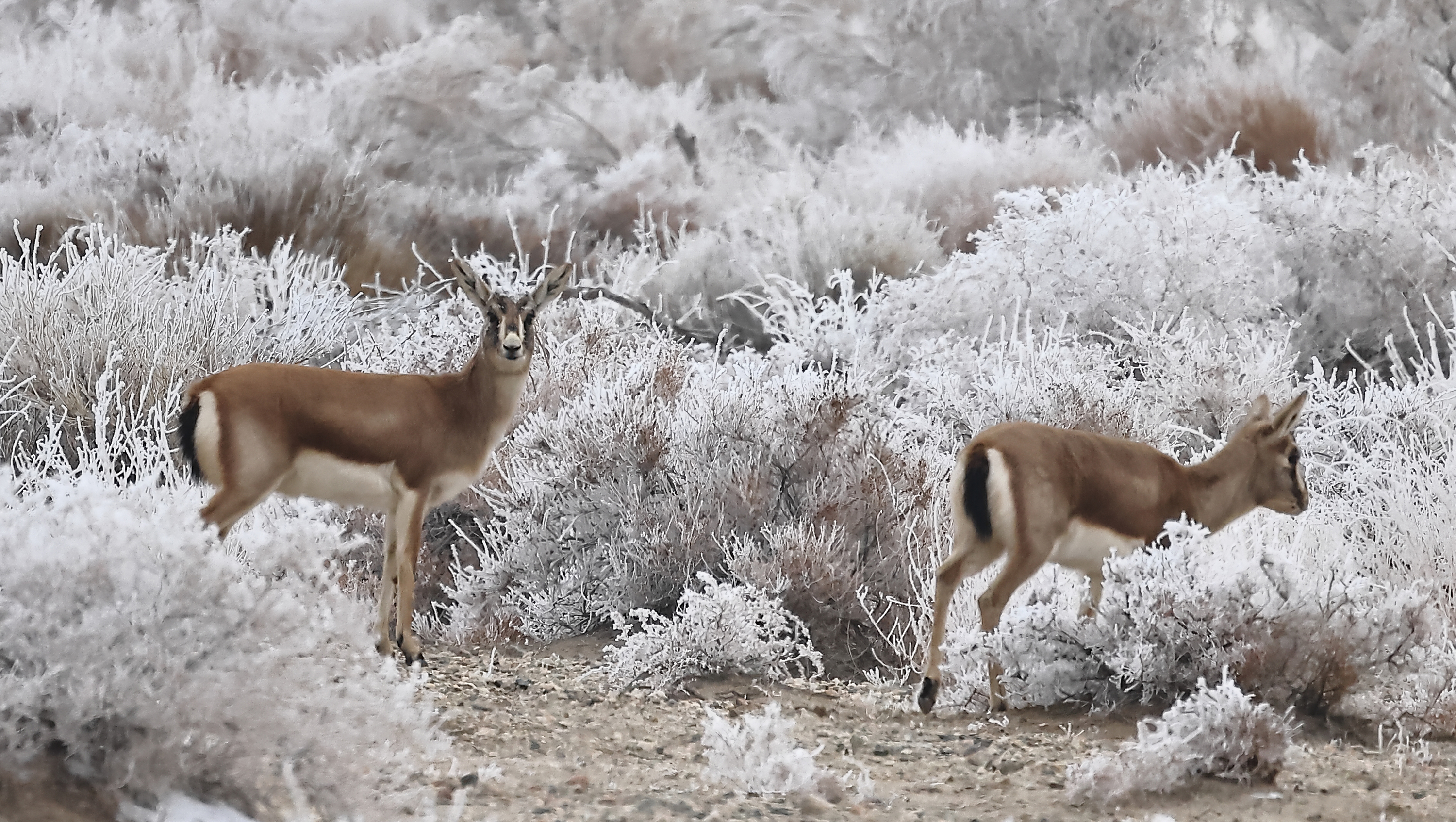 Also known as goitered gazelles, they are under second-class state protection in China. Goiter is a medical term referring to an abnormal enlargement of the thyroid near the base of the neck. Male gazelles' neck and throat enlarge during mating season, hence the name.

Bosten is one of China's largest inland freshwater lakes, surrounded by wetlands, mountains and deserts, which serve as natural habitats for numerous animal and plants.

(All photos by Yan Mingxing)