Download
China is taking the lead in technologies
John Milligan-Whyte 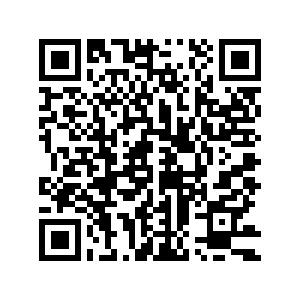 Editor's note: The past few years have seen ups and downs of the China-U.S. ties. During his final weeks in office, President Donald Trump has escalated tensions with China. For example, it's added dozens of Chinese companies, including the country's top chipmaker SMIC, to a trade blacklist. In the coming years, how will the bilateral ties develop?  John Milligan-Whyte, executive chairman of The America-China Partnership Foundation, shares his views on this. Views expressed in the video are his, and not necessarily those of CGTN.

CGTN: 2020 has been a tough year for China-U.S. ties. How will Joe Biden being the president affect bilateral ties?

John Milligan-Whyte: The election basically has brought a more temperate and more experienced person as president to lead the relationship. But China's tremendous success is disturbing the Western powers. And to a certain extent, they will try to present a united front. Some of the things that they will demand, China is already doing, some it will never do, some will be subject to negotiations.

There is a danger that as China's significance economically and geopolitically grows, that what we call the old school of China-U.S. relations, which focuses on how America can remain the dominant economic and geopolitical power, that leads to a concern that there could be a military conflict. The old school, though, is somewhat discredited by the occurrence of the 2008 American financial crisis and the election of President Trump. So what we call the new school of China-U.S. relations focuses on how are the two largest economies and two military superpowers can align their economic growth and national security to peacefully coexist.

CGTN: Why has Washington been strategizing against Chinese tech companies in the past few years?

Whyte: I agree basically that the attack against Huawei and the other Chinese tech companies reflects how able the Chinese tech companies are. Essentially, the Western powers would like to have competition providing they win. There is a massive transformation going on in China that is not occurring in Western countries. For example, we don't use cash anymore. We simply use our cellphones. This displaces the entire Western financial system. And they're not going to be able to change as fast as China will. So China is occupying the digital financial space.

It's possible that China's technological advantages will lead to two-thirds of the world using Chinese technologies and the other third of the world using less able technologies. I think things will change so fast that in five years you'll be surprised at how successful the Chinese companies have become. So it's a period of massive change. And time is on China's side.

Whyte: The U.S. doesn't really win in decoupling. But the political systems in the West are not capable of long-term economic planning. They tend to work in two to four-year cycles. So I think the decoupling will damage the West and actually work to China's advantage.

I think it'll take two or three generations for Americans to get used to China's emergence as the world's largest economy. Lawrence Summers, who was a key figure in the Clinton administration and the Obama administration, has pinpointed the problem when he said, could the U.S. imagine a viable global economic system in 2050 in which the American economy was half the size of the world's largest economy? Could an American political leader acknowledge this reality sufficiently to be able to discuss what such a world would look like? So that's the sort of future shock that the American policymakers are dealing with, which will take quite a long time to work its way through the system.

The Understanding China Conference also contributed to it