Download
Trump lost, but will Trumpism endure in the Republican Party?
Li Ruikang 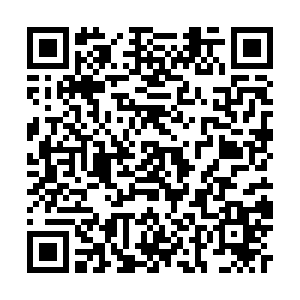 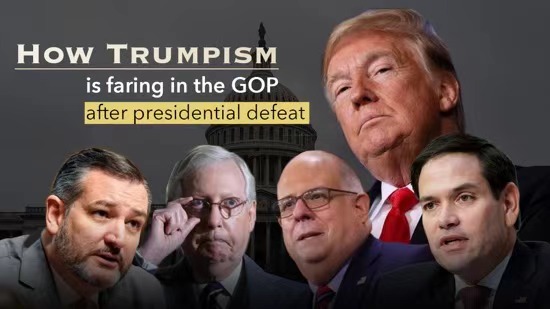 Will Trumpism continue to dominate the Republican Party? To answer that question, one first needs to define the term Trumpism.

Despite the common belief that Trump's ideas and decisions do not reflect a coherent ideology, his past four years in office have left a trail of indications that speak to a distinguishable policy orientation: The America First philosophy has defined an isolationist foreign policy, the rejection of left-wing "socialism" has fueled attempts to abolish Democratic-led legislation, and the penchant to prioritize the economy has led to the repeated disregard of the COVID-19 pandemic.

These policy proclivities reflect a rather standard interpretation of American conservatism, but they alone are not enough to sketch the contours of Trumpism or reveal what made Trump so unique. What's different about the populist leader is his mannerisms, his personal style and his way of thinking: The excite-the-base strategy, the ceaseless divisive rhetoric and defiance of science, political correctness and established practices.

Though the businessman-turned-politician suffered defeat in his re-election bid, many believe the results attest to the triumph of Trumpism.

Joe Walsh, a former Republican congressman from Illinois, told The Guardian that as long as Trump continues the rhetoric claiming "this election was stolen from him, all of his supporters will believe him and then the Republican Party will be beholden to him."

Walsh, who unsuccessfully challenged the president in this year's Republican primary, said despite defeat, Trumpism will still be a major force dominating the party because "he got his people out and they are more devoted to him now than they were before the election."

According to a Politico/Morning Consult poll published last month, Trump is the favorite among Republicans and Republican-leaning independents to run in the 2024 election. He received 53 percent of support, and those who are trailing him, including Vice President Mike Pence (12 percent), Trump Jr. (8 percent) and Senator Ted Cruz (4 percent), are far behind, the poll showed. For Republicans, the momentum Trump has achieved is groundbreaking. 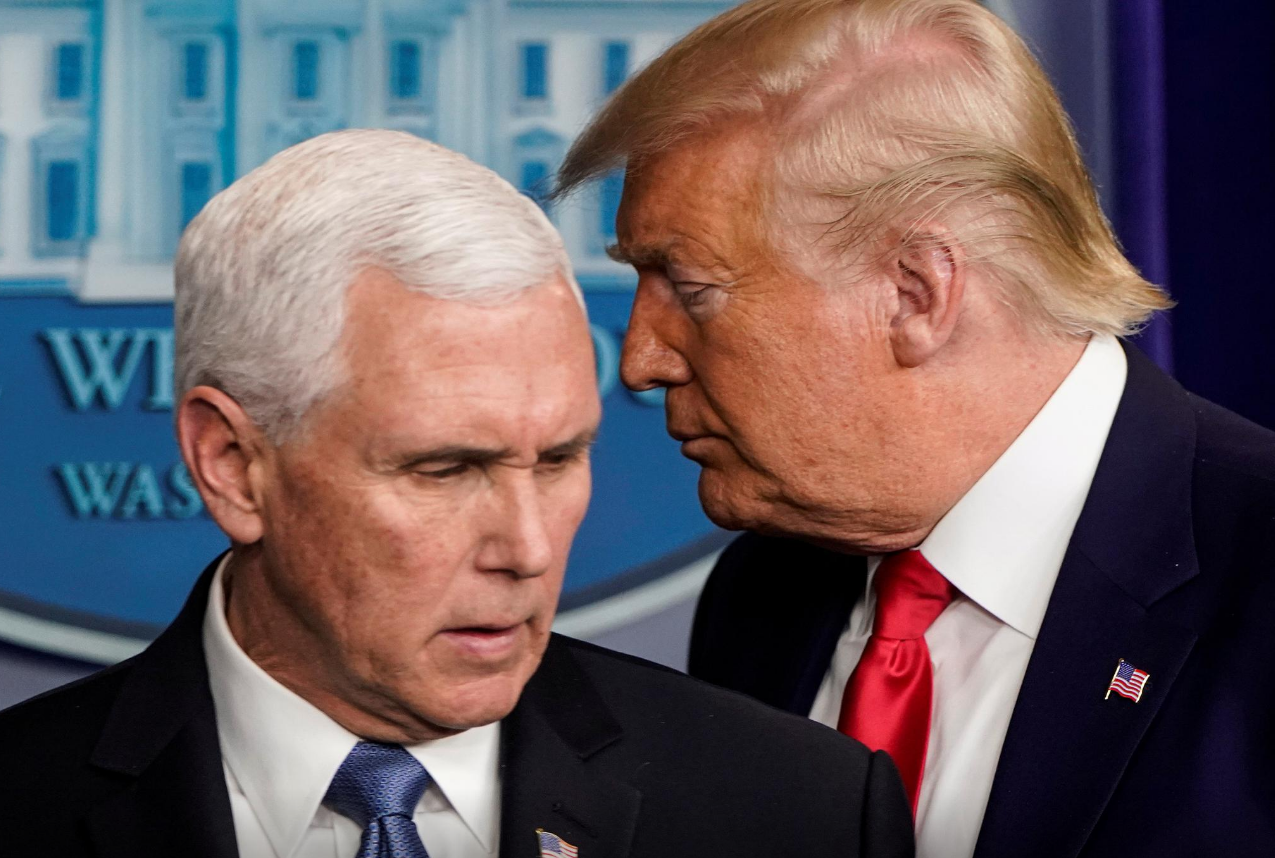 Joe Gruters, chairman of Florida's Republican Party, believes that Trump's message about economic liberty, even during the pandemic, won over many voters. "People voted for the president of the United States because of his positive messaging on the future and his going out of the way to put America first," he told Reuters.

The myriad attributes that made Trump a cult-like leader to some are also the reasons many Republicans believe he has achieved success, and this assertion is motivating them to either stick very close to the outgoing president or become an almost literal embodiment of him, even after his defeat.

Texas Senator Ted Cruz, who was Trump's bitter rival in the Republican primary four years ago, has become his staunchest supporter and one of the Trumpism frontrunners. Not only does Cruz lend full support to the administration's policies but he always seems ready to justify Trump's controversial behaviors.

From the impeachment episode to Trump's tax records, Cruz was seen everywhere defending the president. In the ongoing Republican quest to overturn the election results, he has also become a key figure. Earlier this month, Cruz agreed to personally argue a long-shot election lawsuit at Trump's request. 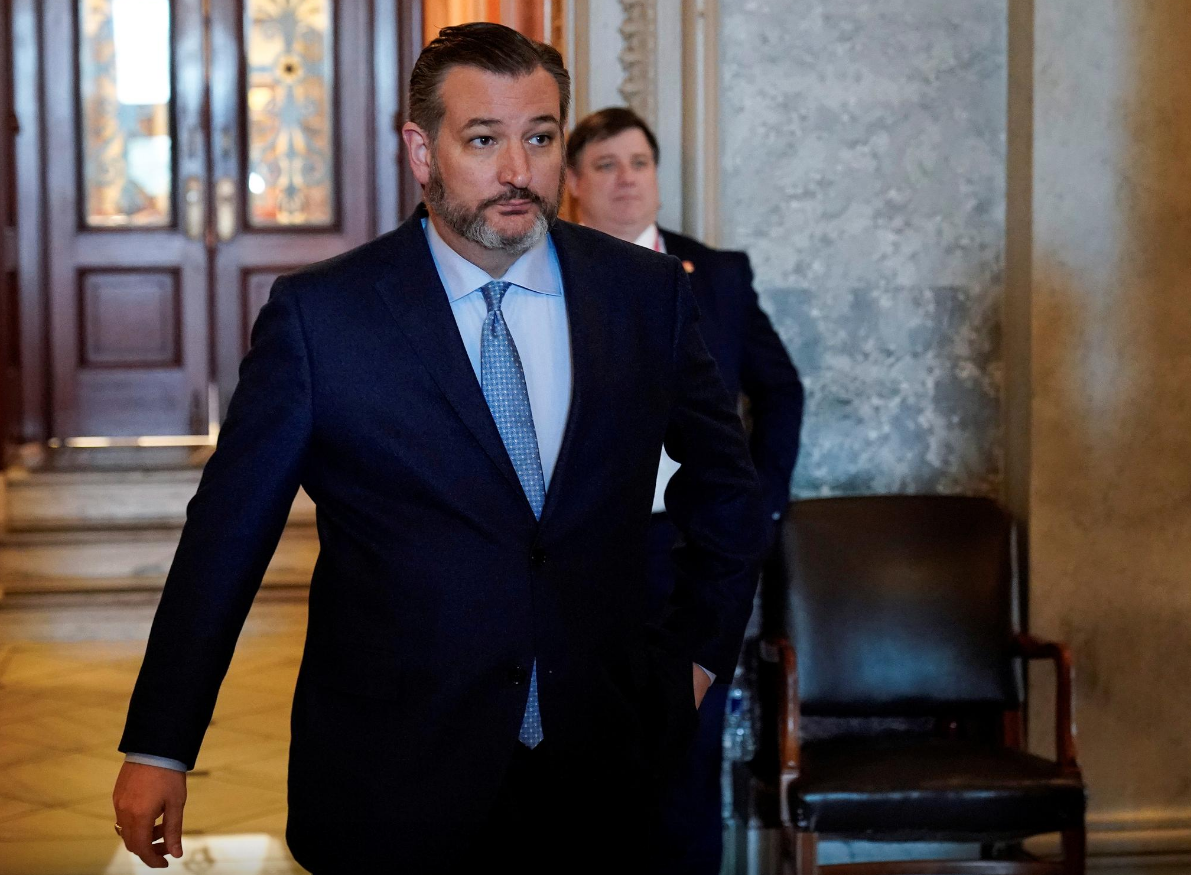 Once a runner-up for the Republican nomination, Cruz is known to be gunning for the White House in 2024, and the key to guarantee his future success is for him to galvanize the near-fanatic support Trump is keeping a firm hand on. "Cruz probably can't get there without appealing to the Trump base … Some portion of that 72 million who voted for Trump doesn't want to accept it (the election) is over, and that is what Senator Cruz is feeding into," Todd Gillman, Washington bureau chief of The Dallas Morning News, said in an NBC broadcast.

According to a survey published last month by Seven Letter Insight, 79 percent of Trump voters believe the election was "stolen" through "illegal voting and fraud," while only 38 percent of them accept the result of the election.

Like Cruz, those who harbor presidential ambitions while also looking to bask in Trump's good graces are banking on the assumption that he will not lay claim to the White House in 2024. But the president has recently flirted with the idea of going through another campaign, which if followed through, would seriously upend their agenda. The difficulty in cannibalizing the huge chunk of Trump voters could have them reconsider the wisdom of running against the one-term president.

Nevertheless, not everyone agrees that Trump's influence will be long-lasting.

"The obvious assumption is that his potential candidacy freezes the race, that he dominates the field like a colossus and sort of smothers any other Republican presidential efforts. There's also a possibility, given financial challenges, potential legal challenges, and the undignified way that he has conducted himself since the election, where he is a substantially diminished figure in the not too distant future," Michael Steel, a Republican strategist, told The Associated Press, citing Sarah Palin as an example of a once-Republican star who became a marginal figure far more quickly than many expected.

Yet at the moment, some Republicans are faced with a lingering dilemma – they believe showing unreserved support for Trump could shatter their image as a credible politician, which may alienate the broader electorate, but in the meantime they also believe not doing that is bound to anger millions of Trump's diehard supporters.

Senate Majority Leader Mitch McConnell is one among them.

Over the past four years, McConnell has largely remained supportive of the president, but minor feuds between the two once cast a shadow over the senator's career. In late 2017, when a Republican attempt to repeal the Affordable Care Act failed in the Senate, Trump took to Twitter to voice his disappointment for the Senate leader. In response, McConnell said the president, given his lack of political experience, perhaps had "excessive expectations." As the two continued to trade barbs, McConnell's popularity dipped notably. His poll numbers did not bounce back until mid-2018, when he supported the president during the confirmation of Brett Kavanaugh as a Supreme Court justice. 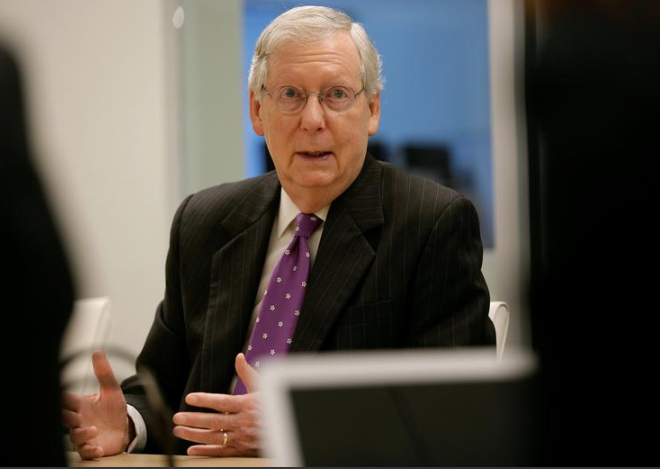 At the time, the sense of loving the long-serving senator for what he did for Trump was revived. Yet despite the realization that sticking close with the president is the smarter move in terms of electoral politics, McConnell seems unwilling to stand the damage caused by Trump's unruly behaviors to his party, especially when the president has already been voted out of office.

Last week, as Trump was still pushing to reverse the election outcome, McConnell broke ranks with other Republicans and acknowledged Biden's victory on the Senate floor. He also pleaded with Senate Republicans not to join members of the House in objecting to the election results. The move, widely viewed as an effort to protect the party, spoke much about his belief that the attempts to sow doubt about the country's democratic institutions could seriously hurt the GOP.

Another example is Florida Senator Marco Rubio, a potential 2024 candidate who appears to be invested in Trump so deeply that "Trump fan-boy" has become the 49-year-old's nickname. But some argue that he only supported Trump to a point, as exemplified by him being one of the first Republicans referring to Biden as "president-elect" after last month's election.

For Republicans like Rubio and McConnell, what the president has done policy-wise in the last four years was easy to digest: In Trump's multifaceted deterrence campaign against China, Rubio proved to be one of the toughest, and in all Supreme Court nominations, McConnell led the charge in the Senate. It is really Trump's wayward style with which they take issue. But the prospect of alienating Trump supporters has largely discouraged them from speaking out, and in the rare cases where they did, the approach they took showed restraint.

There are also those who set their sights on the White House while unafraid of upsetting the Trump base, though very few.

One among these go-against-the-tide Republicans is Maryland Governor Larry Hogan, who, by openly rejecting Trump, has earned himself the image of a pragmatist unaffected by stiff ideologies and partisan alignment. A two-term governor of a longtime blue state, Hogan is pursuing a big-tent strategy and has set the stage for his presidential ambitions by opposing the bulk of White House policies. 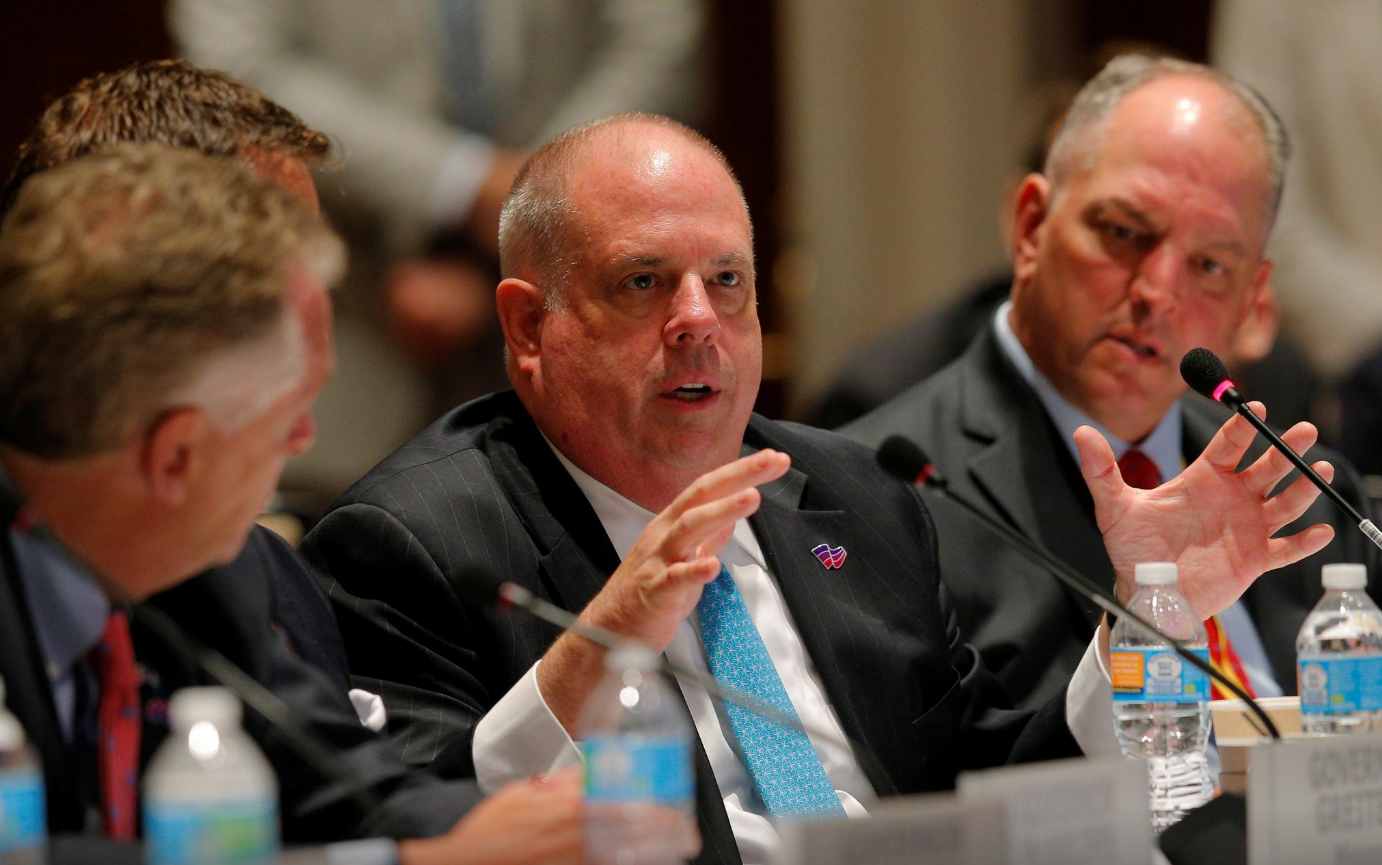 Clear and determined in Hogan's agenda is his attempt to win back the party. The bigger tent message is "why I've been so successful as a Republican in one of the bluest states in the country and have had the ability to reach a lot of swing voters and constituencies that Republicans have had a [hard] time reaching," he told The Guardian. While the near-solitary voice among the 2024 hopefuls has not gained steam, what's also uncertain is how much further the charms of Trumpism will go.

As the Trump base, largely consisting of whites with no college degrees and conservative Christians, is shrinking, as demographic data reveals, Republicans may begin to find appeal in Hogan's message.