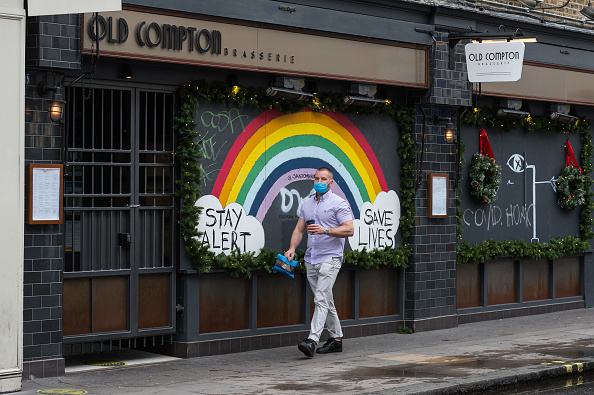 Across Europe, where you would normally expect to find packed streets, busy Christmas markets and inviting pubs, you instead find silence.

In November, many European governments entered what German Chancellor Angela Merkel referred to as "lockdown light." This lockdown was in response to a "second wave," however, after an initial easing, cases have rapidly risen again, frustrating ambitions to allow people to socialize over Christmas.

Another wave of new restrictions has forced governments to press further against the limits of their power and it has long been felt that Christmas is viewed as sacrosanct and every effort should be made to allow celebrations to continue even in an extremely limited form.

The United Kingdom had held out with plans for a Christmas moratorium on household restrictions, however, as a new strain of the virus was discovered and cases grew sharply, were forced to follow their continental neighbors.

The introduction of a new tier of restrictions announced by Prime Minister Boris Johnson, which placed London and swathes of the East and South East of England under a "stay at home" order, saw a mass exodus before the new measures kicked in.

While deeply irresponsible and dangerous, those leaving tier 4 areas represent a real challenge for governments.

Governments across Europe have had the power to enforce restrictions with fines and arrests, but many have chosen not to exercise these deterrents in the belief that self-policing is the more effective and sustainable solution over the longer term.

However, the risk of widespread civil disobedience is very real and potentially, extremely dangerous.

While not widespread, protests have erupted in several cities. In the Netherlands, Prime Minister Mark Rutte made a rare television appeal to citizens imploring them to obey the rules as the country closes for five weeks.

"We are not dealing with a simple flu like the people behind me think," he said, alluding to the protesters outside his office. "I'm afraid we're going to have to swallow the bitter pill until things get better – which they will." 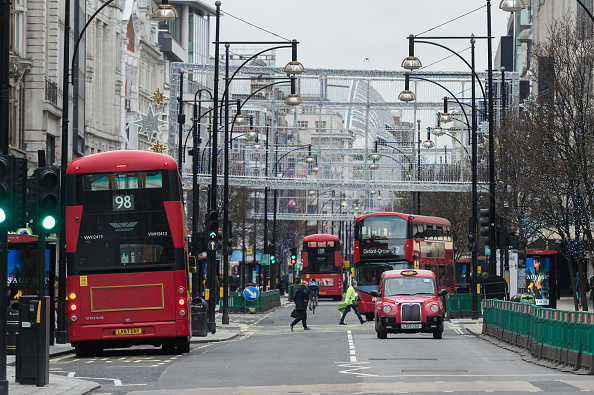 Buses, taxis and a few pedestrians are seen on an almost empty Oxford Street in London, UK, December 22, 2020. /Getty

Buses, taxis and a few pedestrians are seen on an almost empty Oxford Street in London, UK, December 22, 2020. /Getty

While the promise of mass vaccinations had given hope to many of a return to some semblance of normality, the uptick in infections has radically dampened such sentiment as well as financial markets.

Such is the risk that hospitals could become overwhelmed, that even Christmas shopping has been discouraged, despite the economic impact.

Peter Altmaier, German Minister for Economic Affairs and Energy, urged Germans to "only buy what they really need, like groceries."

The chancellor had earlier apologized for having to curb many of Germany's traditional Christmas activities. "I'm sorry. I'm sorry from the bottom of my heart … but if the price of these niceties is that our fatalities are now at 590 people a day, then this is not acceptable," Merkel said. "If we have too much contact over Christmas and afterwards, it might make it the last Christmas with grandparents."

The new strains of COVID-19 discovered in the UK and South Africa appear to have led to a grudging acceptance of the need for increased measures.

BioNTech has stated that their vaccination continues to prove effective and that any adjustment to the vaccination could be made in six weeks, as is the case with the influenza inoculation.

British Health Secretary Matt Hancock stated the severity of the new strain in a press conference on Wednesday. Cautioning that the South African mutation "is highly concerning because it is yet more transmissible, and it appears to have mutated further than the new variant that has been discovered in the UK." The UK variant itself is 70 percent more transmissible than the original strain.

With morale low across Europe and governments treading a fine line of issuing stark warnings, tempered by the prospect of light at the end of the tunnel in the form of mass vaccinations, Merkel placed the latest Christmas setback within a wider context.

"Women and men stationed far away from home to ensure our security know what it means to have limited contact with loved ones," Merkel said. "They know what is means to only be able to Skype over a long period of time instead of being together. … What awaits many of us over Christmas is ordinary for our people on missions abroad."