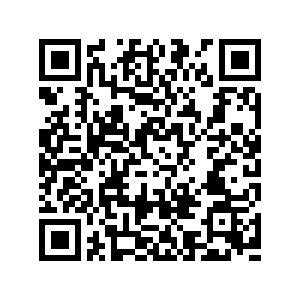 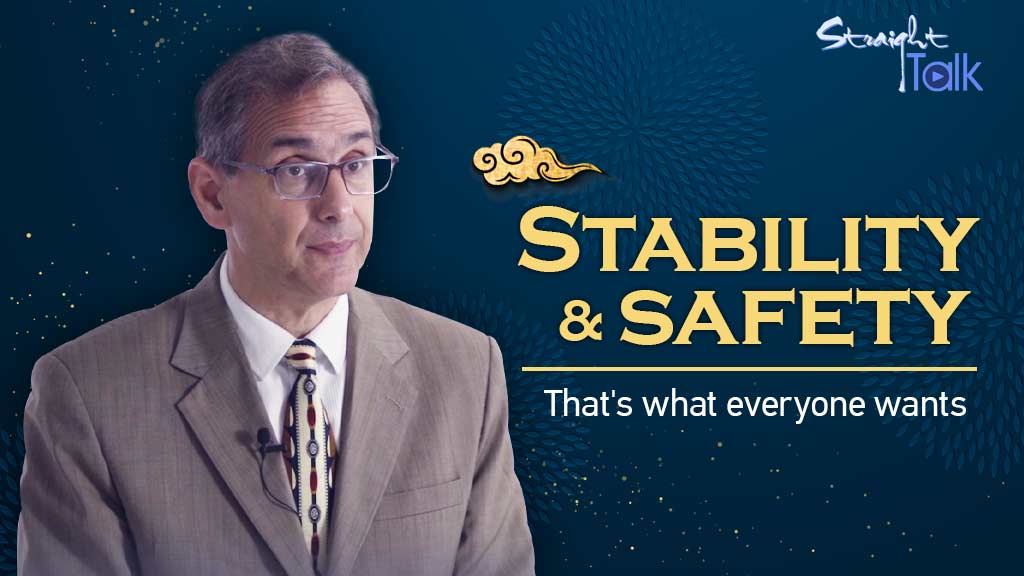 Editor's note: Mario Cavolo is a senior fellow at the Center for China and Globalization. In this video, he shares his own observations about China's development while refutes Western countries' false reports against China. The article reflects the author's opinions and not necessarily the views of CGTN.

China is the single core economic growth engine of the global economy, more obvious and essential than ever.

Consider the contrast, the triple header of turmoil we are witnessing in the West, economic weakness, the chaos of political instability, and the coronavirus pandemic all but out of control.

We must all be called together to recognize this critical moment, not for its politics, but for humanity's sake, we must look at China fair and square. No propaganda, no politics, just reality as we hope for our future.

China is the world's largest safe, stable and successful society on planet earth. It is. There are no guns, and violent crime is extremely low.

Households report satisfaction amongst the highest in the world, they cooperate with their government, 90 percent of families own their homes and 90 percent have basic healthcare coverage.

Consider the recent Harvard global study of citizens most satisfied with their governments and lives, it doesn't surprise me China is No.1.

Let's talk about why? Because people mainly want two things in daily life. They want stability and they want to feel safe. You may care more to scream at the top of your lungs that U.S. President Donald Trump is a big ugly orange-haired clown. But here in China, you are NOT allowed to disturb your neighbor, your neighborhood and, by extension, the stability of the society.

There is a balance of law and order, well free to pursue a better life, and we genuinely hope the Chinese government will continue doing the terrific job it has been doing for the past 30 or so years.

Because...When ANY government in the world starts doing a bad job for its citizens, they suffer. We see that in America now.

But we do not want to see America struggle.

So then, we must identify where the strength is in the world right now, and that strength is found in China.

No. 1: The coronavirus is 100 percent under control here right now. Wherever a few local cases are identified, the outbreak is quickly traced, managed and extinguished. Plus, there is a two-week quarantine buffer at the border to keep the virus out.

No. 2: In the age of 24-hour social media, the global community is more informed than ever.

The U.S. State Dept. says the Communist Party of China (CPC) is a "brutal evil regime aggressively repressing people of all faiths and religions," as opposed to the simple truth that this past Sunday, we all went to church! Millions and millions go to church or temples or mosques. You wanna go, you go. That's simple.

As a Citizen Volunteer Liaison for the U.S. Consulate here in China, they appreciate I report these facts to the Consulate, and I am now directly calling on the State Dept. to retract its statement. Mike Pompeo's lies are a disgrace.

By the way, NO country lets you build illegal buildings w/o zoning permissions for non-profit churches. If you don't believe me, try building one yourself and see how quickly the authorities show up to shut you down.

No. 3: The CPC is "committing genocide in Xinjiang," please, as supposed to the simple truth that Uygurs and all minorities here enjoy multiple preferential policies, are more prosperous than ever with all schools teaching in their native language.

The 800-year-old Keriya mosque was not destroyed; the gatehouse was renovated with a new parking lot for MORE visitors.

A satellite map of a supposed "concentration camp" is actually a five-star apartment complex.

They told you birthrates for Uygurs declined significantly, they intentionally didn't tell you Han birthrates in the same region also declined.

Yes, the regional birth rate in the region dropped from 15.88 per 1,000 people in 2017 to 10.69 per 1,000 people in 2018. That's for two crystal clear reasons, the government has implemented the same family planning policies for everyone. And vastly improved education system means more younger women are pursuing education to improve their lives instead of having more babies. IUD use is in line with many other countries, and greater attention has improved, the rate of women's gynecological diseases has been reduced from 41.6 percent in 2010 to 29.9 percent in 2018. The Uygur population has increased by 3 million people since 2010. So, who's mind is so twisted to call that genocide of the Uygurs?

You heard the Chinese government doesn't let anyone visit. But All international authorities were invited, they did visit and said good job. The United States refused to join the visits. The media regularly lies and slanders China, so the Chinese control the media, wouldn't you?

Is the black or Latino community in America able to share a similar positive story of steady improvement and education? No.

No. 4: And international student exchange programs are a regular part of the university system as any country. Chinese exchange students are all over the world, learning about the world.

No. 5: "Foreign Companies are leaving China in Droves." NO. The U.S. China Business Council and the American Chamber of Commerce in China have clearly told the world American companies in China aren't going anywhere. In fact, over a third of them are still increasing their investments and commitments here.

You are wise, you are an independent thinker, and I implore you to use your reason and sense. Blaming China for your troubles is a fool's game. Blaming Trump for America's problems is also a fool's game because America's troubles began 20 plus years ago, and that is why he was elected in the first place.

Let go of your politics, take a breath, and ask what humanity on this planet really needs? Do we really need American style freedom & democracy with military warmongering shoved down our throats? It is true humanity is safer thanks to the U.S. military. U.S. imperialism and bullying is Guo Fen Le, it has gone far beyond that noble goal, killing and displacing millions of innocent people, and it needs to stop.

Doesn't stability and safety for everyone sound like the right priorities? Here's a quote...

"…humanity lives in a global village where the interests and destinies of all countries are intertwined and must be allowed to develop…."

It sounds maybe like Hillary Clinton, but no, those are the words of Chinese President Xi Jinping, and they speak exactly to the hope and action the world and humanity need right now.