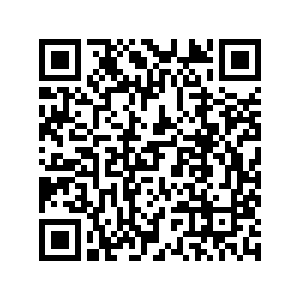 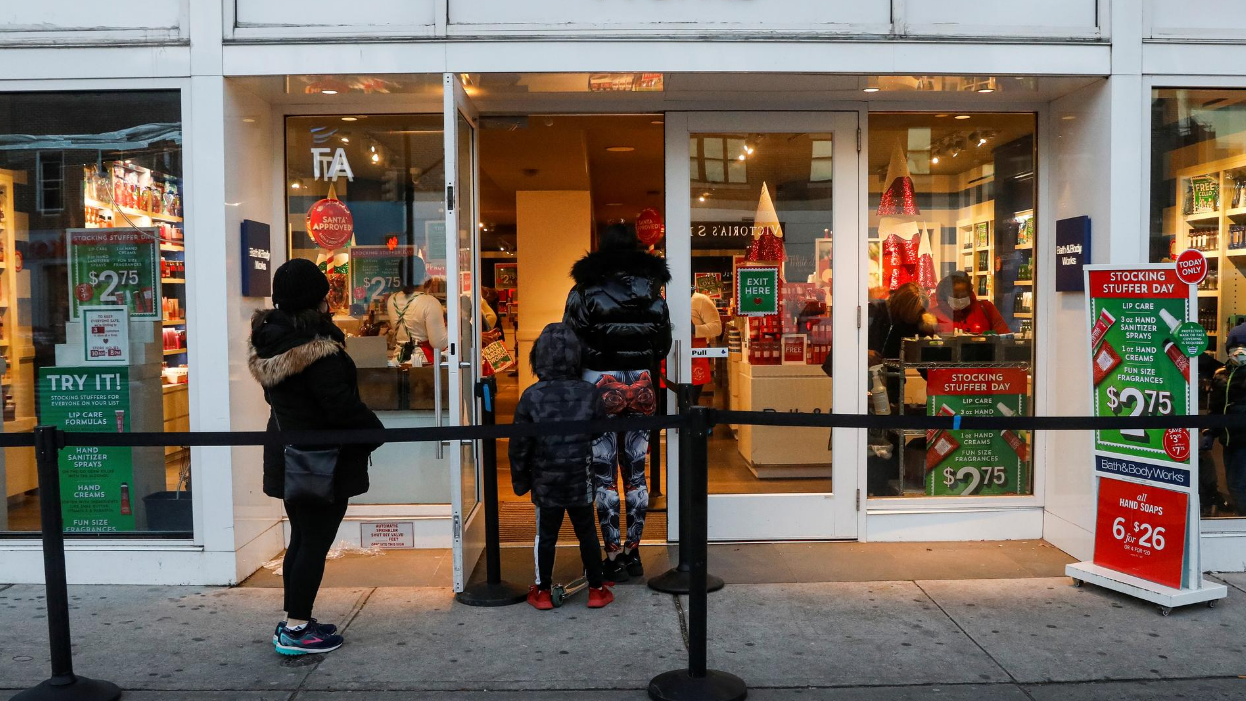 The number of Americans filing first-time claims for unemployment benefits unexpectedly fell last week, though remaining elevated as more businesses face restrictions and consumers hunker down amid an explosion of new COVID-19 cases.

The raging pandemic and delays by Congress to approve another rescue package are sapping energy from the economy as the curtain closes down on a brutal year. Other data on Wednesday showed consumer spending dropping in November for the first time since the recovery from the coronavirus recession started in May. Spending was depressed by a plunge in income.

Even housing, the economy's star performer is getting tired, with sales of new single-family homes tumbling to a five-month low in November. The reports followed on the heels of data on Tuesday showing consumer confidence slumping to a four-month low in December.

They bolstered analysts' predictions of a sharp slowdown in growth in the fourth quarter after fiscal stimulus led to a historic surge in gross domestic product in the third quarter.

Initial claims for state unemployment benefits fell 89,000 to a seasonally adjusted 803,000 for the week ended December 19, the Labor Department said. Economists polled by Reuters had forecast 885,000 applications in the latest week.

Including a government-funded program for the self-employed, gig workers and others who do not qualify for the regular state unemployment programs, 1.3 million people filed claims. There were about 20.4 million people collecting unemployment benefits in early December.

Congress on Monday approved additional fiscal stimulus worth almost $900 billion, but economists said this was too little and too late. President Donald Trump has threatened not to sign the relief bill because he wants Congress to raise the amount in the stimulus checks to $2,000 for individuals, instead of the $600 that is in the legislation.

Economists expect a chunk of the stimulus checks will be saved. Health experts also warn it could take a while for herd immunity to the virus, suggesting that more government aid would be needed to support the economy through at least summer.

The United States is being battered by a new wave of coronavirus cases, with more than 18 million people infected and over 320,000 dead, according to a Reuters tally of official data. State and local governments have re-imposed restrictions on businesses, undercutting consumer spending and unleashing a fresh round of layoffs. 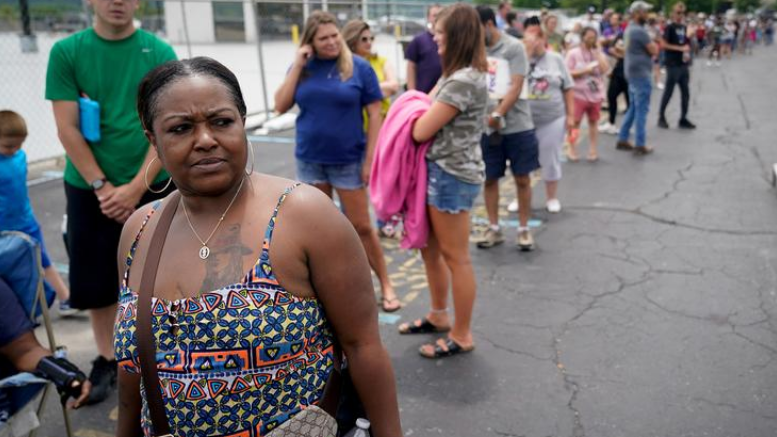 Rose Carter, of Lexington, waits in a line outside a temporary unemployment office established by the Kentucky Labor Cabinet at the State Capitol Annex in Frankfort, Kentucky, U.S., June 17, 2020. /Reuters

Rose Carter, of Lexington, waits in a line outside a temporary unemployment office established by the Kentucky Labor Cabinet at the State Capitol Annex in Frankfort, Kentucky, U.S., June 17, 2020. /Reuters

More than $3 trillion in government aid led to a 33.4 percent annualized GDP growth rate in the third quarter following a 31.4 percent pace of contraction in the April-June period.

Though jobless claims have dropped from a record 6.867 million in March, they remain above their 665,000 peak during the 2007-09 Great Recession. Some economists attributed the surprise drop in claims last week to states cracking down on fraud. Claims are also volatile this time of the year.

"The labor market is still much worse than it was before the pandemic, and the pace of improvement has slowed since the summer," said Gus Faucher, chief economist at PNC Financial in Pittsburgh, Pennsylvania.

U.S. stocks were higher. The dollar slipped against a basket of currencies. U.S. Treasury prices fell.

A second report from the Commerce Department showed consumer spending, which accounts for more than two-thirds of U.S. economic activity, fell 0.4 percent in November after gaining 0.3 percent in October. Consumers cut back on purchases of goods like new motor vehicles, clothing and footwear, offsetting increases in spending on food and beverages from supermarkets and liquor stores. They also slashed spending at restaurants and bars, as well as on accommodation and household electricity and gas.

Personal income decreased 1.1 percent in November, pulled down by the expiration of a government loan program for businesses hit by COVID-19. There were also declines in coronavirus-related government payments to farmers and ranchers, as well as unemployment subsidies. It was the fifth drop in income in seven months. As a result, Americans dipped into savings. The saving rate fell to a still-high 12.9 percent from 13.6 percent in October.

A third report from the Commerce Department showed business spending rising in November, though the pace has slowed. Still, business investment could blunt some of the impact of slowing consumer spending and keep the economy on a moderate growth path this quarter.

Growth estimates for the fourth quarter are mostly below a 5 percent rate. Economists expect modest growth or even a contraction in the first quarter of 2021.

"Risks are skewed to the downside for growth in the fourth quarter and first quarter of next year," said Rubeela Farooqi, chief U.S. economist at High Frequency Economics in White Plains, New York.

(Cover: Shoppers wait in line outside a retail store, as the global outbreak of the coronavirus disease continues, Brooklyn, New York, December 8, 2020. /Reuters)