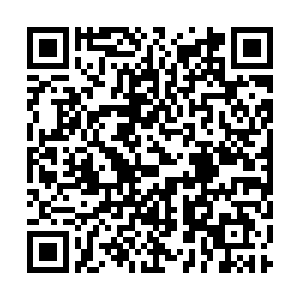 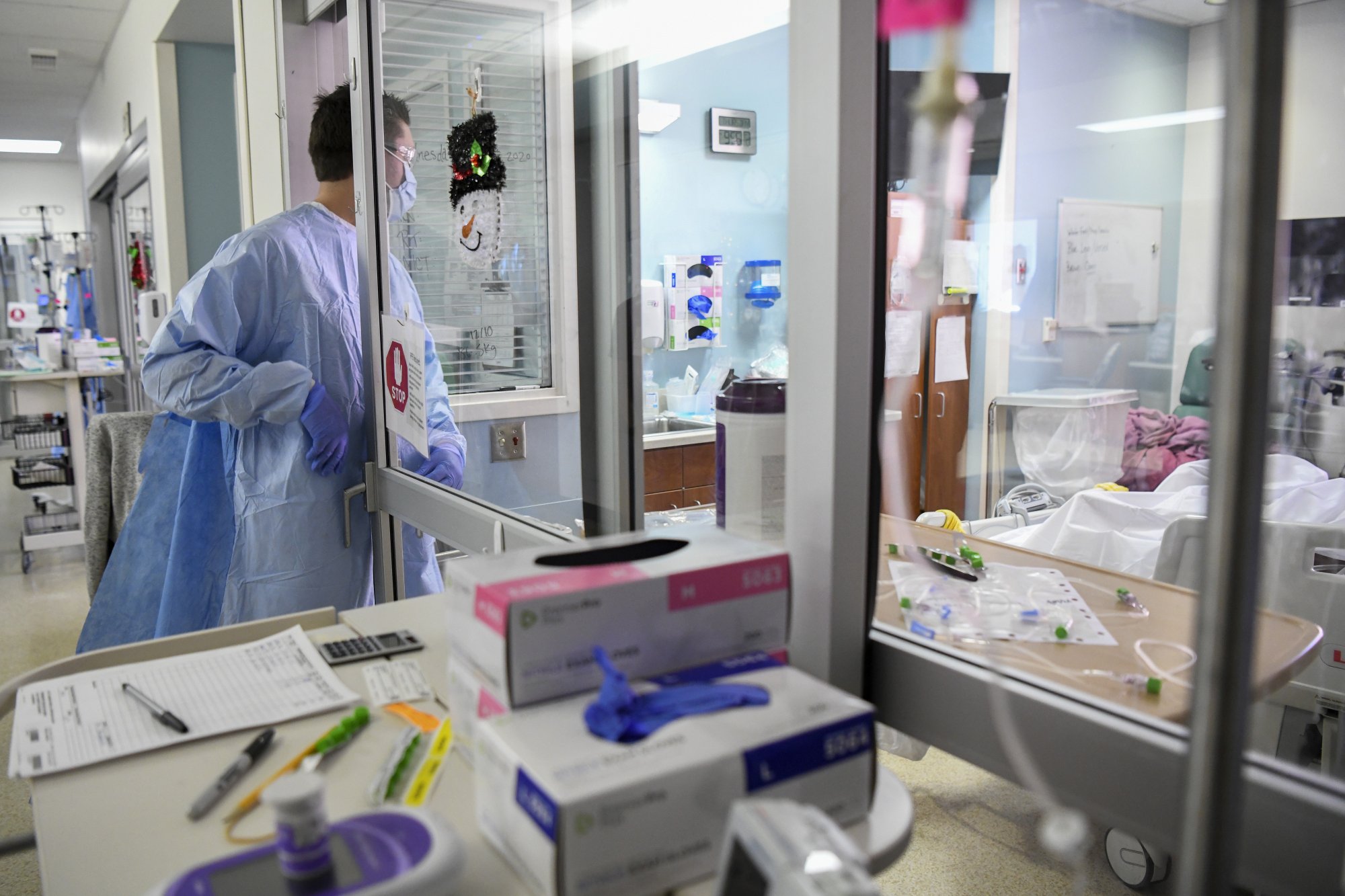 Amid a surge of infections, the frontline healthcare workers in the U.S. saw their hopes dashed by the administrative failures that denied their access to the potentially lifesaving COVID-19 vaccines, despite many of them are volunteering to work in intensive care units (ICUs) or look after the critically ill.

More than 100 Stanford doctors protested on Friday over the biased vaccine distribution system, which, according to them, lagged the COVID-19 vaccination for respiratory therapists, environmental services workers, nursing staff, residents, and fellows who interact with patients.

The Guardian reported that the frontline health workers were unable to lay claim to initial doses of the vaccine, even as they learned that employees doing telehealth from home had nabbed slots.

Residents, doctors in training, were especially frustrated because they were asked to volunteer for the coronavirus ICU after finishing their training, but Stanford's algorithm was not prioritizing them for vaccination.

Christine Santiago, one of the internal medicine residents with Stanford Health Care in California, where ICU availability is under two percent statewide, said: "I think that there's a sense of disappointment in not really being considered, despite sort of being held up as like, you know, 'healthcare heroes', and being on the frontlines."

Ronald Witteles, program director at Stanford's internal medicine residency program, tweeted that the vaccine rollout "was an absolute mess" and "one of the most upsetting 24 hours I have ever experienced."

Stanford Medicine has apologized for "the errors in the execution of our vaccine distribution plan," which it was "immediately revising."

"Our intent was to develop an ethical and equitable process for distribution of the vaccine," the statement said. "We apologize to our entire community, including our residents, fellows, and other frontline care providers, who have performed heroically during our pandemic response."

Meanwhile, medical workers in Boston are also distraught for the frustration in getting a vaccination appointment for themselves. 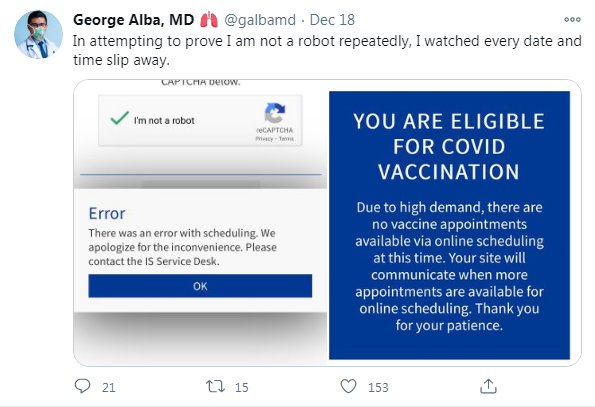 Tweet of George Alba, a pulmonary and critical care physician at Massachusetts general hospital, on December 18 about the frustration he encountered while applying for COVID-19 vaccine appointment. /@galbamd

Tweet of George Alba, a pulmonary and critical care physician at Massachusetts general hospital, on December 18 about the frustration he encountered while applying for COVID-19 vaccine appointment. /@galbamd

In Boston's Mass General Brigham system, employees filed into a long line on Thursday morning to sign up for shots in-person, after the online scheduling platform crashed. But staff in emergency departments couldn't abandon their patients. Once appointments came back online, availability vanished in minutes, a rush one physician likened to buying tickets to see Taylor Swift.

"It has converted it [into] almost like a parking spot, you know?" said the doctor, who spoke on condition of anonymity. "It's almost become an employee perk that everyone's rushing to get as soon as they can."

"In attempting to prove I am not a robot repeatedly, I watched every date and time slip away," tweeted George Alba, a pulmonary and critical care physician at Massachusetts general hospital.

He added: "We got crushed by a boulder of operational failure."

In response to the frustrations, a spokesman said Mass General Brigham was following priorities set by the Commonwealth of Massachusetts with guidance from the federal Centers for Disease Control and Prevention, and that "the first group is deliberately inclusive of the role groups who are involved in the care of COVID patients."

"While we have now scheduled as many appointments as our initial supply allows, we expect to receive a significant shipment of vaccine in the coming days," he said.

The Pentagon announced Wednesday that the U.S. has purchased an additional 100 million doses of the Pfizer/BioNTech COVID-19 vaccine.

That brings the current U.S. supply of COVID-19 vaccine to 400 million doses -- half from Pfizer and half from Moderna -- allowing it to immunize 200 million people under the two-shot regimens.

"Under the terms of the agreement, Pfizer will deliver at least 70 million doses by June 30, 2021, with the balance of the 100 million doses to be delivered no later than July 31, 2021," the defense department said in a statement.

As of Thursday, the U.S. has recorded 18,455,656 cases of coronavirus cases, including 326,088, according to data compiled by the John Hopkins University.