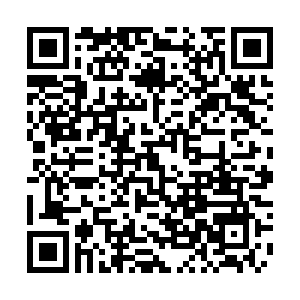 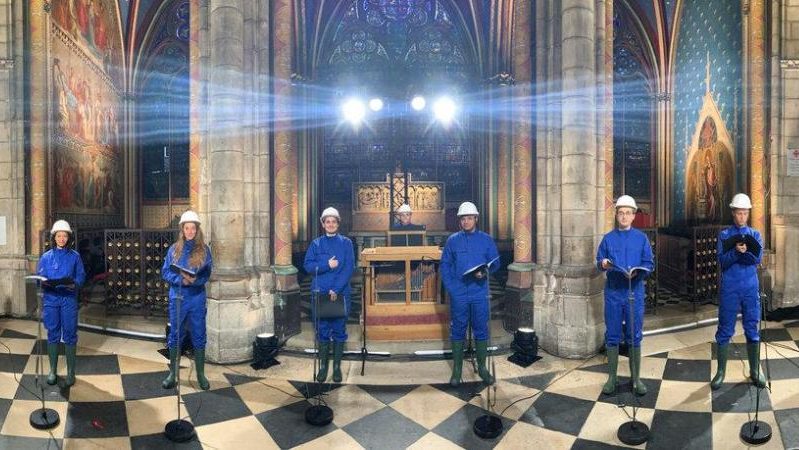 Wearing hard hats and protective suits, members of the choir of Notre Dame Cathedral sang inside the medieval Paris landmark for the first time since last year's devastating fire for a special Christmas Eve concert.

The singers performed beneath the cathedral's stained-glass windows in the darkened church with no audience. The concert was recorded at the cathedral earlier this month, and was broadcast on French television just before midnight on Thursday.

The choristers performed classical pieces by composers Mozart and Schubert, but also a more light-hearted repertoire, including "Jingle Bells."

"It was very moving," said cellist Gautier Capucon, describing the experience of recording the concert. Along with an organist, he provided the musical accompaniment for the choir.

"It was the first time we had all been back at Notre Dame cathedral since the fire, so it was a moment full of emotion," he said in an interview with television station franceinfo.

The April 2019 fire consumed the cathedral's lead roof and destroyed its spire, and only earlier this month did workers finally stabilize the site enough to begin rebuilding.

The Notre Dame choir used to give 60 concerts a year inside the cathedral but has been itinerant ever since, moving among other Paris churches.