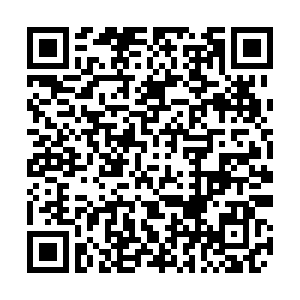 The COVID-19 pandemic has wreaked havoc on global sport this year, as a host of major events were canceled or postponed. As a result, the year 2021 will be packed with high-profile events, dominating with Tokyo Olympics and Euro 2020 in the summer.

As another wave hits, it is still uncertain how these games will be staged and whether fans will be allowed into stadiums, but sports showcase the human spirit and inspire the world in such unprecedented times. 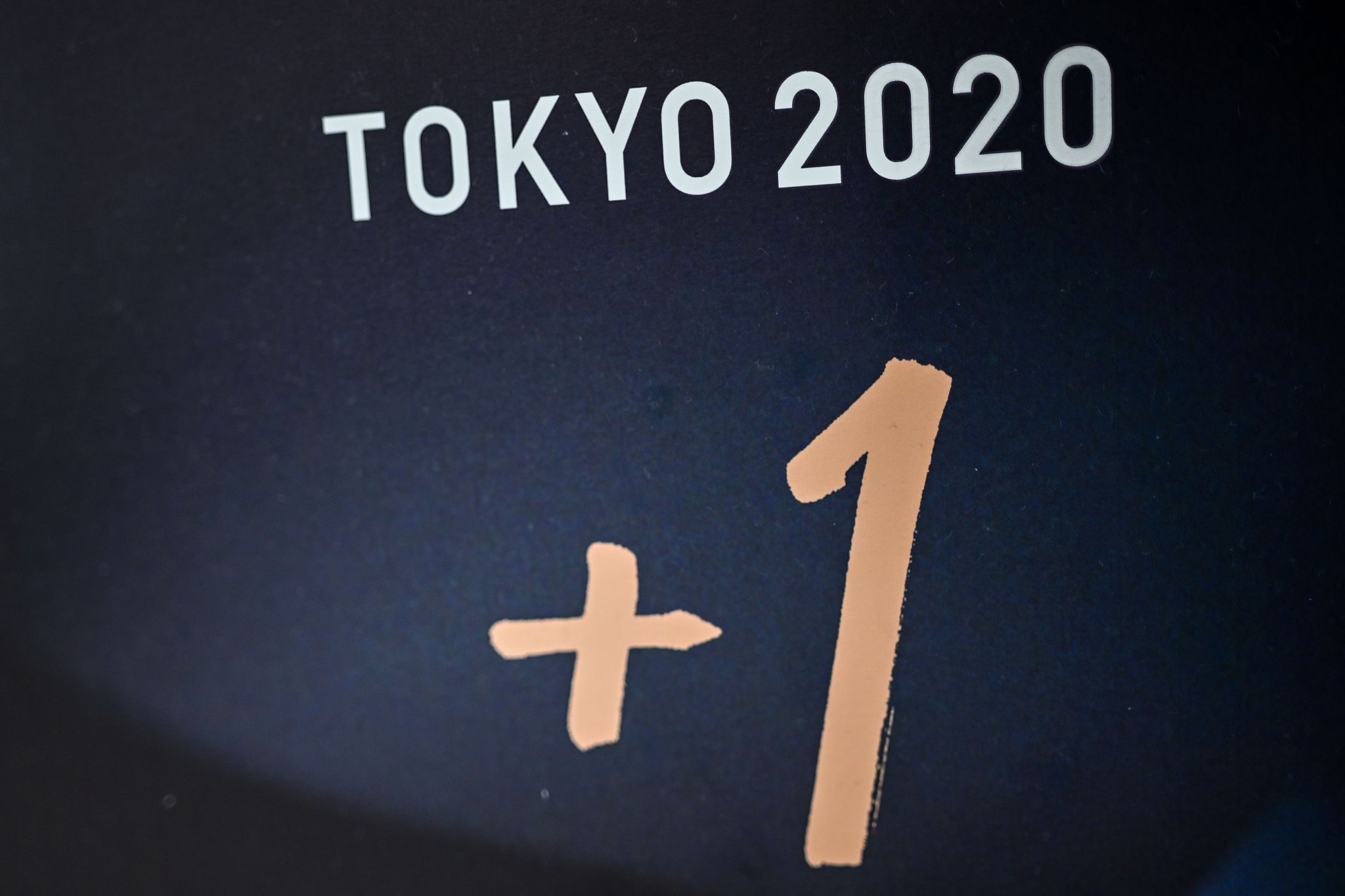 The organizers took the unprecedented step of postponing the Olympics in March because of the pandemic, marking the first time a modern Olympic Games had been delayed in its 124-year history.

The rescheduled Tokyo Olympics will be the centerpiece of a crammed sporting year in 2021, which will now be held between July 23 and August 8, and the Paralympic Games will be held from August 24 till September 5, 2021. 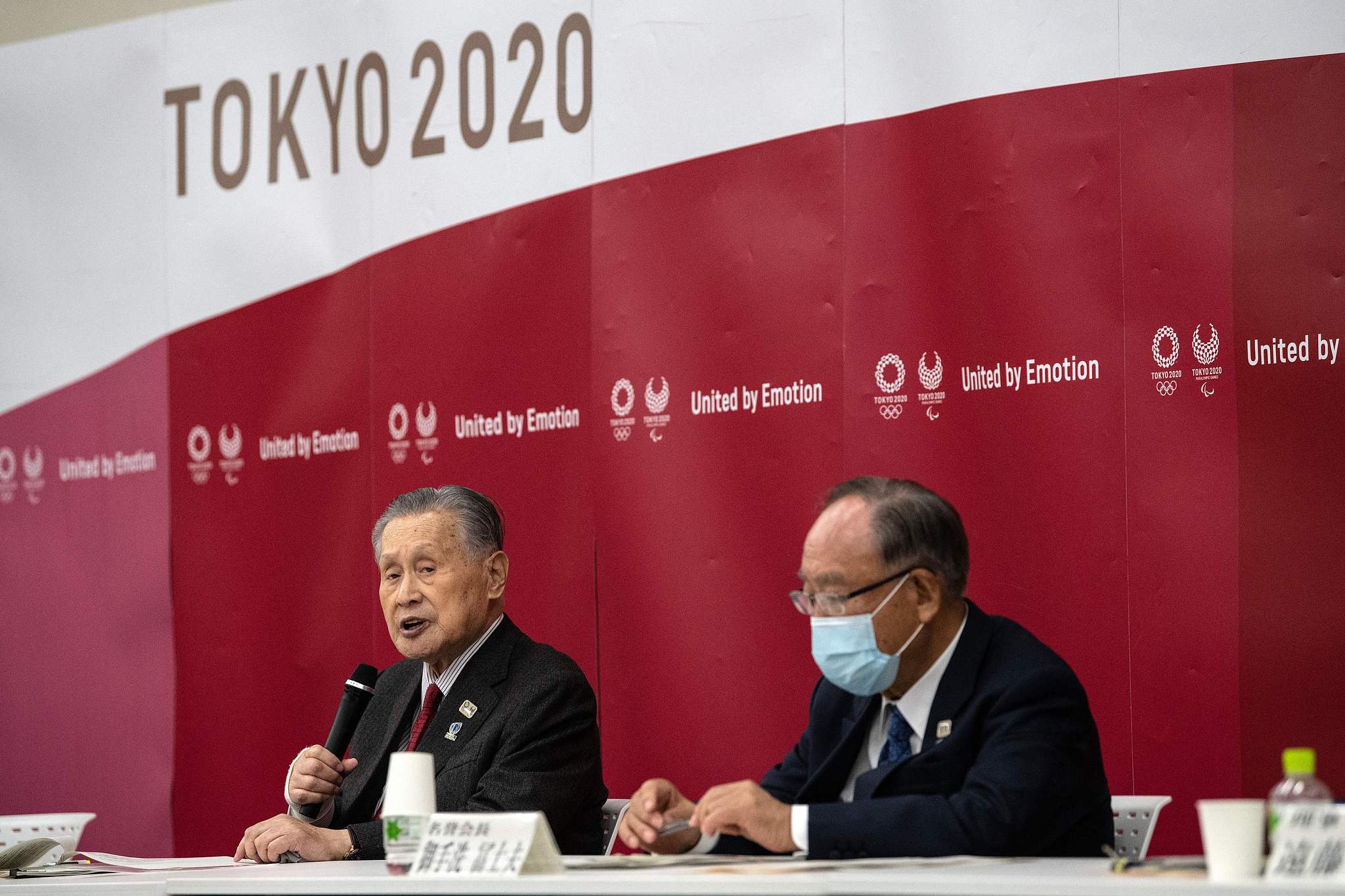 While the tournament will still be called the 2020 Olympics, they have been altered by COVID-19.

Tokyo 2020 organizers and the Japanese government are struggling with increased costs and — despite the growing possibility of vaccines being available — whether to allow foreign visitors and what safeguards and restrictions will be in place.

The organizers' challenge is considerable since the games bring together over 11,000 athletes from 206 countries, accompanied by at least 5,000 officials and coaches, 20,000 media representatives, and 60,000 volunteers. In December, organizers say the delayed Tokyo Olympics will cost at least 1.64 trillion yen ($15.9 billion), with extra costs of up $2.8 billion from figures released a year ago, making it the most expensive Summer Olympics in history.

Organizers have reduced the number of free tickets, scaled down the opening ceremony, and made savings on mascots, banners and meals, but so far have cut just $280 million.

Athletes will be asked to arrive late and leave early, minimize their time in the Olympic village, refrain from speaking loudly, avoid physical contact, and wear masks when not competing or training. They will be screened on arrival and undergo tests every four to five days. 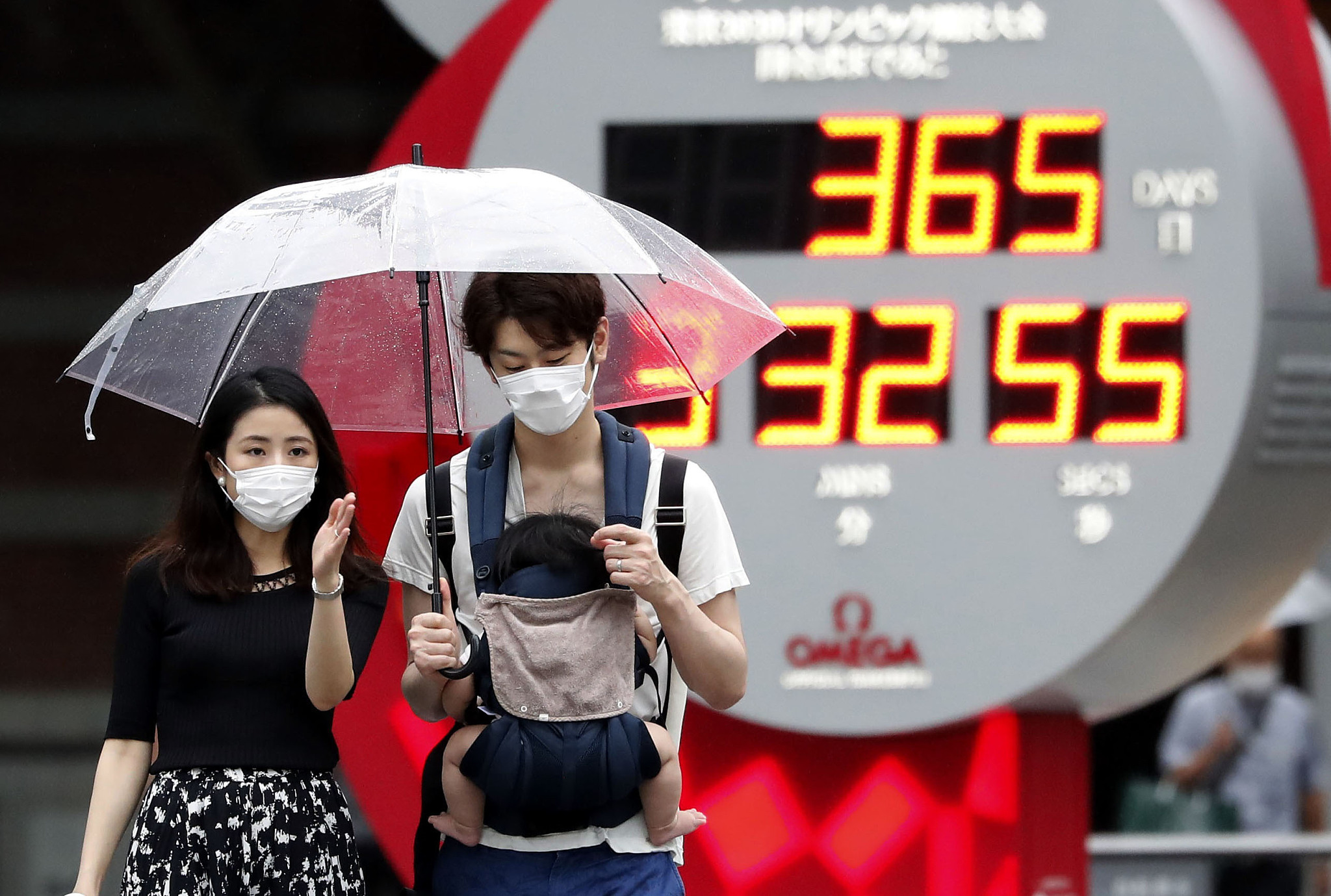 A countdown clock in front of the Tokyo Station after the Tokyo Olympics is postponed until 2021, July 23, 2020. /VCG

A countdown clock in front of the Tokyo Station after the Tokyo Olympics is postponed until 2021, July 23, 2020. /VCG

Meanwhile, enthusiasm also appears to have waned in Japan.

A poll in December showed that a majority of Japanese people oppose holding the Tokyo Games next year, favoring a further delay or outright cancellation of the massive event.

However, Japanese Prime Minister Yoshihide Suga has declared he will host the Olympics "at any cost," pressing ahead with the preparations, as the cost of cancellation is astronomical. And International Olympic Committee President Thomas Bach repeatedly said he was confident the Games will happen and be a success. 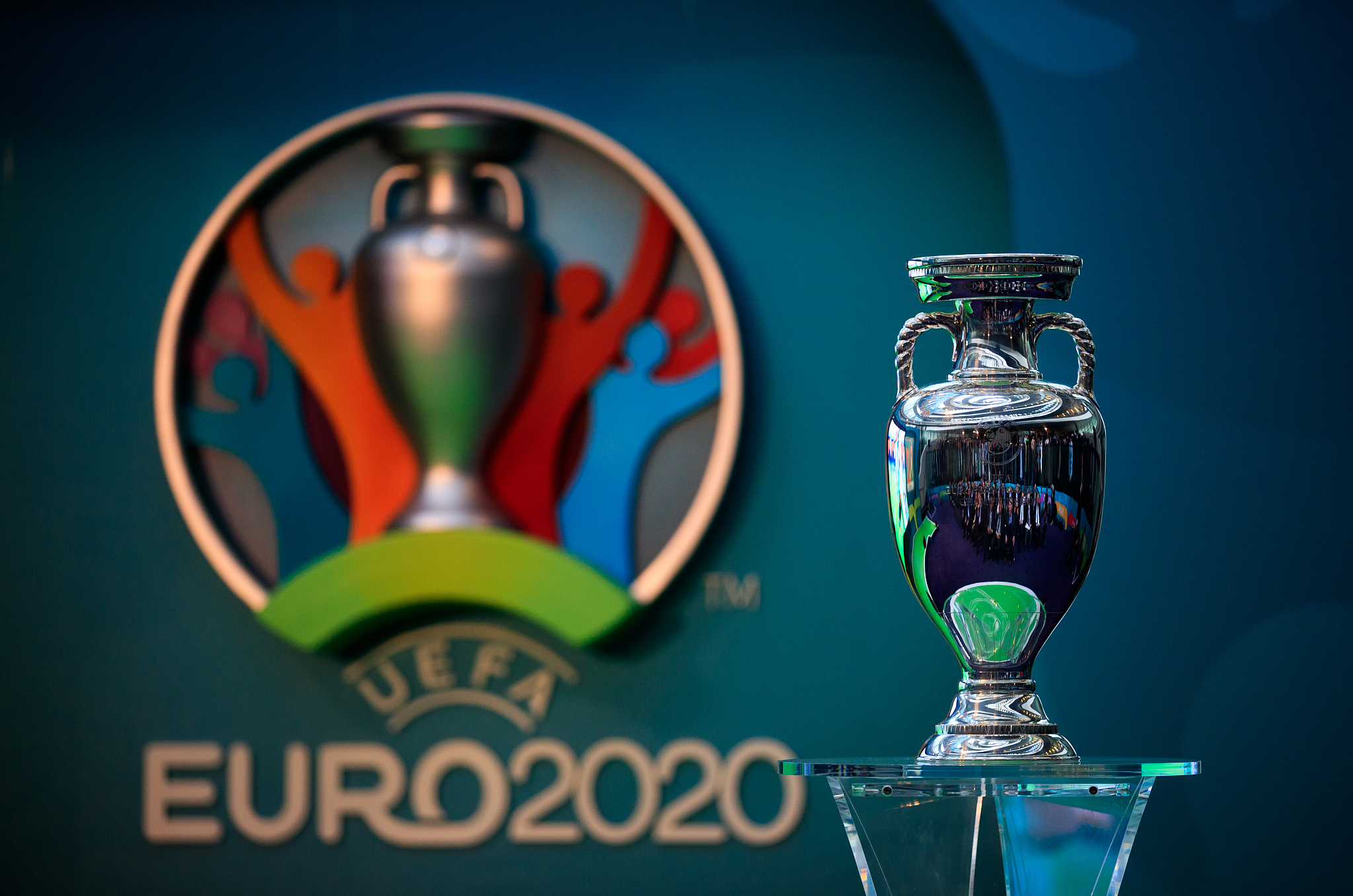 A week before the Games were postponed, the European Championship football tournament, second only to the World Cup in size, was rescheduled until 2021 as UEFA accepted the futility of staging an event across 12 cities during a pandemic.

It will still be called Euro 2020 and is scheduled to stick to the original multi-national format- if the circumstances of the pandemic allow, though some member nations have reportedly been urging UEFA to put all the matches in one country.

Last season's Champions League finished with a "final eight" tournament with matches from the quarter-final onwards played over two weeks in Lisbon, a week-long "final four", in a single-game knockout format. 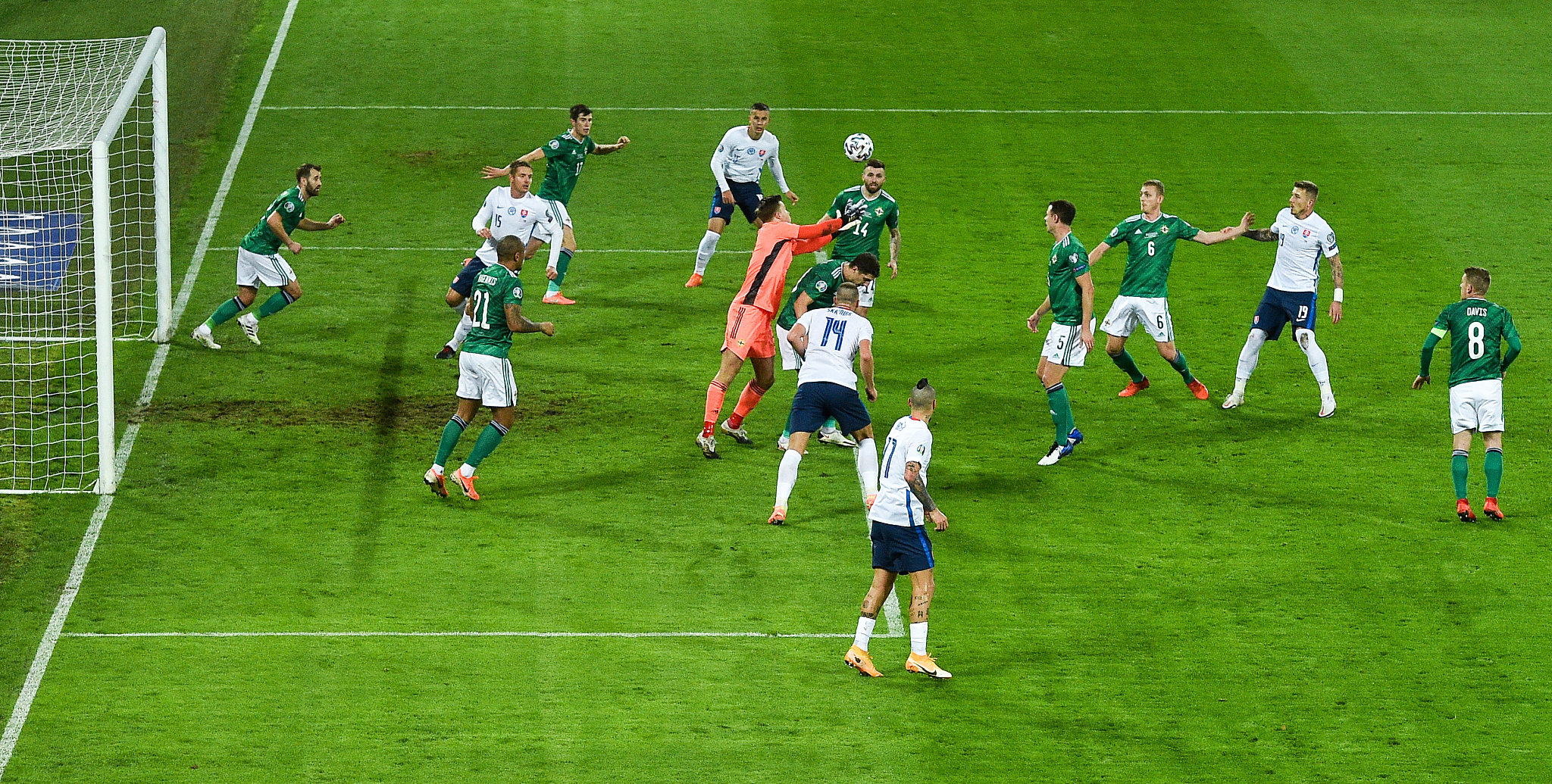 The game between Northern Ireland and Slovakia during the UEFA EURO 2020 qualifying match in Belfast, United Kingdom, November 12, 2020. /VCG

The game between Northern Ireland and Slovakia during the UEFA EURO 2020 qualifying match in Belfast, United Kingdom, November 12, 2020. /VCG

For Euro 2020, Rome's Stadio Olimpico will host the opening match, while England's national stadium Wembley will stage both semi-finals and the final.

It is too soon to say whether matches would be played without spectators, in full stadiums, or with reduced capacities, with so many unpredictable circumstances, and international health regulations likely to change significantly over the next six months.

More than 45,000 tickets have already been sold for the match in the UEFA ballot.

An official announcement on ticket allocations is expected in January.

With so many sports are still canceling around the globe to this moment, and many are maneuvering to minimize overlaps between their revamped schedules and the Olympics, there is still hope in 2021 that "the Olympic flame will become a light at the end of the tunnel". The Olympic flame in a lantern is seen at the Olympic Stadium in Tokyo, Japan, July 23, 2020. /VCG

The Olympic flame in a lantern is seen at the Olympic Stadium in Tokyo, Japan, July 23, 2020. /VCG

What sports events to be expected in 2021?
Note: All events and dates are subject to change