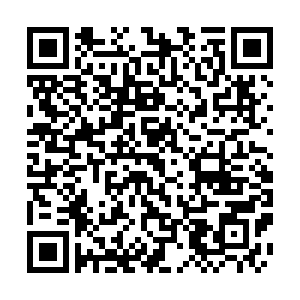 Climate change and biodiversity loss are laying bare our dependence on the natural world for everything from the food we eat to the air we breathe.

But nature also holds the solution to other problems, inspiring scientific discovery in a host of unexpected ways.

Nature is "a source of inspiration for science, because it has figured out the way Earth supports life," said Lex Amore from the Biomimicry Institute.

"It is imperative we look to the biological blueprints that have been successful over millennia to launch groundbreaking ideas faster."

From smelly durian fruit that could charge electric cars to sea sponges that might help build better spaceships, here is a selection of this year's scientific work inspired by nature. 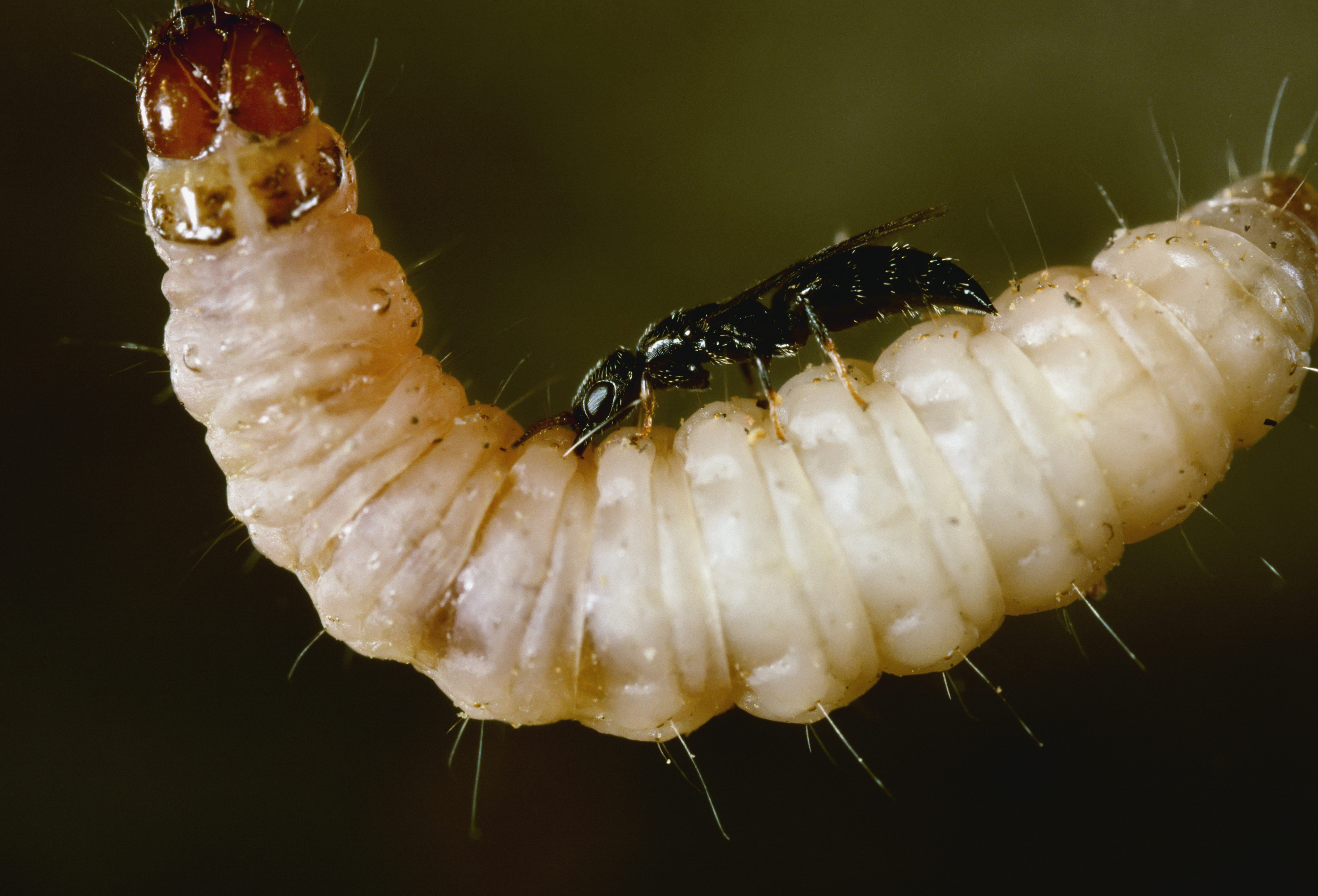 A small parasitic wasp sits on top of a navel orangeworm. /VCG

A small parasitic wasp sits on top of a navel orangeworm. /VCG

Removing tumors and blood clots through minimal invasive surgery may soon become easier thanks to a flexible, ultra-thin and steerable needle inspired by parasitic wasps.

These formidable insects inject their eggs into living hosts such as caterpillars through a hollow needle called the ovipositor.

Scientists from the Delft University of Technology in the Netherlands studied the ovipositor's delivery mechanism, with blades that slide up and down alternately, using friction to push the eggs through.

Researchers designed a needle made up of sliding rods that imitate the ovipositor, according to a recent study in Frontiers in Bioengineering and Biotechnology.

They say the new needle is capable of reaching deeply buried parts of the body to inject medicine or remove harmful formations, while minimizing trauma and patient recovery time.

This is a starkly different outcome than for the targets of parasitic wasps, whose larva often devour their caterpillar host from the inside. 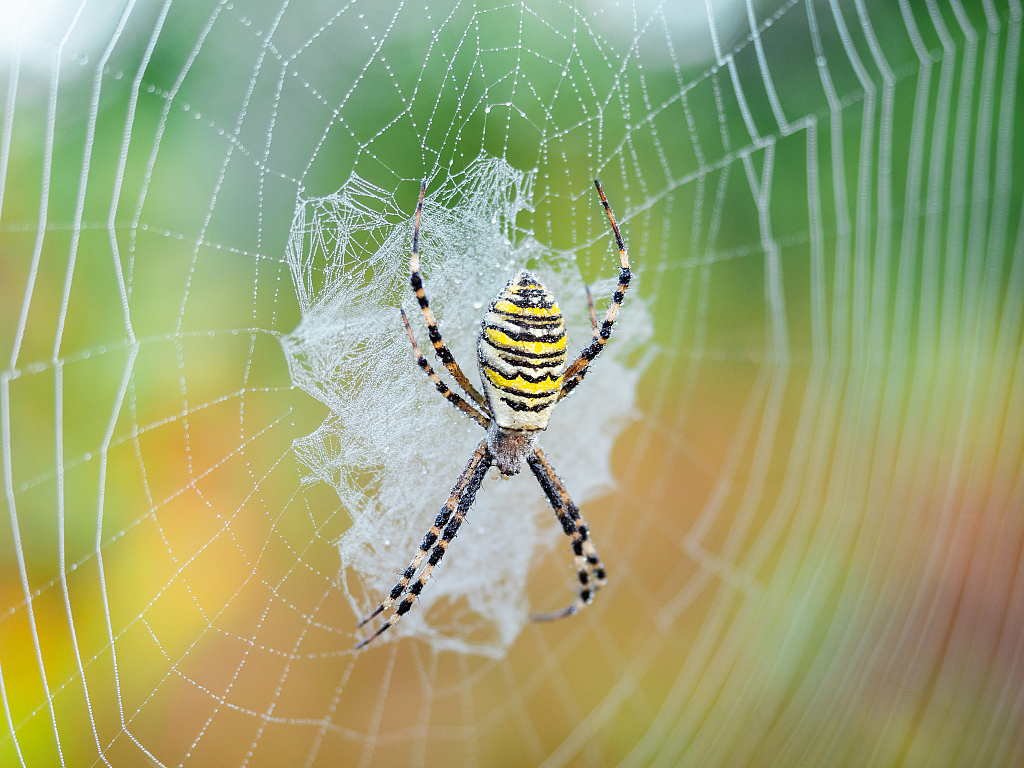 A spider resting on the silk net it wove. /VCG

A spider resting on the silk net it wove. /VCG

Spiders make silk to entangle unsuspecting bugs, but now humans can use it to make optical lenses capable of picturing viruses that are invisible to the naked eye.

In a June study published in the Journal of Applied Physics, scientists said they used daddy-long-legs' dragline silk, which makes a web's frame, as a support for the lens.

In experiments, they covered a strand of spider silk in wax then dripped resin onto it. As it condensed, the silk naturally formed a dome, which researchers baked in an ultraviolet oven.

The resulting optical lens is about the size of a red blood cell and could be used to picture nano-scale objects like viruses or the insides of biological tissue.

As the lens is made from natural, non-toxic material, it can safely be used inside the body. 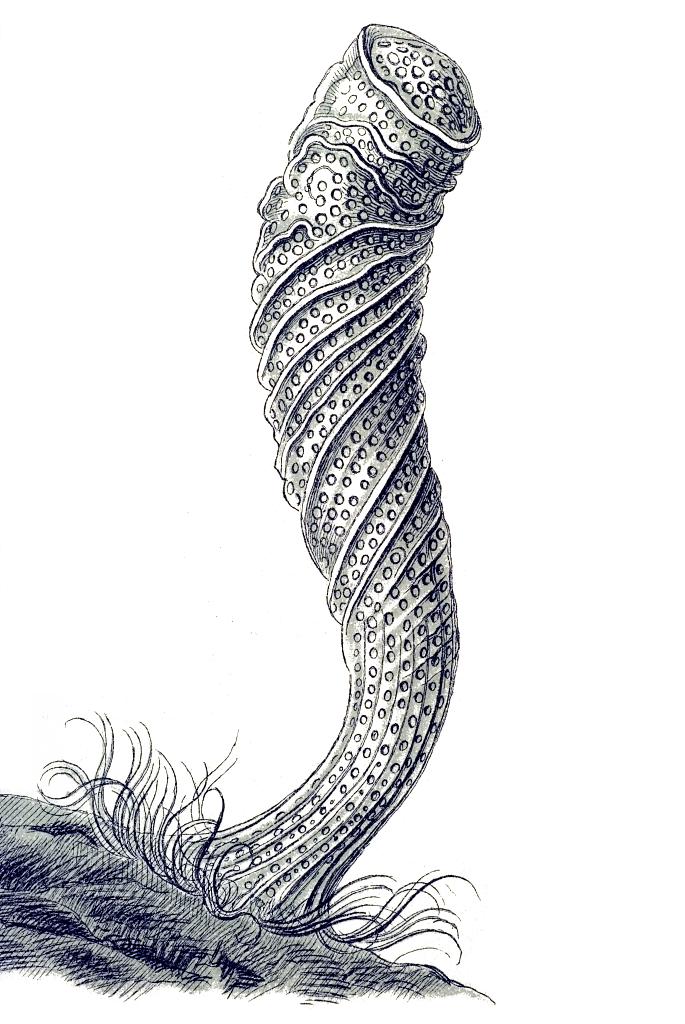 A sketch of a Venus' flower basket. /VCG

A sketch of a Venus' flower basket. /VCG

An intricately latticed marine sponge called the Venus' flower basket found in the depths of the Pacific Ocean could inspire stronger skyscrapers, longer bridges and lighter spacecraft, according to a September study published in Nature Materials.

Scientists discovered that the structure of the sponge's tubular skeleton gives it a higher strength-to-weight ratio than traditional designs that have been used for centuries for buildings and bridges.

"We've been studying structure-function relationships in sponge skeletal systems for more than 20 years, and these species continue to surprise us," said co-author James Weaver, a Harvard University scientist. 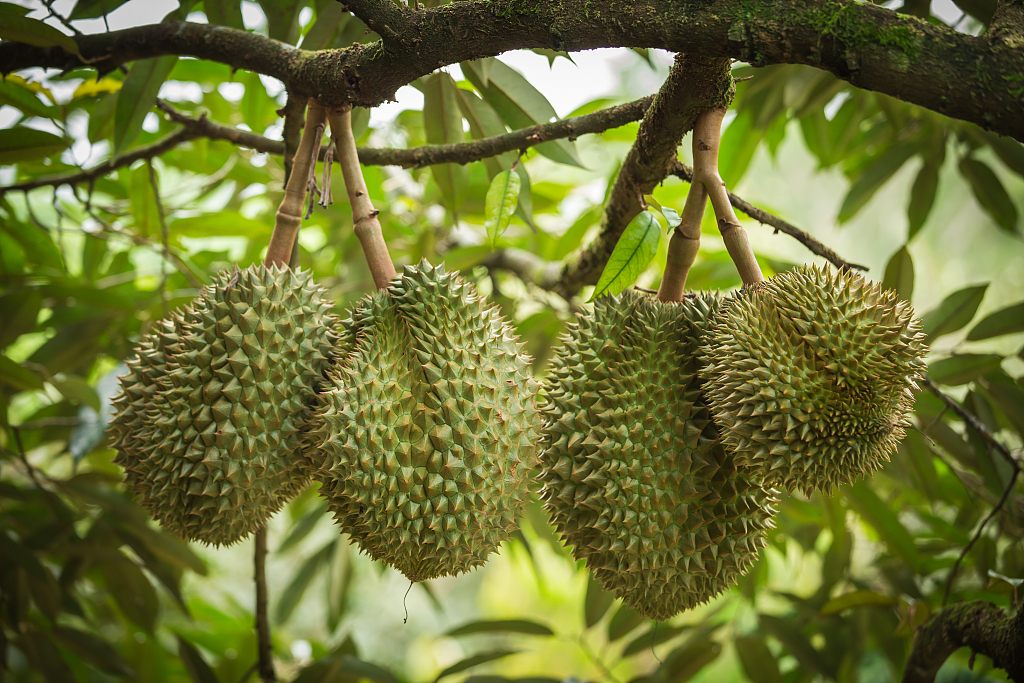 To some they are succulent and delicious, to others they are so overpoweringly stinky that they are routinely banned from hotel rooms across Southeast Asia.

But the durian fruit may be about to add a new unexpected reason for its fame, helping to charge mobile phones and electric cars.

In a February study published in the Journal of Energy Storage, scientists described how they made extremely light and porous materials called aerogels from the fruit.

"(Super-capacitors) can quickly store large amounts of energy within a small battery-sized device," he said.

They can then supply energy to charge electronic devices such as mobile phones, tablets and laptops within a few seconds, he added. 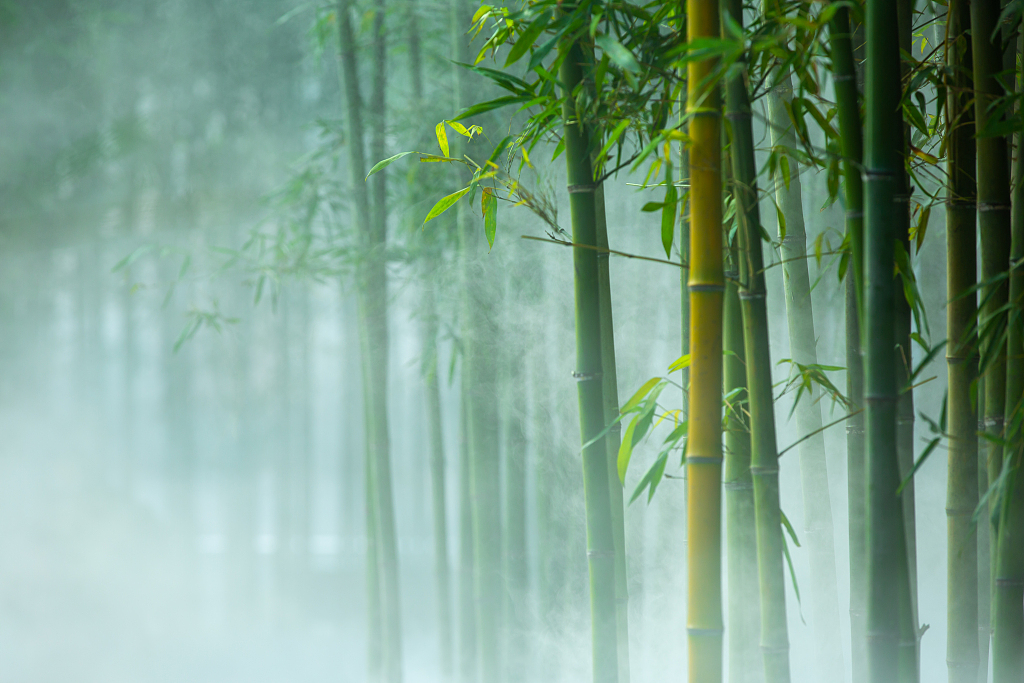 Cars, airplanes and buildings are mostly made of steel, concrete or brick.

Bamboo has attracted interest as a versatile construction material. But how to make it strong enough? In a May study published in the ACS Nano, researchers said they had found an answer.

By partially removing the lignin, an organic substance which forms woody tissue, and microwaving the bamboo, researchers said its strength nearly doubled.

Bamboo is already used to build houses and bridges, but this new discovery may further increase its popularity as a light, fast-growing and sustainable alternative to polluting materials.

From forests to the depths of the oceans, Amore from the Biomimicry Institute said there was "so much intelligence" to tap into in the natural world.

"We can use biomimicry, this practice of studying nature and replicating its strategies in design, to not only learn from nature's wisdom, but also heal ourselves, and this planet, in the process."